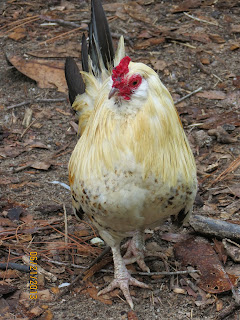 Izzy the Fent is a very special rooster.
It was May 23, 2008, when we were at Kathy B. house that we saw four little chicks and their mother in a small cage. One of the chicks, who was later named Izzy, had been attacked through the cage and had a large scab covering about half of his head. We took him and the other chicks- named Cuckoo, Axel and Missy- home. We had to keep Izzy away from his brother and sisters because they would peck at his head. It was not long before he bounded to me and acted as if I was his mother. 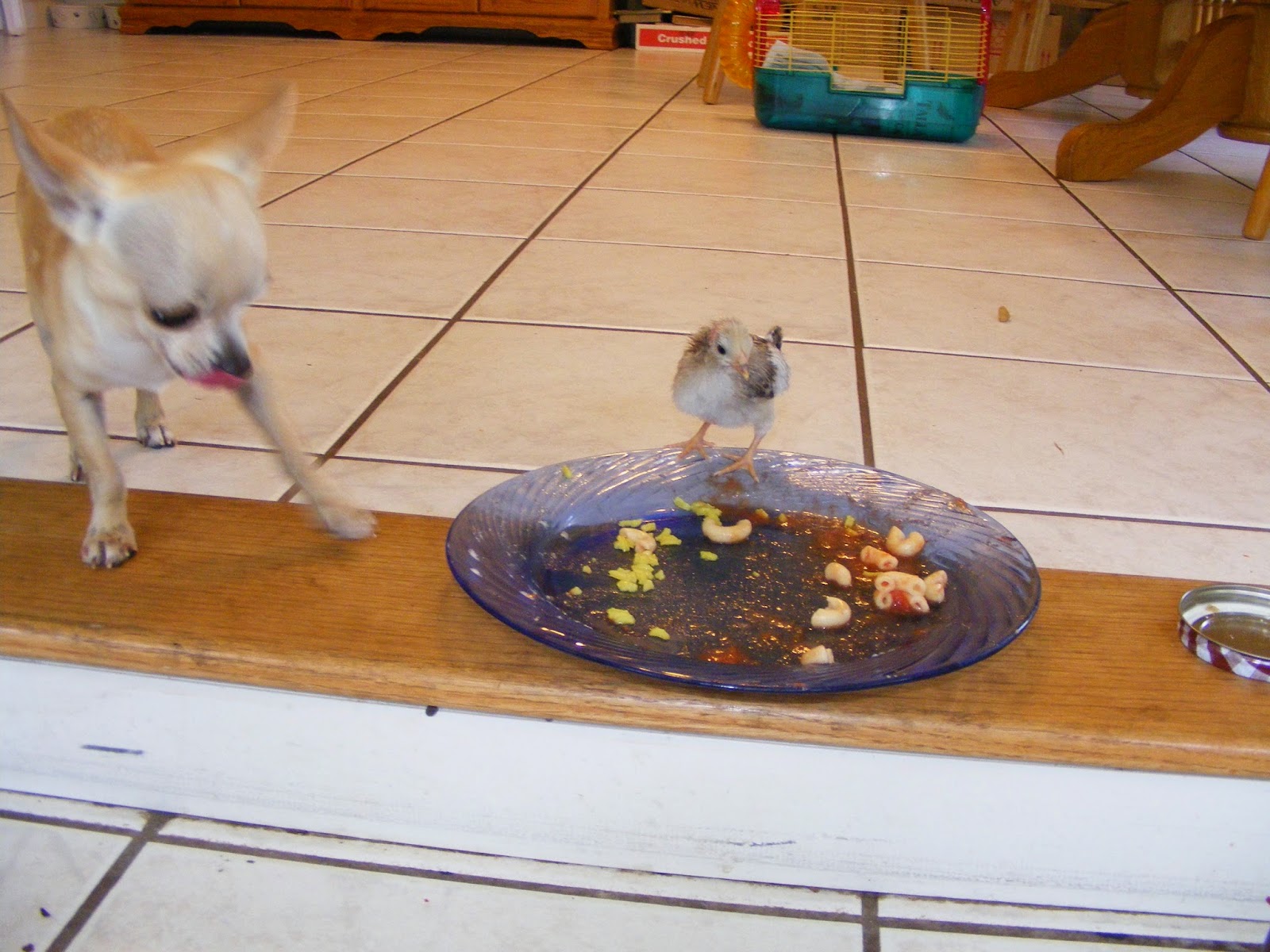 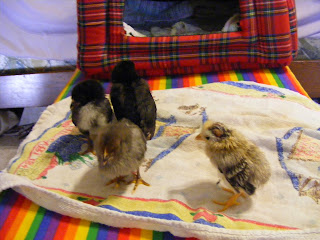 I had to carry him with me as I did my chores and he slept in a dog bed beside my pillow at night. Soon his head healed. I was sure that he was a hen- hence the name- until he started flying up on the end of my bed each morning to crow. 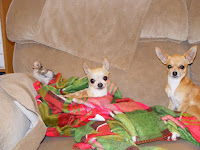 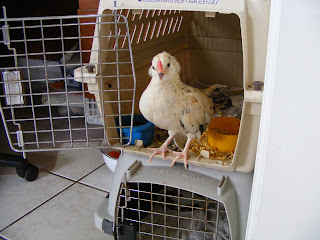 He was later moved outside. We kept him with Flower at first.
Although he has had several other hens in his flock, Flower remained his favorite hen until her death in April of 2015. 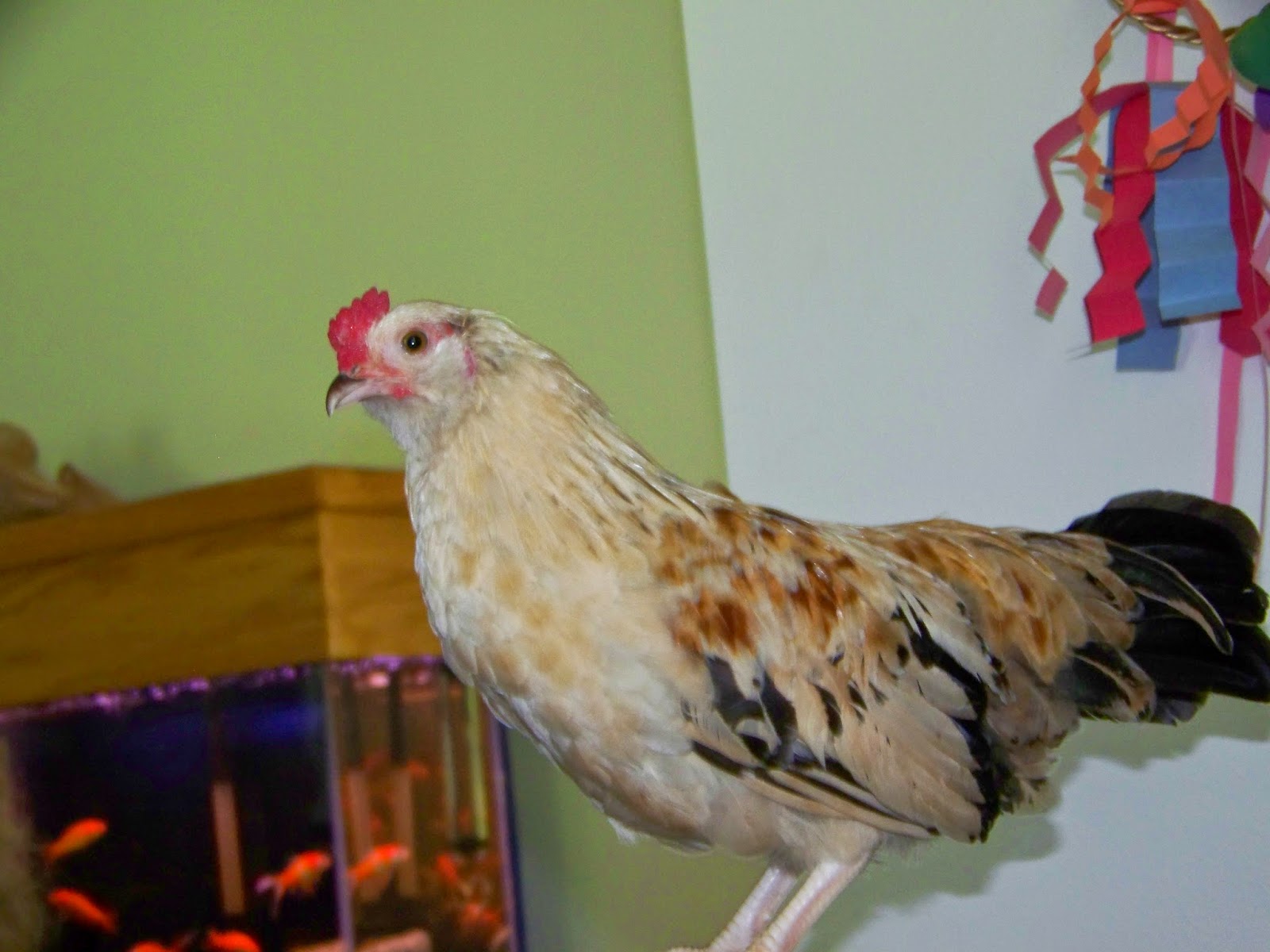 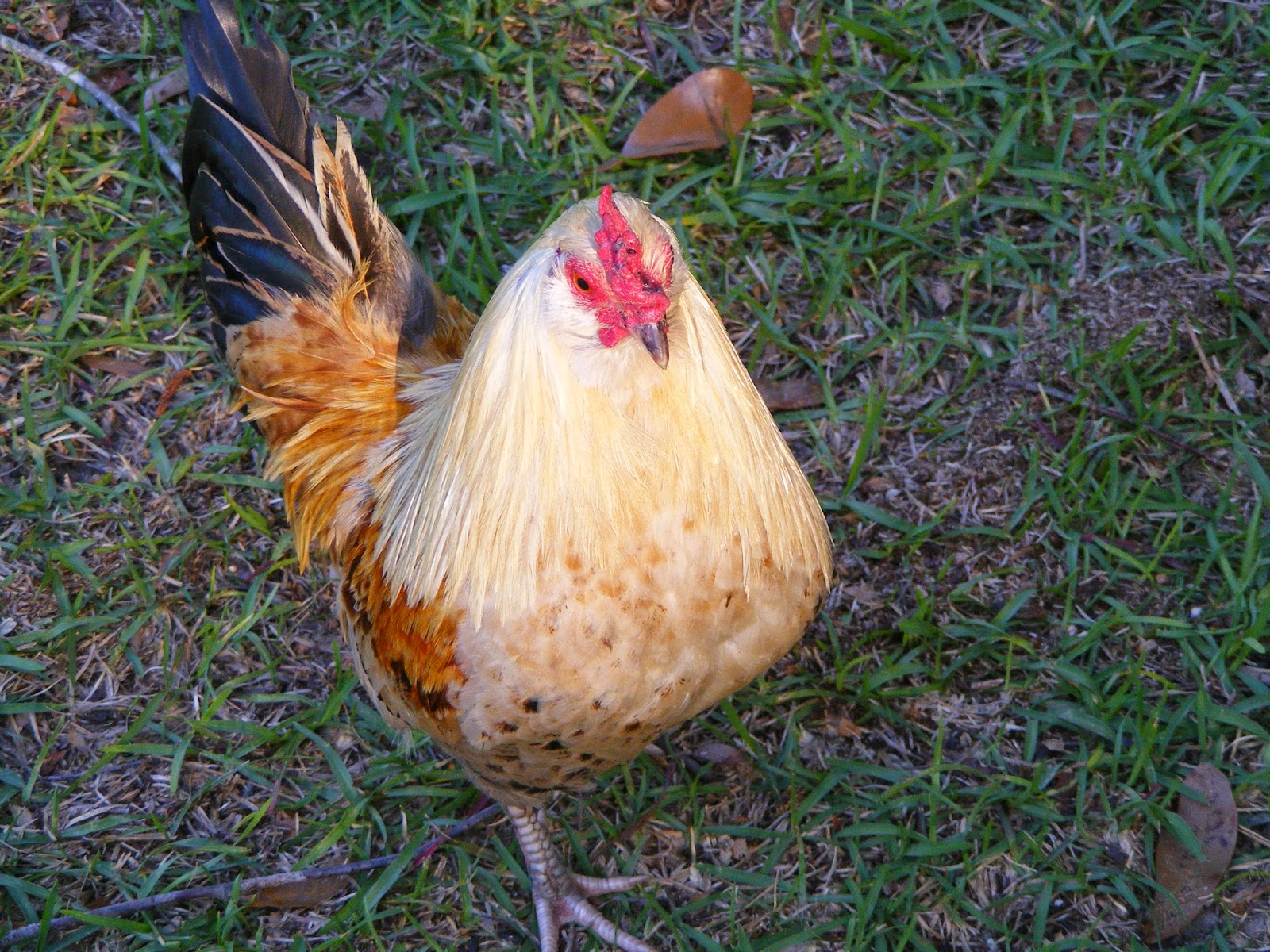 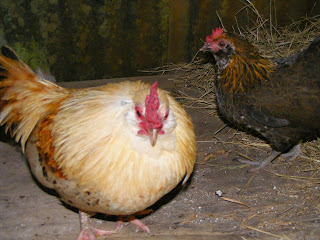 Because of their size, it is nearly impossible to let our bantams free-range without hawks or wandering cats killing them. We have built a nice pen - that is 10 ft wide and 45 ft long - for them and chicks that are too small to join the big flock. 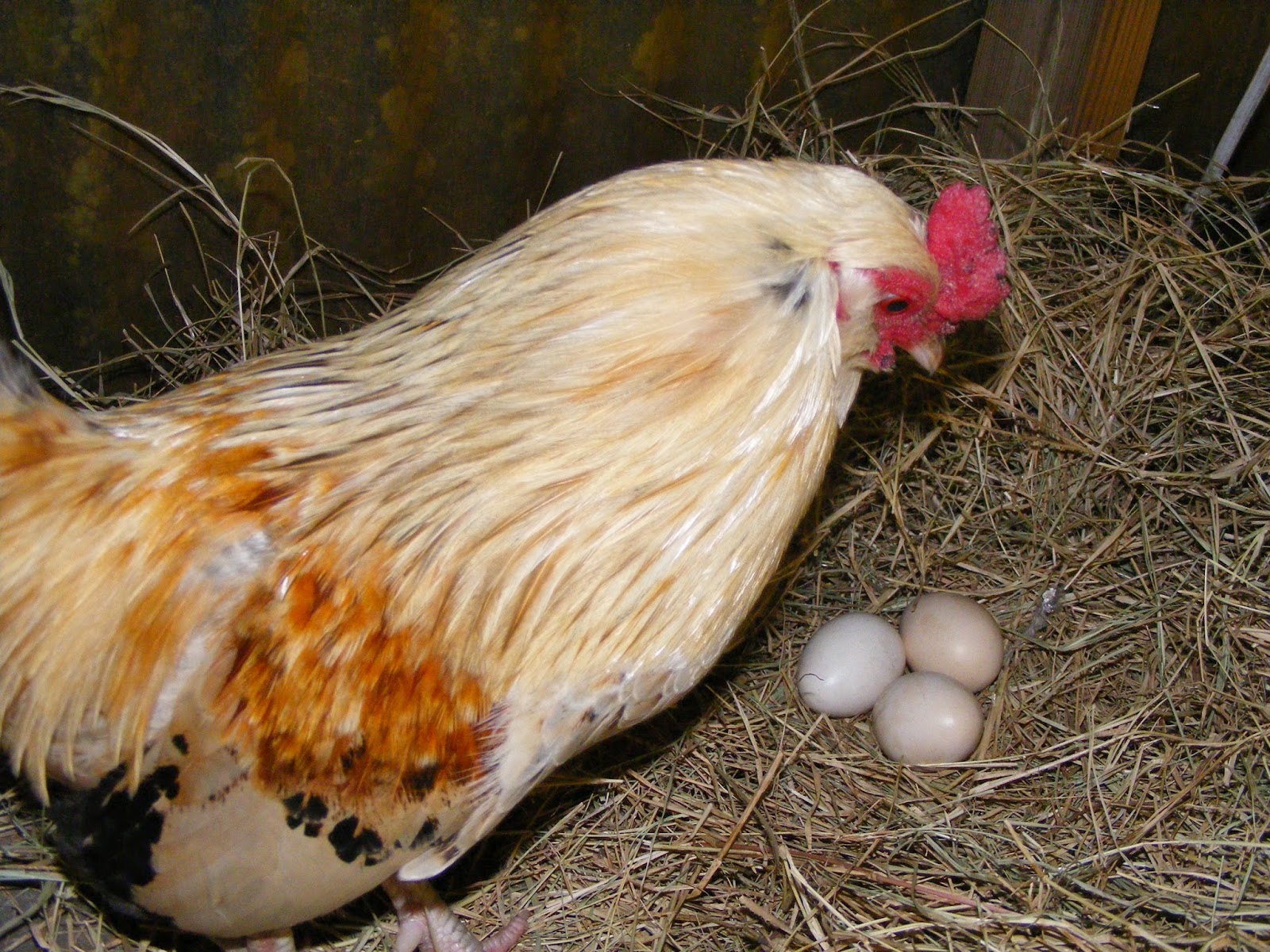 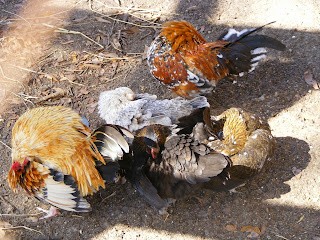 Izzy is very gentle to the chicks and will sometimes help the mother hens to care for them.
He is the father of Amelia,Taylor, Ebony and Little Babe.
Once Little Babe grew up, he took over from Izzy and became the King of the bantams. 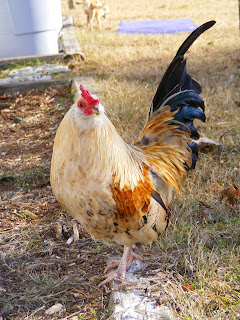 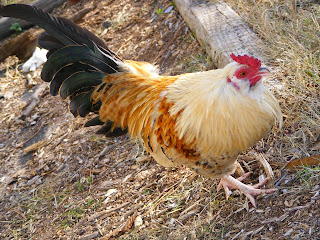 Izzy is very laid back and does not mind being held. He has never showed any aggression towards me or any people, but will not hesitate to take on a rooster many times his size.
He is 7 years old today. 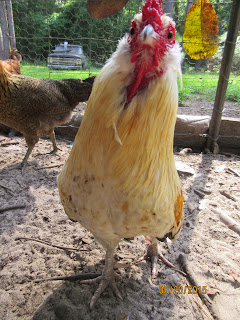