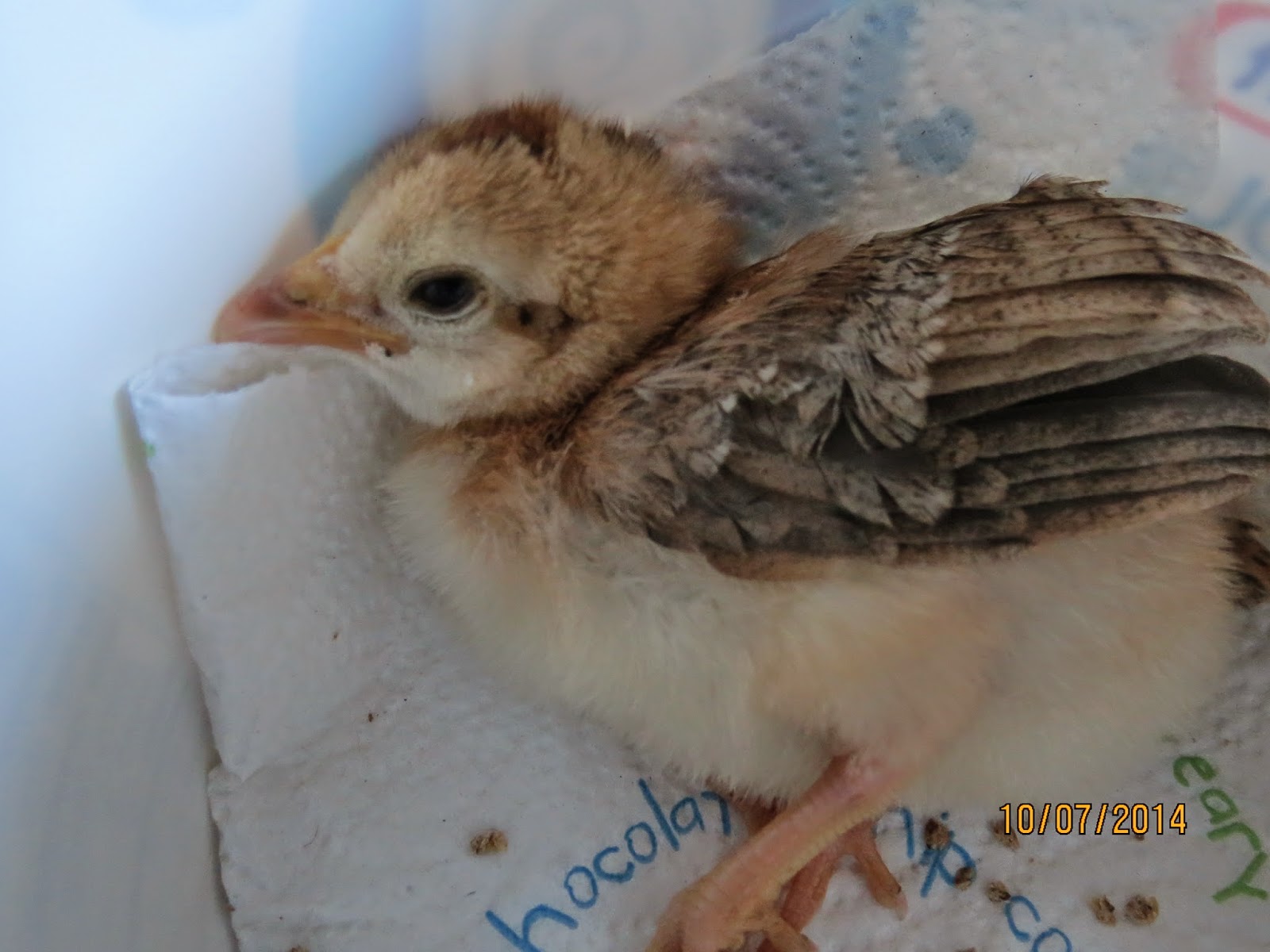 This chick has had a rough start in life but she never complains. She was only about a week old when her left leg was broken. Although she tried, she was unable to keep up with her busy mother and siblings. Her keeper, Karen M., was afraid that she would be killed by a predator and brought her to me the next day.
On 10-6-14 I was handed this precious little one. I was told that she had been stepped on by a horse and it is clearly a miracle that she survived at all. At first, she could put no weight on her leg, but gradually she started using it. Also, she was only breathing through her beak and it took me a while to find out why.
On 10-16-14, I cut a flap of skin that was over one of her nostrils. That is when I found the canker. It has an odd smell, which I had smelled before and thought that it was soured food. Because of that, I had switched her food from corn to soy based. The canker caused her to gasp and scratch at her face often.
The cure, copper sulfate, was hard to find and it was not until 10-21-14 that I was able to start treating him. Now that she can breathe through his nose, she sneezes quite often. 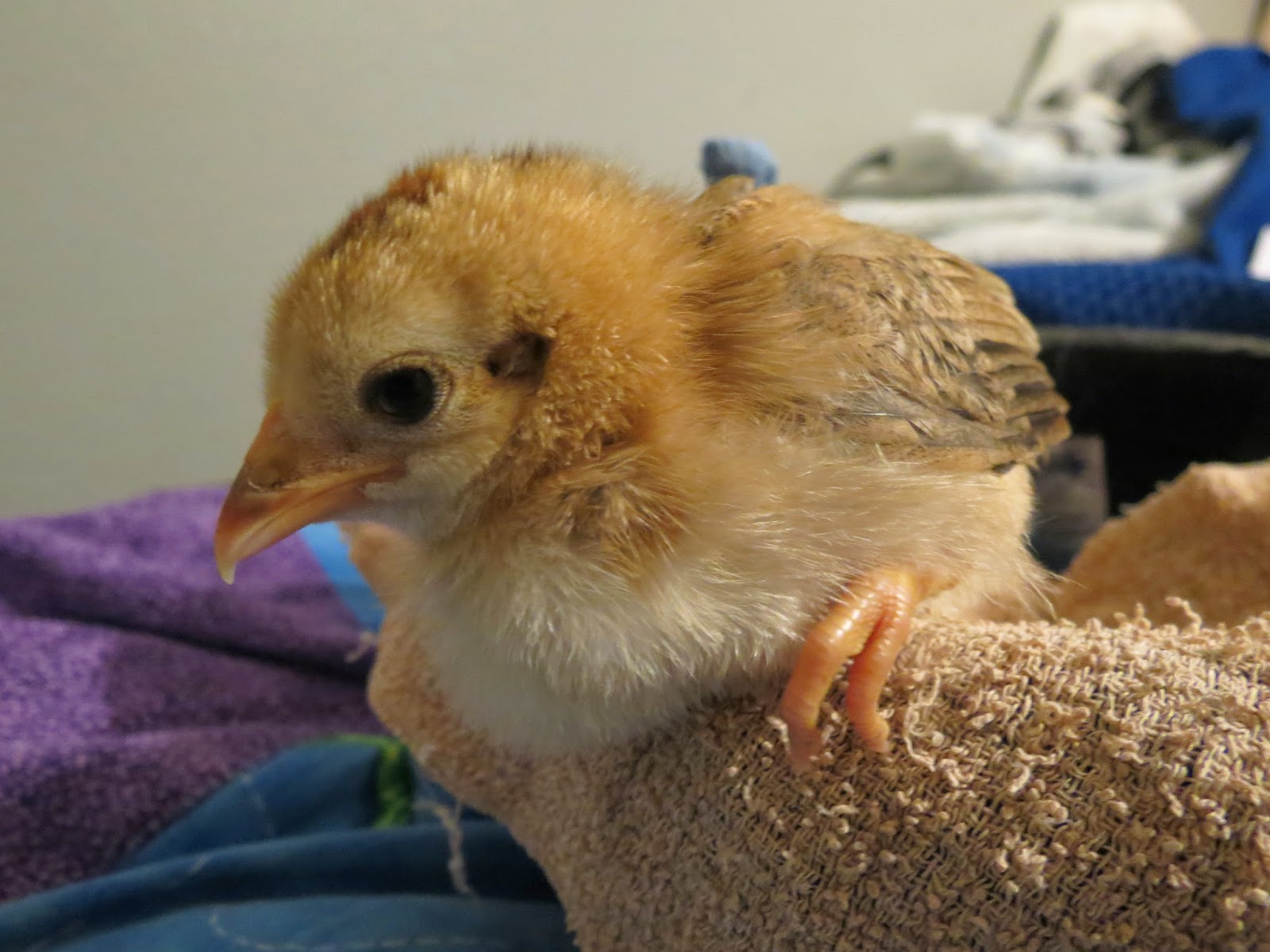 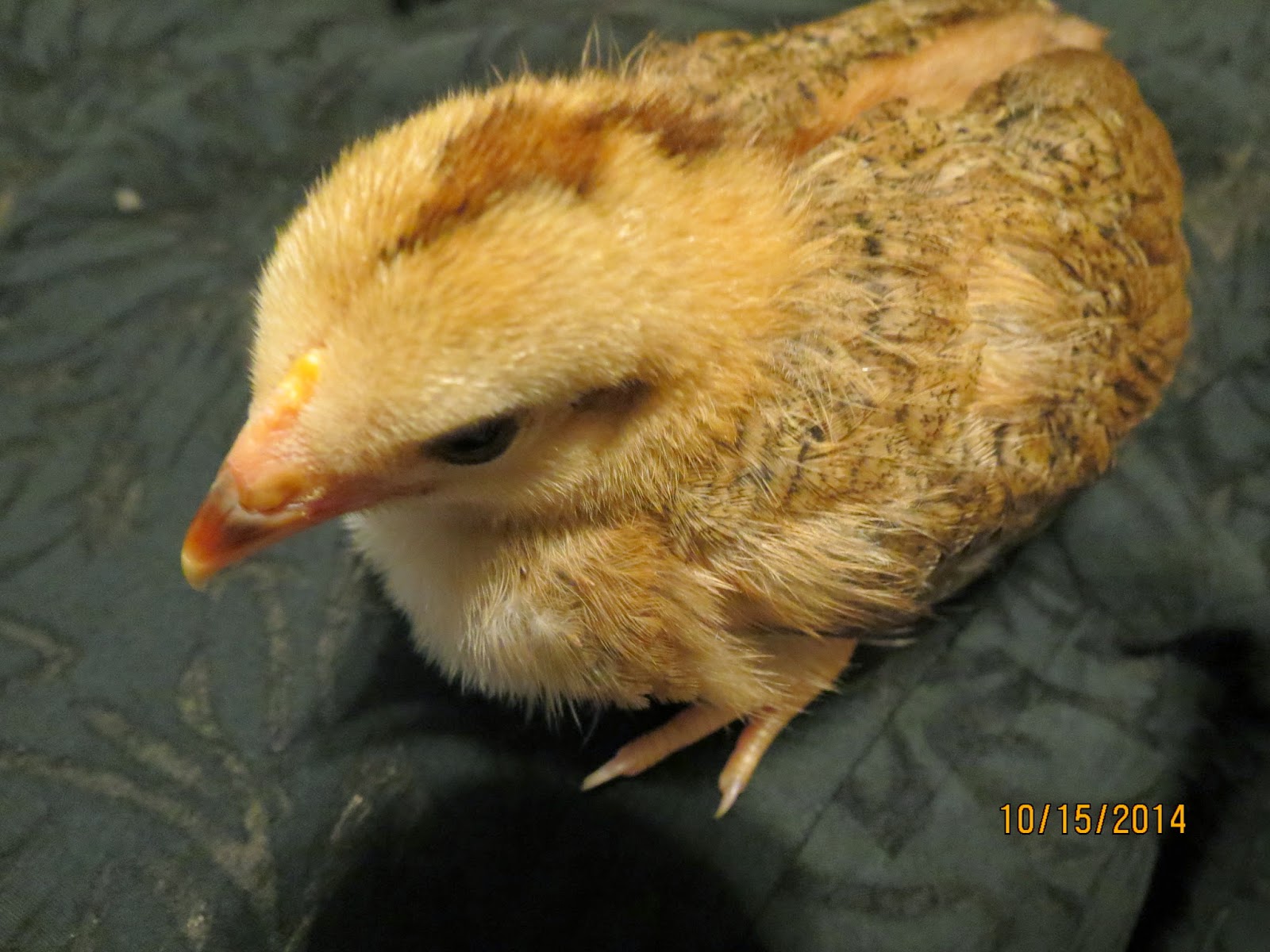 I am like a mother to her now. She follows me around, usually no more than a step or two behind, and sleeps in a hat beside my pillow at night. At least, she is supposed to. When I wake up, most of the time she is buried in the blankets or roosting on me.
The moment I call her, (pat the ground and cluck) she runs to me as if her life depends on it.
I have never seen a chick who is so obsessed with preening her feathers as Little Hawk. Maybe she is just trying to look her best.
Also, most chicks try to eat every ant that they see, but she won’t touch them. Her mother must have taught her well.
Her family was free-range and game-bird-like, which is probably where she gets his love of flying. She flies up on everything: beds, chairs, the table, desks, heads of people, etc. And several times I have had to grab her just before she landed in a bowl of very hot noodles.
Even though she is getting better every day, she is not well yet. 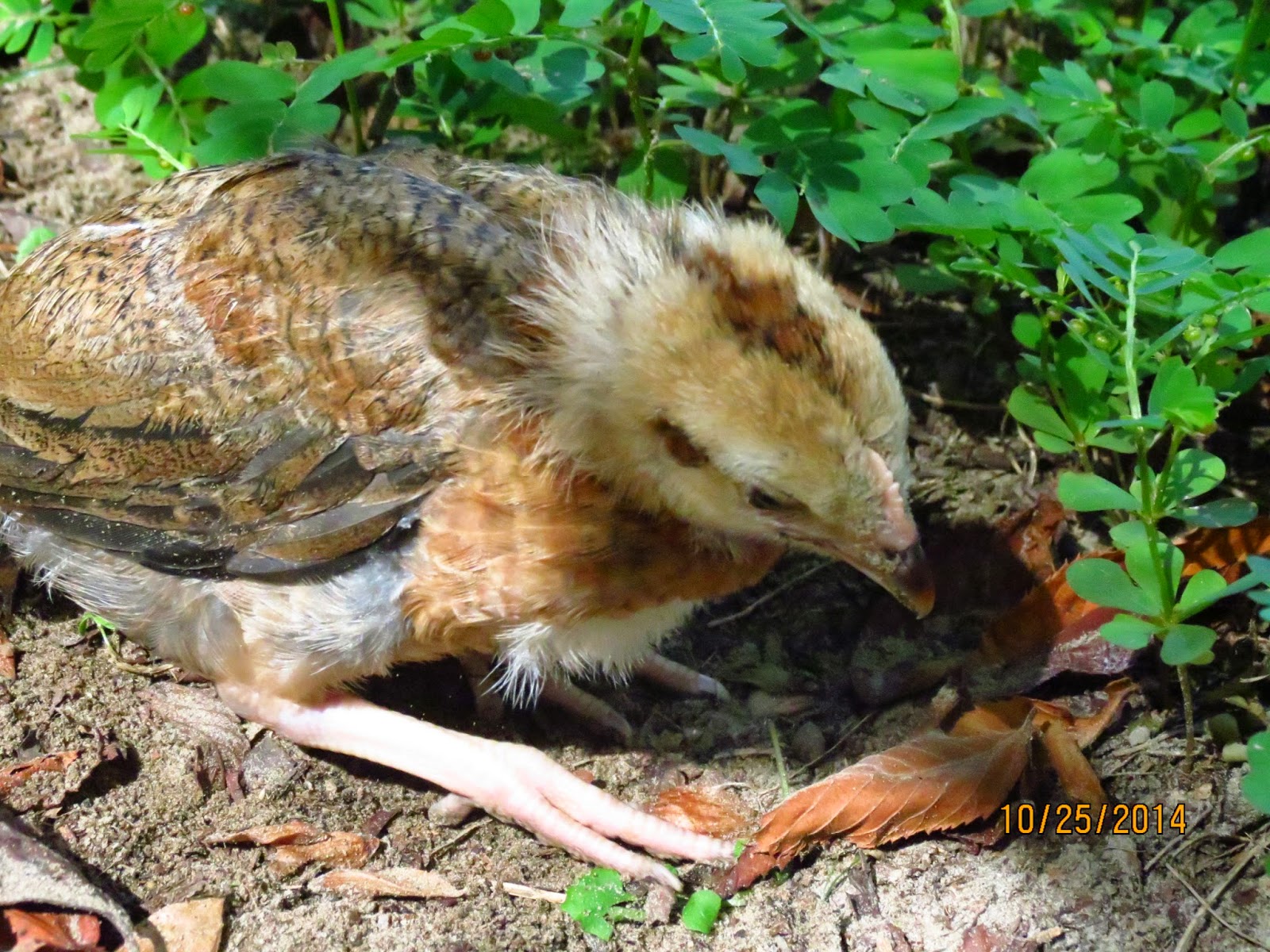 Dislikes:  being left alone, people stepping close to him, canker in his nose 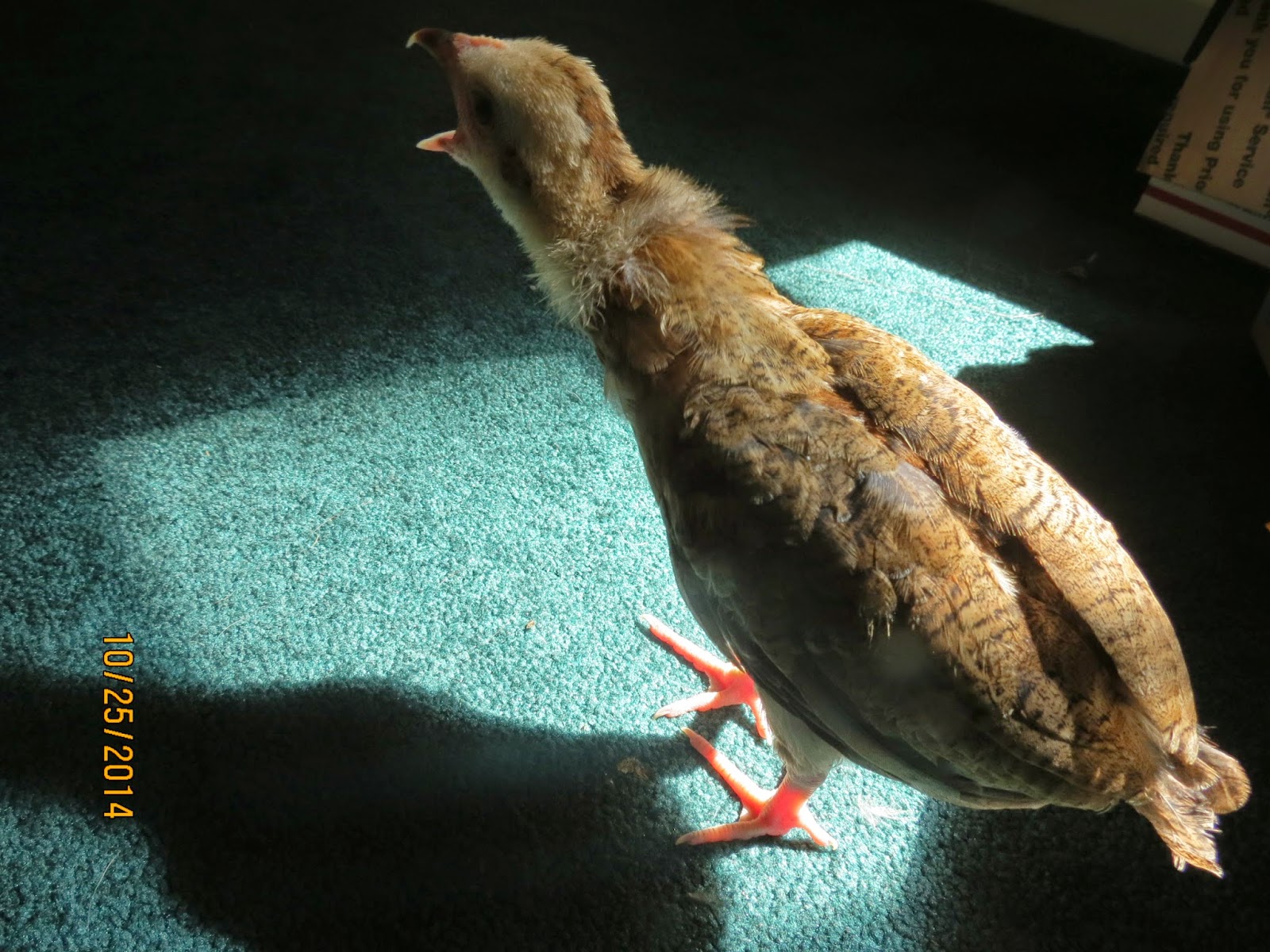 UPDATE: On 11-21-14 she was moved outside. She has grown since this post and I have added some new pictures below. 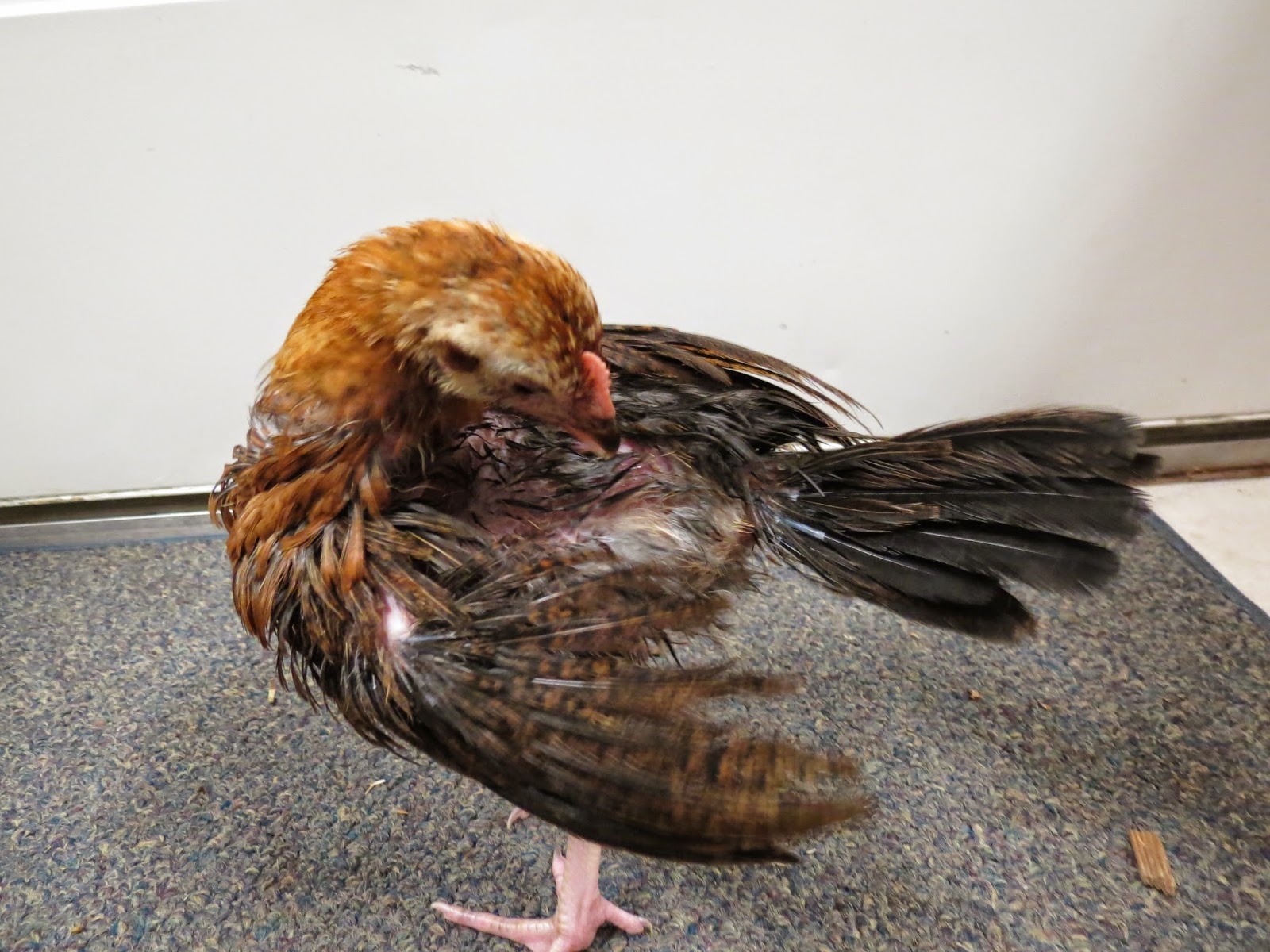 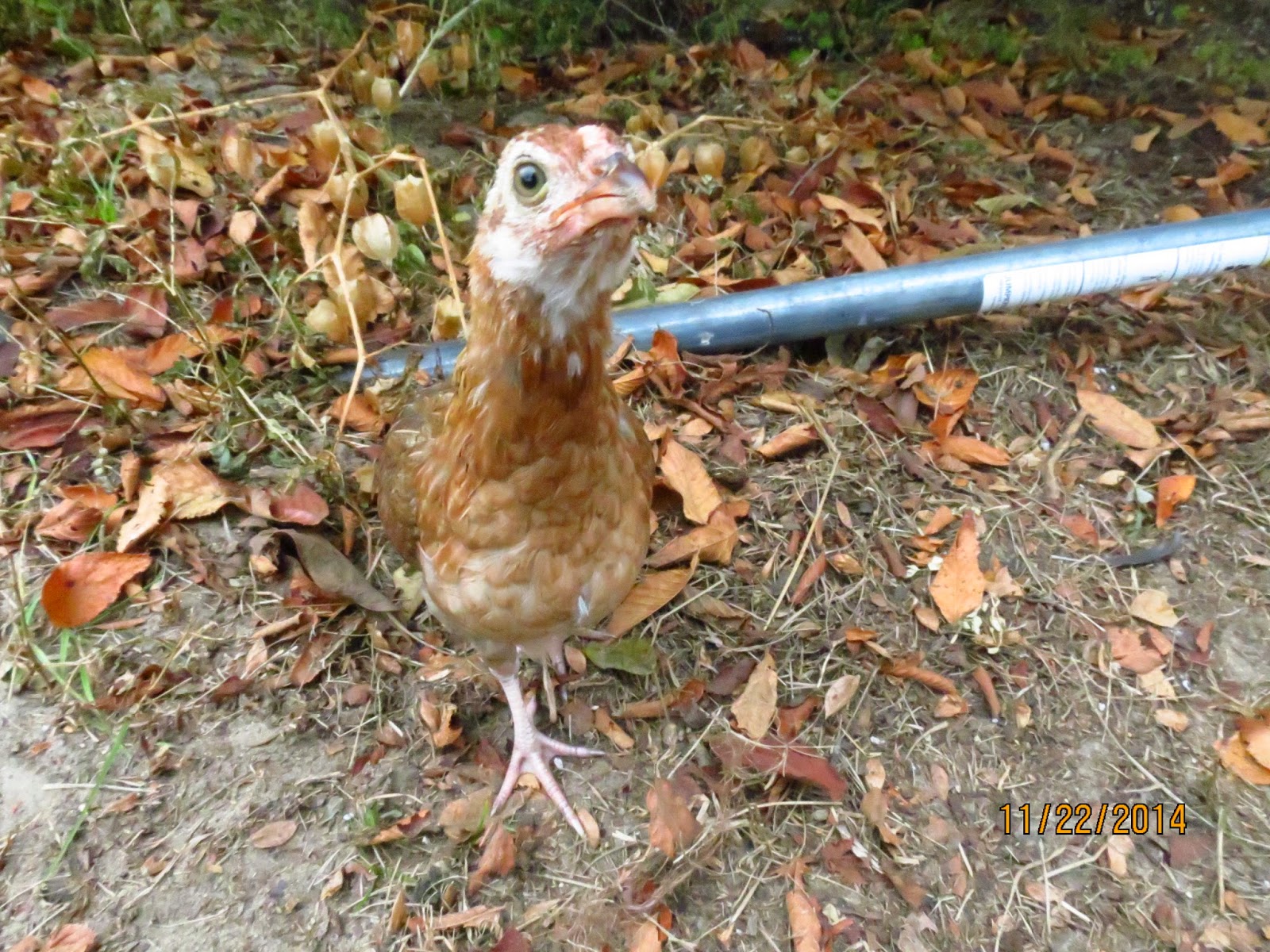 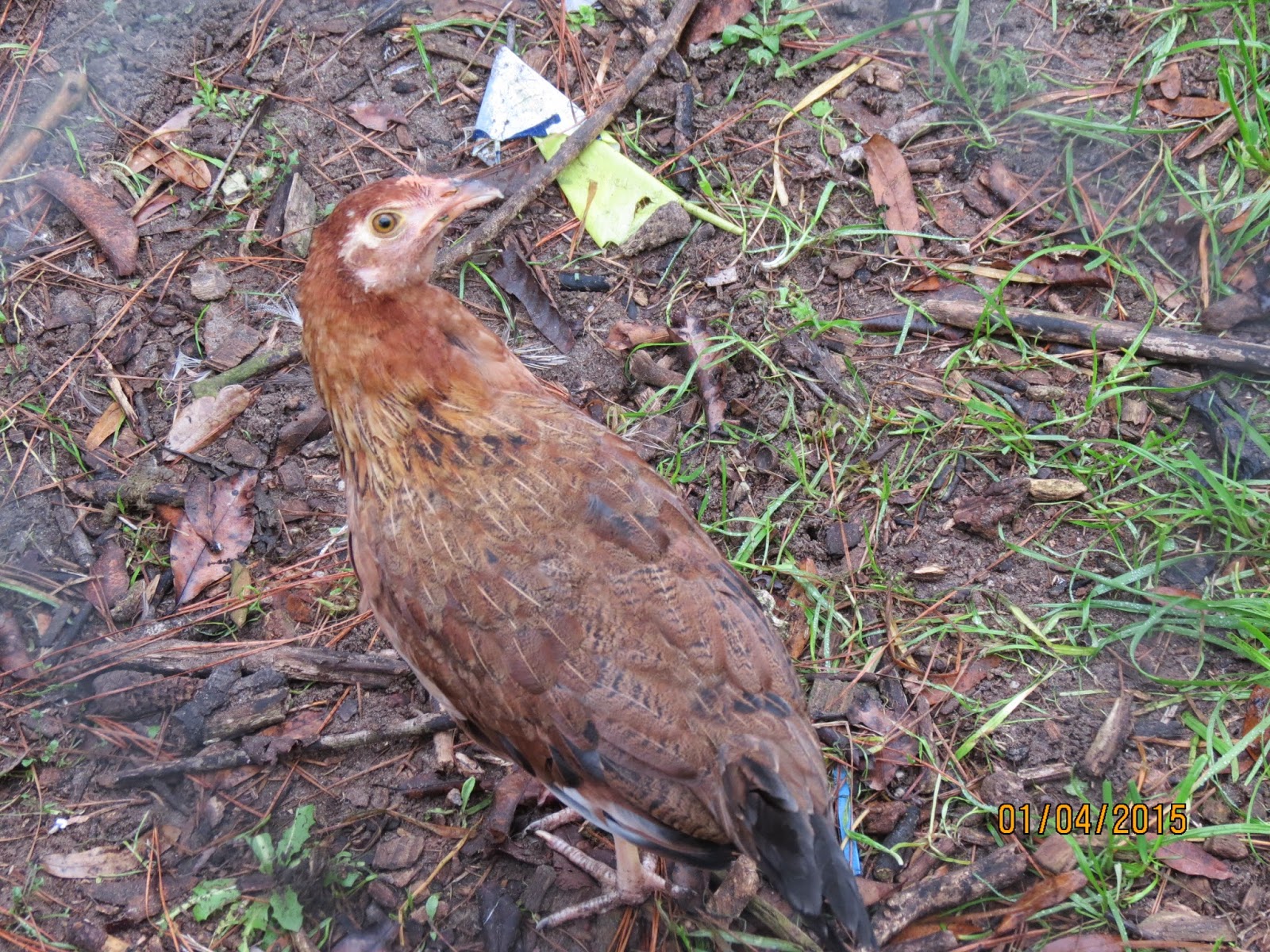 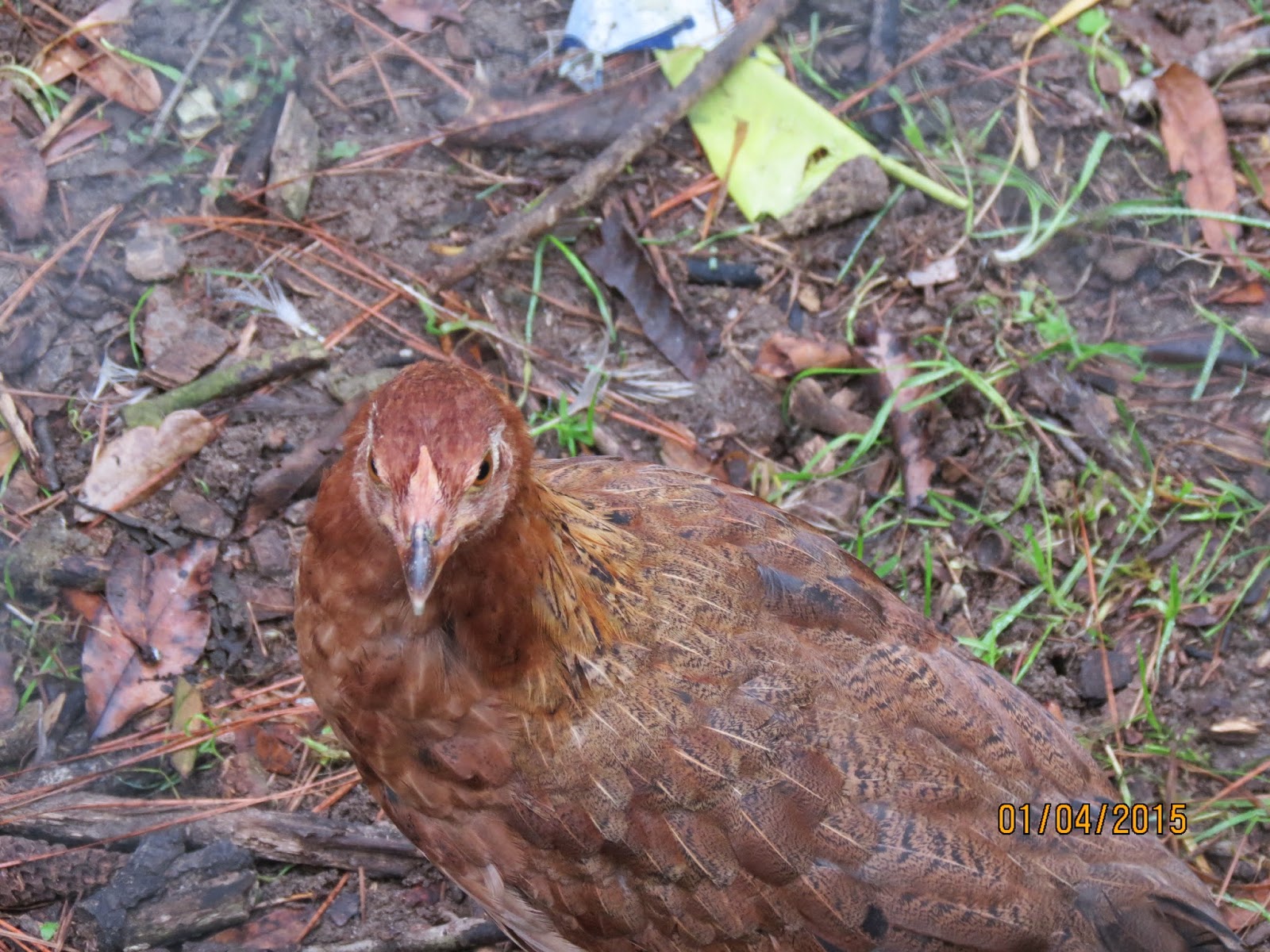 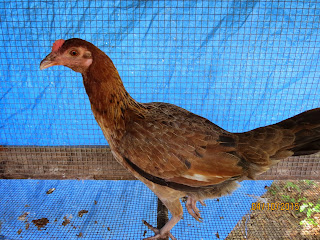 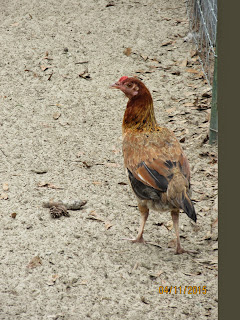