On 7-16-14, I took these four crayfish (also known as crawdads) from a family member’s ditch, which was stagnant and slowly drying up. Since then, they have grown quite a bit and have had to be separated because of aggression. 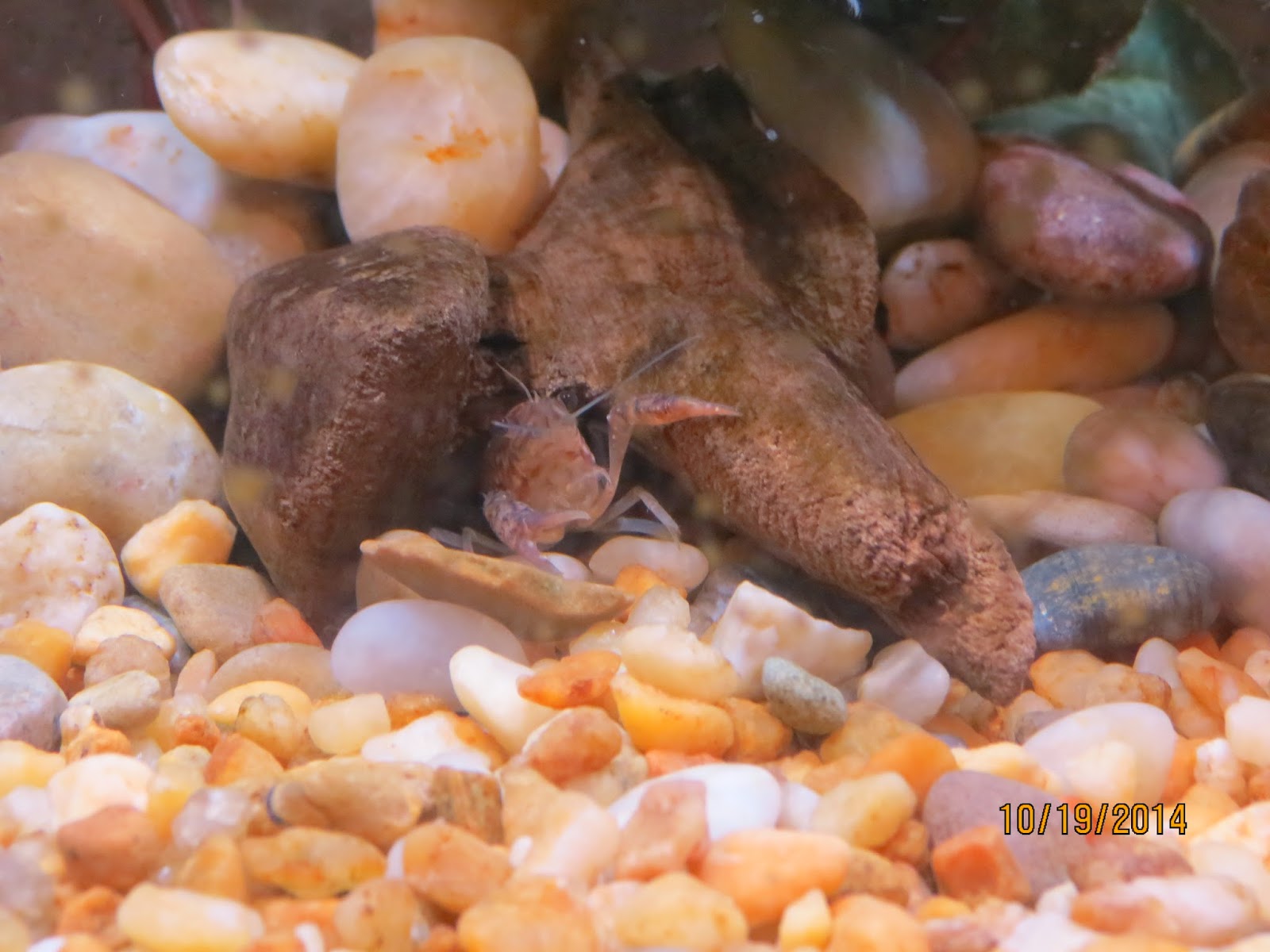 Terminator – The biggest of the four, he spends most of his time hiding under a piece of driftwood and watching the fish swim by.
After eating Flame the guppy and Flecks the molly, he was moved to the cichlid tank. 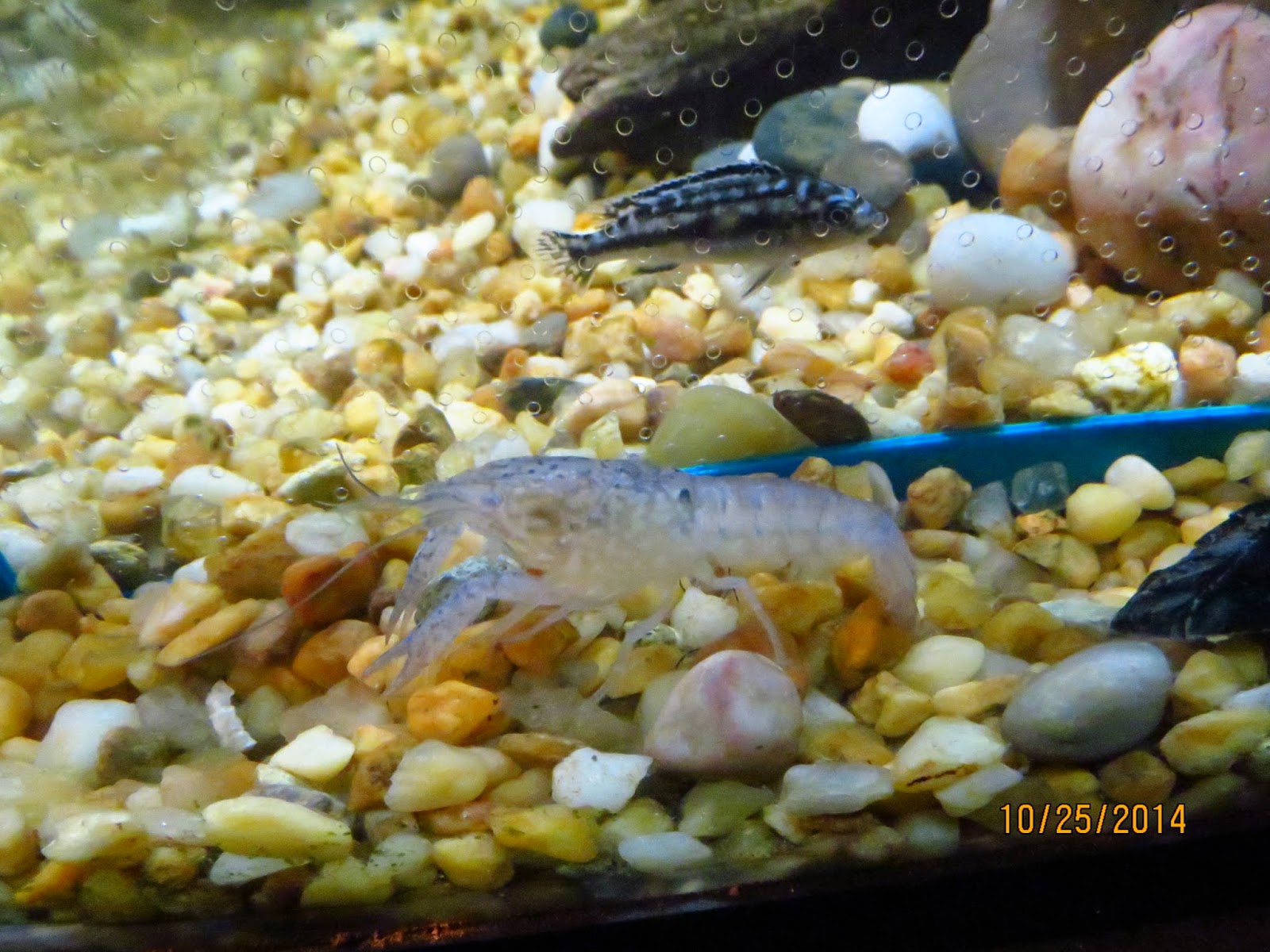 Sylvester - Once the natural brown color of the other crayfish, she slowly changed to silver.
She has had the same care as the others, so the reason for this change has remained a mystery. Although very close in size to Terminator, she is the most laid back crayfish that I have ever known. Because she is very calm, she is currently in the tank with baby guppies (also known as fry) and has never tried to harm them. 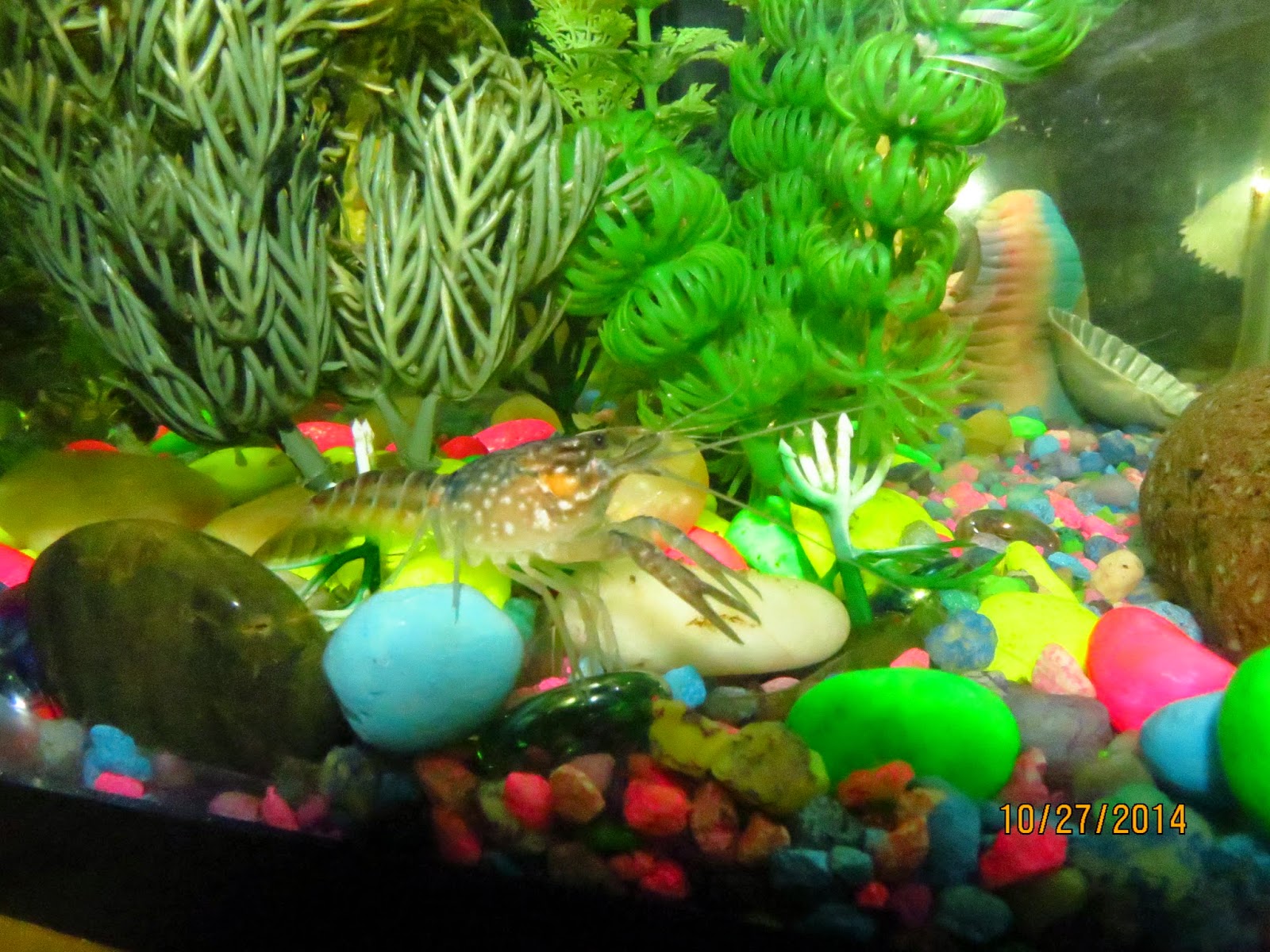 Hydra – Named after the evil organization from the Captain America movies, this crayfish lives in my sisters’ guppy aquarium.
She lost a claw when she was younger, but it has since then grown back. 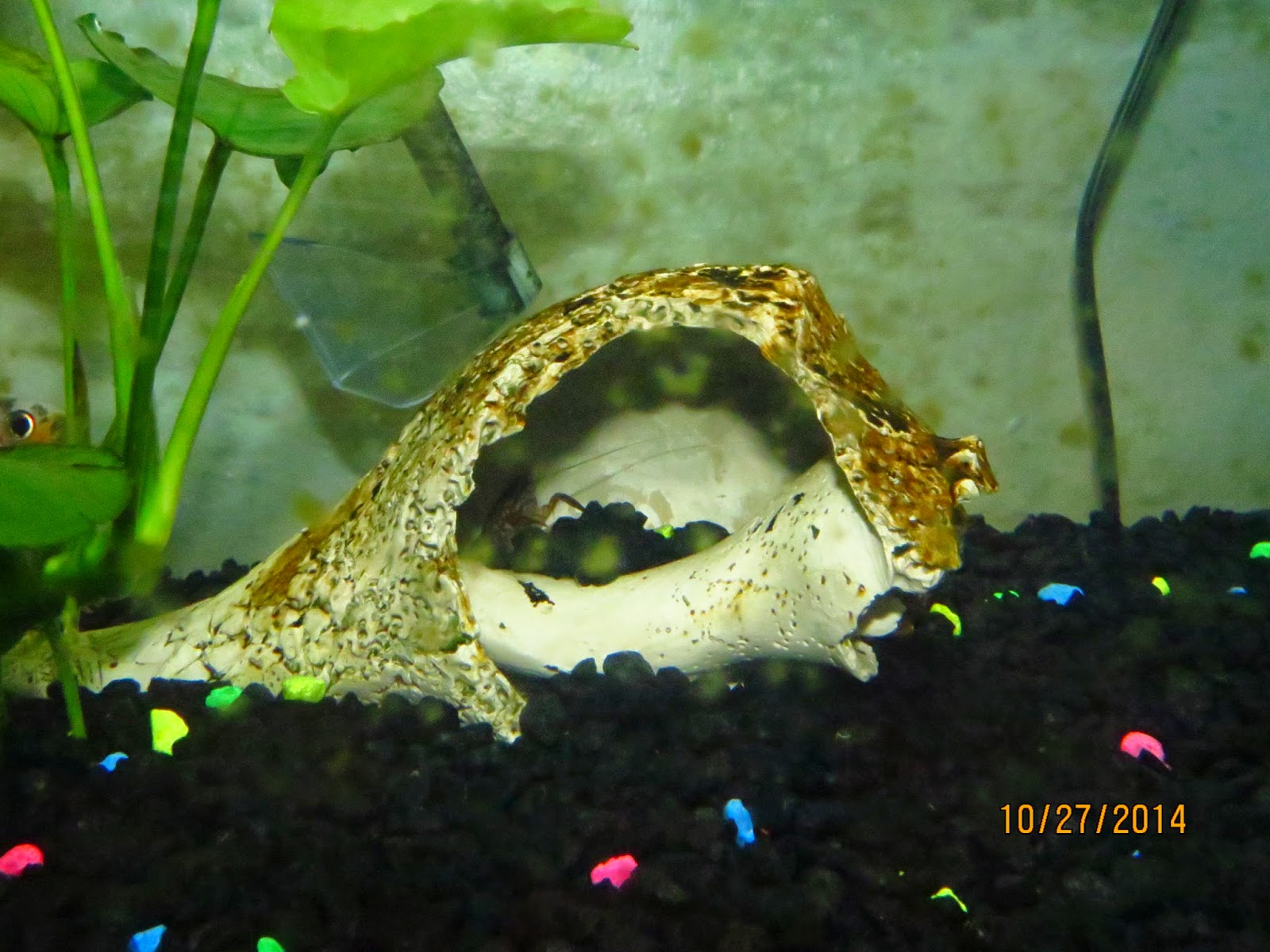 Asparagus – When I caught her, she was so small that she looked more like a bug then a crayfish.
By now, she has grown, but is still the smallest by far.
After she lost both of her claws and most of her legs from an attack by the other crayfish, I moved her to the breeder net with the baby guppies.
Her grew his legs and claws back and I noticed they the fish were starting to disappear. Now she lives in my goldfish tank.
Rarely seen, she is usually hiding in the shell with a steadily growing pile of gravel. Crayfish are intelligent and territorial little creatures.
In captivity, they need at minimum a 10 gallon tank, the bigger the better.
They also need clean water, good filtration and a varied diet that includes algae tablets and boiled lettuce.
I keep the water temperature around 75 F.
They grow fast and will eat any fish that they can catch, which is why they should only be kept with small, fast fish.
Once they reach an inch long, keep one per tank.
To feel safe, crayfish need hiding places. Large shells, broken clay pots and driftwood, which they will chew on, are good choices.
They like to rearrange their home, moving rocks, plants and driftwood to different places.
Sand or gravel on the bottom is necessary to keep them happy and to aid with shedding.
They are most active at night.
Never take crayfish from the wild, unless (like these four) it is done to save them.
They are much happier and better off left to live out their lives free as God intended.


For more information on how to care for crayfish click here.

This Terminator before he was released. 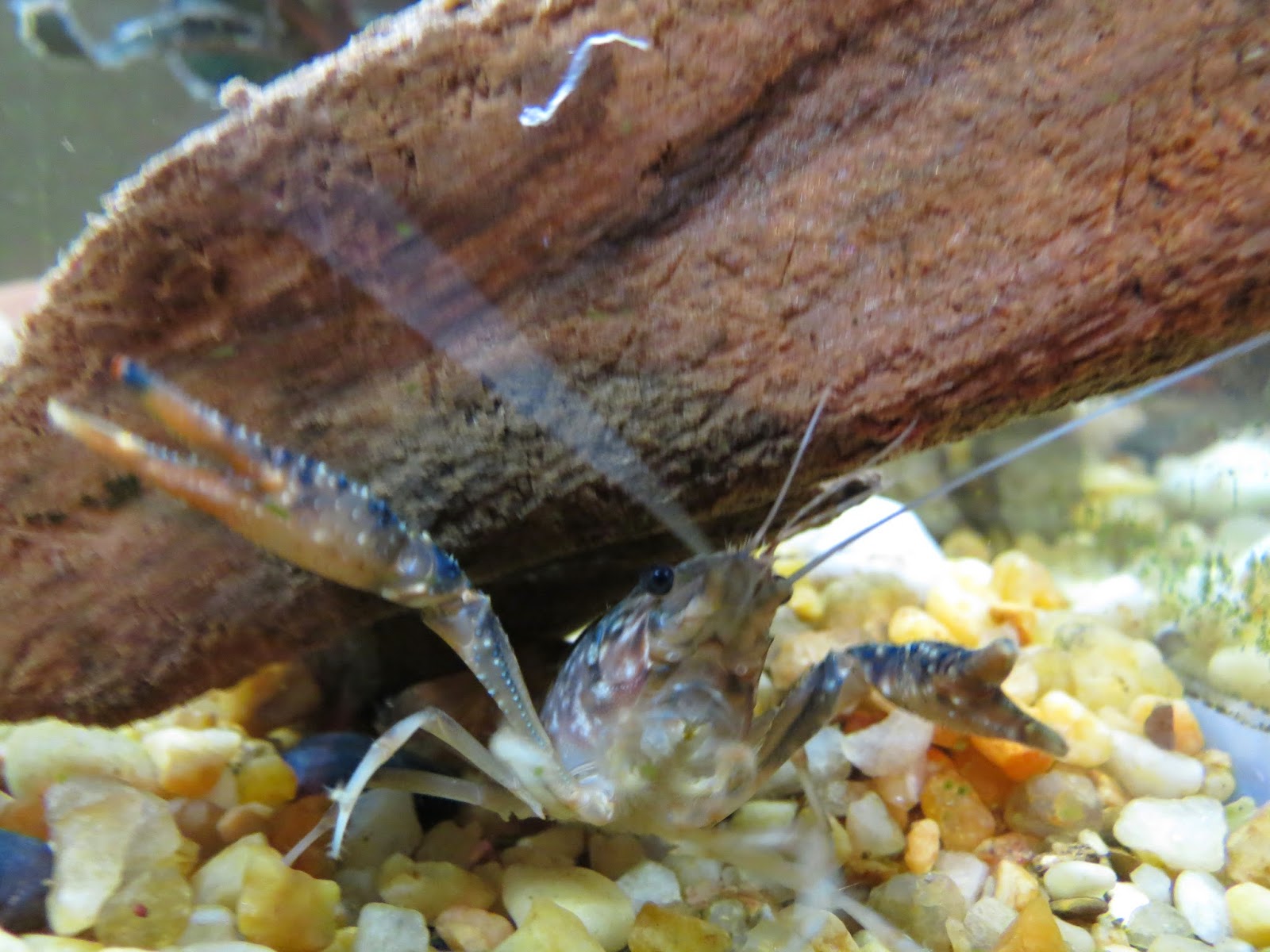 And this is Asparagus 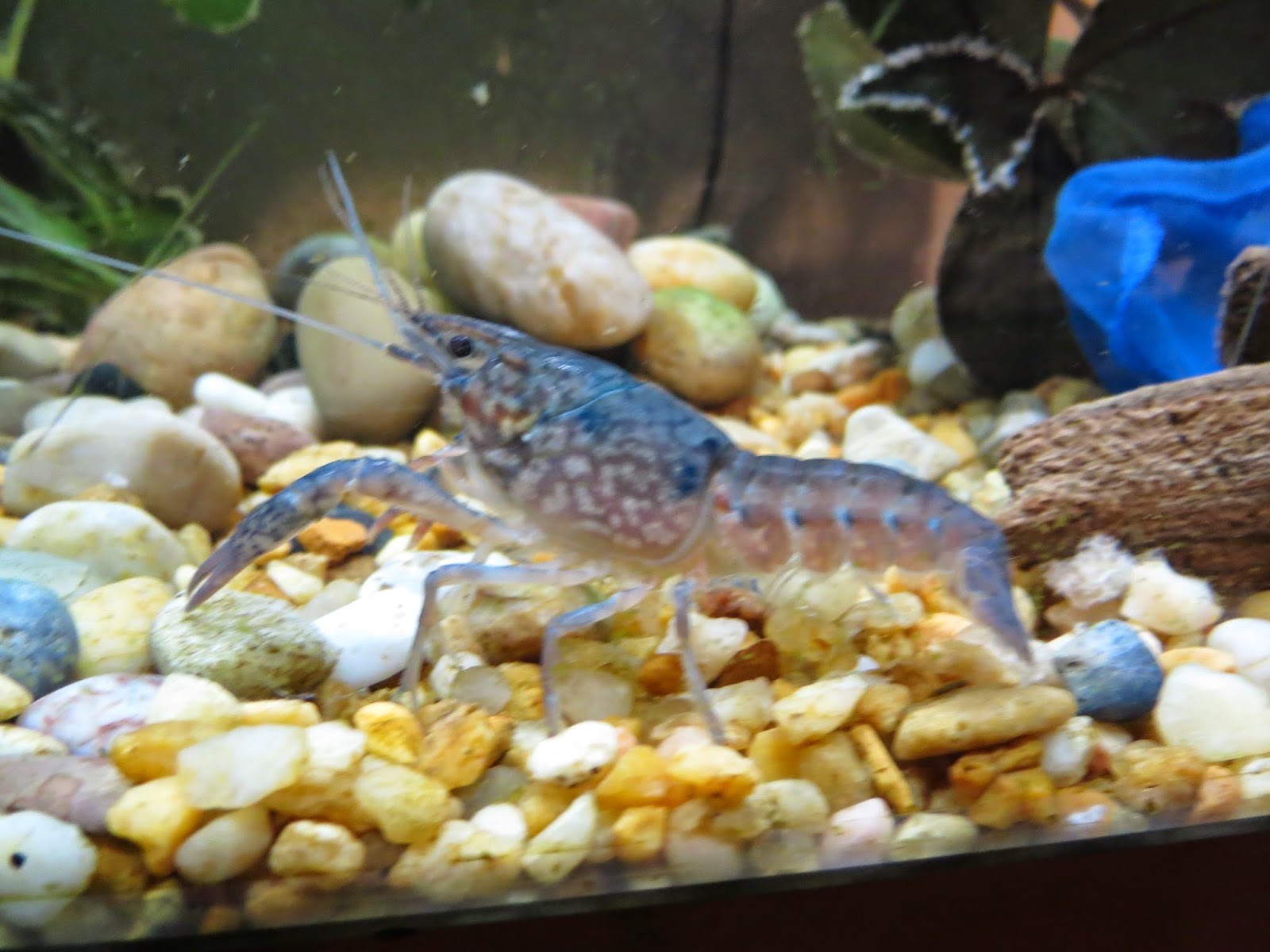 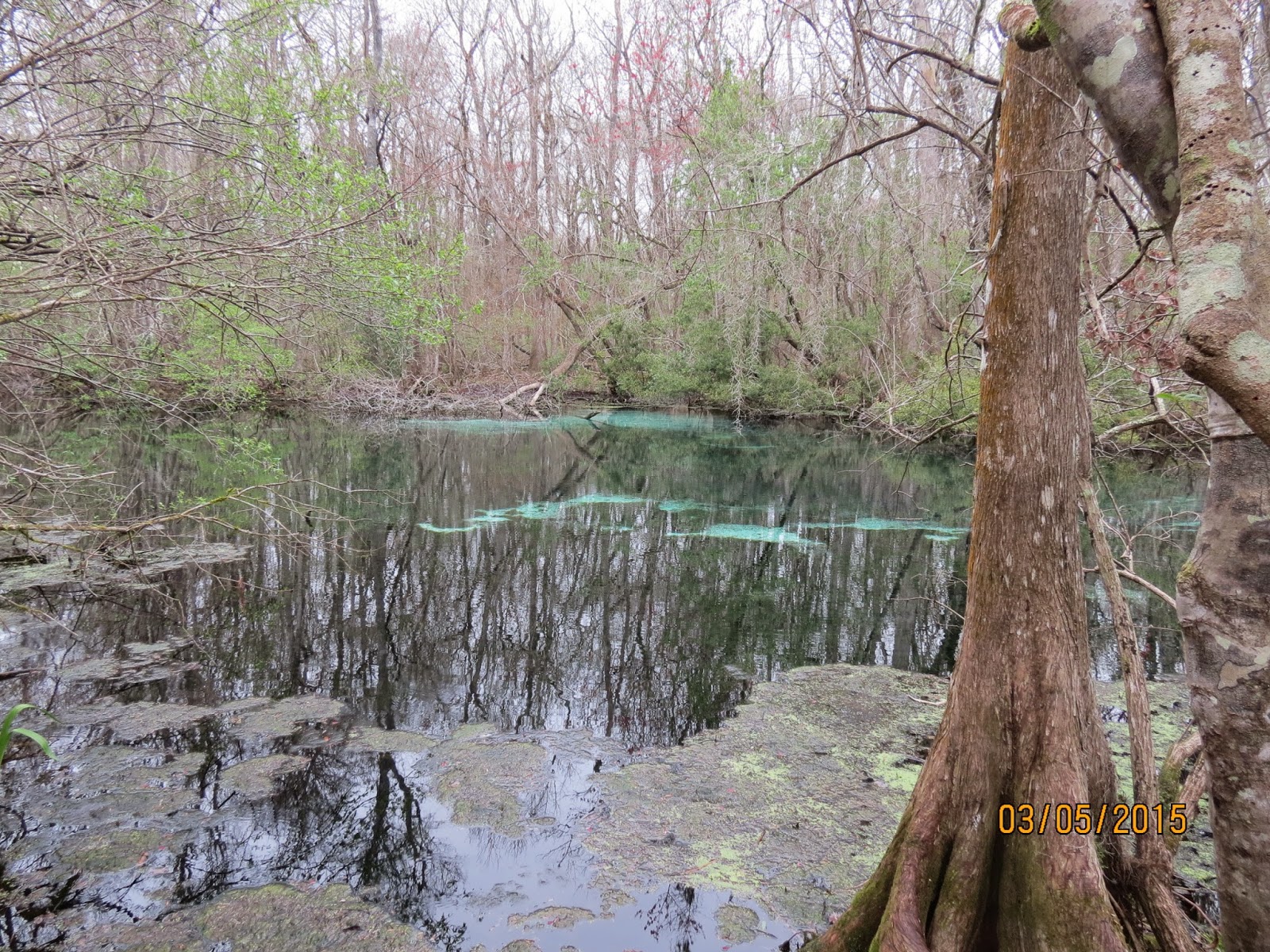