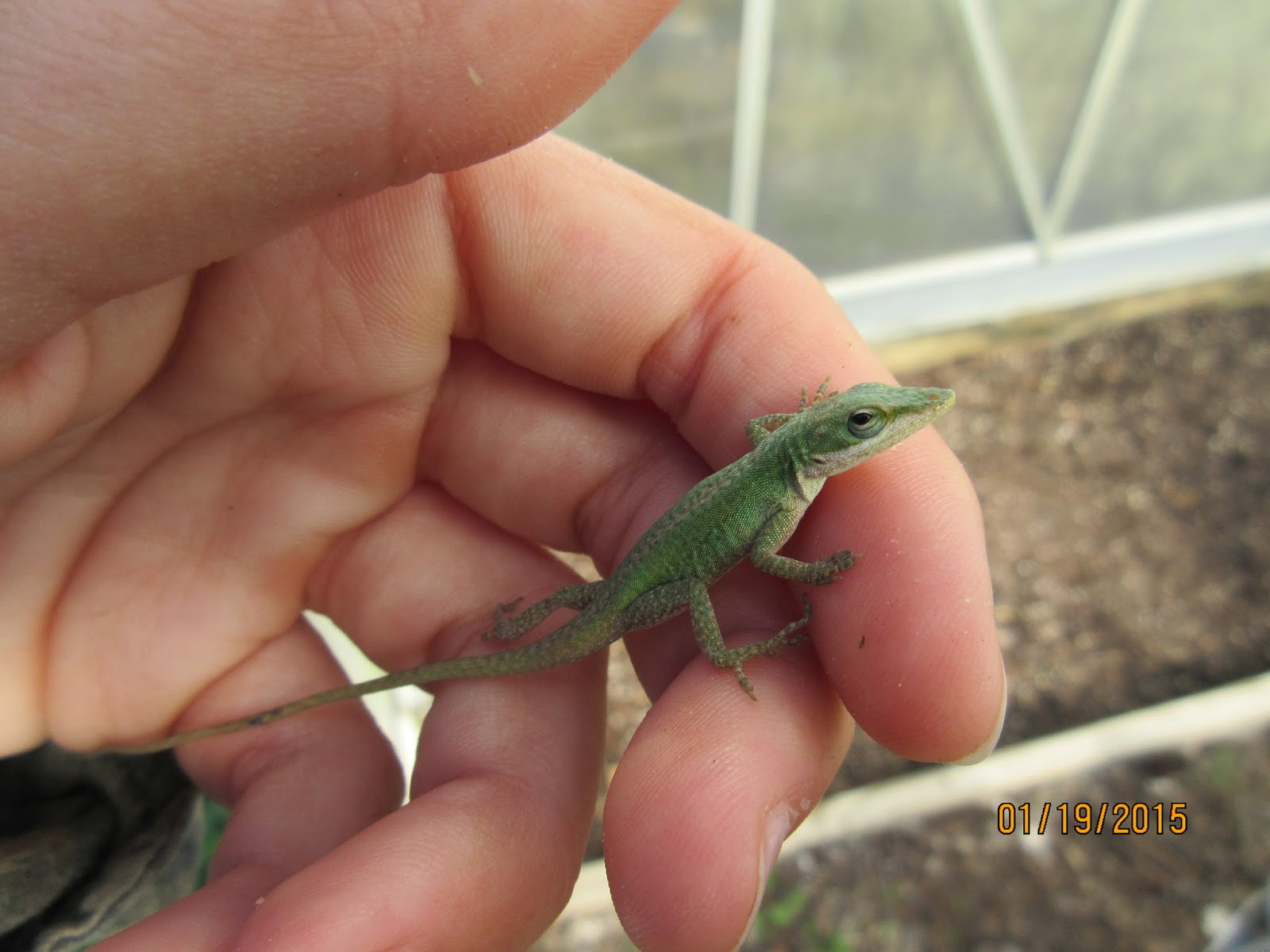 On 1-2-15, I noticed a small green anole among the boxes in our garden shed.
He was skinny and appeared to have had nothing to eat for several days.
It was a cold day and would freeze that night, so I decided to bring him inside.
I kept anoles a few years ago so I know how to care for them.
Named after a character from The Ascendance Trilogy by Jennifer A. Nielsen, Sage gained weight quickly and soon became a fast, healthy young lizard.
He was released into the greenhouse on 1-19-15. 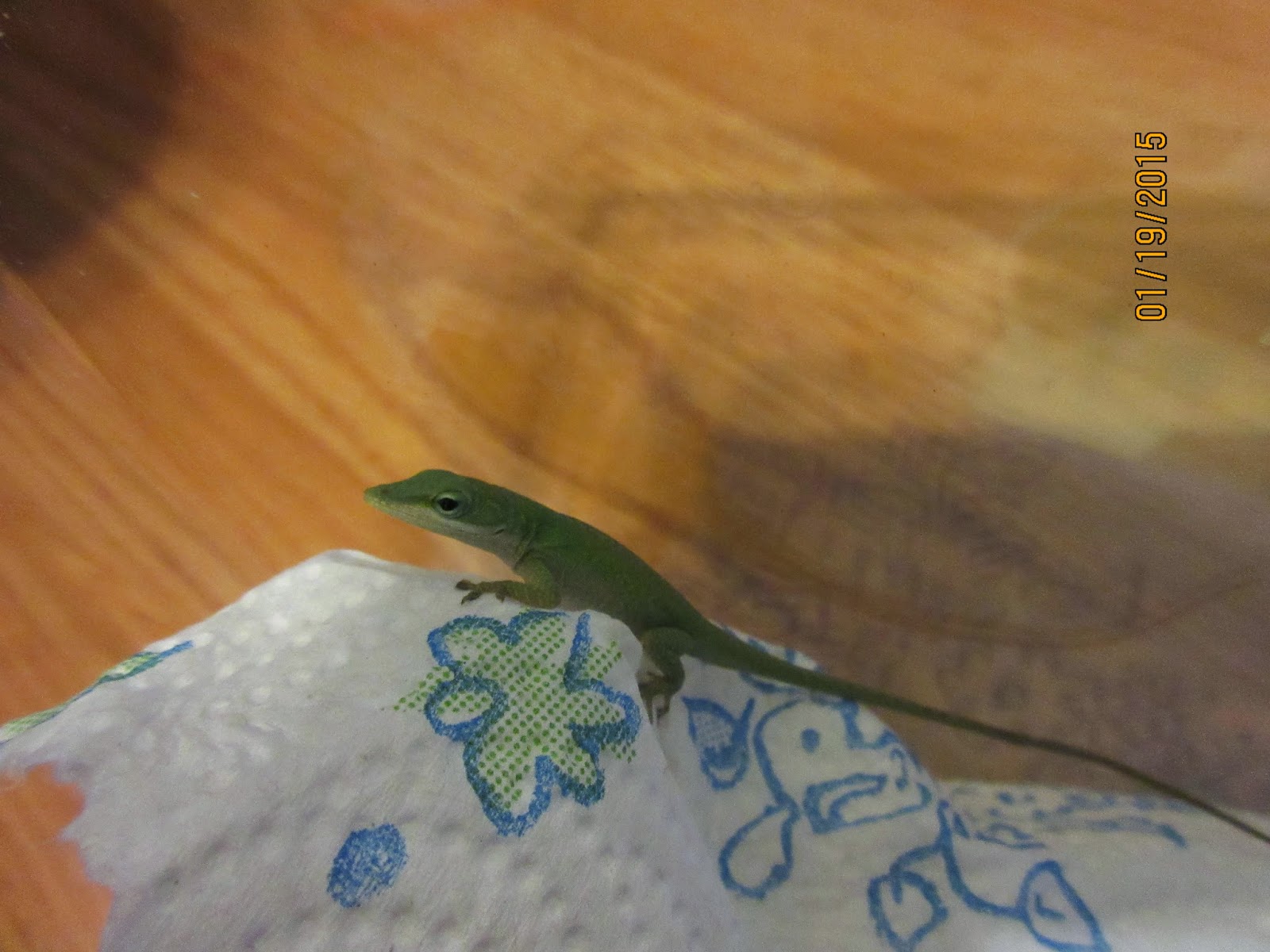 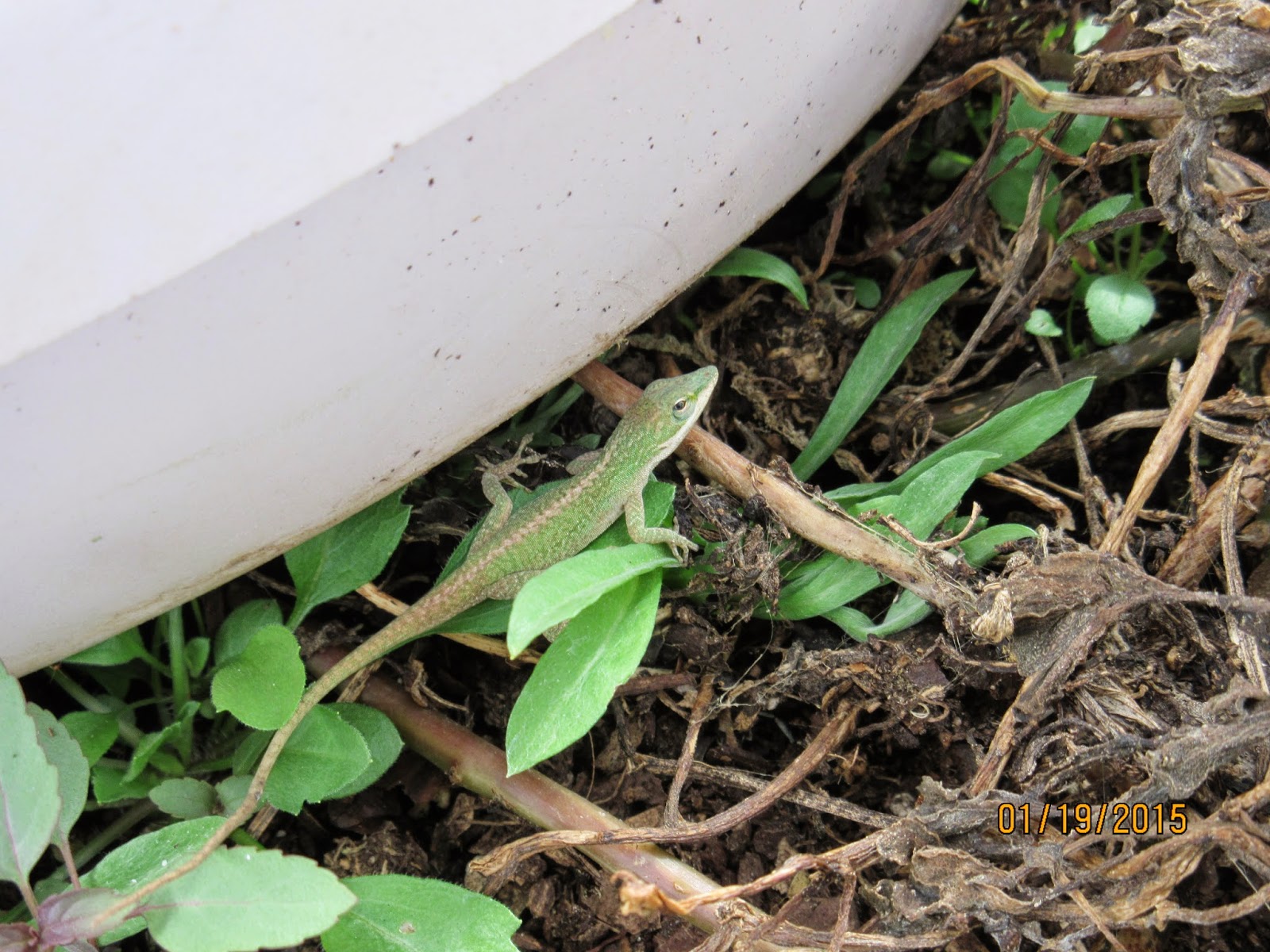