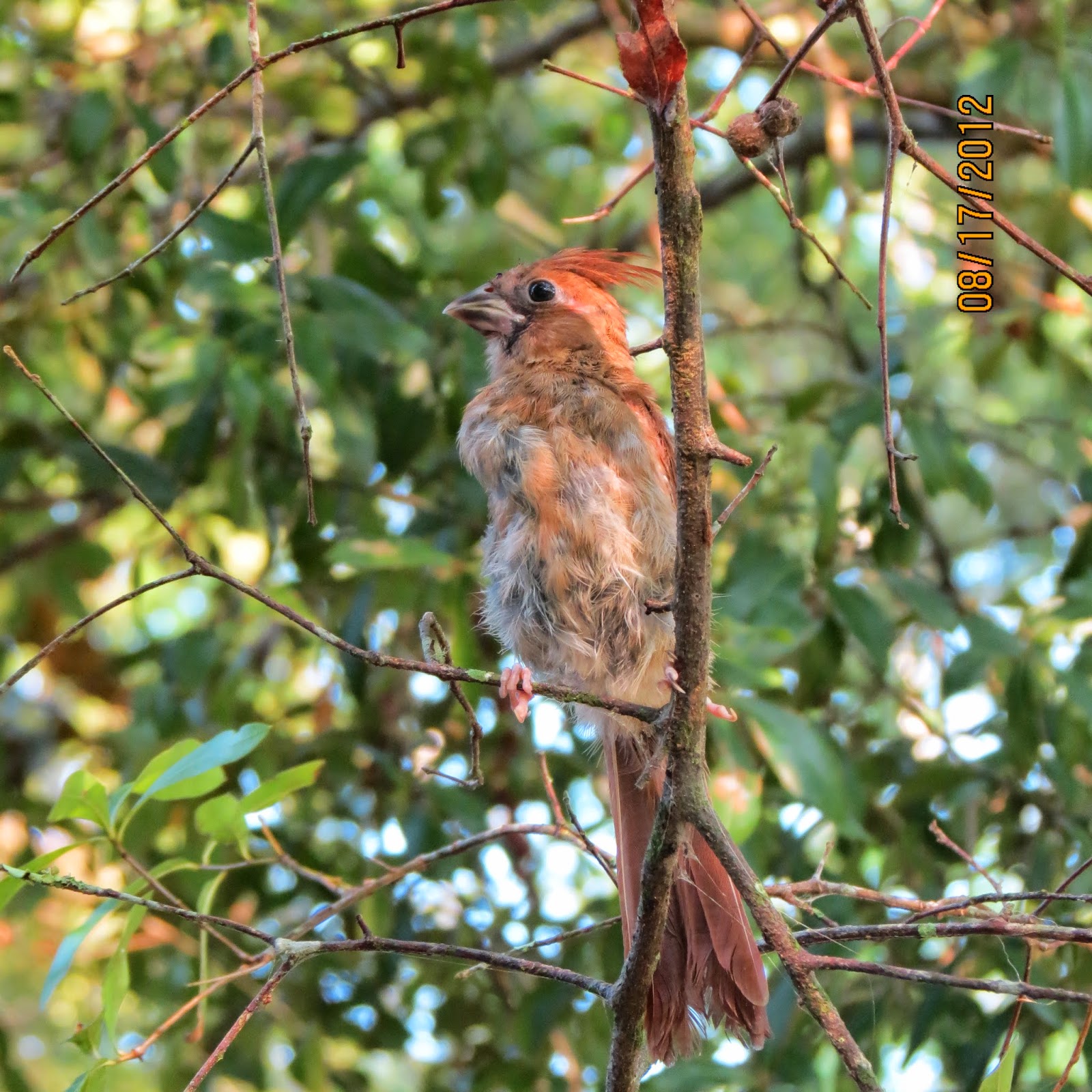 This is Rigg, a northern cardinal that we raised in 2012.
On 7-30-12, he was given to us by A.B. after she found him in her yard.
It was most likely his first time out of the nest, and since he was unable to fly, he would have become easy pray for her many cats.
We feed him mostly vegetarian dog food, occasionally cat food and sunflower seeds.
He grew his feathers in fast.
It was not long before he was flying around inside the house.
On 8-18-12, we released him in our yard. He was seen again many times.
On 9-15-12, he went missing and we have no way of knowing his fate.
He was named after a character from the book, Pathfinder by Orson Scott Card. 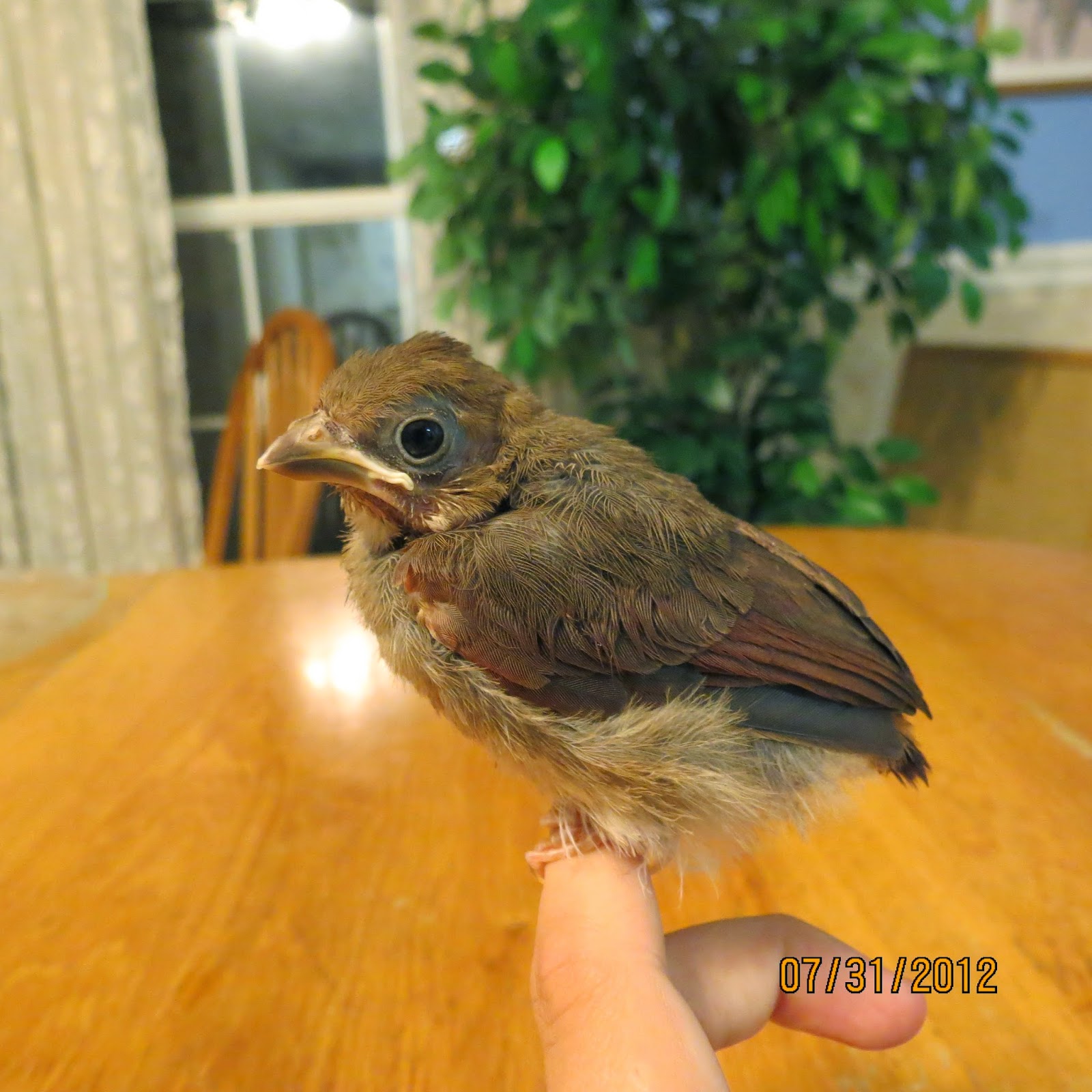 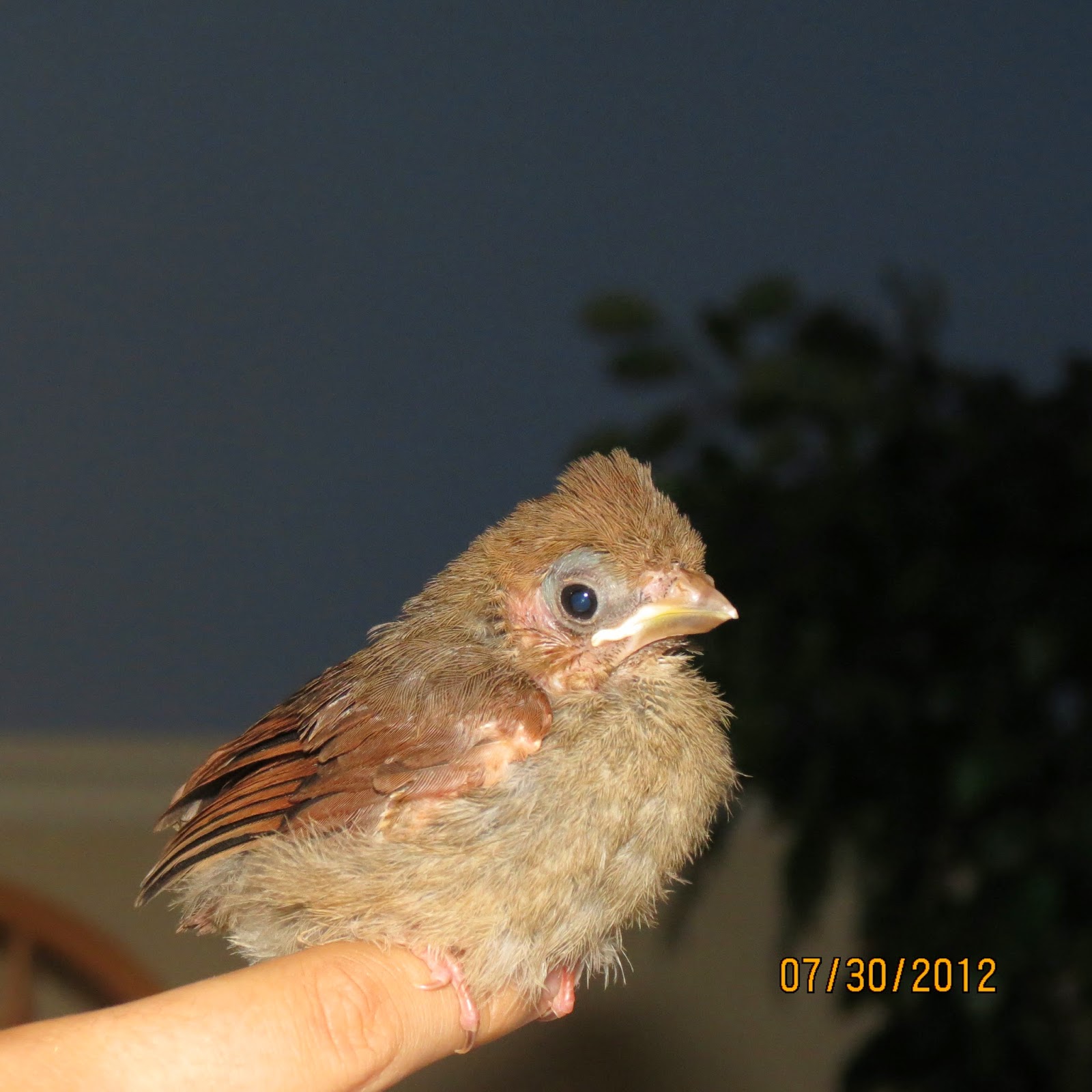 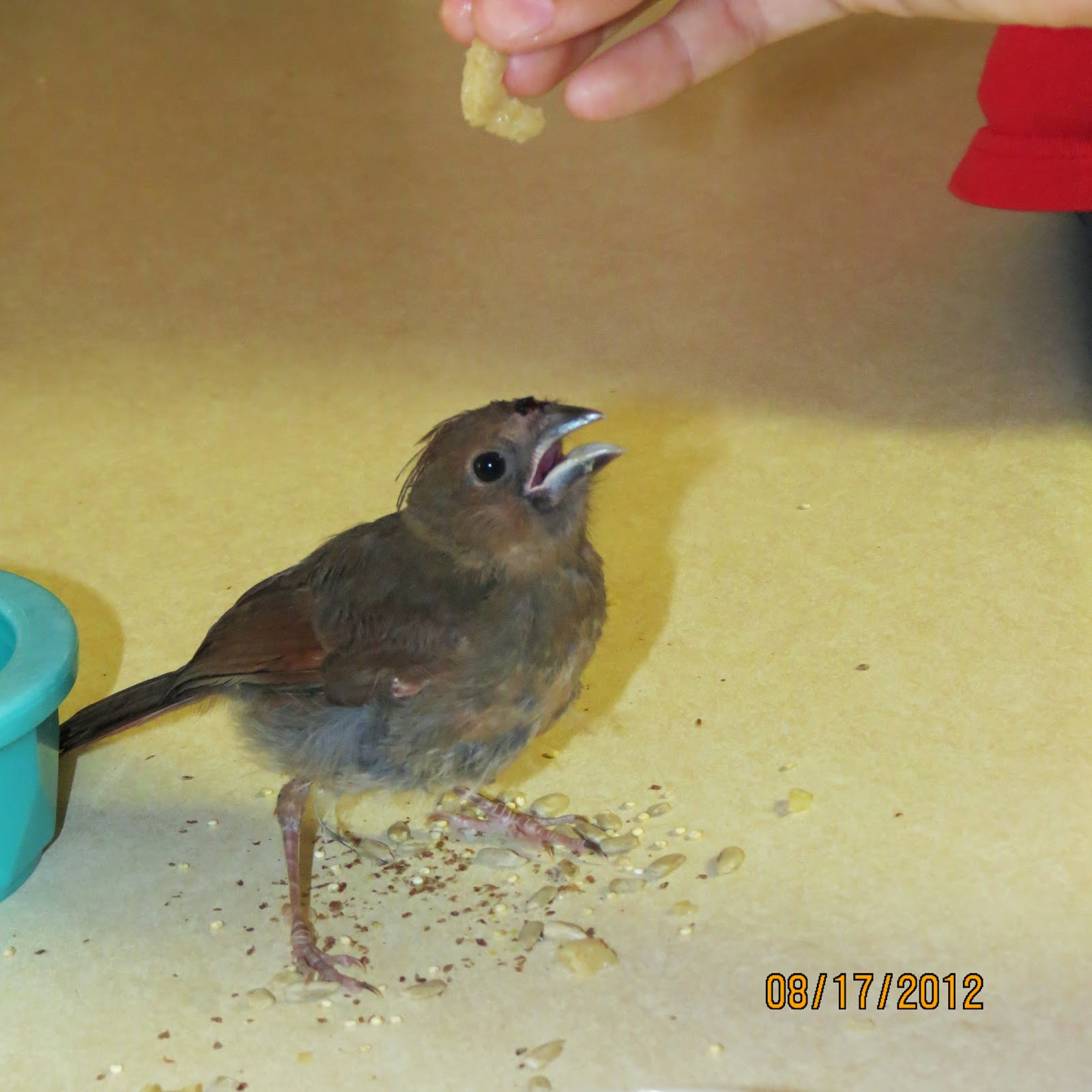 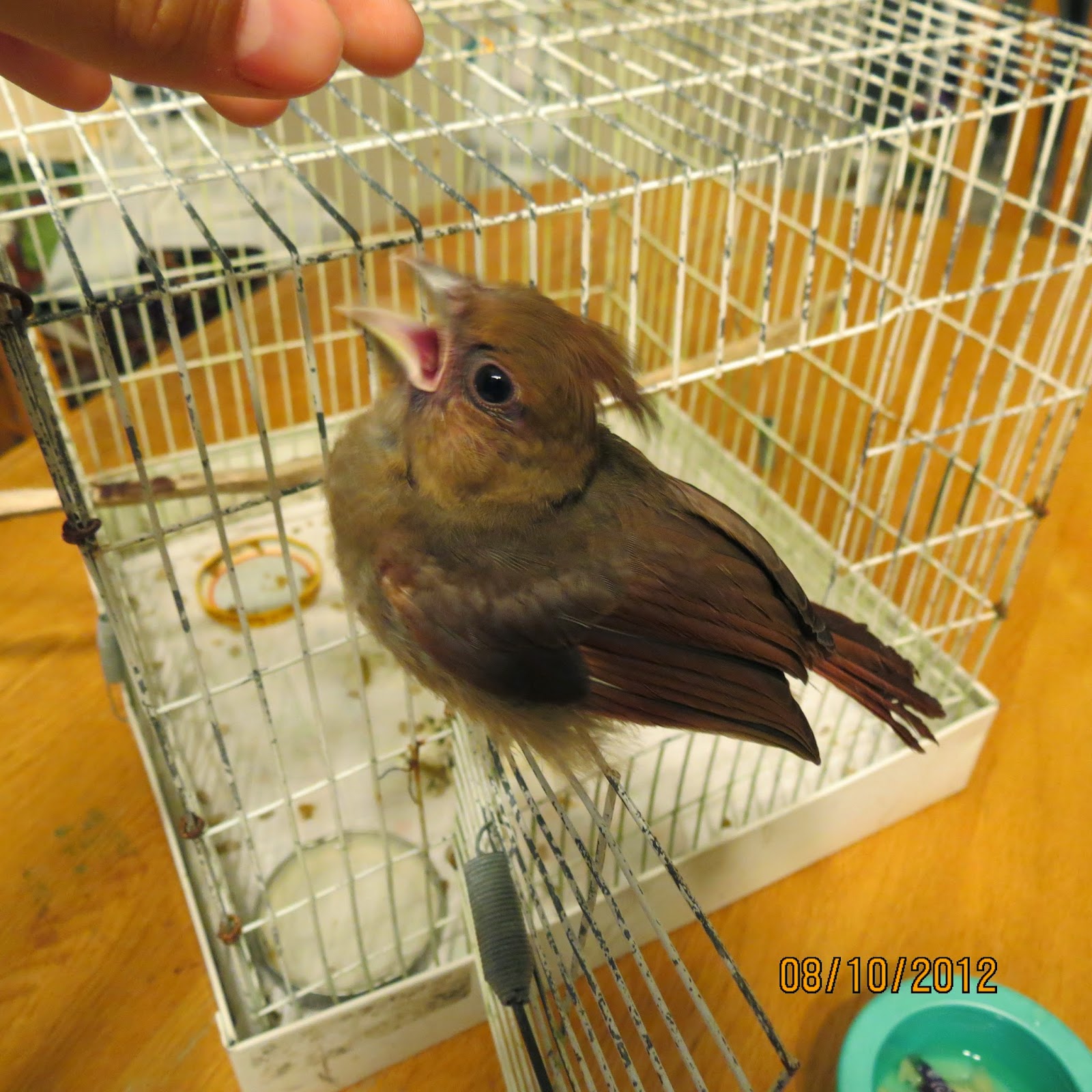 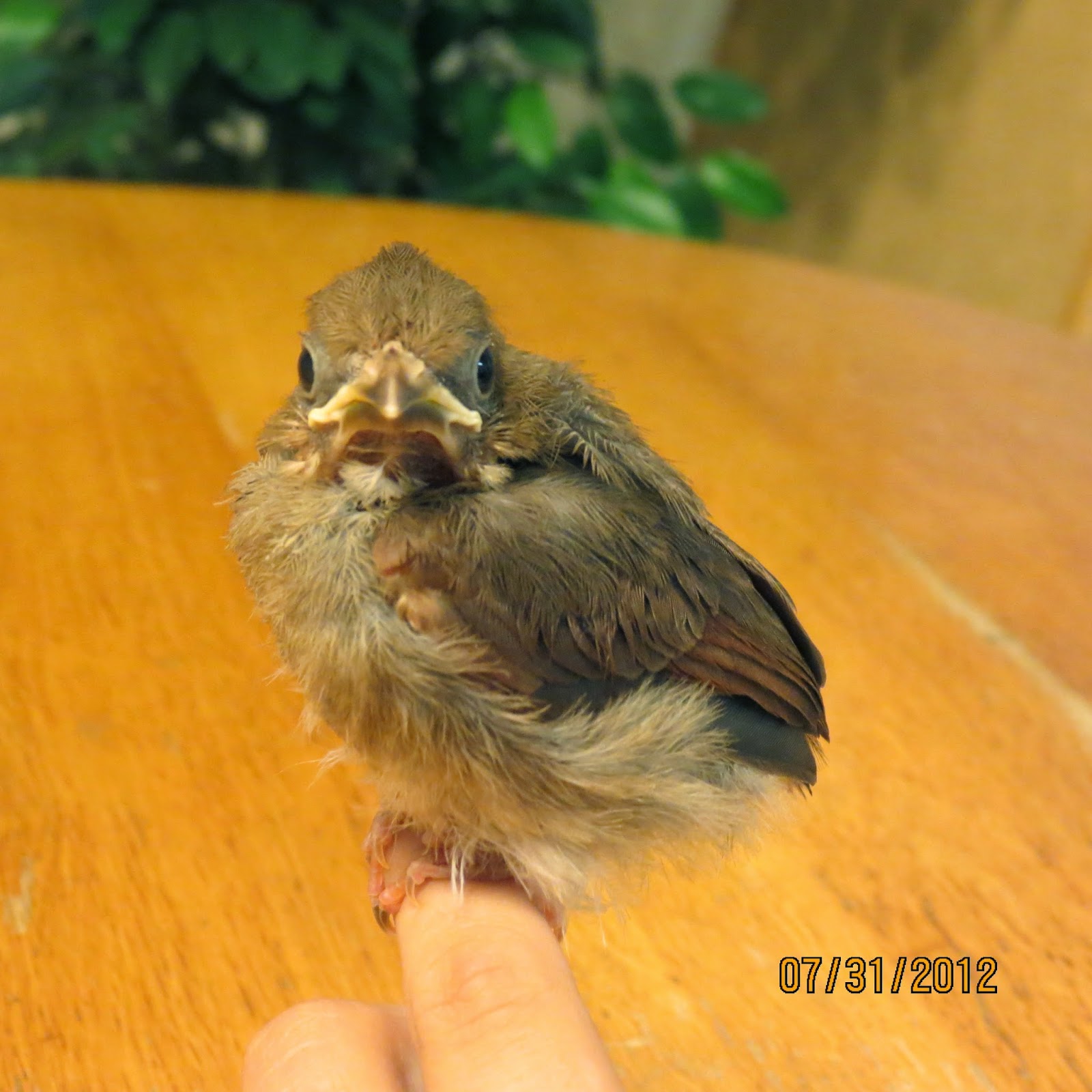 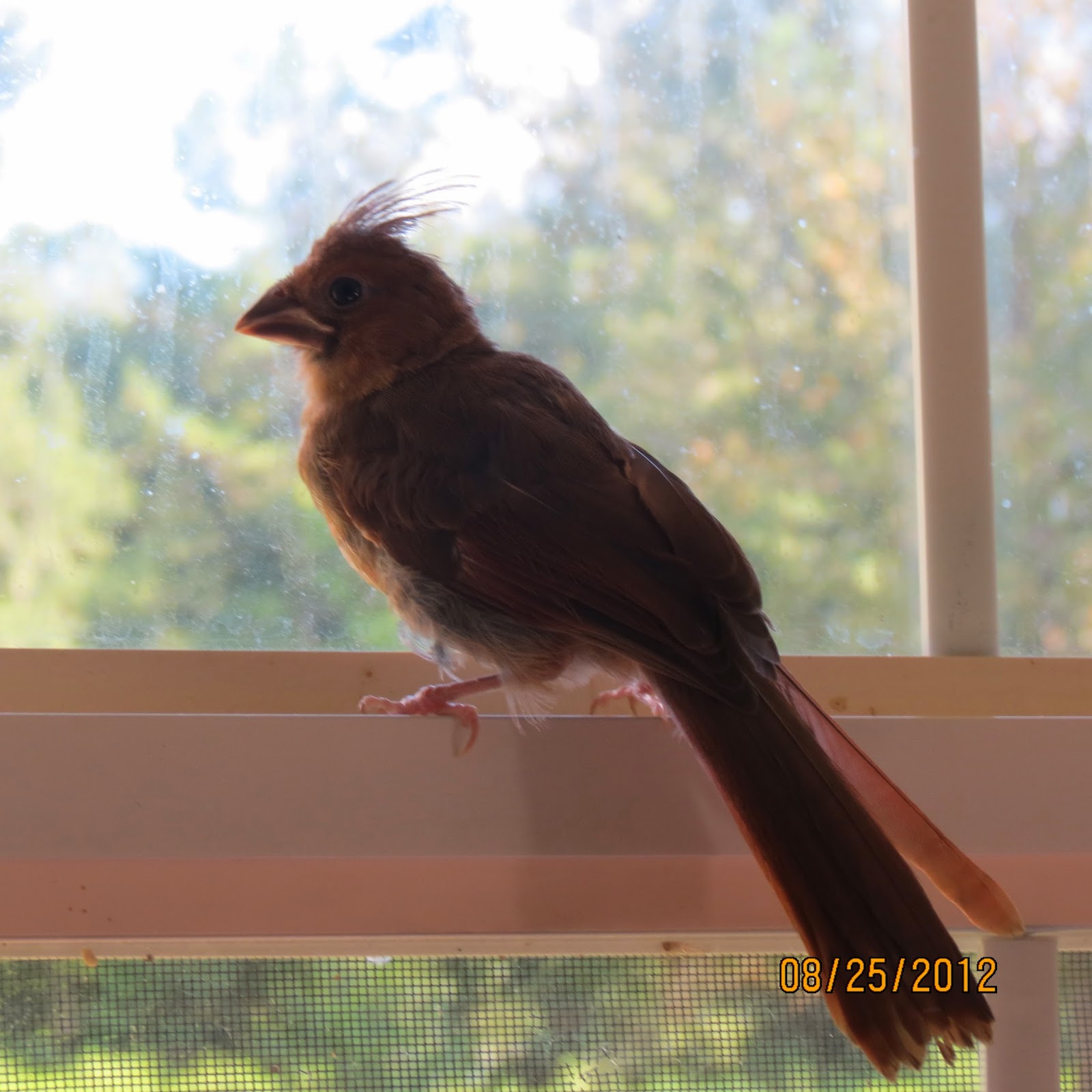 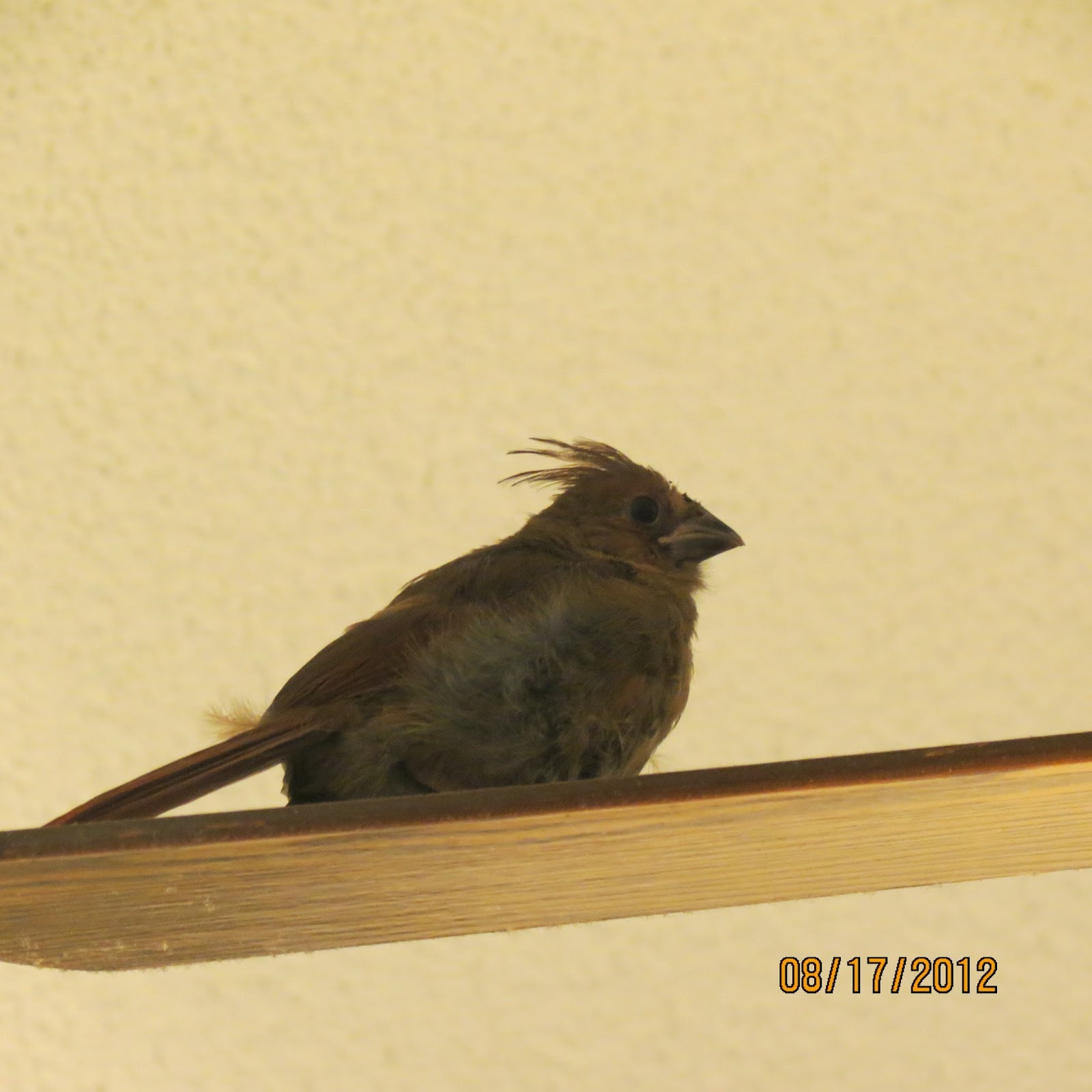