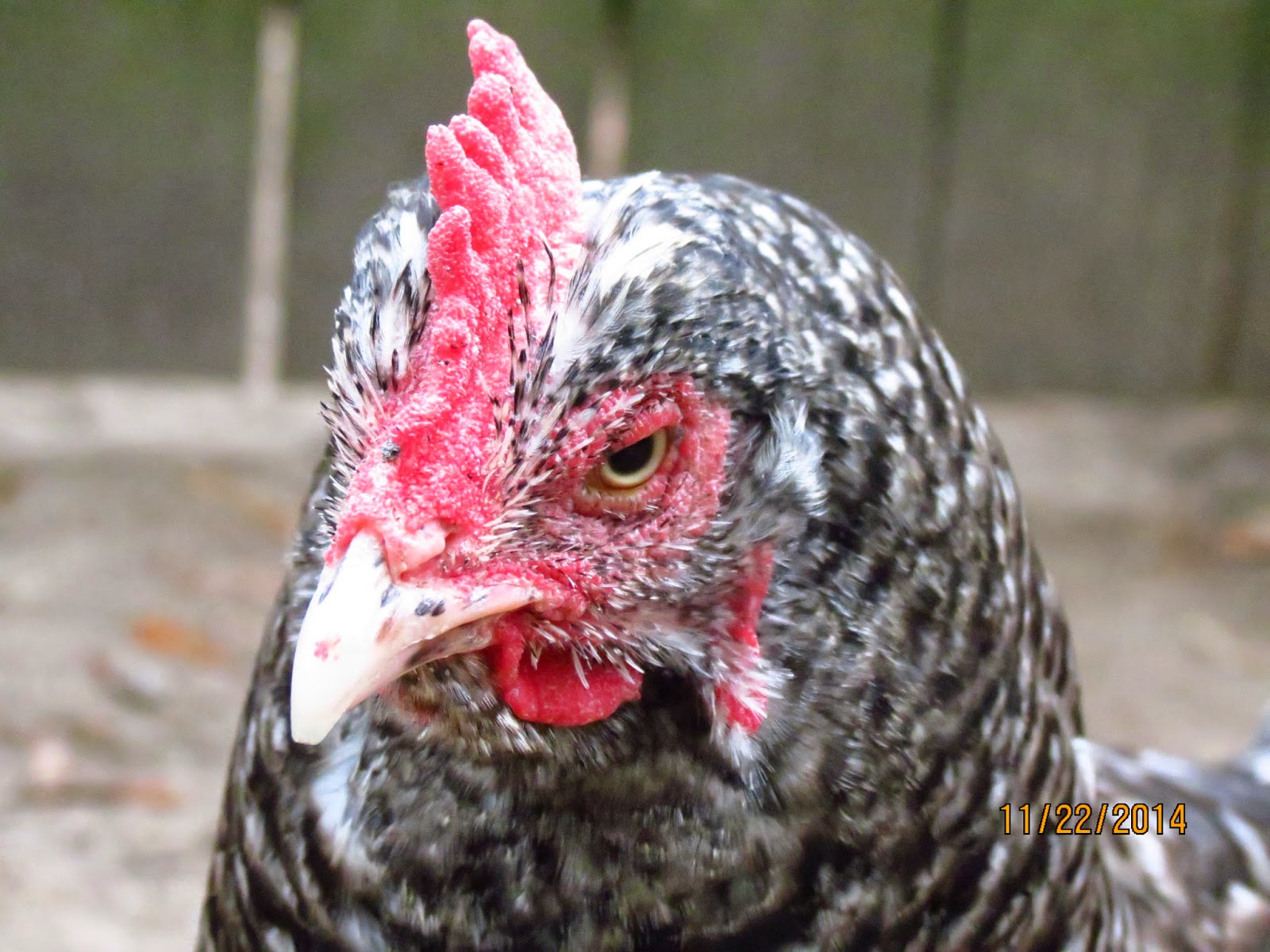 In 2006, we acquired FeatherFeet, along with 20+ other chicks from Ideal Poultry.
The quickest way to tell the three Cuckoo Maran hens apart was by their leg color, hence the names: YellowFeet, PinkFeet and FeatherFeet. 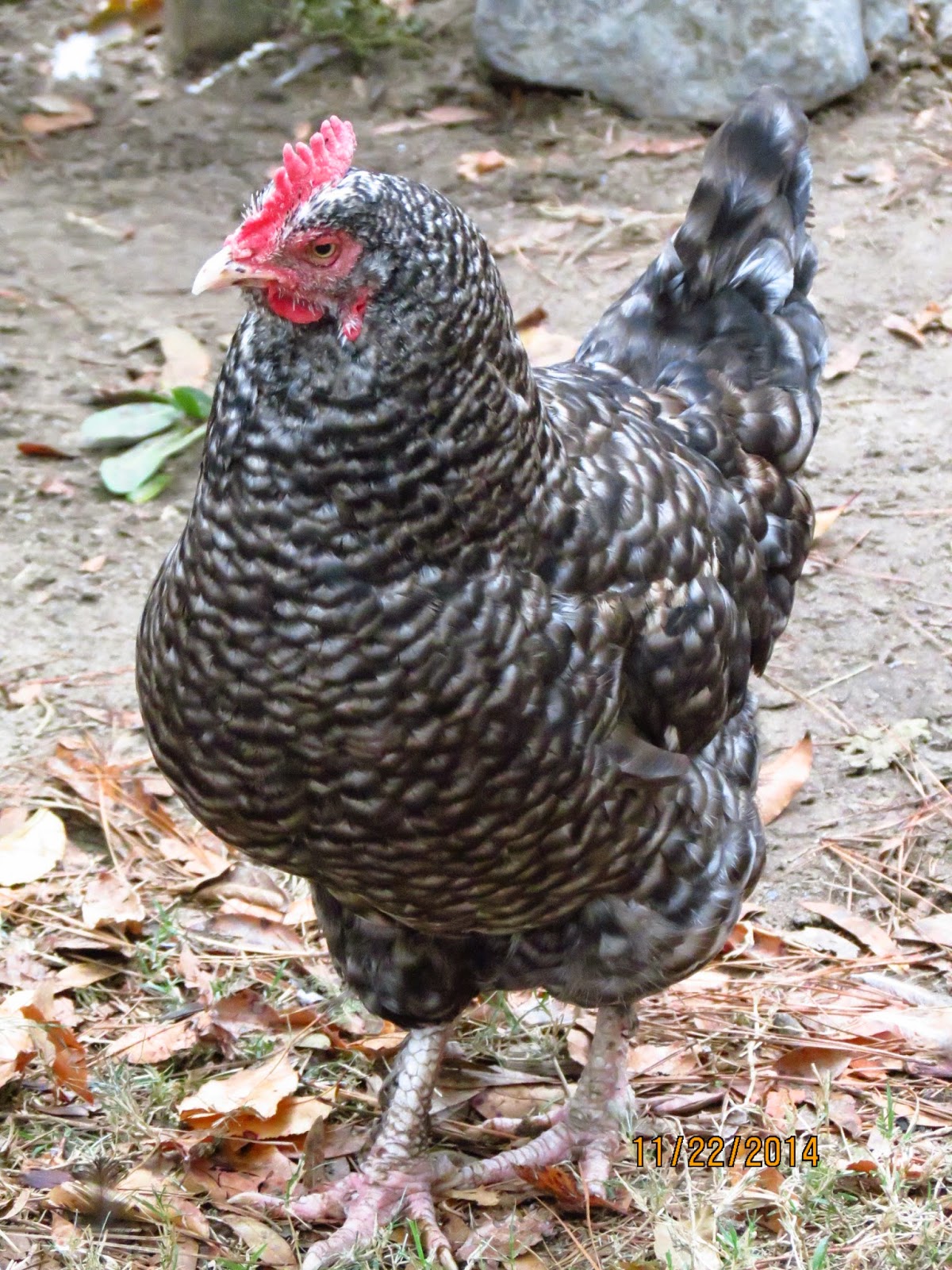 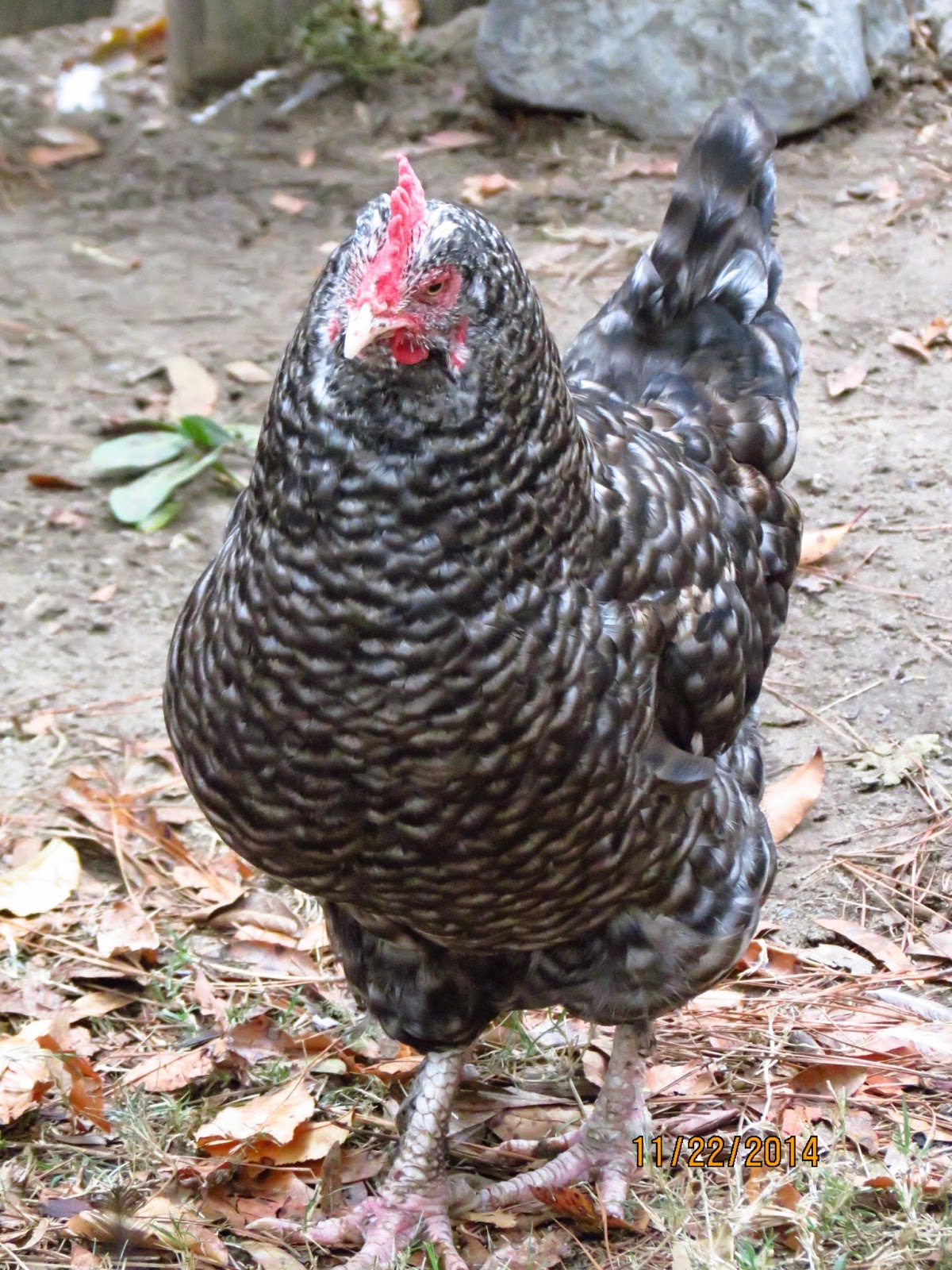 Over the years, she has been known as a chick killer - although that could never be proved - and an egg-eater.
She has never gone broody, and is an dominant and proud hen, even occasionally fighting Sky.
In early August of 2014, I noticed that she was having trouble eating.
She can still see well enough to wounder around the yard, but needs help to find food unless it is in a bowl. 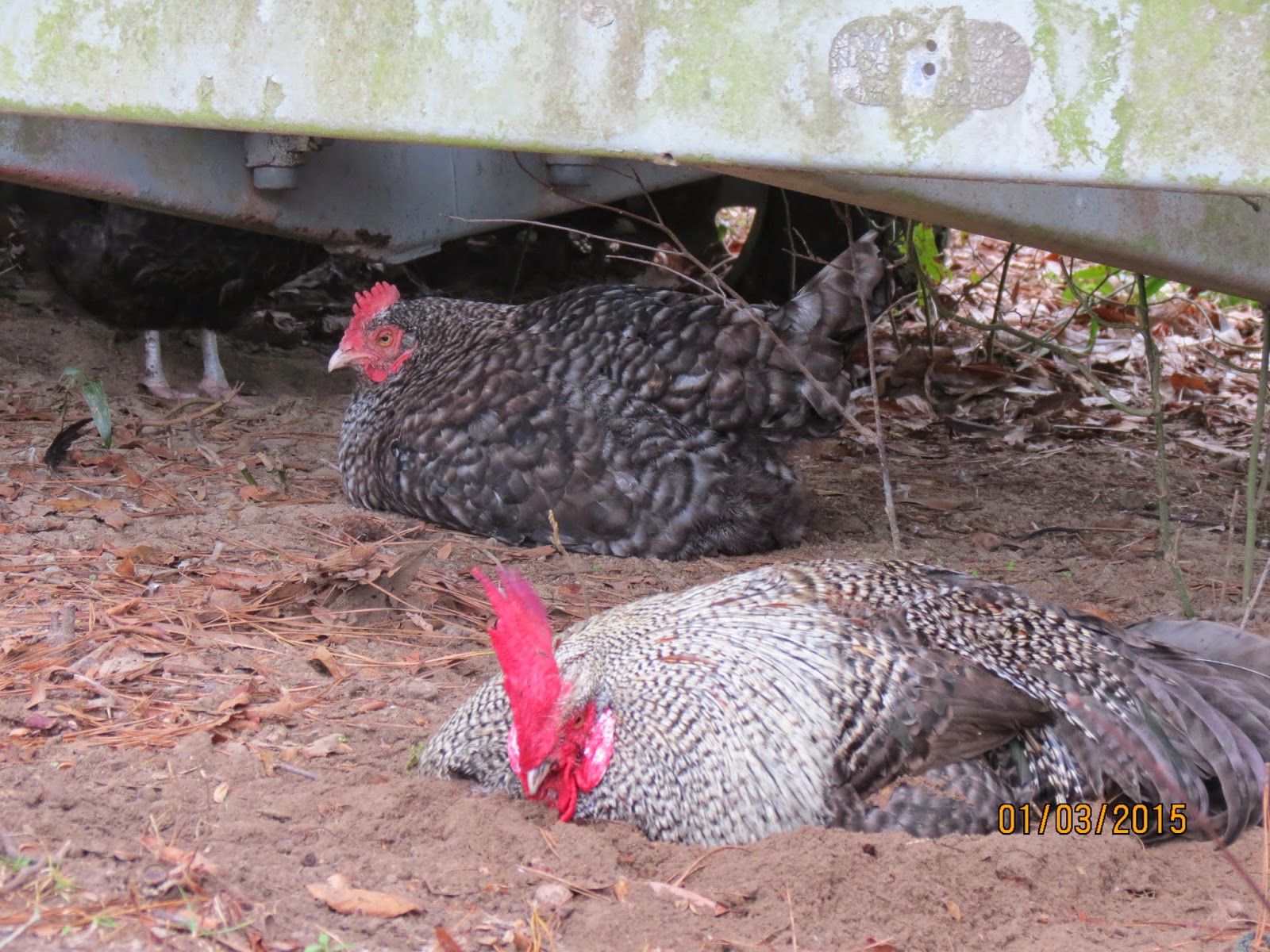 Star, former King of Flock and thought to be her son, watches over her.
He has arthritis, but that does not stop him from keeping an eye out for predators or scratching in the leaves for something edible to give to her. They are never far apart.
This is just another example of an animal caring for someone who is unable to help their self, something many humans neglect to do. 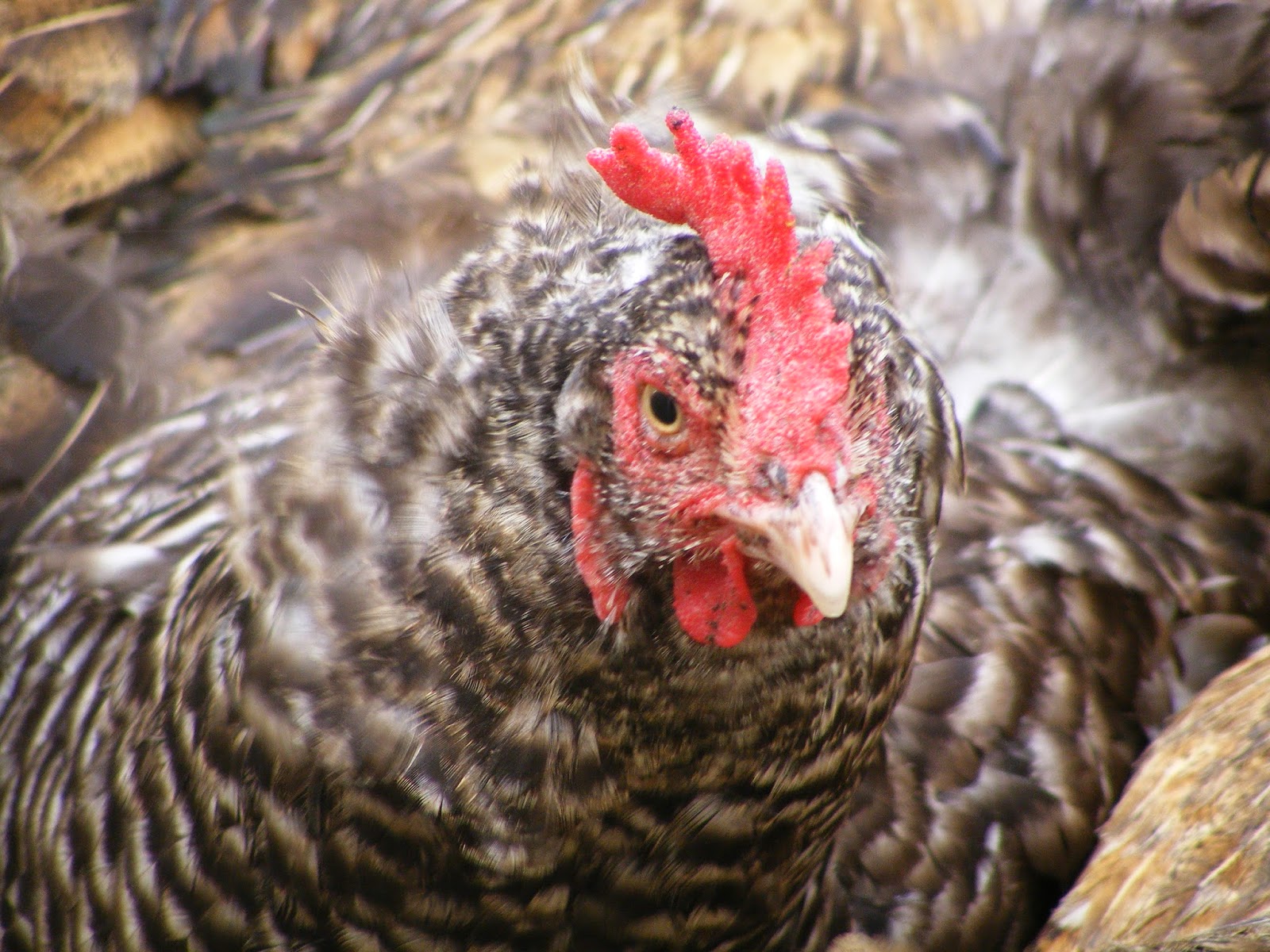 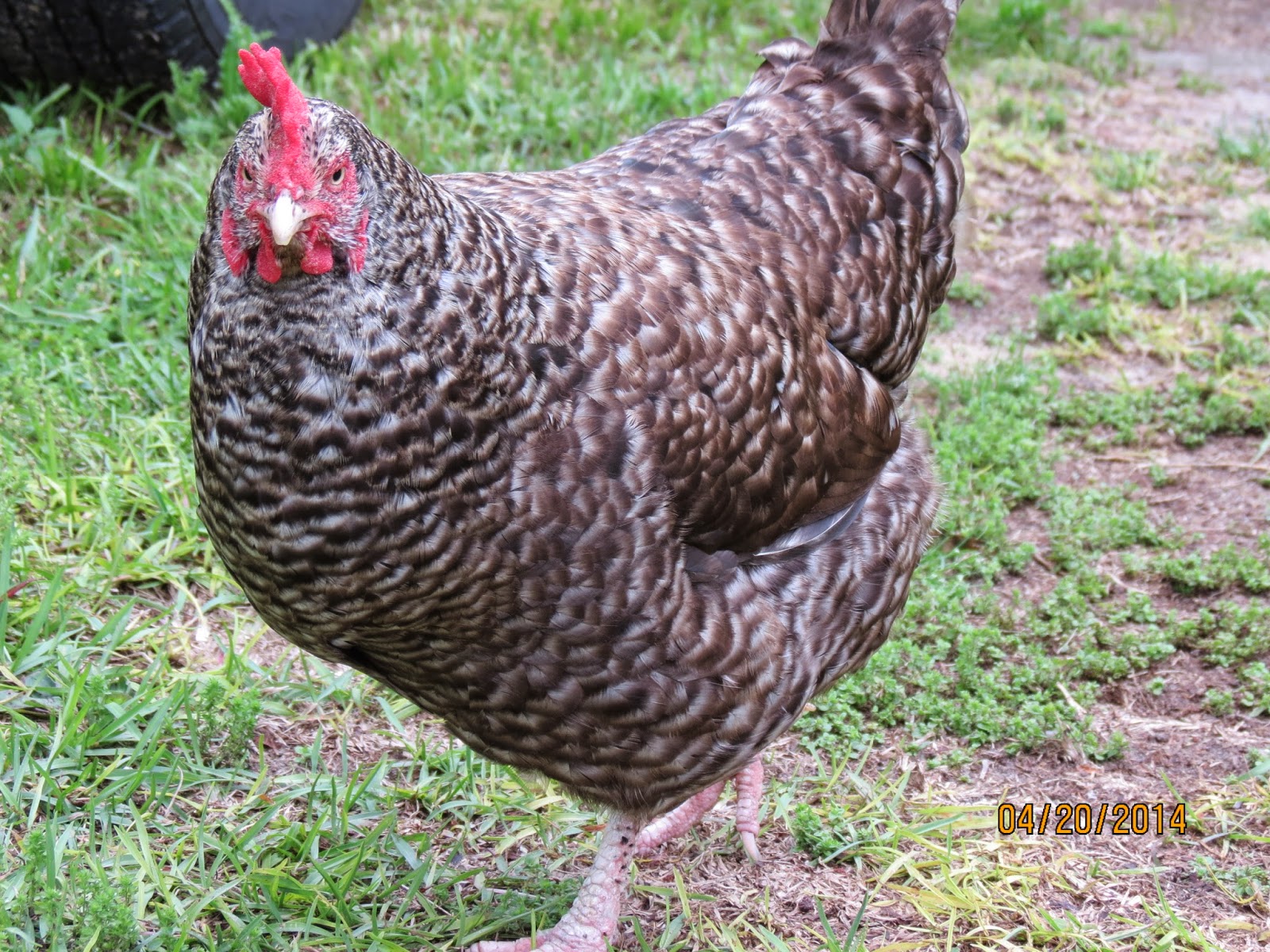