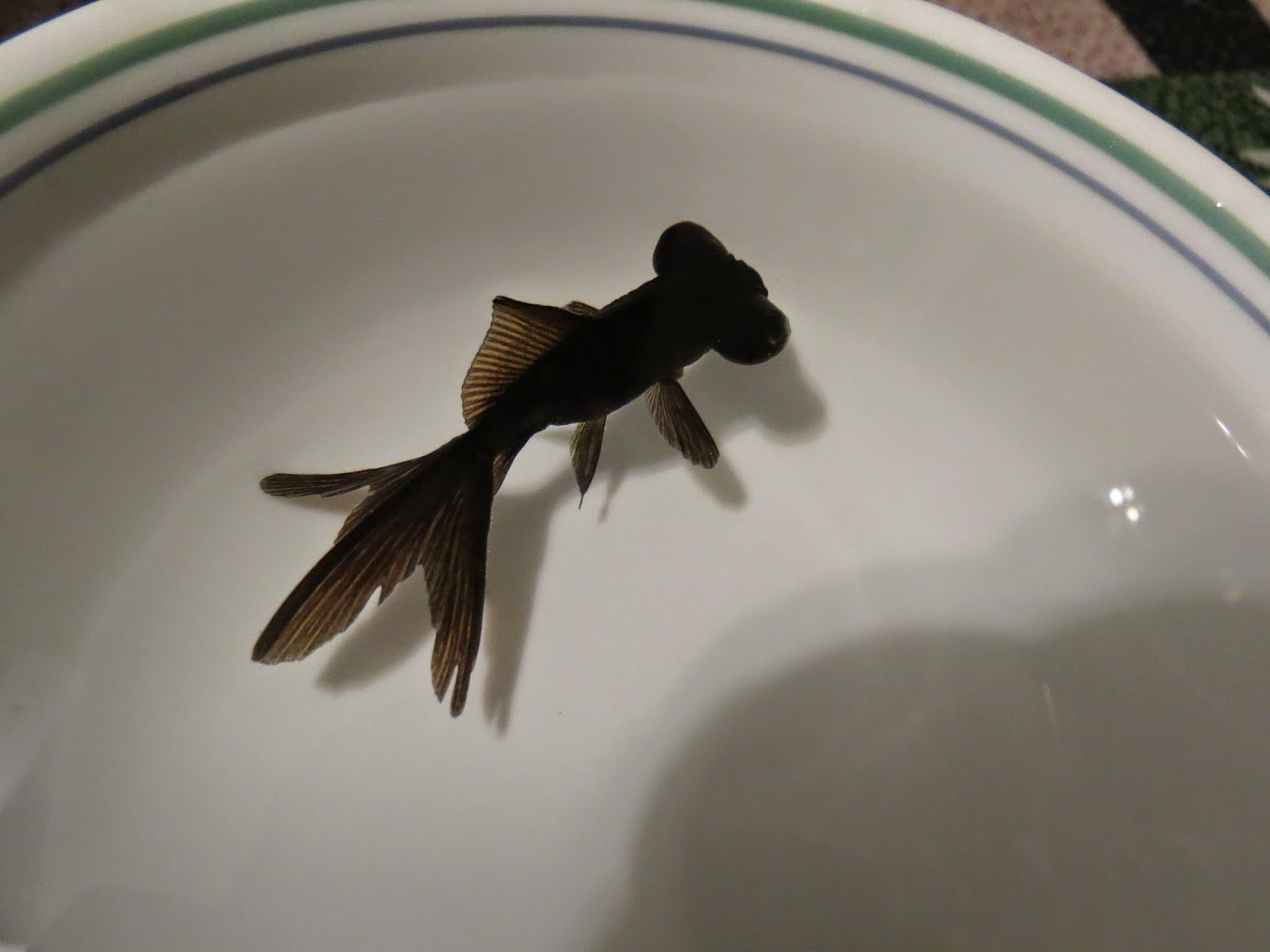 On April 8, 2015, we rescued Tup from Wal-mart.
Most of his fins and his mouth was covered in a white fungus. I had never had a fish that bad ever survive, so I was unsure about his recovery. He was keep in a bowl while being treated and it was not long before the white patches started to fade. They eventually disappeared all together. 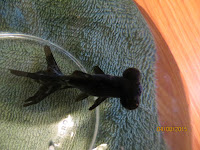 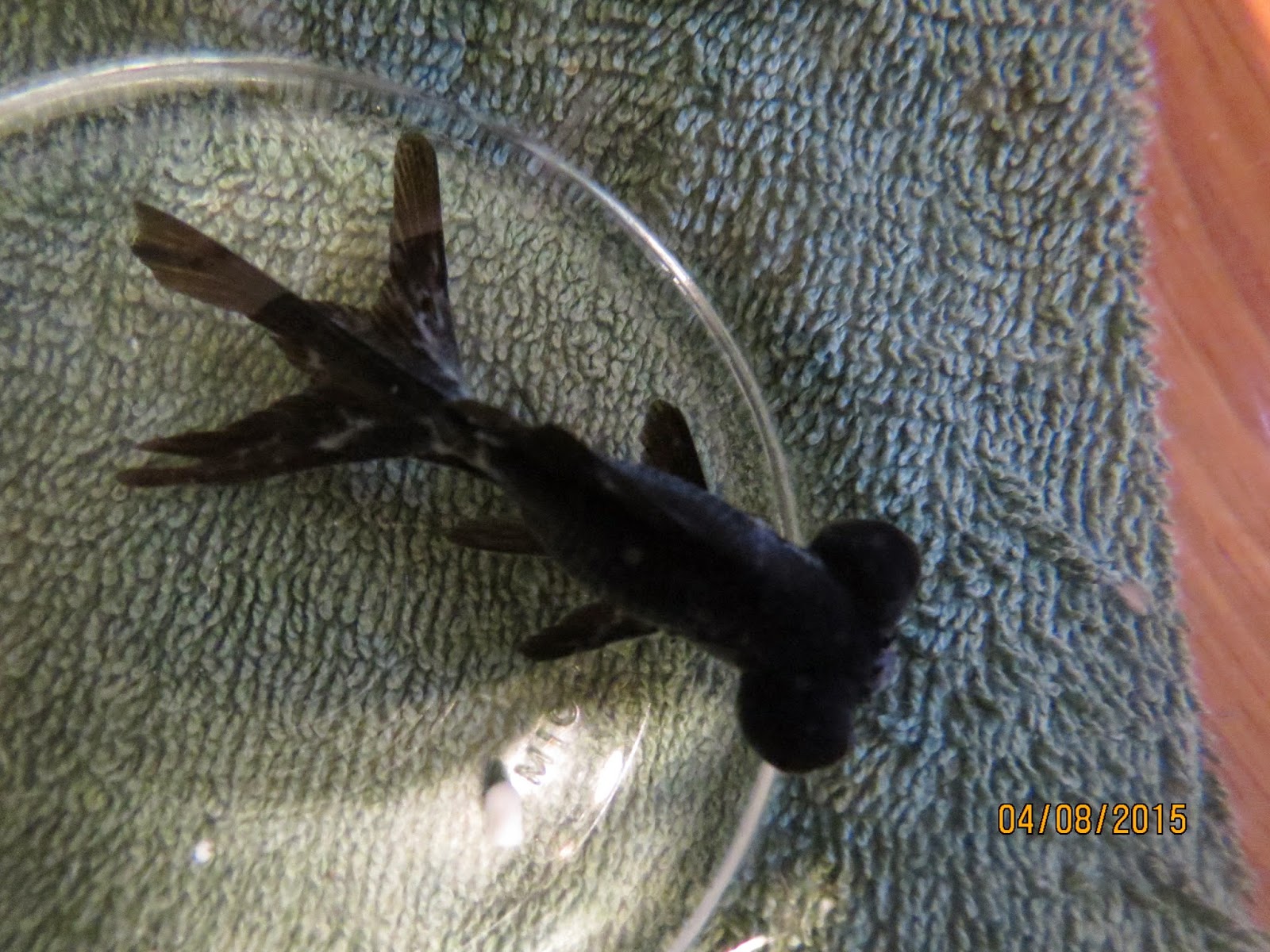 Once he was fully recovered, he was moved to the aquarium.
He has never been very active and is often found resting on the gravel.
He was named after a character from the Star Wars: Jedi Apprentice series.
I am not sure which brand of fish medication I used, since I always seem to loose the box and end up with all these mysterious tablets everywhere. But whatever it was it worked great! 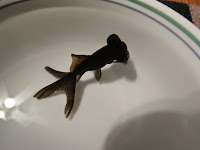 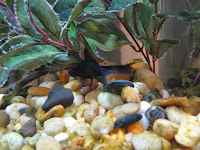 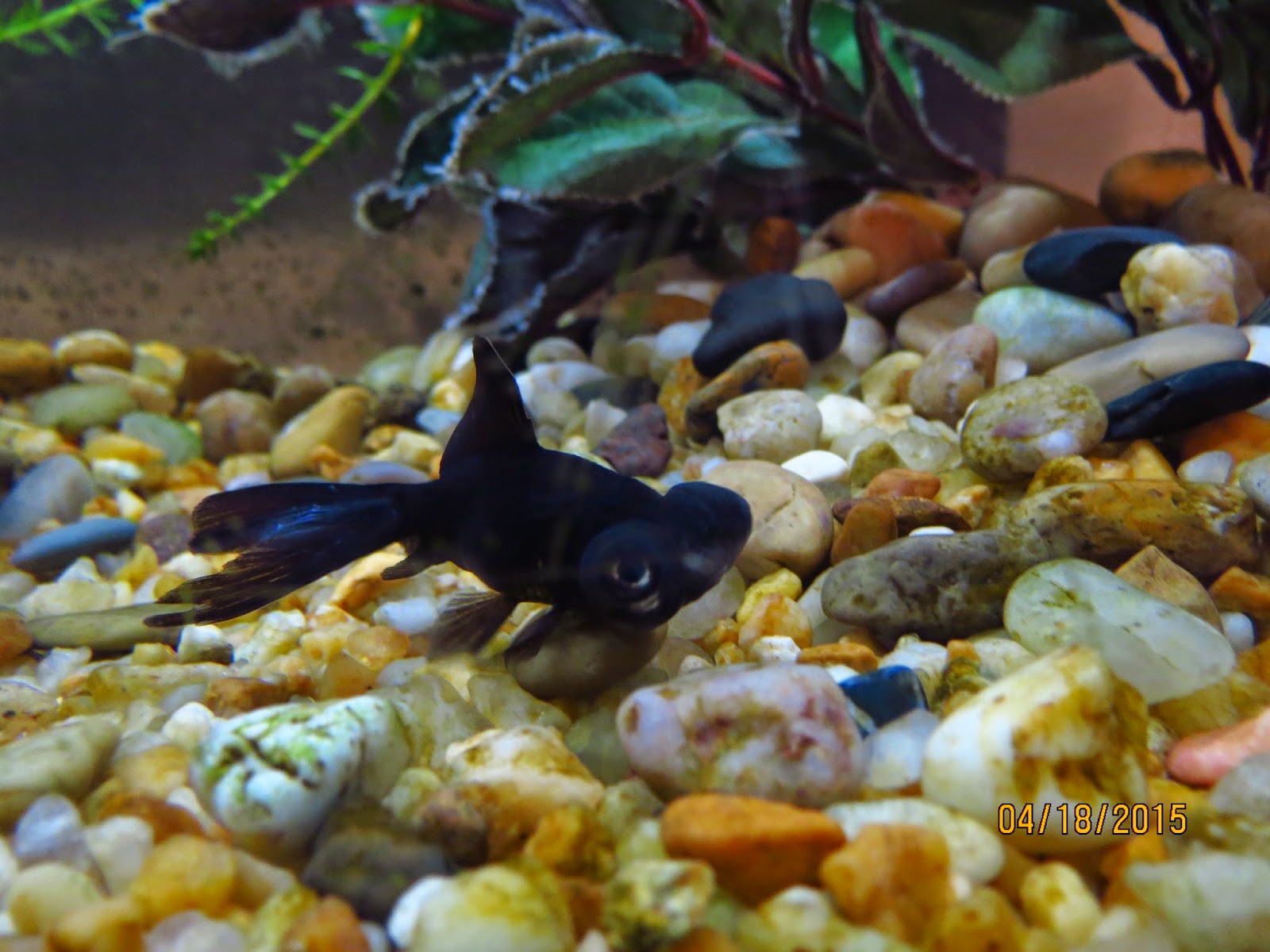