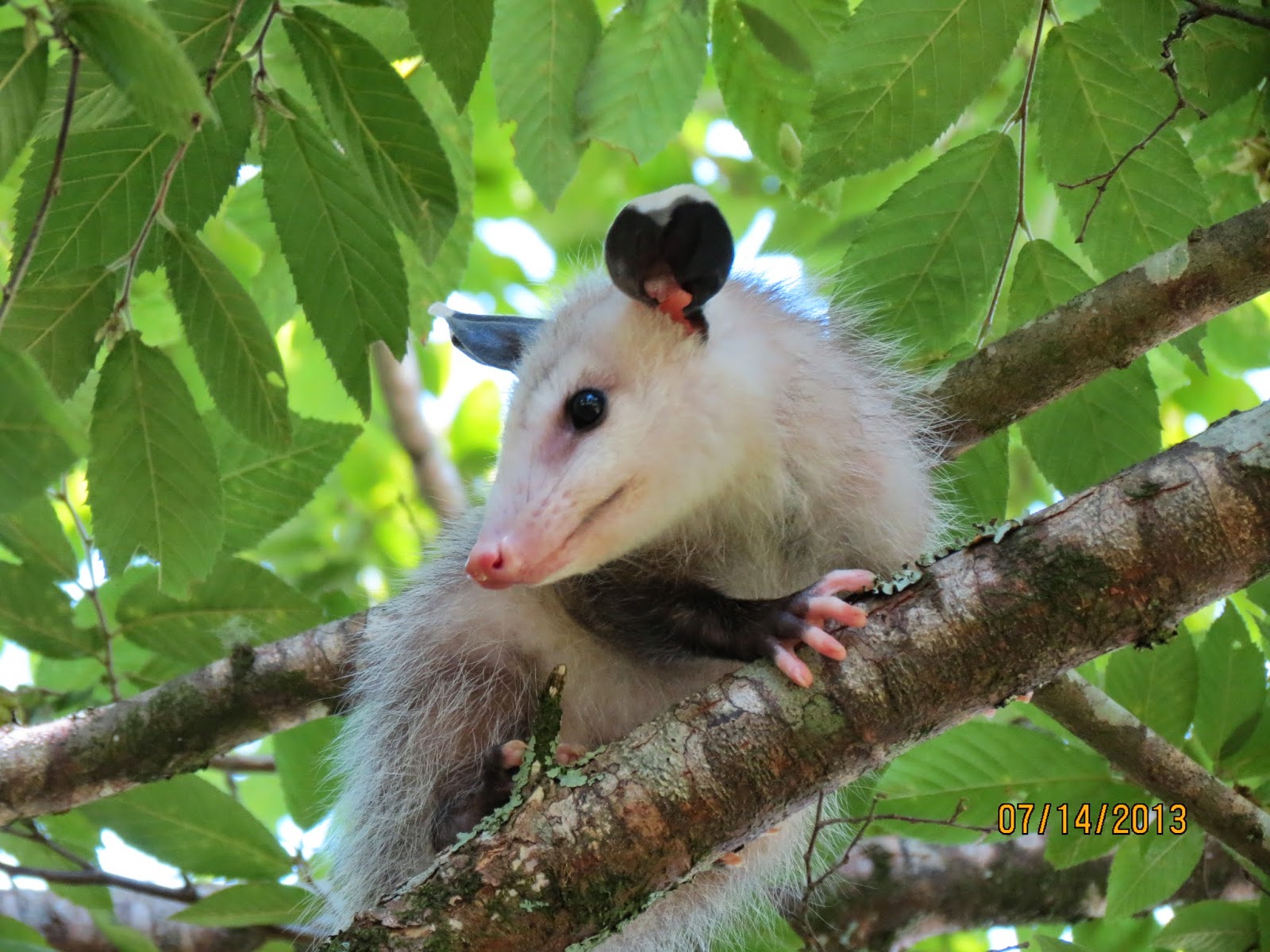 
When my dad came home from work on April 15, 2013, he brought us four baby opossums that he had found in a storm drain. They were adorable! We fed them puppy milk replacer to begin with, then vegetarian dog food, eggs, fruit, vegetables, and other things when they got older. Each one was was different. This is Shade's story. 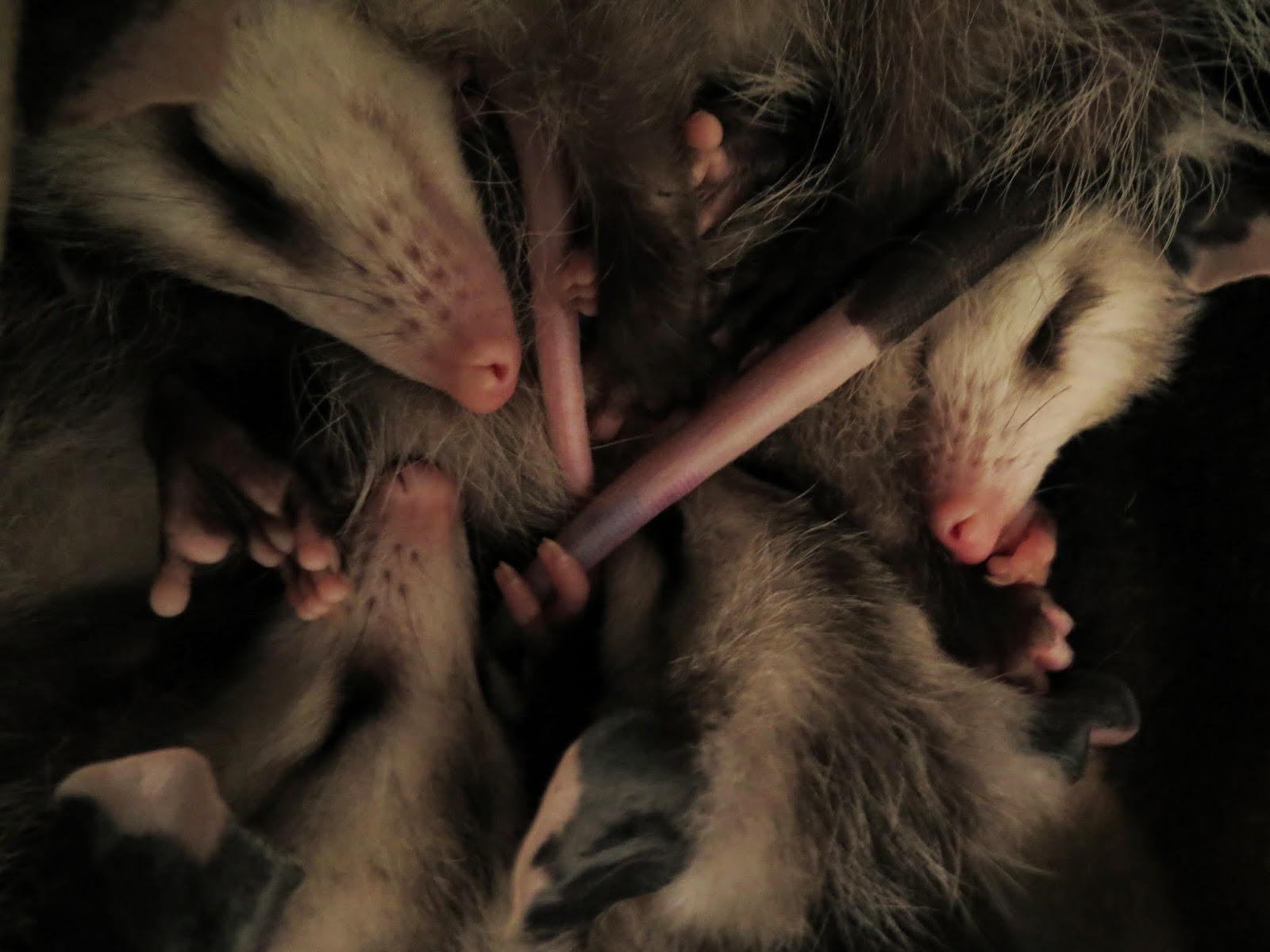 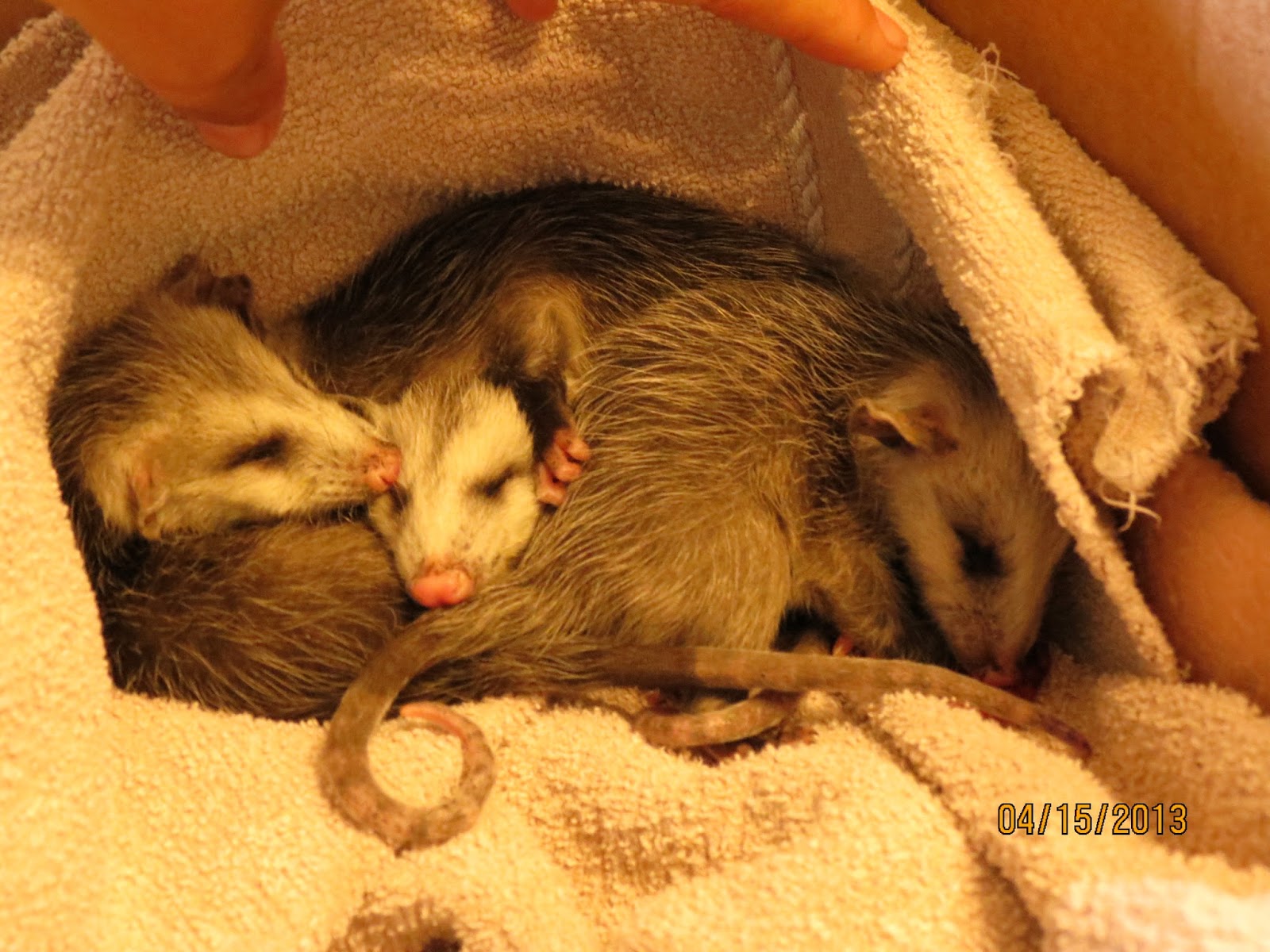 Shade was the smallest of the four brothers.
We had only had them for two days before he disappeared.
The other three "martians" were still asleep in the box when we checked on them, but Shade was gone. We searched everywhere, even in the yard in case he had somehow gotten outside.
I was very worried about him since he was too young to have any chance of surviving on his own. The next morning he was found in a basket of clothes, fast asleep.
I was very relieved that he had come to no harm, and kept a closer eye on him after that. It did not seen to phase him and he remained the most adventurous of the brothers. 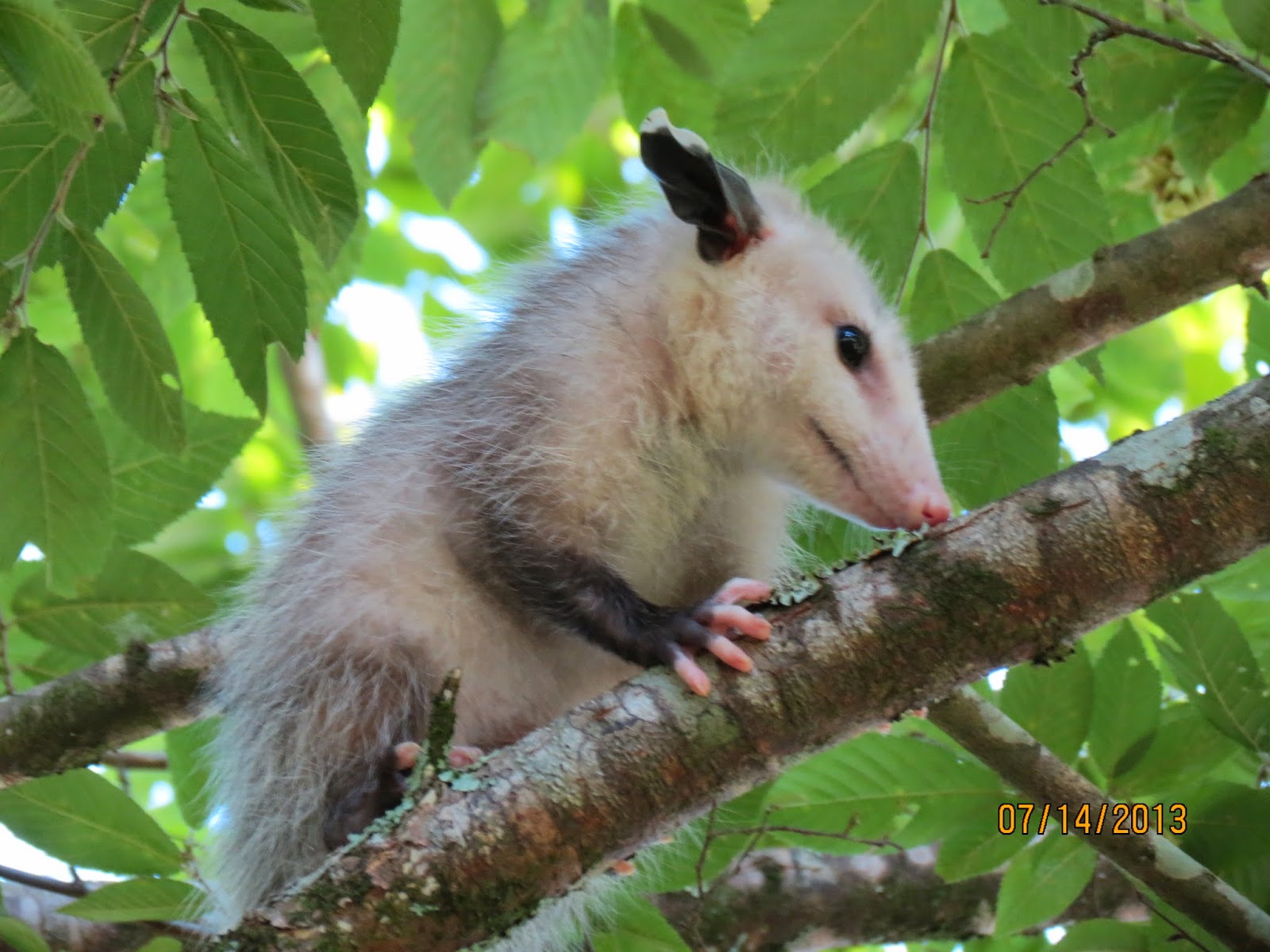 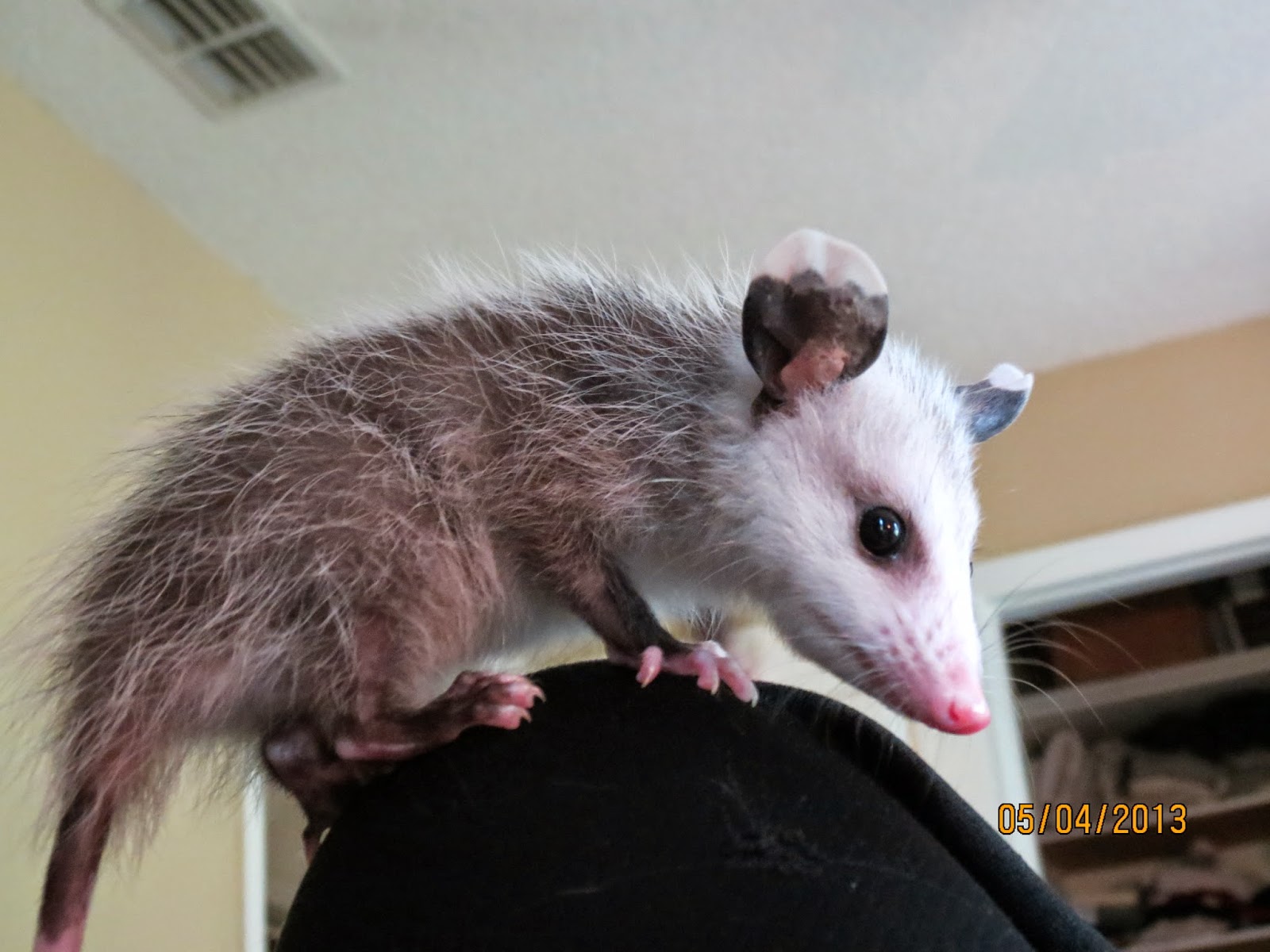 I named Shade after a character from the book Dark Life by Kat Falls.
Unlike his brothers, he was very picky. The only food that he really liked were cucumbers, squash, zucchini and apples. Also unlike his brothers, he loved to climb trees. He had amazing balance.
I only saw him loose his grip once, and the branches caught him before he fell too far.
He was very active and strong for his size. We often saw him dragging a oversize cucumber or zucchini that must of weighted many times then he did behind something to eat it without being watched. 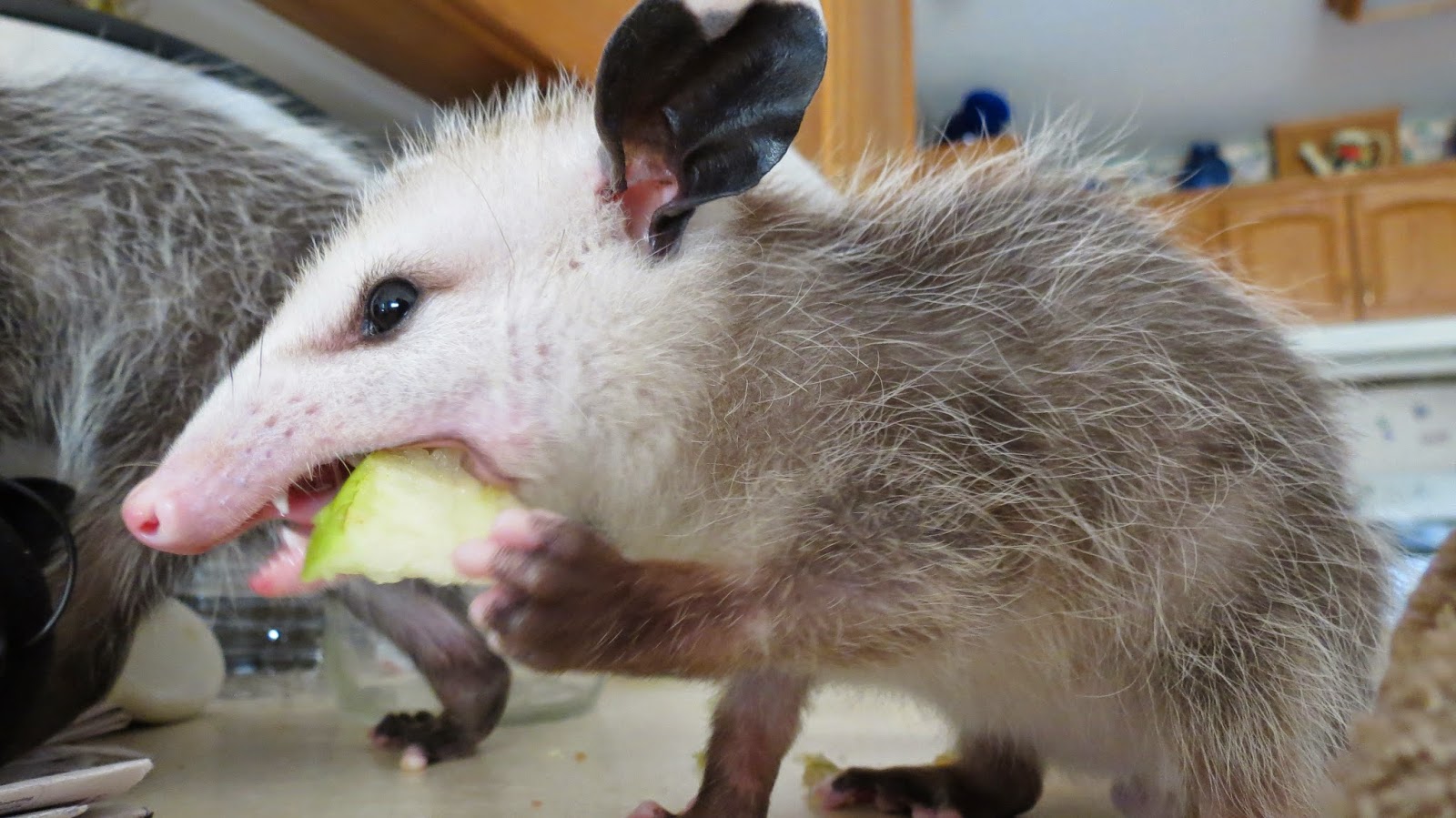 The day came when the "martians" were ready to begin their life in the wild.
On August 3, we carried them to the woods behind our house and said goodbye.
The next day I saw Shady wandering close to the spot where we had released them.
I had to tell him goodbye again, to please come and visit me sometimes and that I loved him.
After that, Shade was gone.