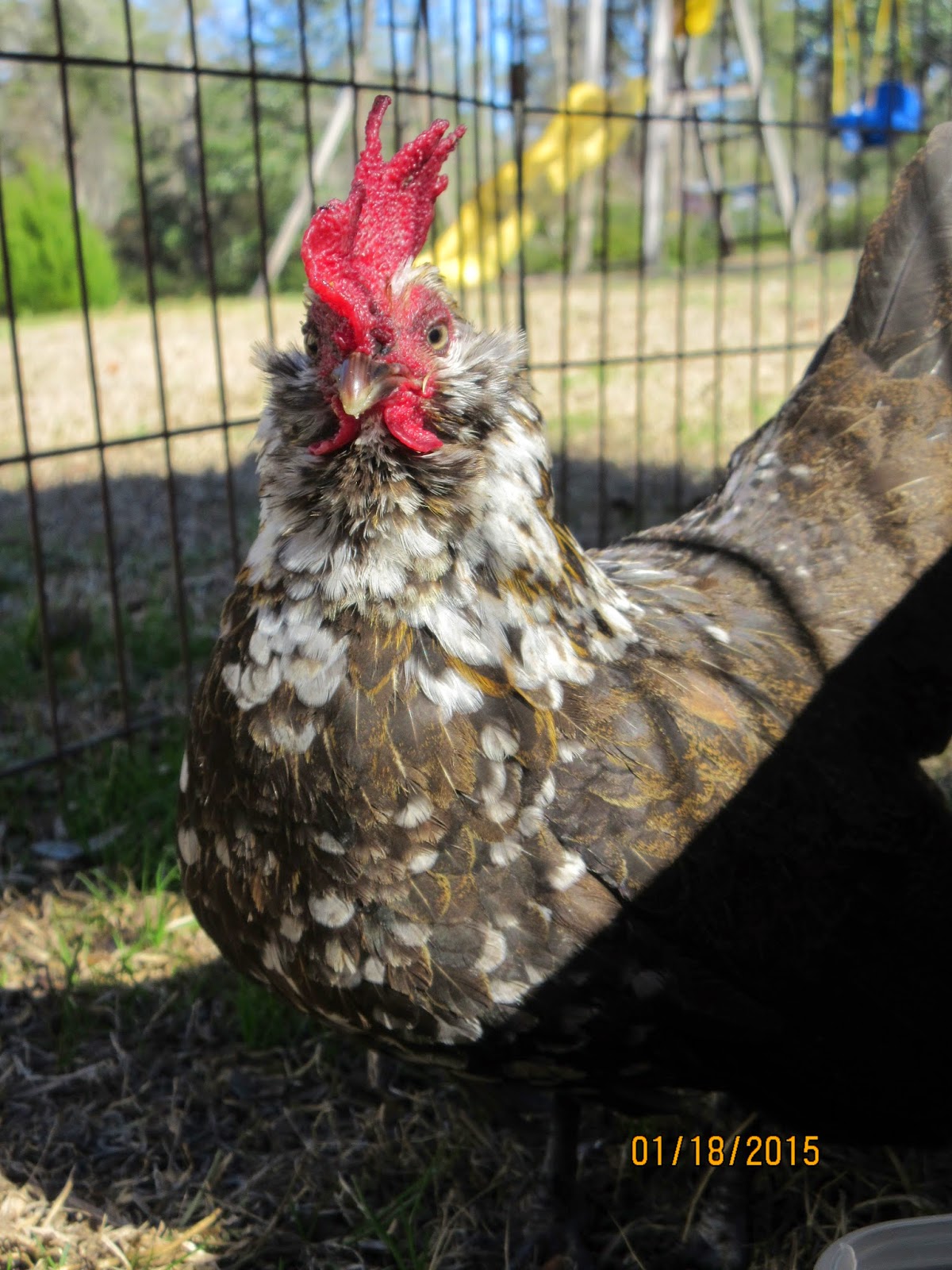 This is Flower, who was named after the leader of the Whiskers from Meerkat Manor.
She is one of five chicks who, along with their mother, were given to us by Kathy B. in 2007.
Now, eight years later, she and Rose are the only two survivors.
Like her sister, she has been a wonderful mother to her children and a valued member of Izzy's flock. She is also Izzy's favorite hen. 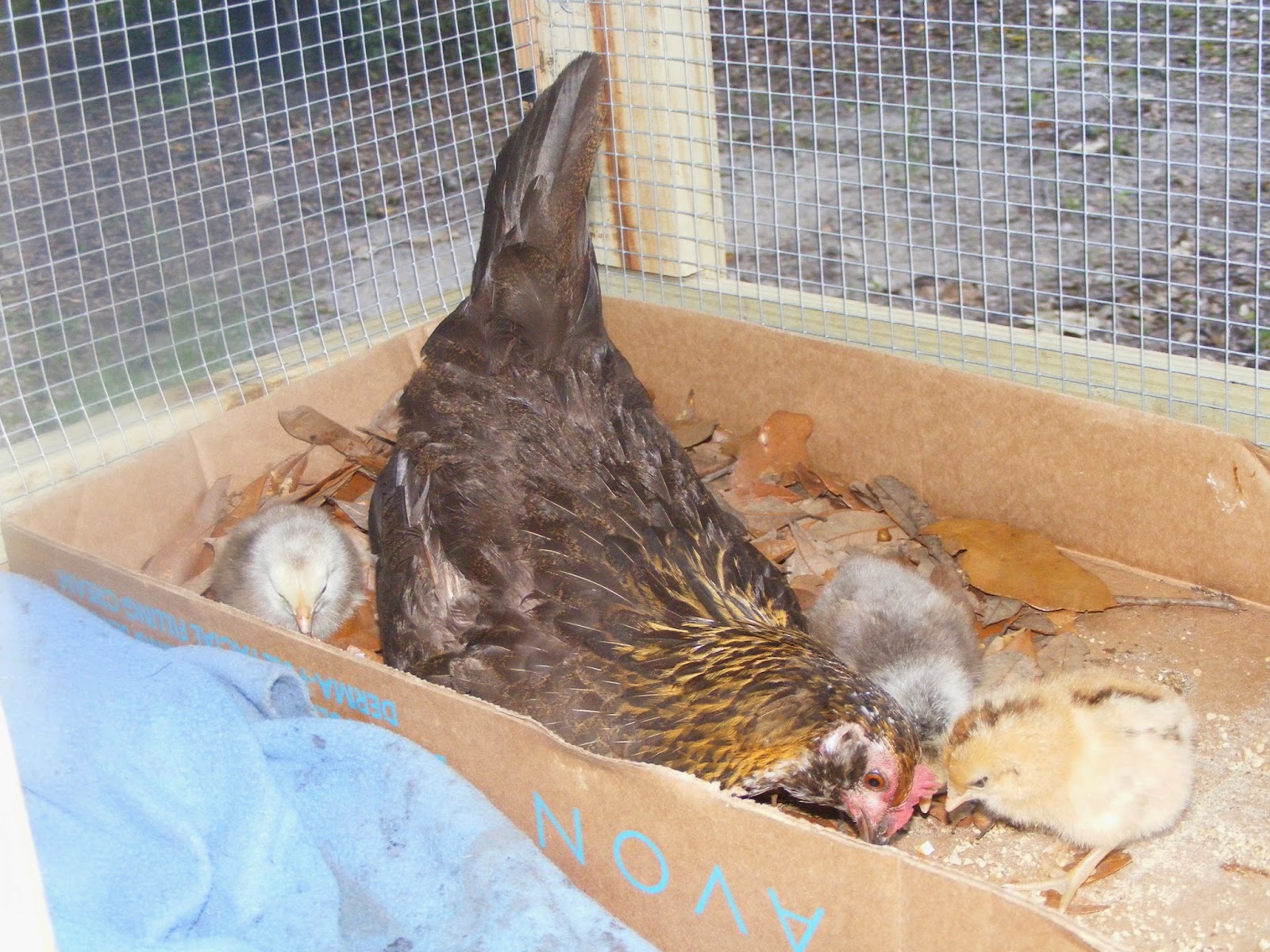 In 2009, Flower went broody and hatched several chicks and incubated Sophie the duck.
Although Sophie had problems with hatching and had to be taken away from Flower, she cared especially well for the others. Only one of her chicks, a large rooster named Cucumber, is still alive today. 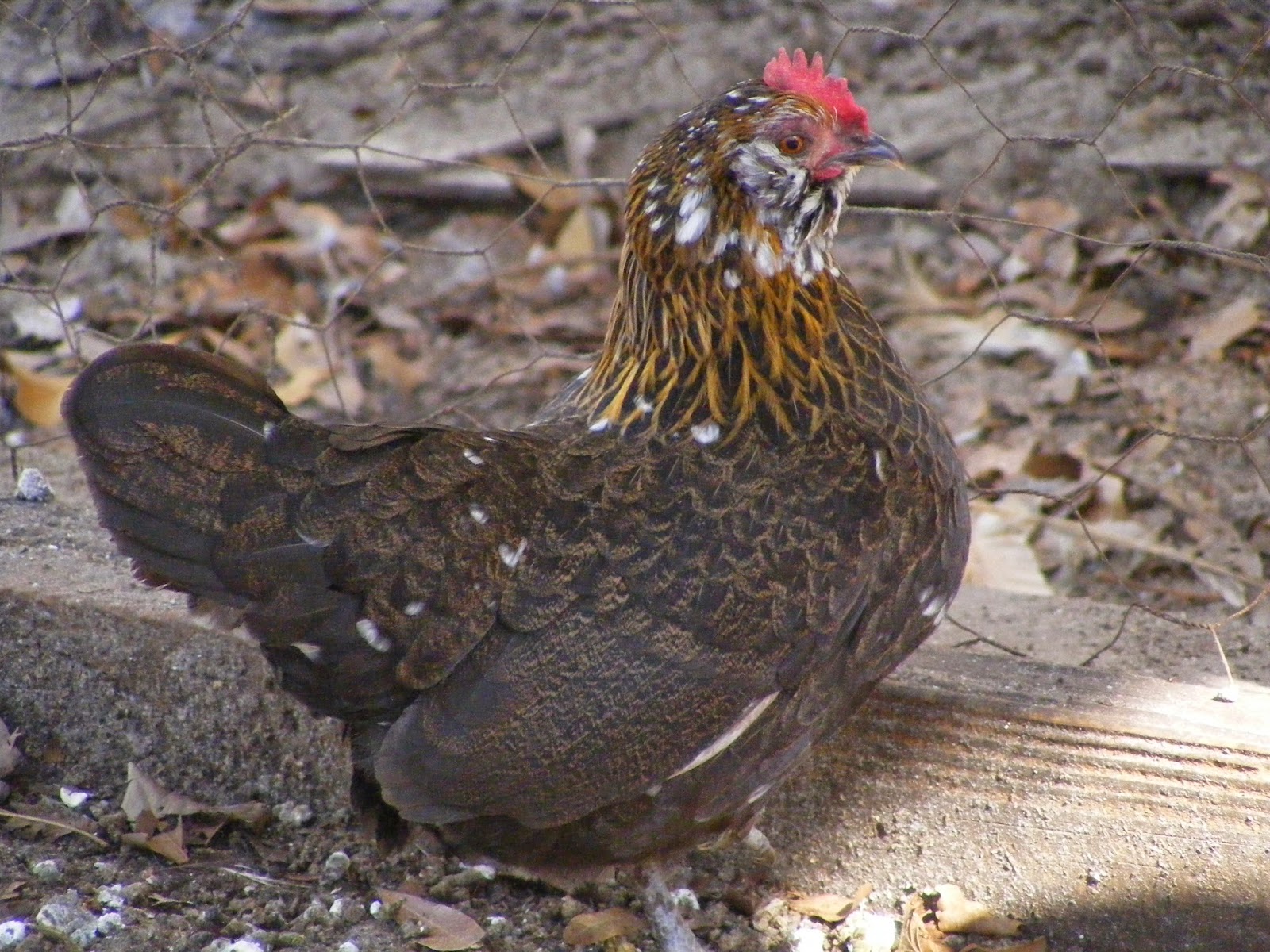 When she was younger, Flower developed a terrible case of leg-mites that took a long time to get rid of.
Leg-mites are very common here and if left untreated, can cause a chicken to loose her toes or even her feet. It is easily treated by covering their legs and feet in Vaseline every day or so for around a week or until the legs stop smelling like popcorn. 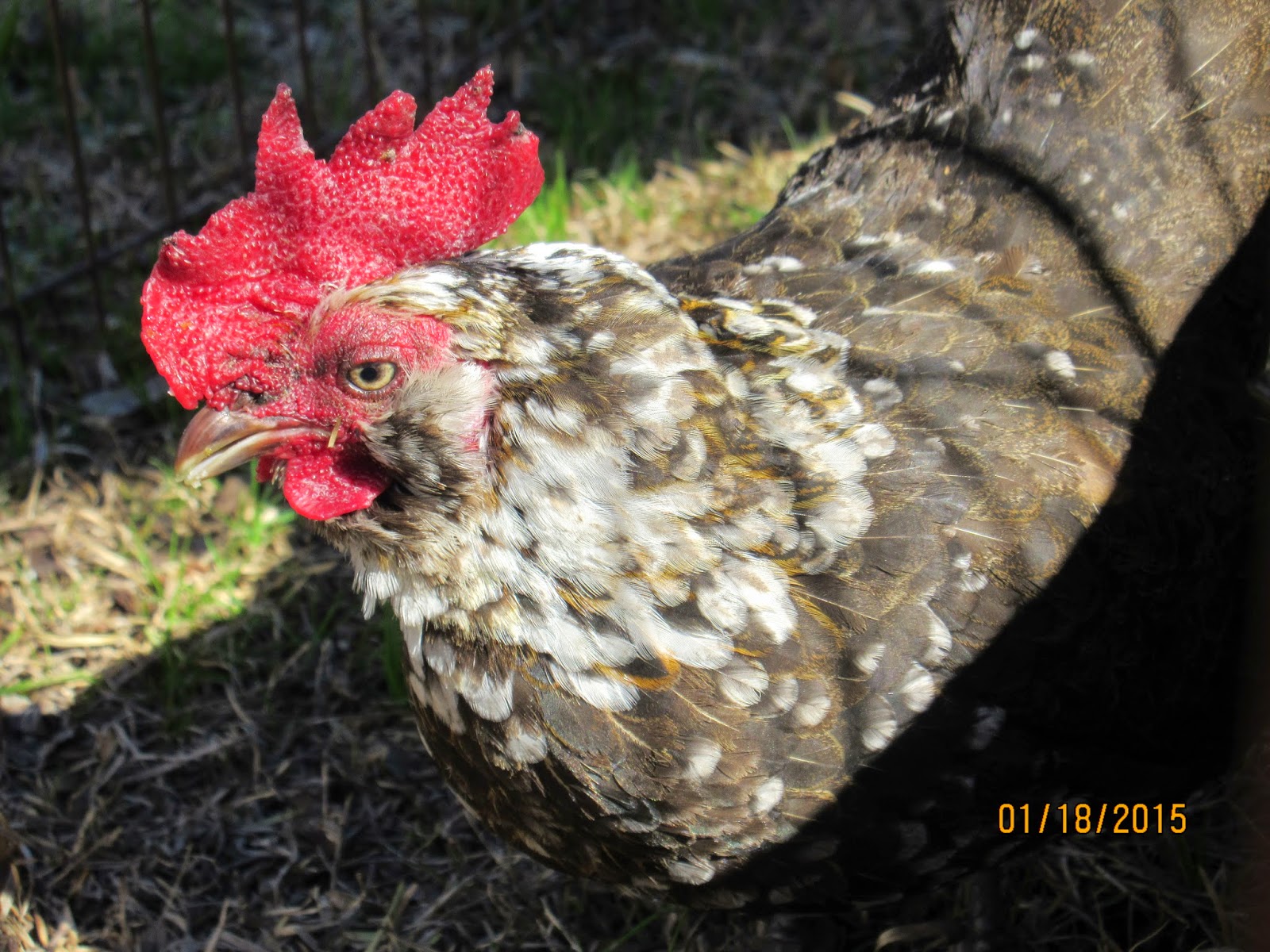 In December of 2014, Flower's crop got impacted.
We fed her soft bread soaked in oil and had to massage her crop several times per day.
Soon she was well, but had lost a lot of weight.
Not long after this, she begin to gasp.
It became worse and we feared that her heart may be failing.
Around the middle of March, she stopped gasping and is doing better.
Although she has not gained any weight back, she is still her usual self and does not seem to be in any pain.
Only time will tell if she fully recovers. 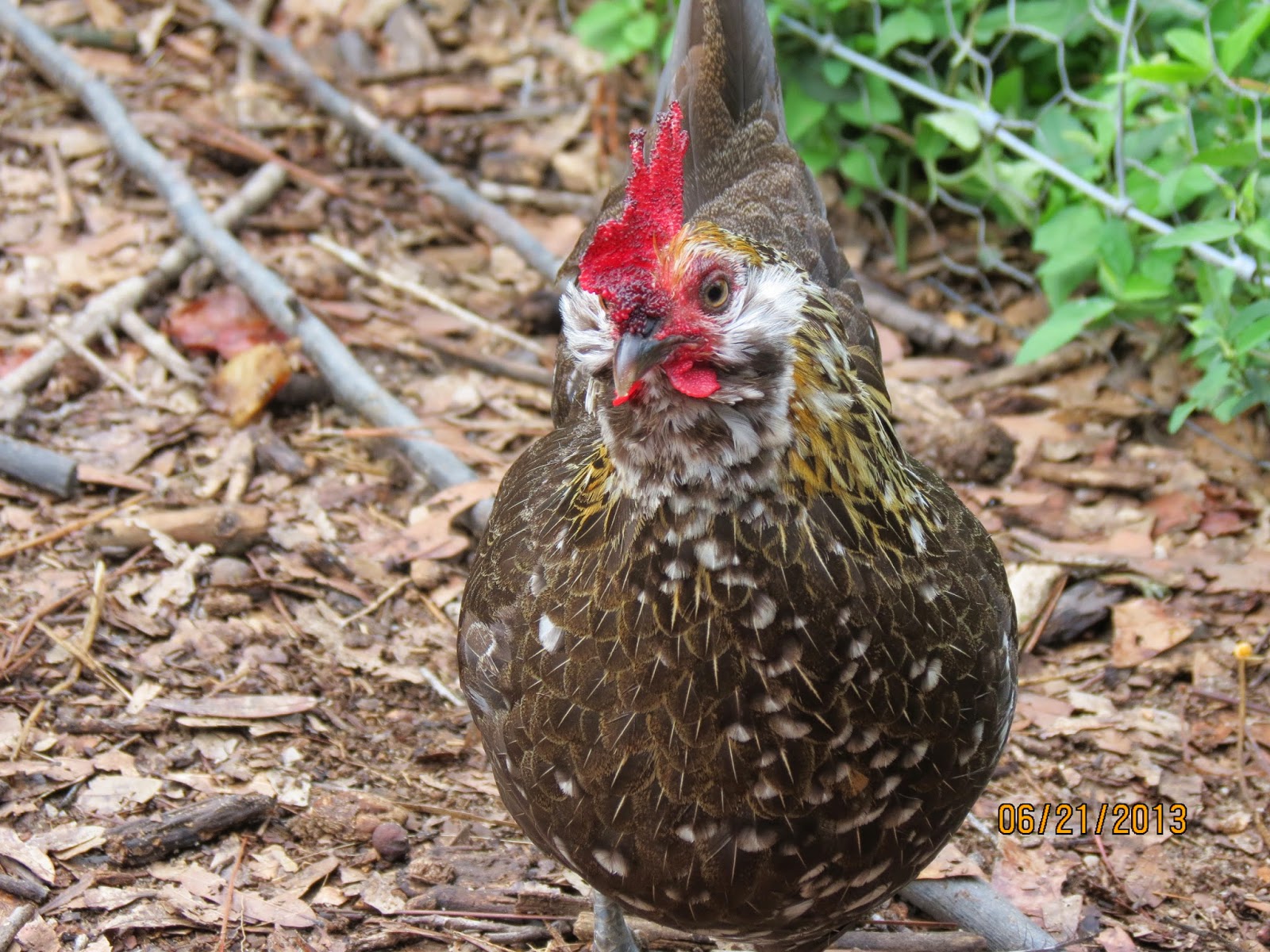 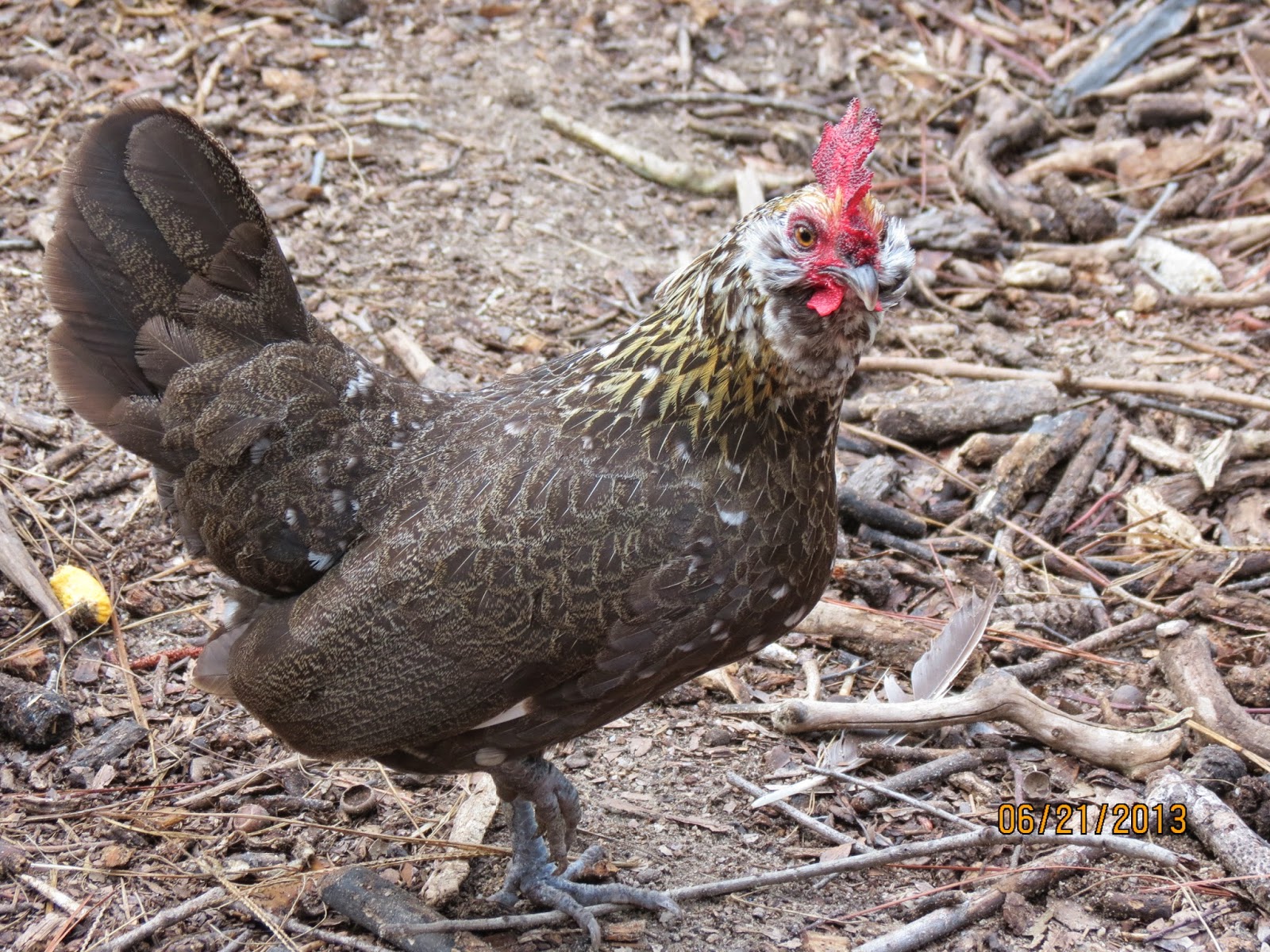