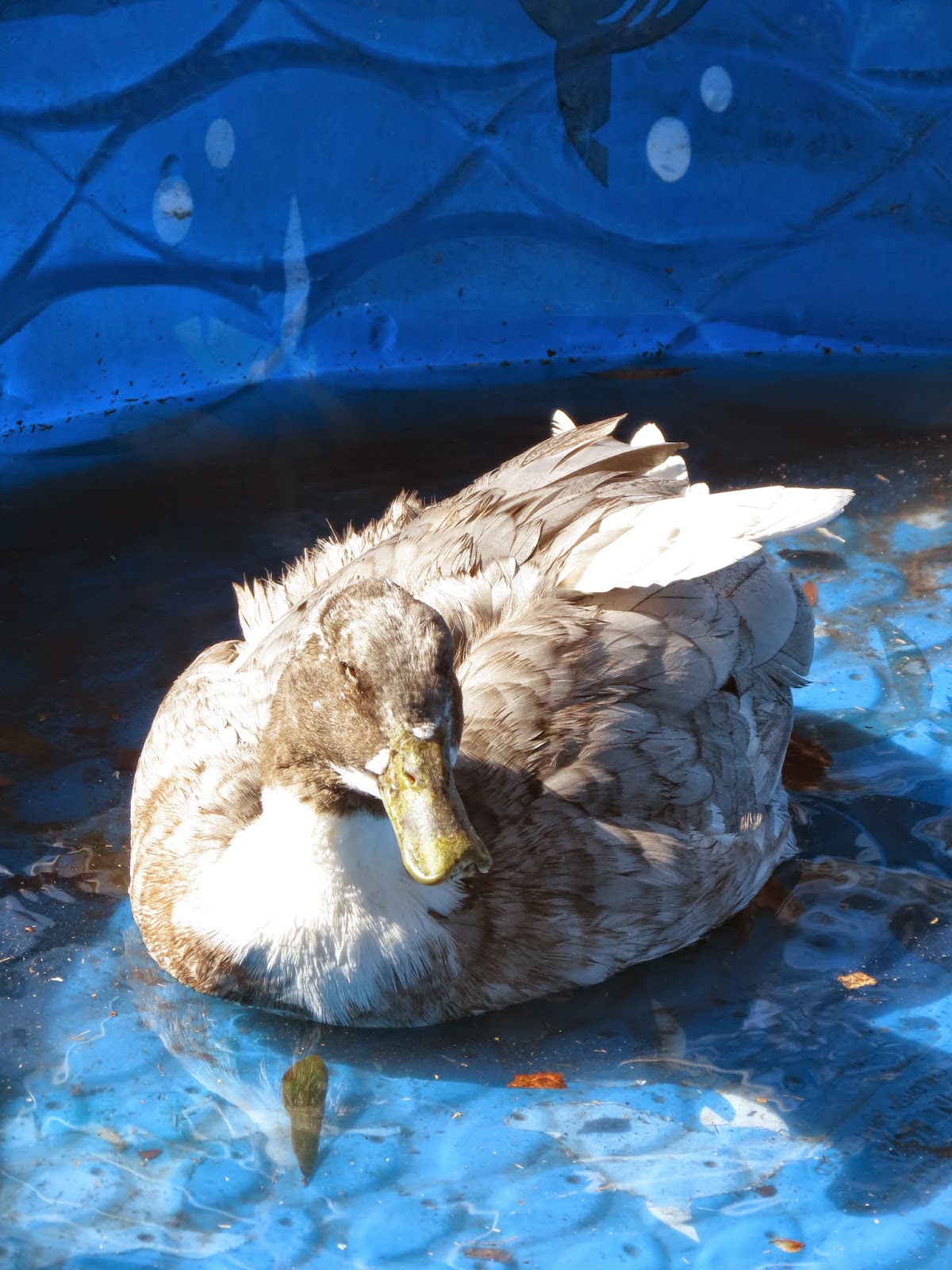 Quacky is one of three ducks that were given to us by Annette B as a birthday gift in 2007.
Her leg joint was not right to begin with an slowly grew worse as she aged.
Later, her foot was broken in some unknown accident.
It had to be silt open to let it drain, and even though the swelling went down after a while, her foot has never completely healed..
As if this was not bad enough, she has been attacked by predators three times since. 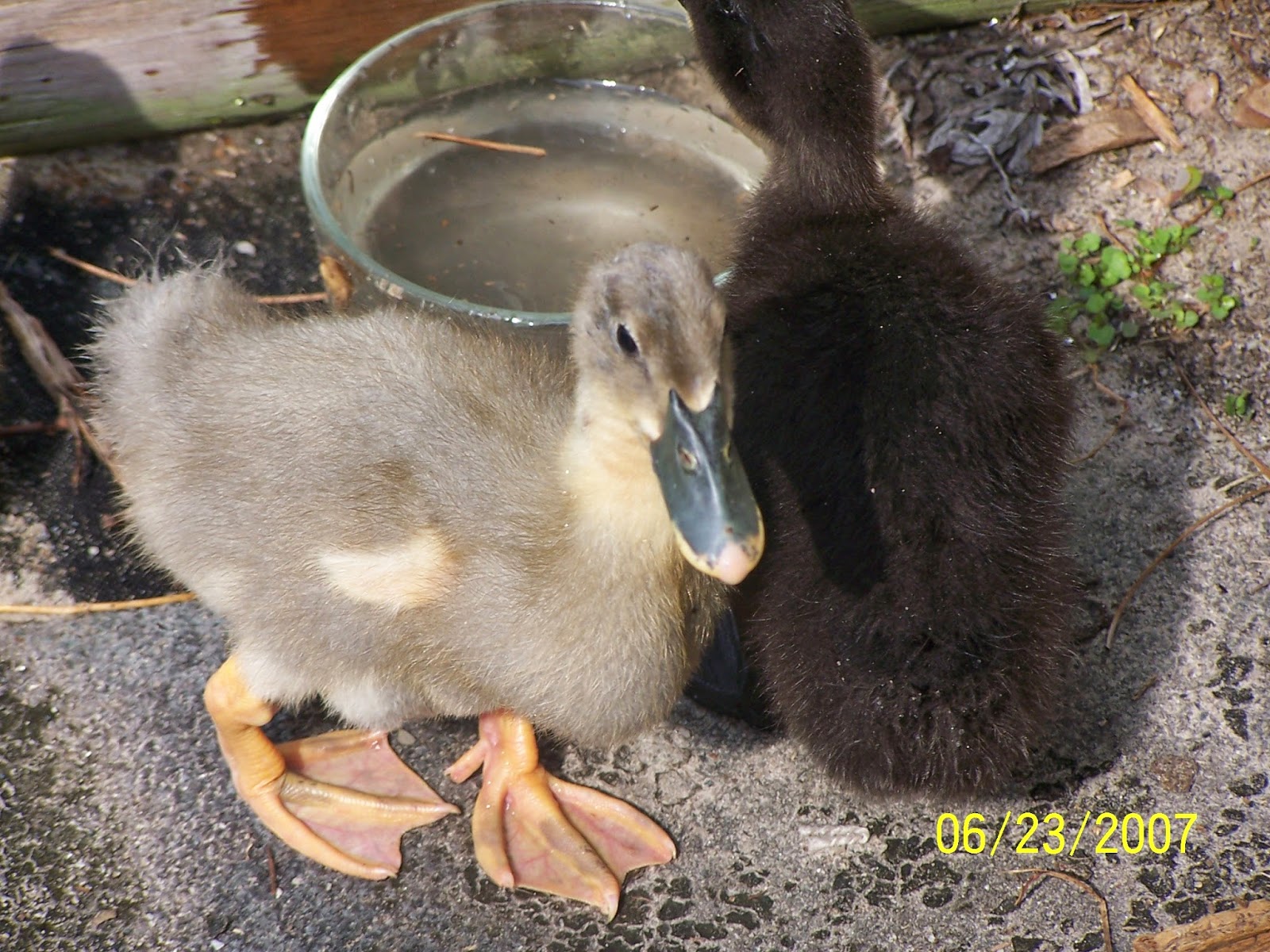 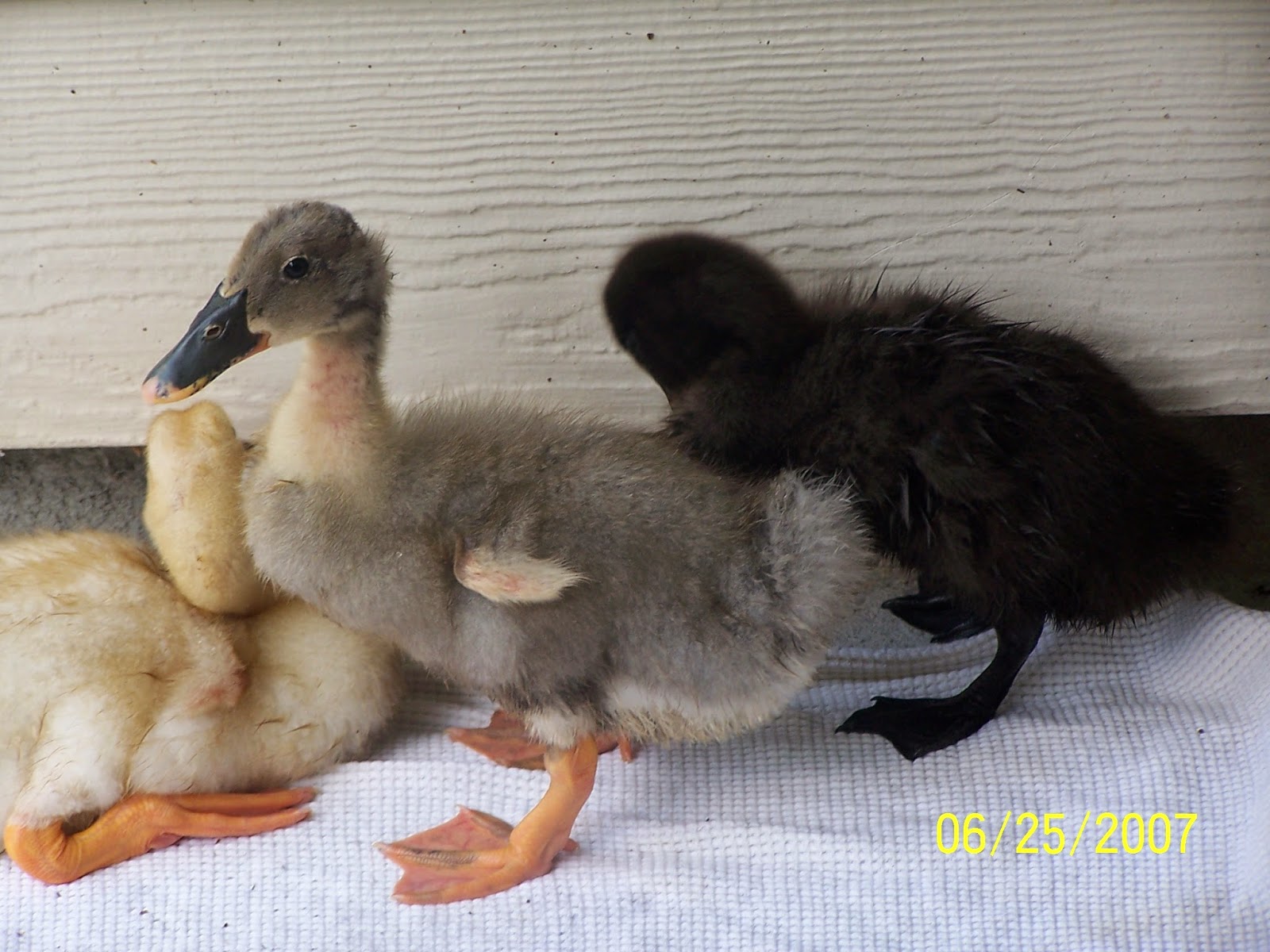 In November of 2013, she was attacked by what was thought to be a fox.
Although two hens, America and Kela, lost their lives when he broke into the coop, she only received minor neck wounds. 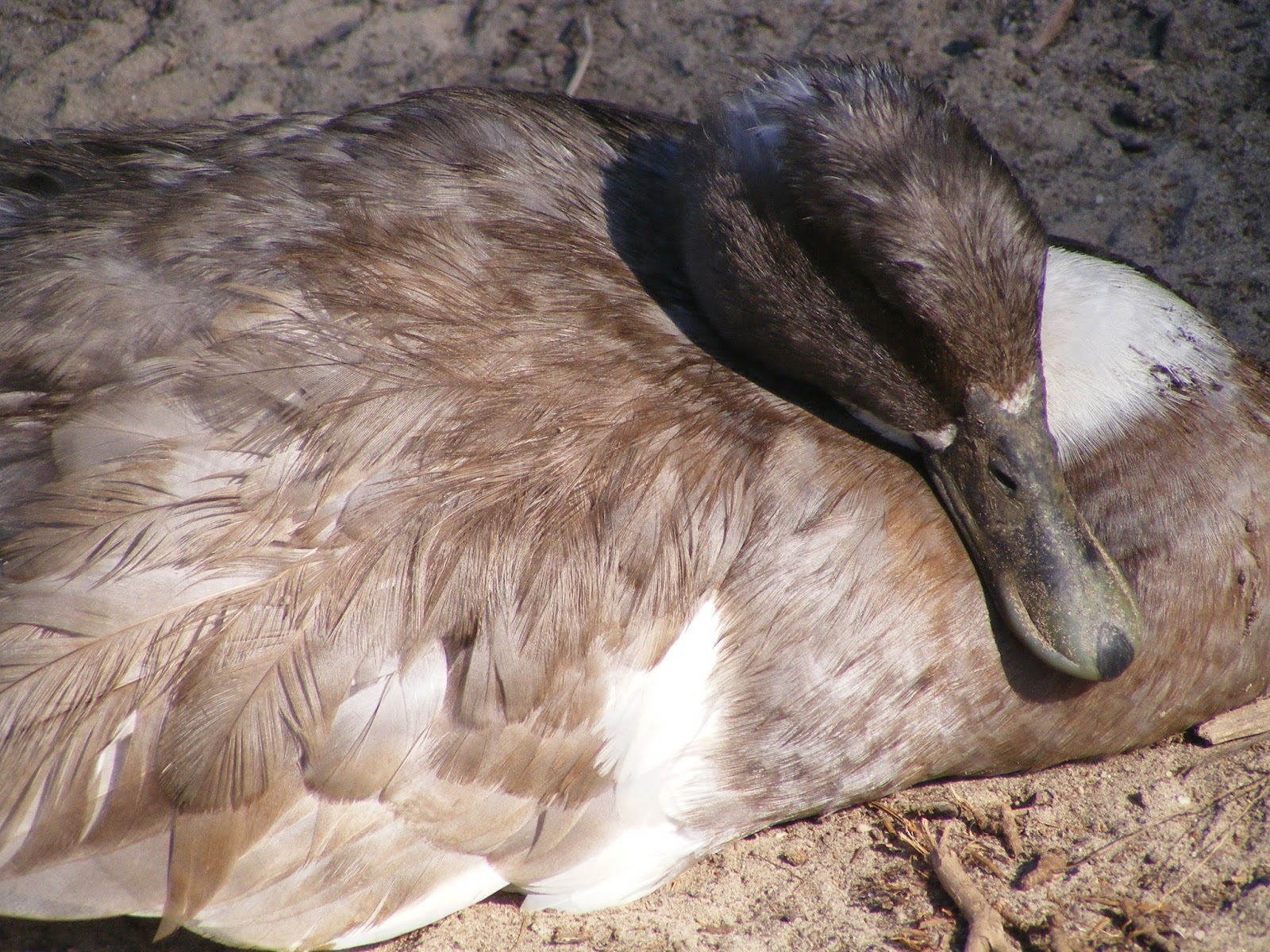 Quacky was attacked again in December.
This time she lost the end of her bill to another mysterious creature that found a way into the coop. 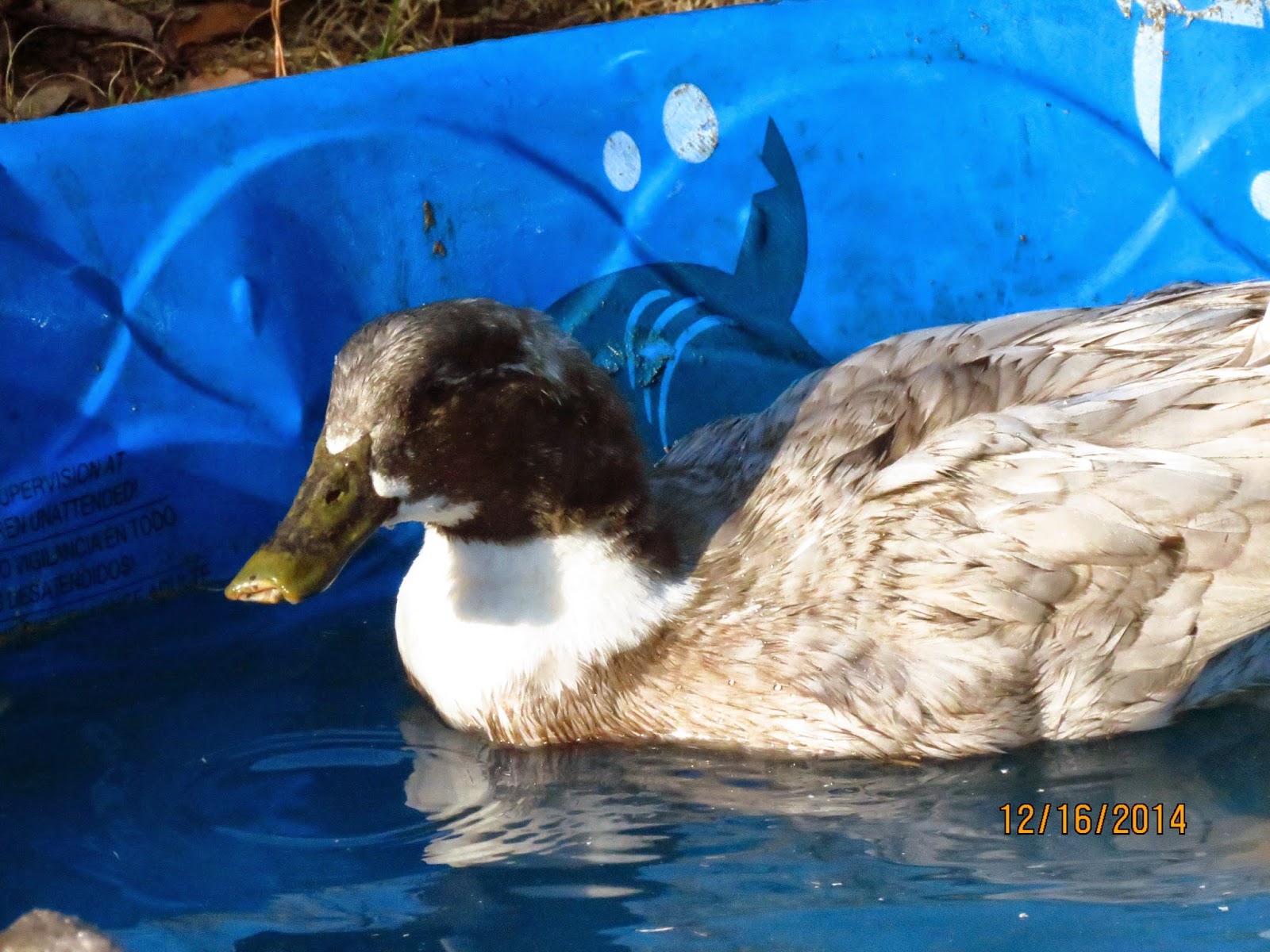 In March of 2014, Quacky, her daughter Sophie BattleBeak, and a rooster by the name of Henry were attacked by a starving hound who wandered into the yard.
When we went outside to see what was happening, the dog ran off.
Henry only lost a few feathers, but the two ducks were not as lucky.
They had no outside wounds that we could find. Instead,blood was coming out of their bill, which indicated an inside injury. We prayed for them and they recovered  exceptionally fast.
In just two short days they were back with the others. 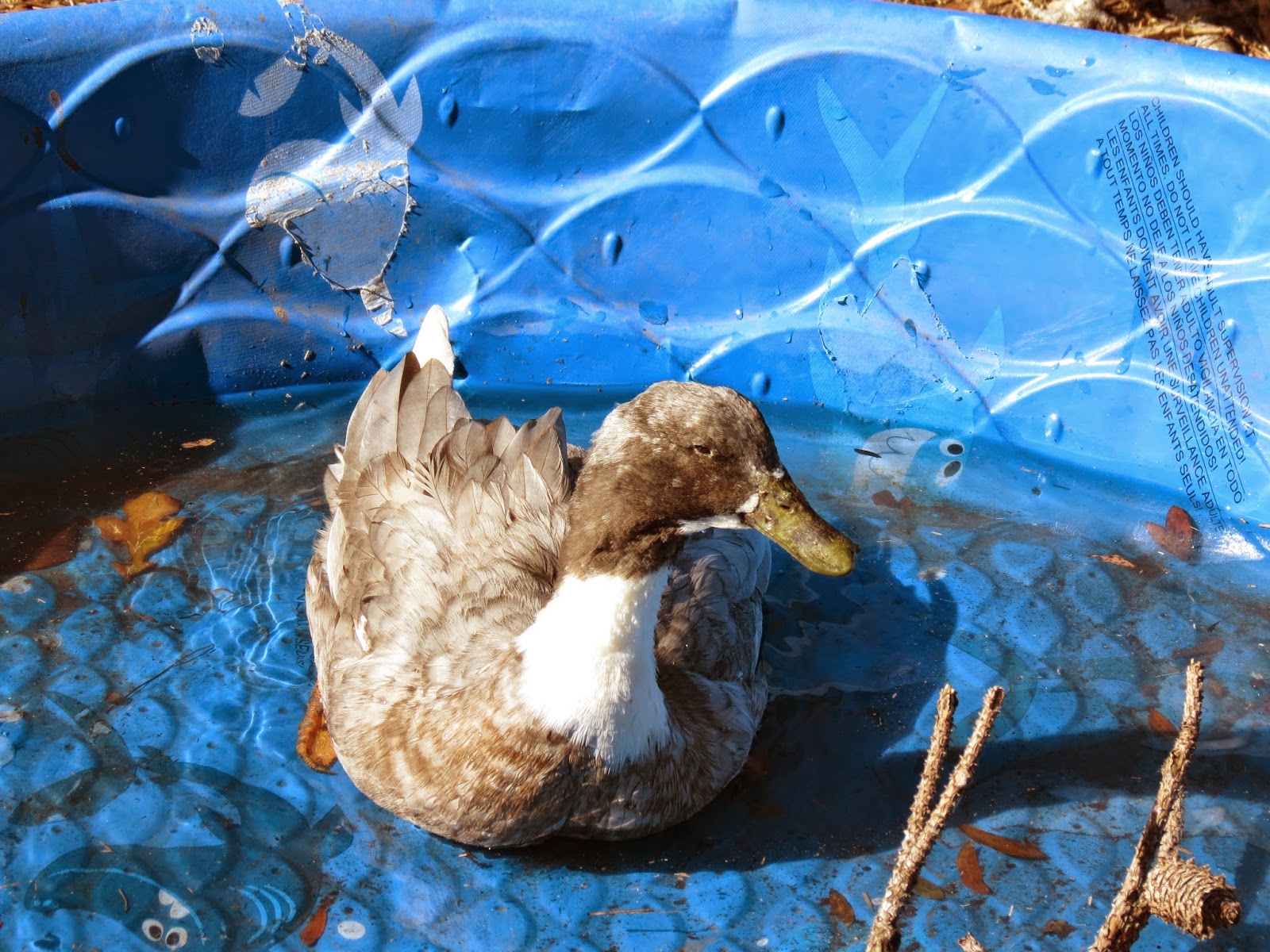 Without a normal bill, Quacky has a hard time spreading oil amongst her feathers.
In the summer, we have to keep a close eye on her since flies like to lay eggs in damp feathers. Because of her legs, she is unable to keep up with the other ducks and is usually found not far from the water bowl. 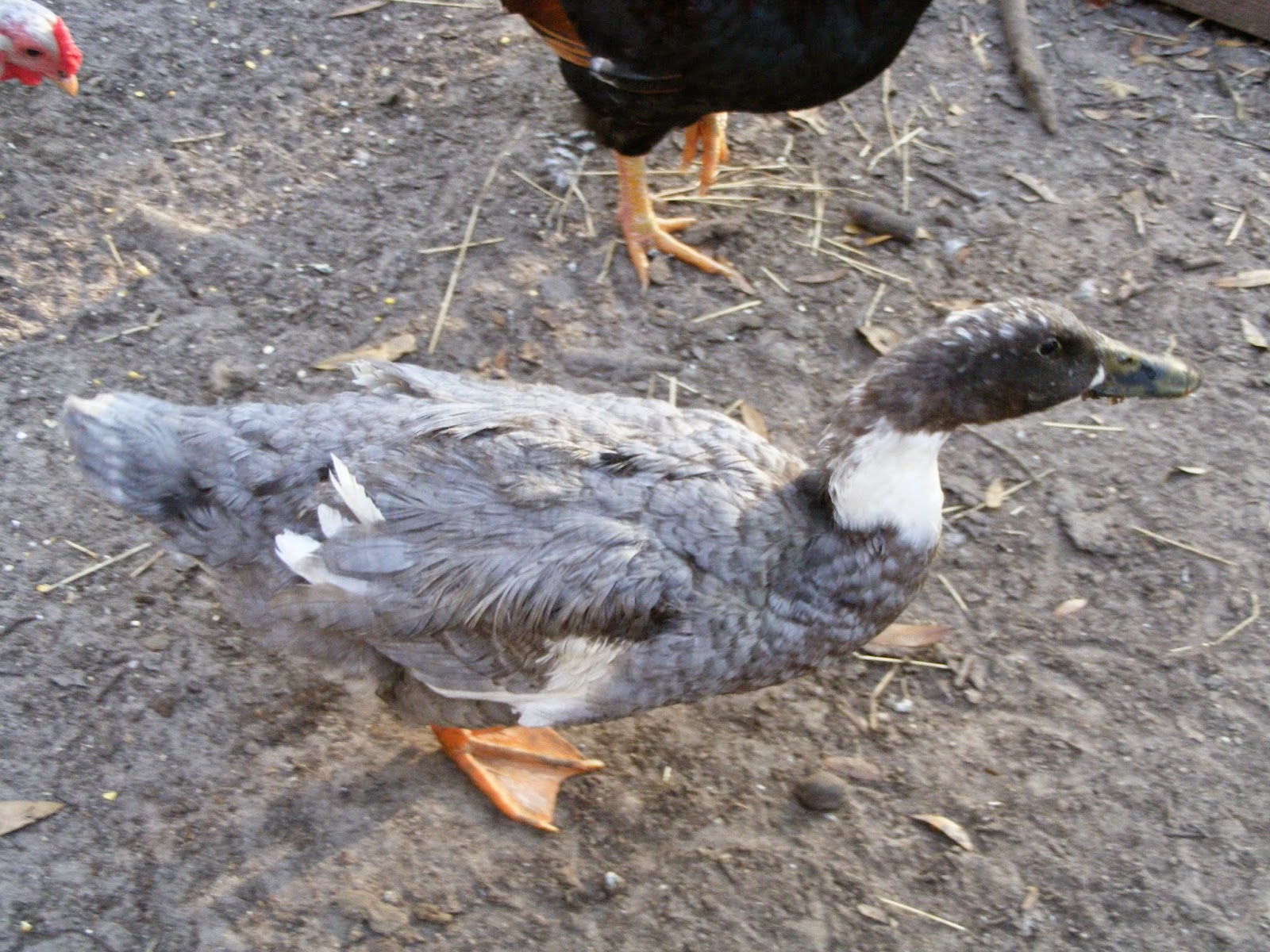 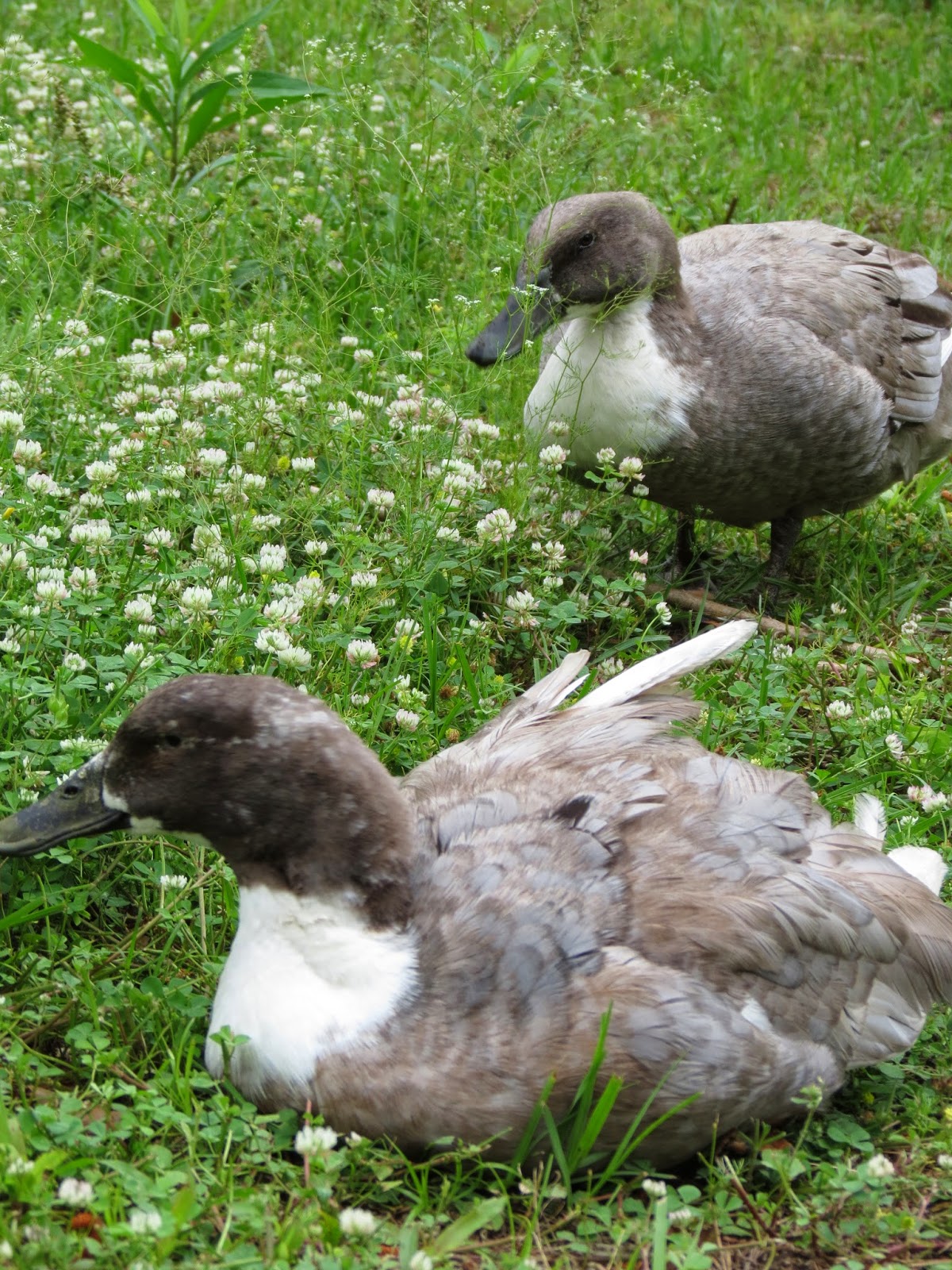 Even though she has had such a difficult past, she is still enjoying life.
She often bickers with the larger Sophie and usually wins.
It must be hard for her to watch the other ducks make their rounds and not be able to join them, but Sophie usually keeps her company.