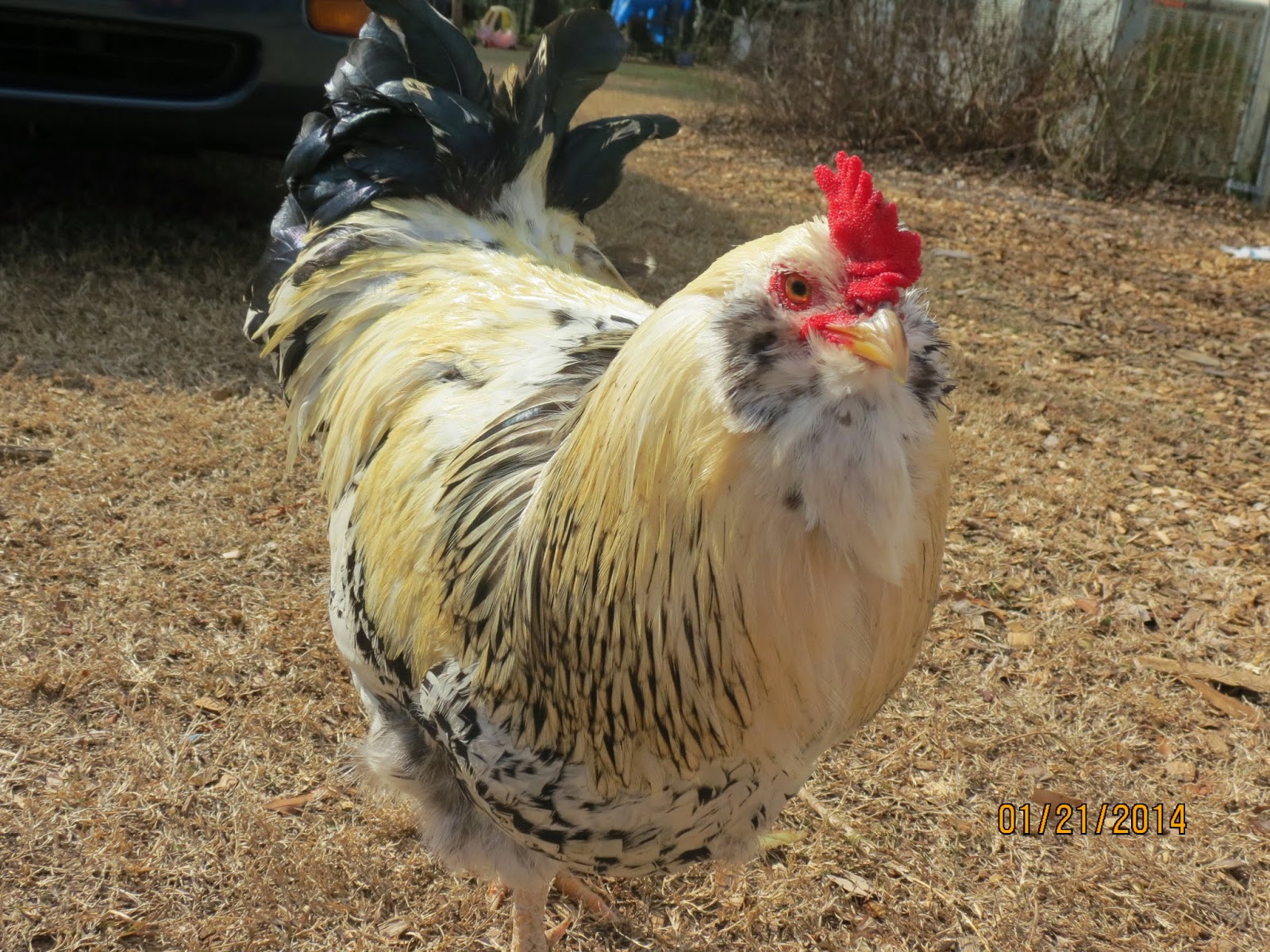 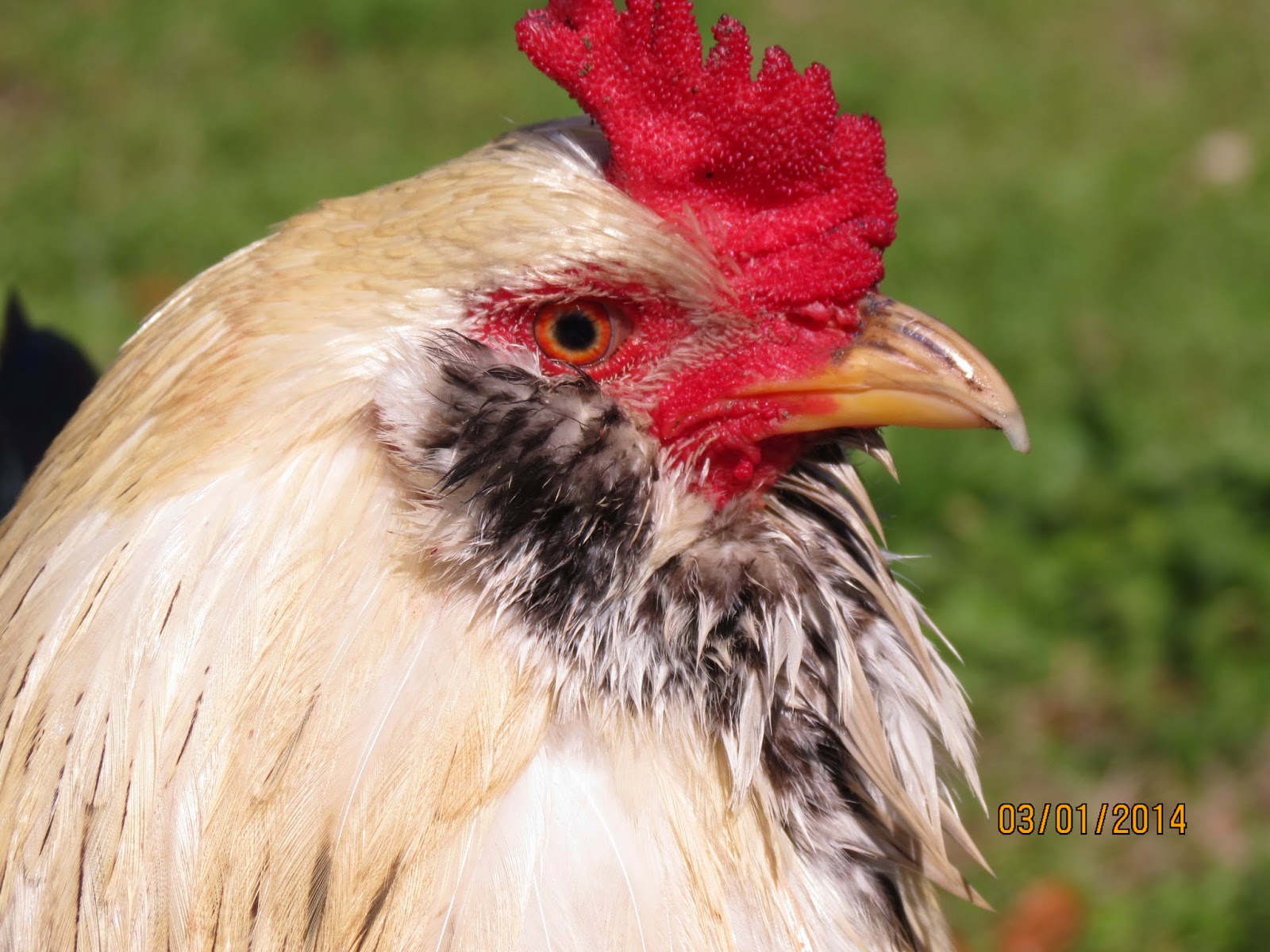 This goofy, one-eyed rooster is Squash. We bought him, along with Cobra, Shelly and several other chicks from Ashley Feed in 2011. 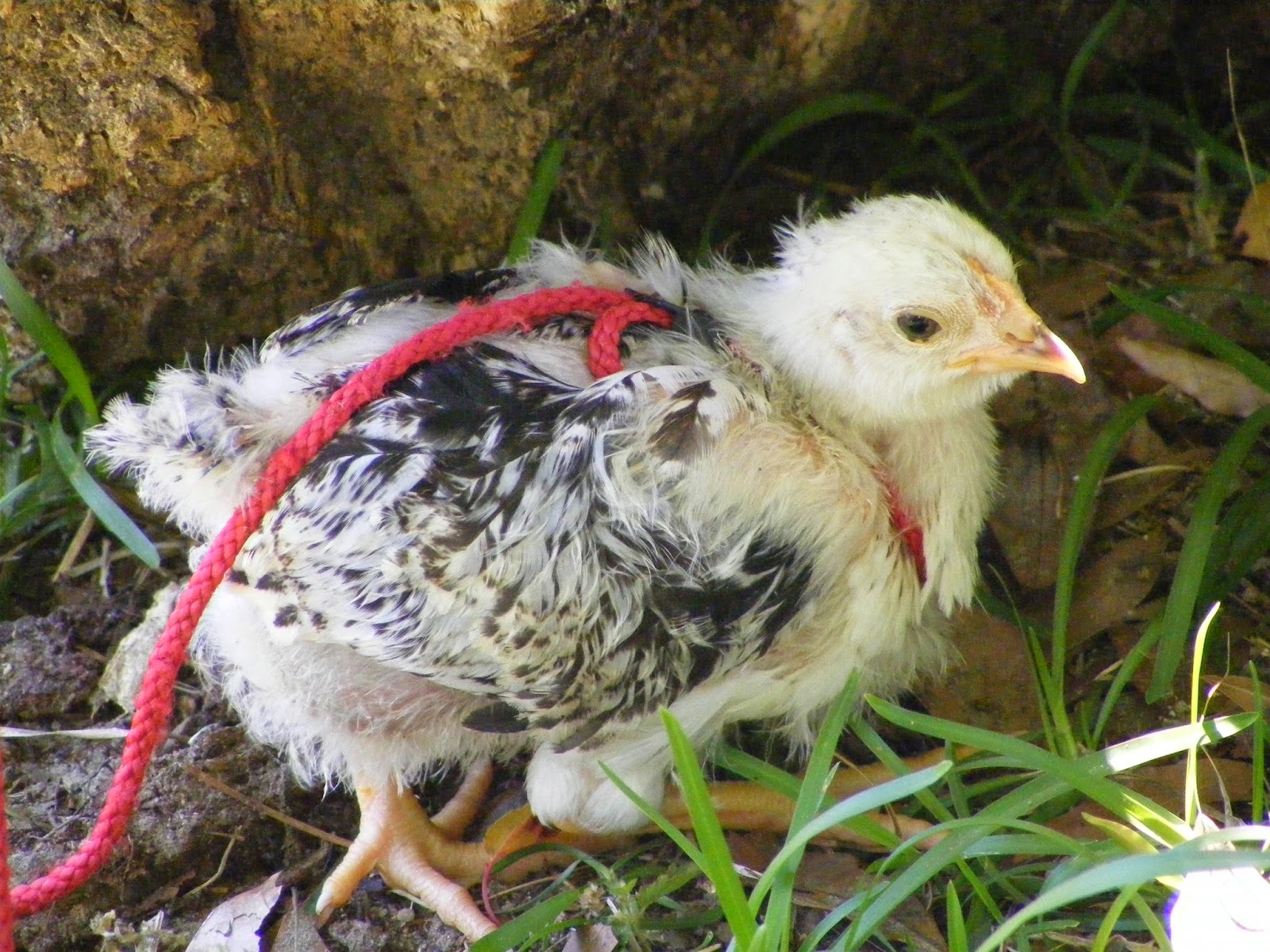 Two years later, one of his eyes was damaged in an unknown accident that left it permanently blind. 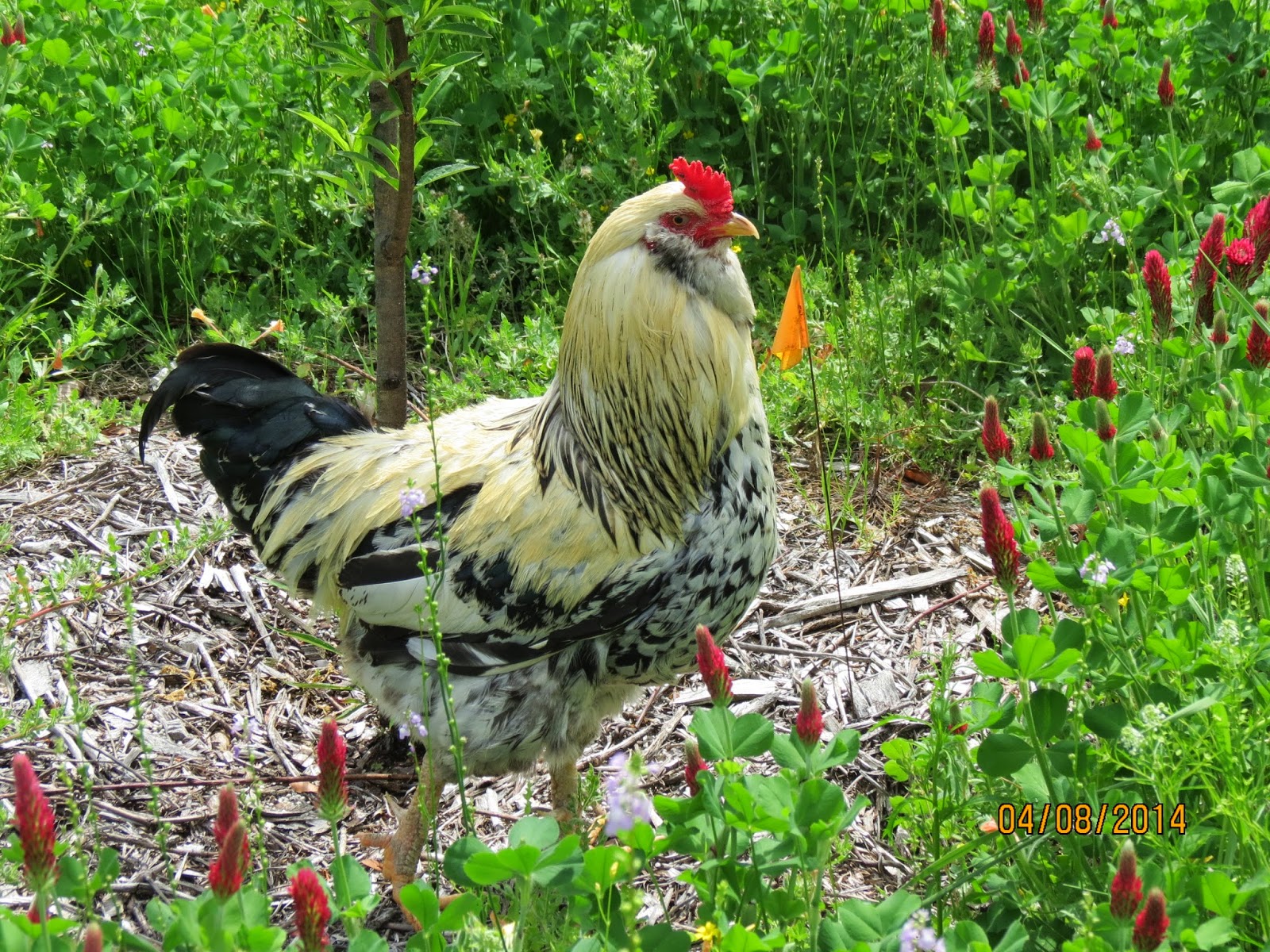 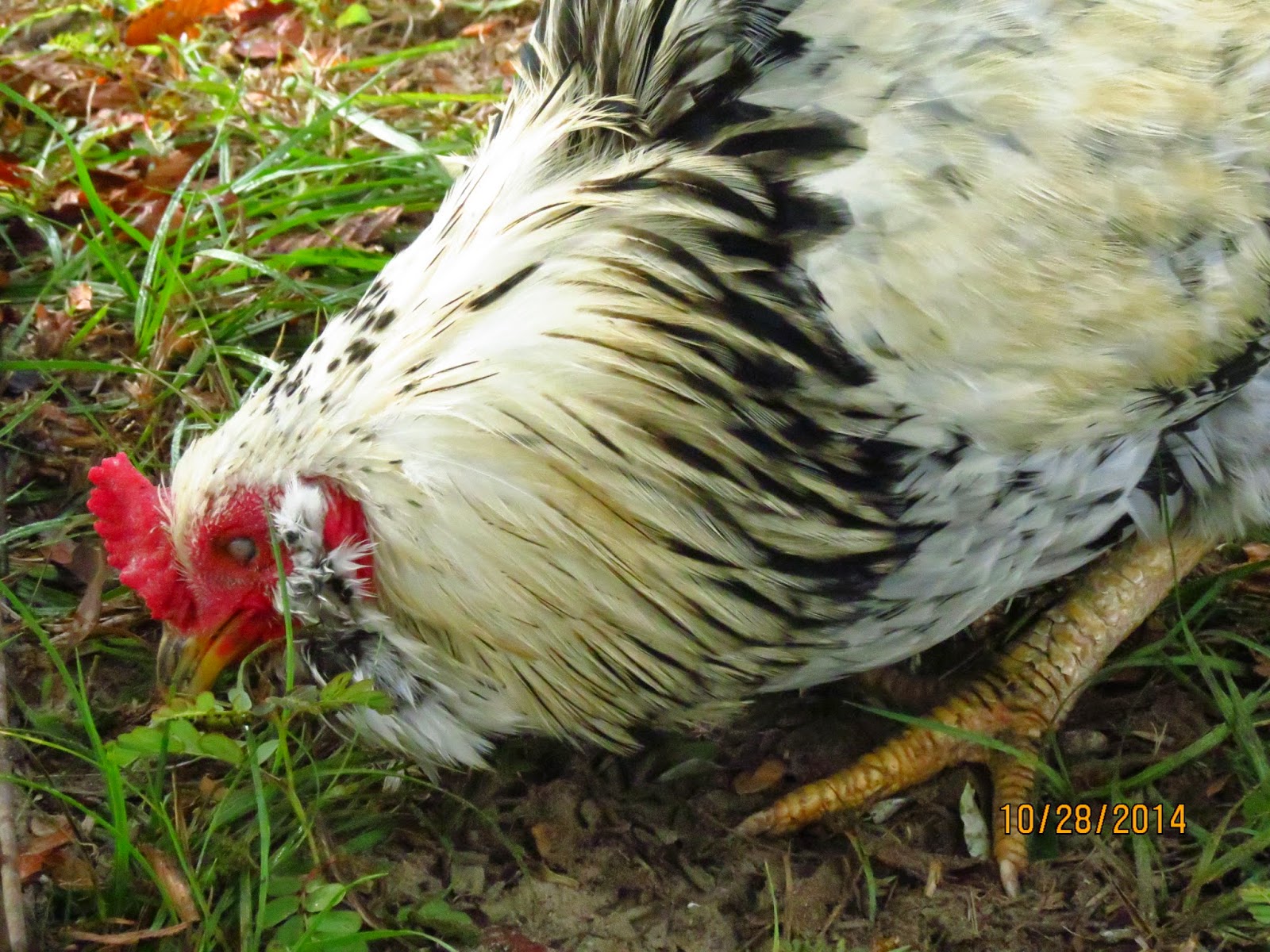 At around 4 a.m. on April 13, 2013, Squash was attacked by a barred owl.
I found him laying on the floor of the coop and though that he was dead at first.
His throat and the base of his skull had been punctured by the owl's talons.
His head had to be held up for hours to prevent him from choking on blood.
The owl was caught and released some distance away. 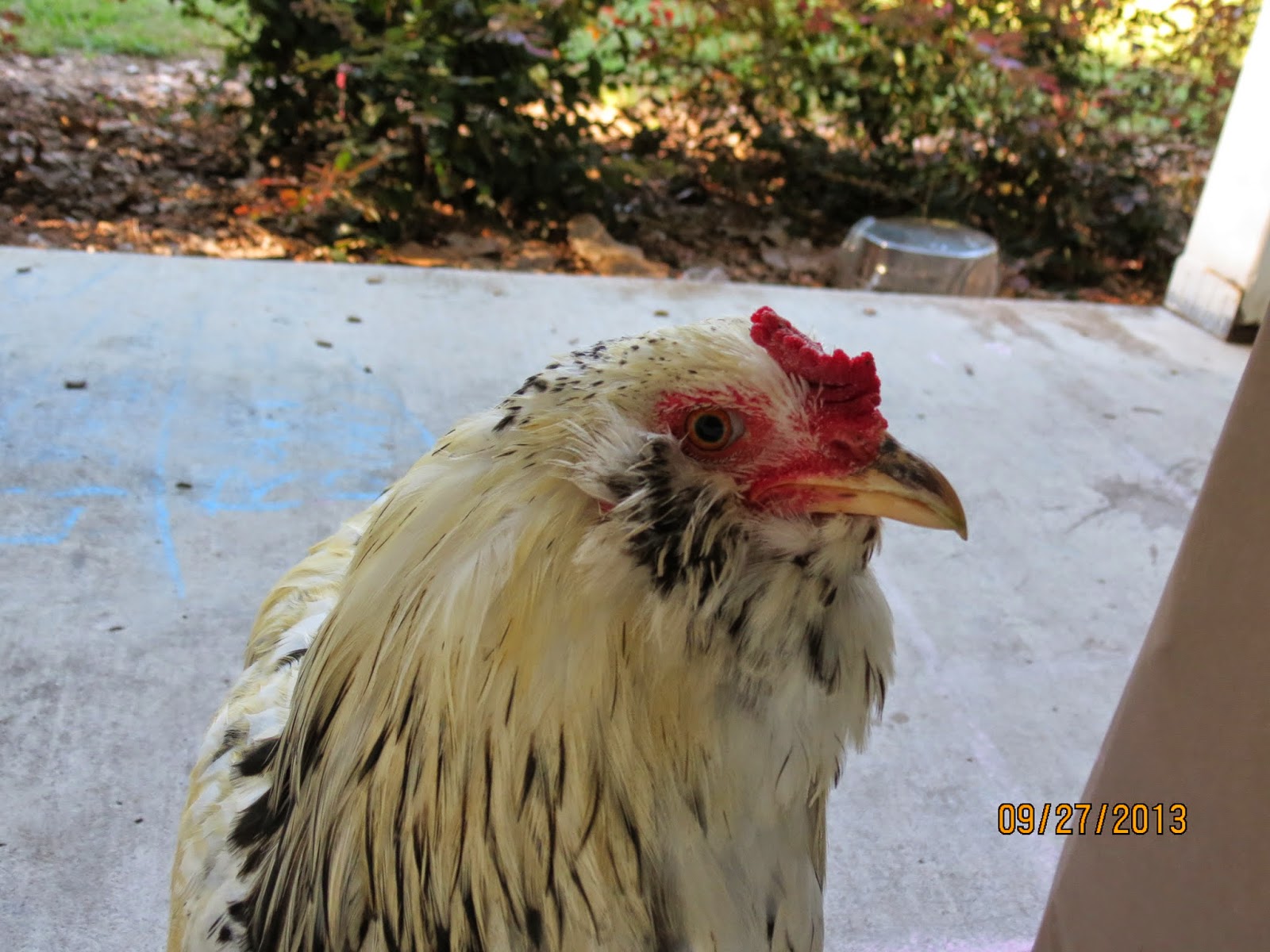 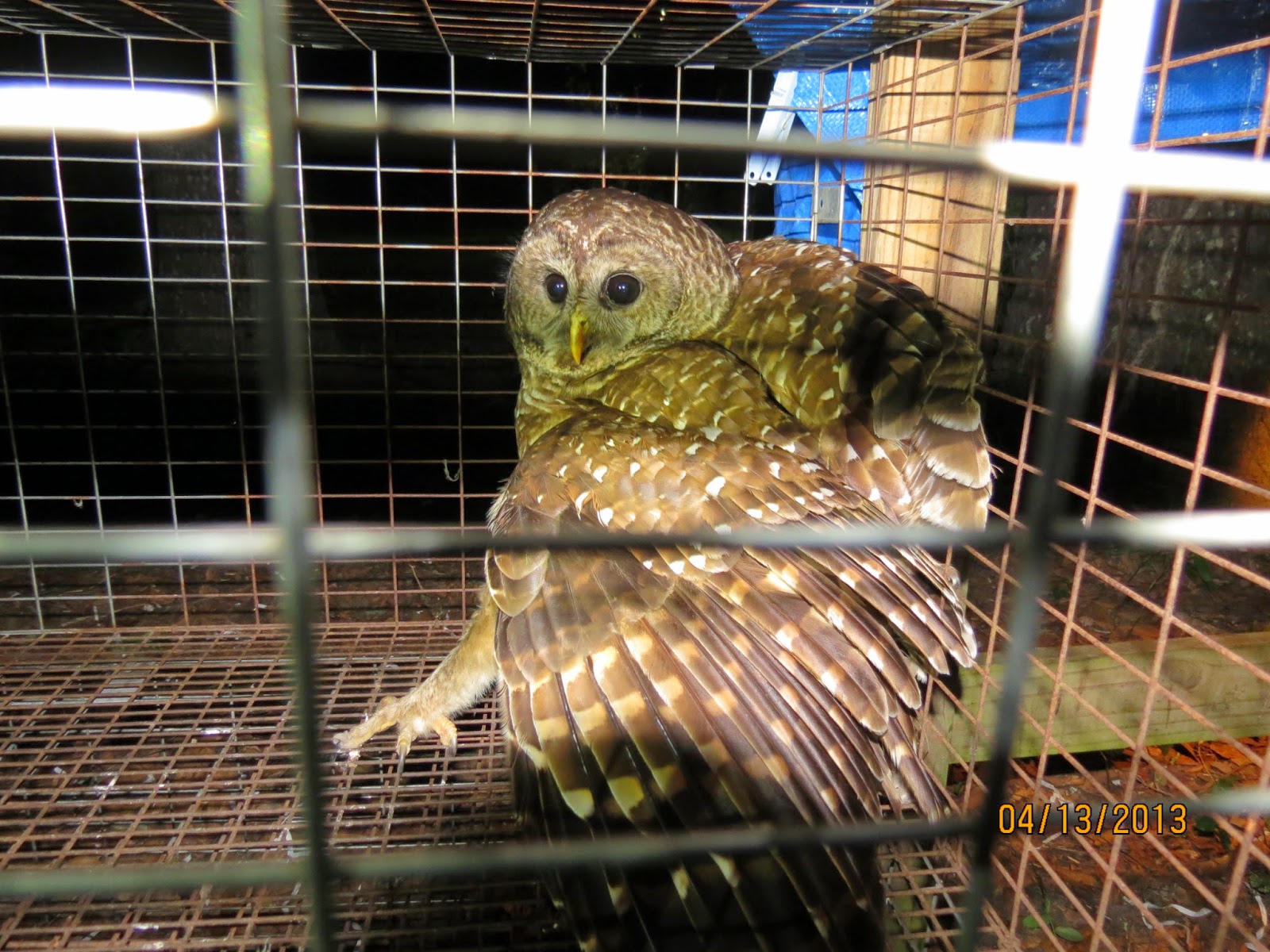 It took three days before Squash started to eat on his own.
One week after the attack, he begin twisting his head and neck.
It became worse until he was unable to do almost anything and had to be hand fed.
It must of been caused by nerve damage, but was so bad that some people did not think that he would ever recover. But God can heal anything.
It was over a week later that he should signs of improvement.
He steadily regained control of his neck and rejoined the flock around three months later.
He was the lowest in the pecking order after his returned, but has recently begin fighting his way up the rank. 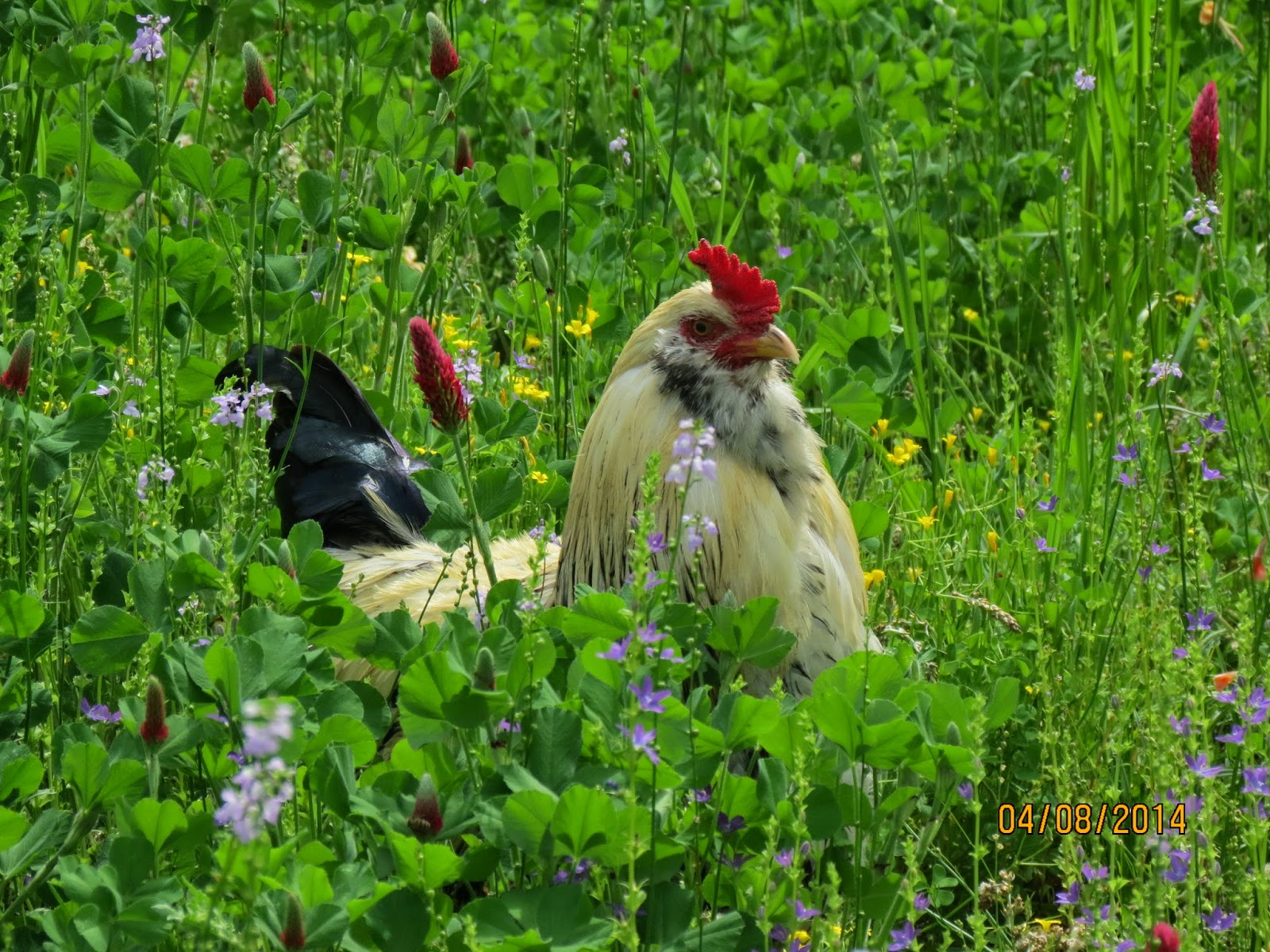 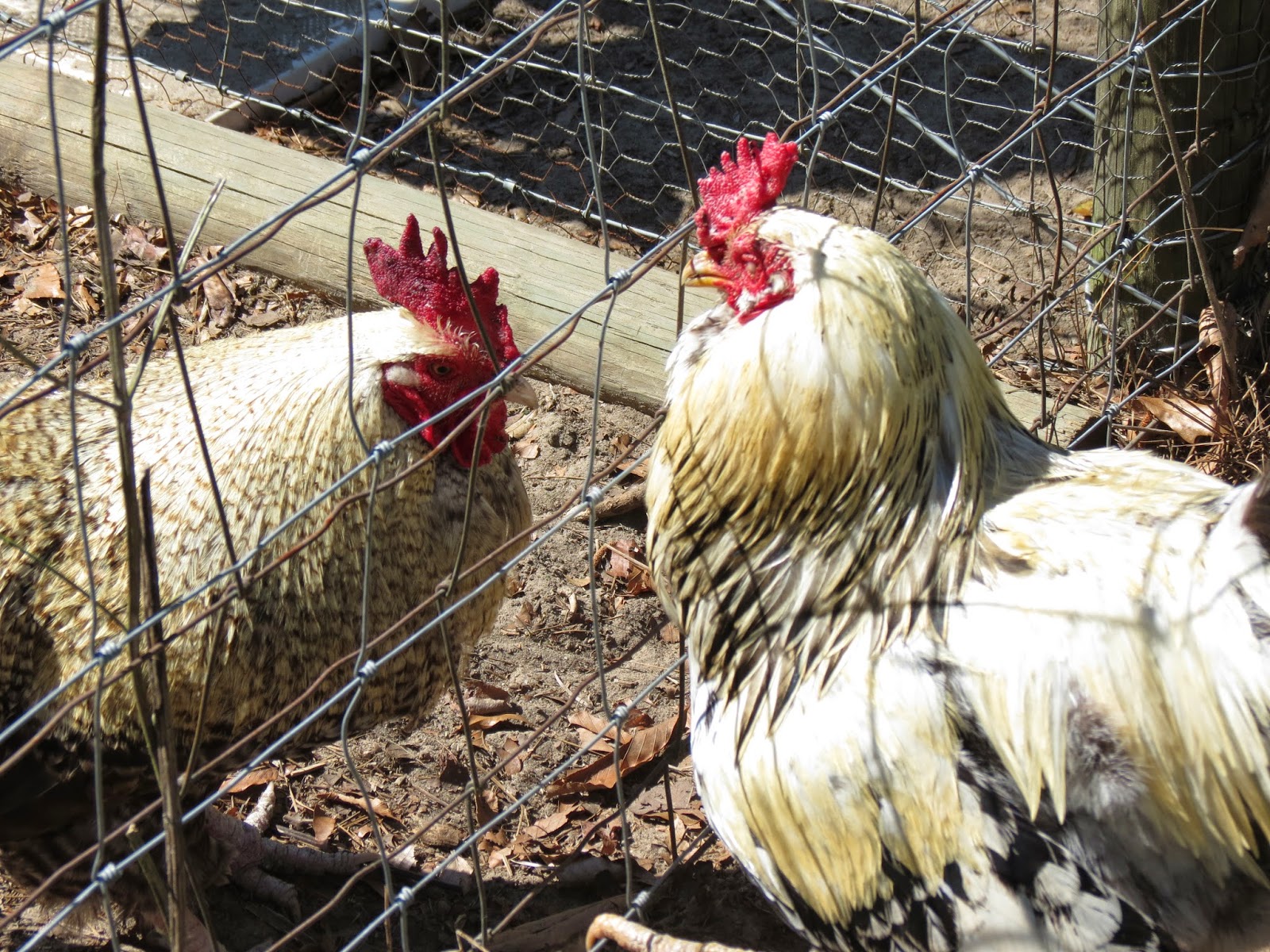 Although Squash appears to be an ameraucana or ameraucana mix, we don't know what breed he is for certain.
He sometimes wanders the yard with Lady Sky during the day, but mostly keeps to himself.
He is very talkative around me and comes running when I call.
People that think chickens don't have personally or are "just dumb birds" clearly do not know what they are talking about.
Chickens are amazing in many ways. 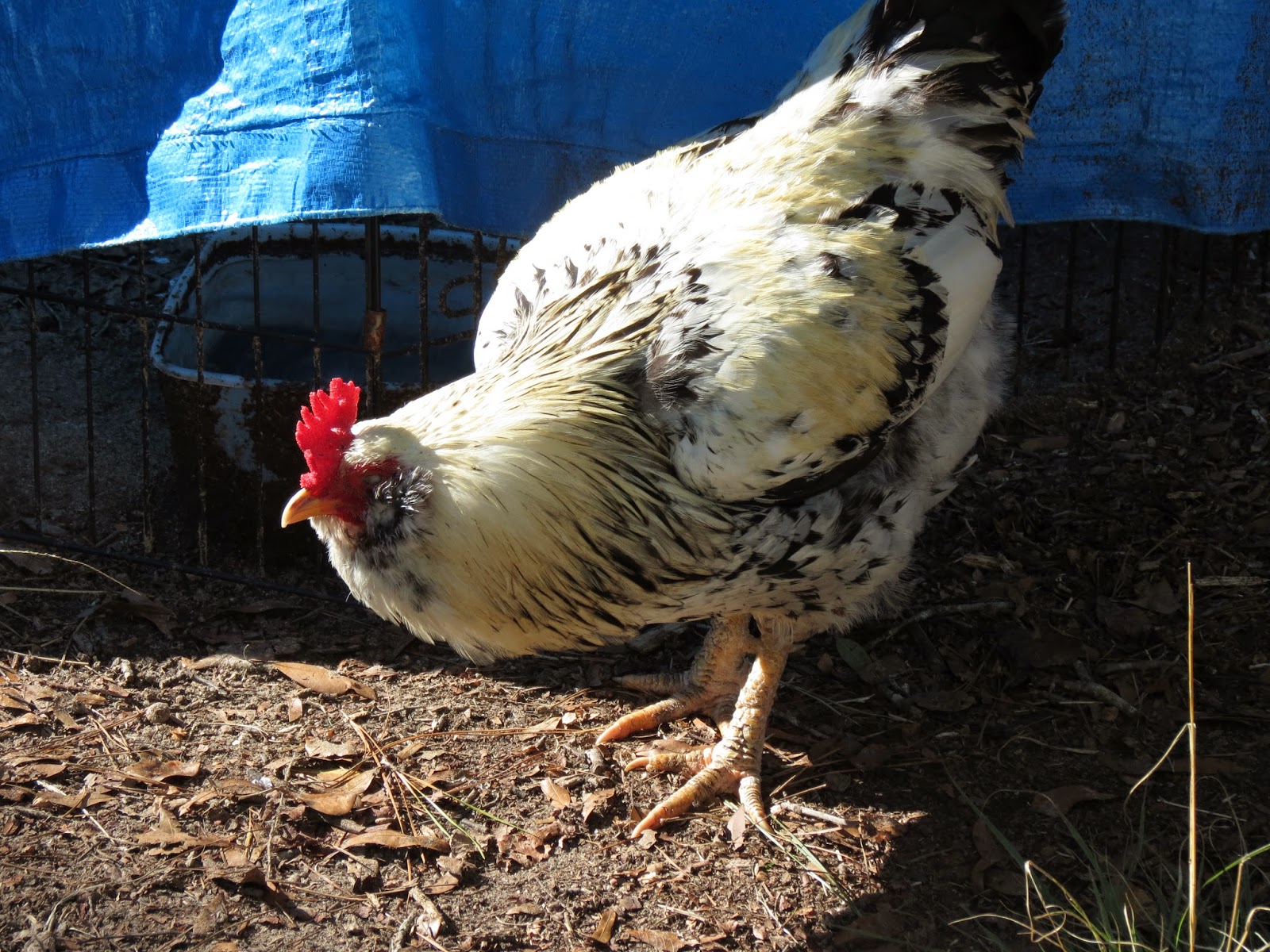 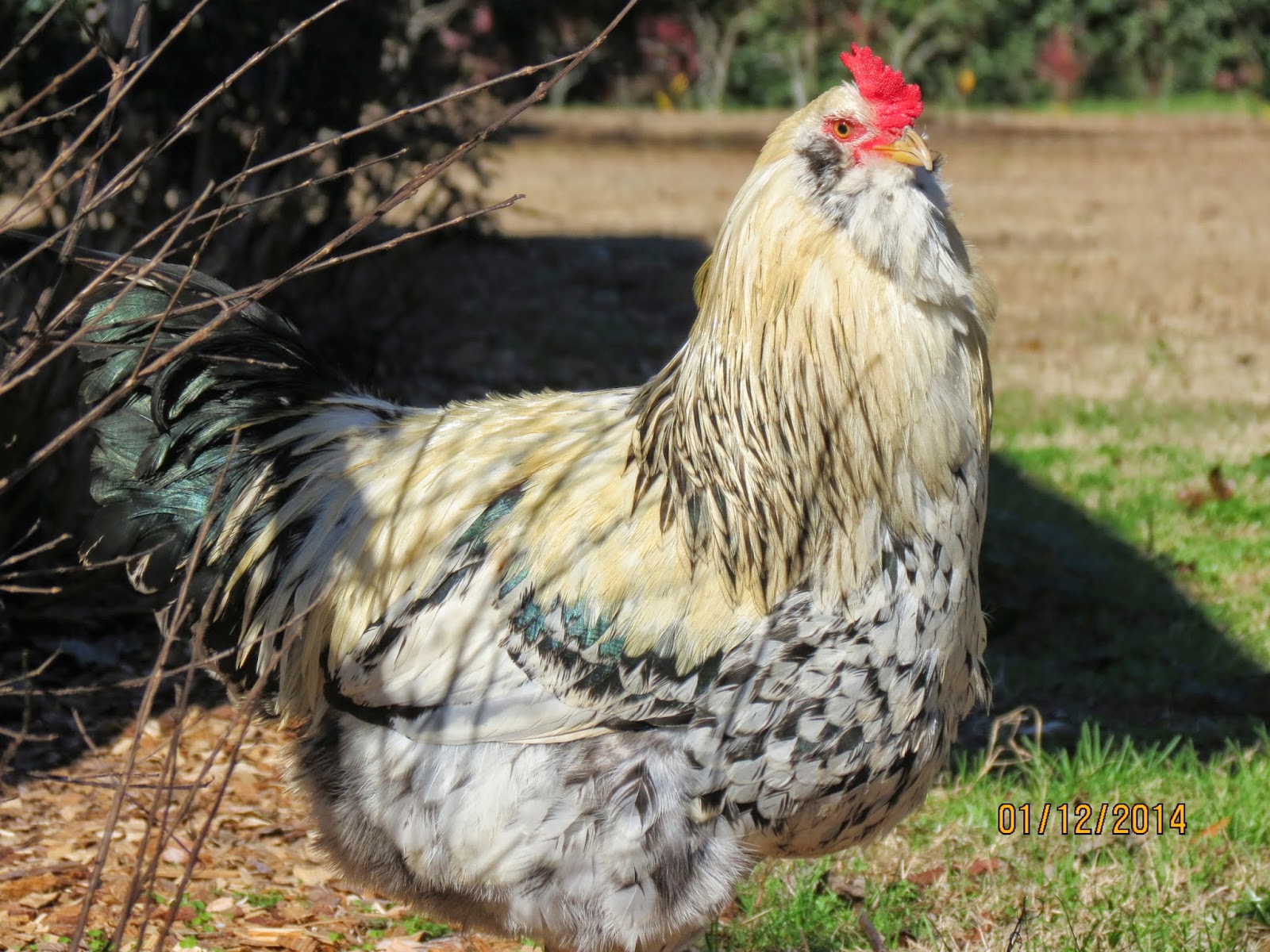 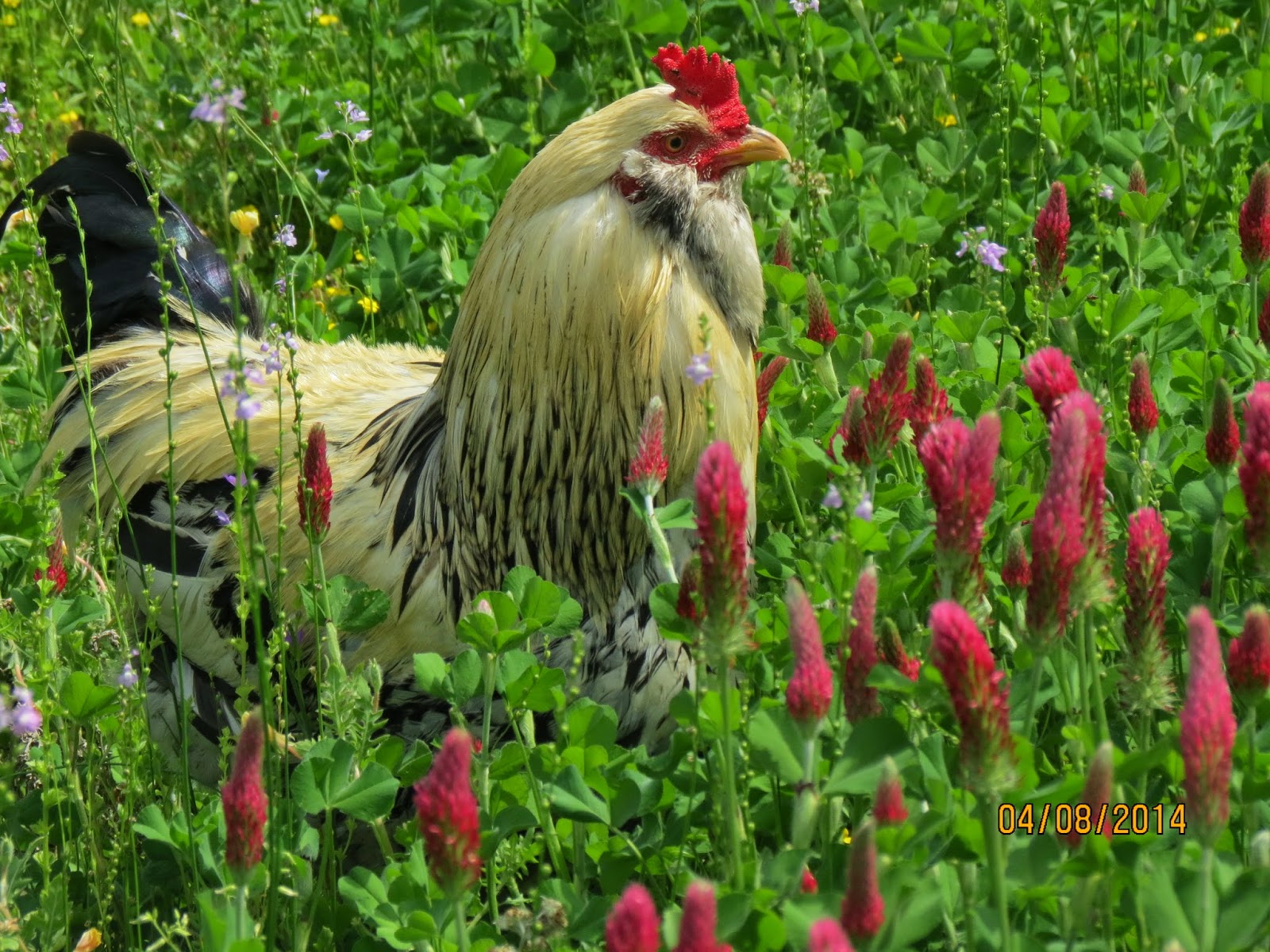 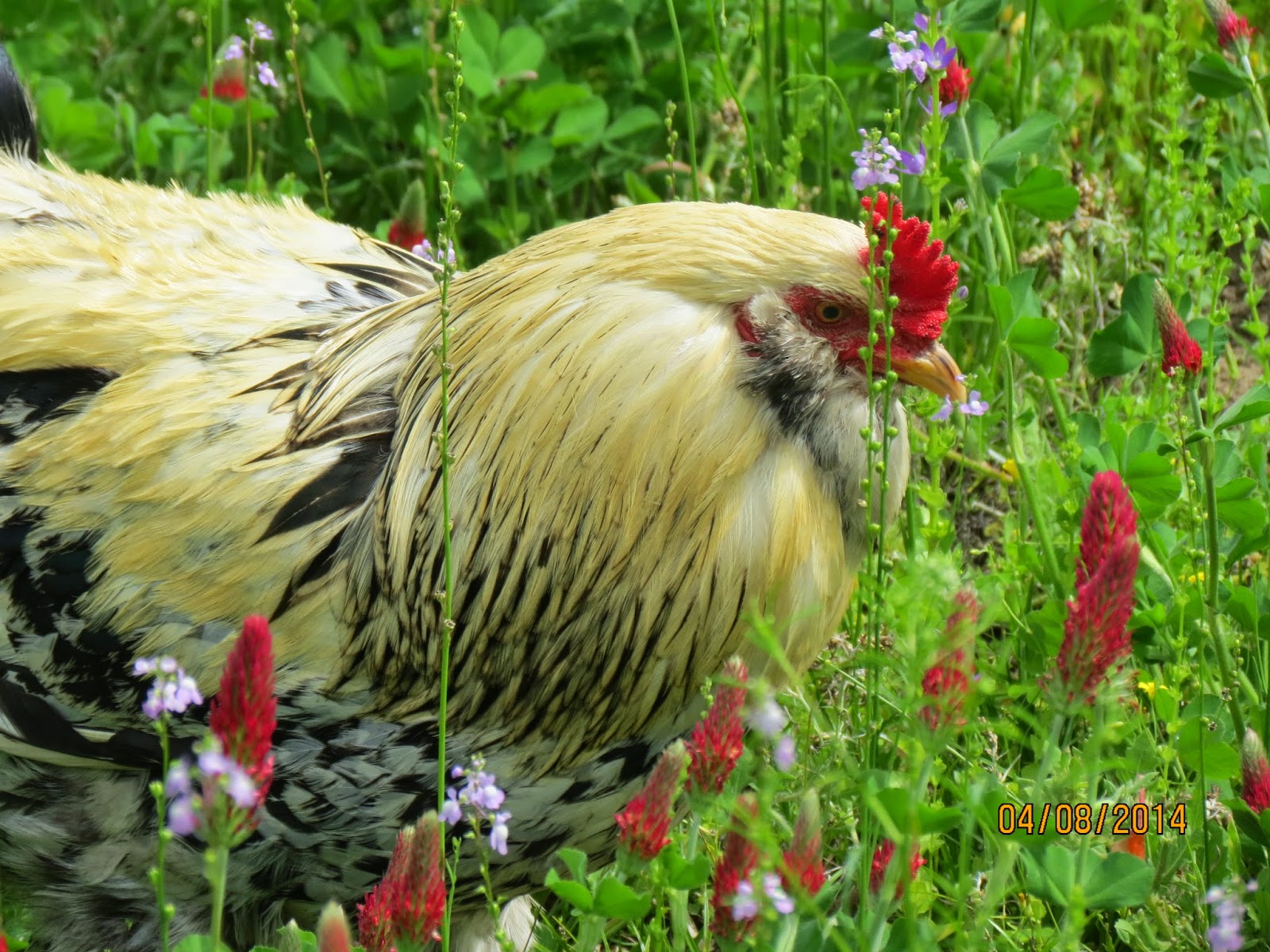