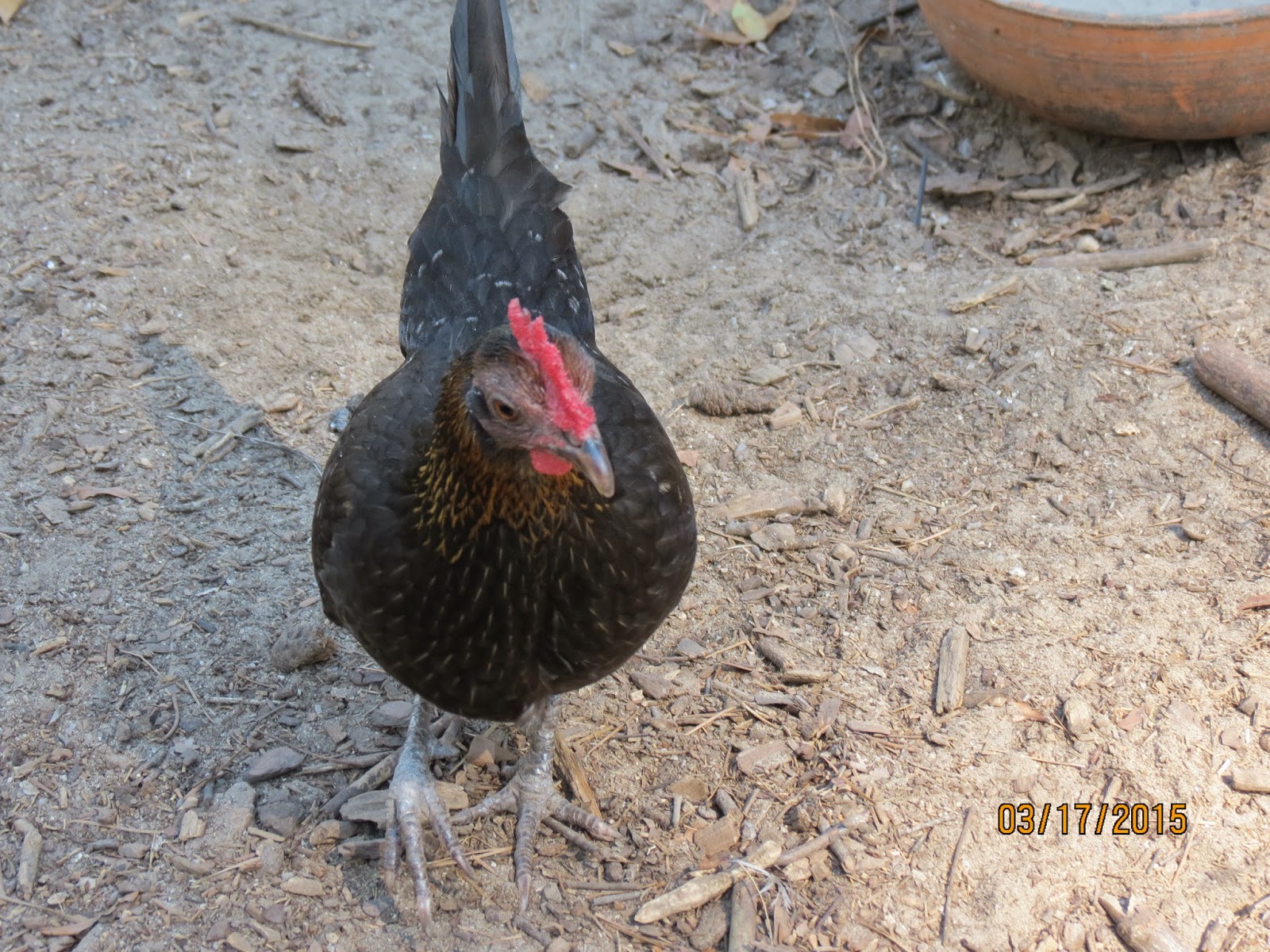 In 2007, we received a mother hen and her five chicks from Kathy B.
The mother, named Mozart, later disappeared without a trace, Peep Peep and Liz died while still chicks and Tosca was taken by a predator.
The two remaining hens, Rose and Flower, reached adulthood and are now part of Izzy's Flock. 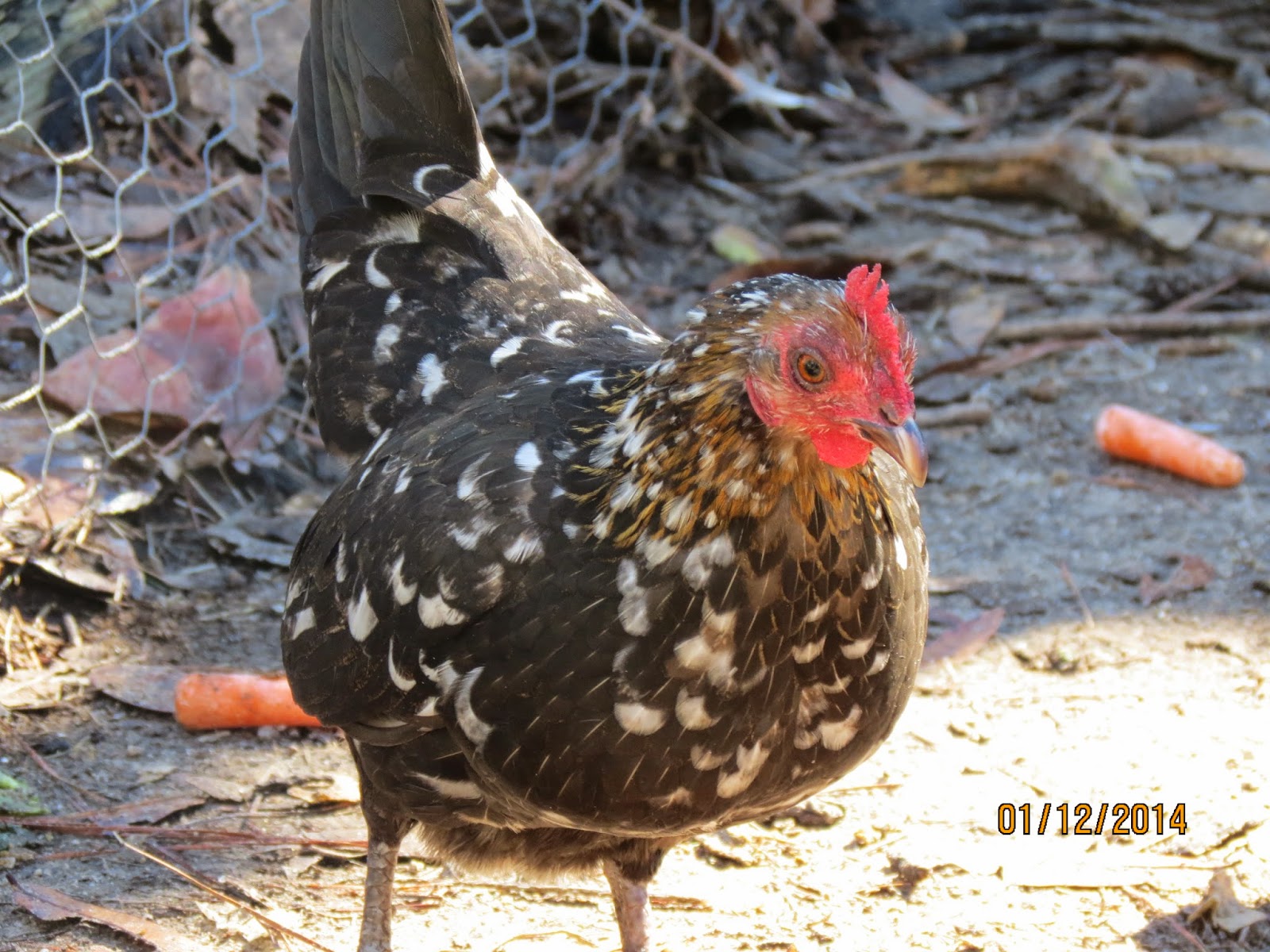 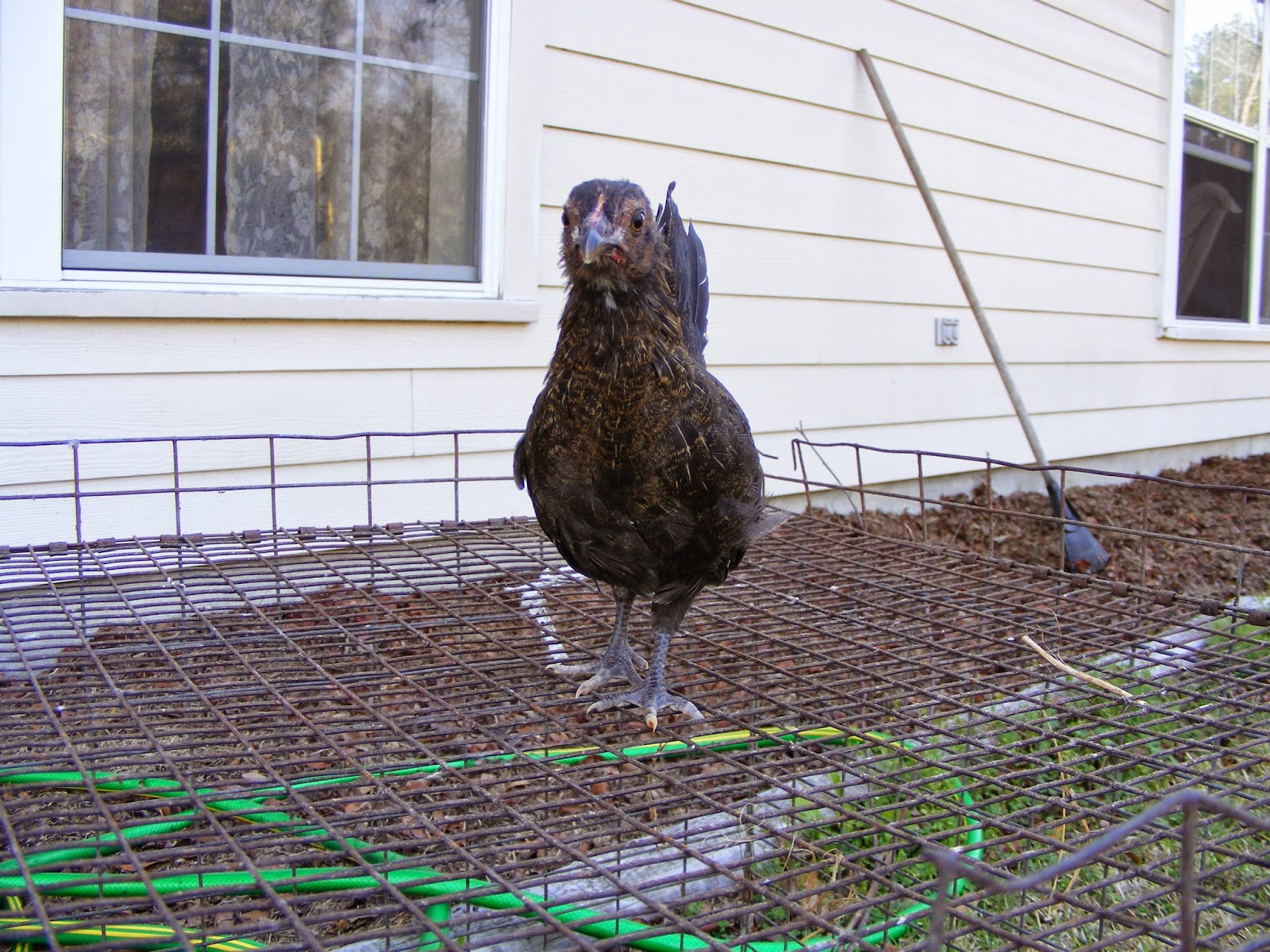 In July of 2013, Rose became broody and hatched four chicks: Amelia, Taylor, Ebony and Little Babe. She was a very protective mother who took excellent care of her babies.
They have all survived and have inherited Rose's looks and dominant personally. 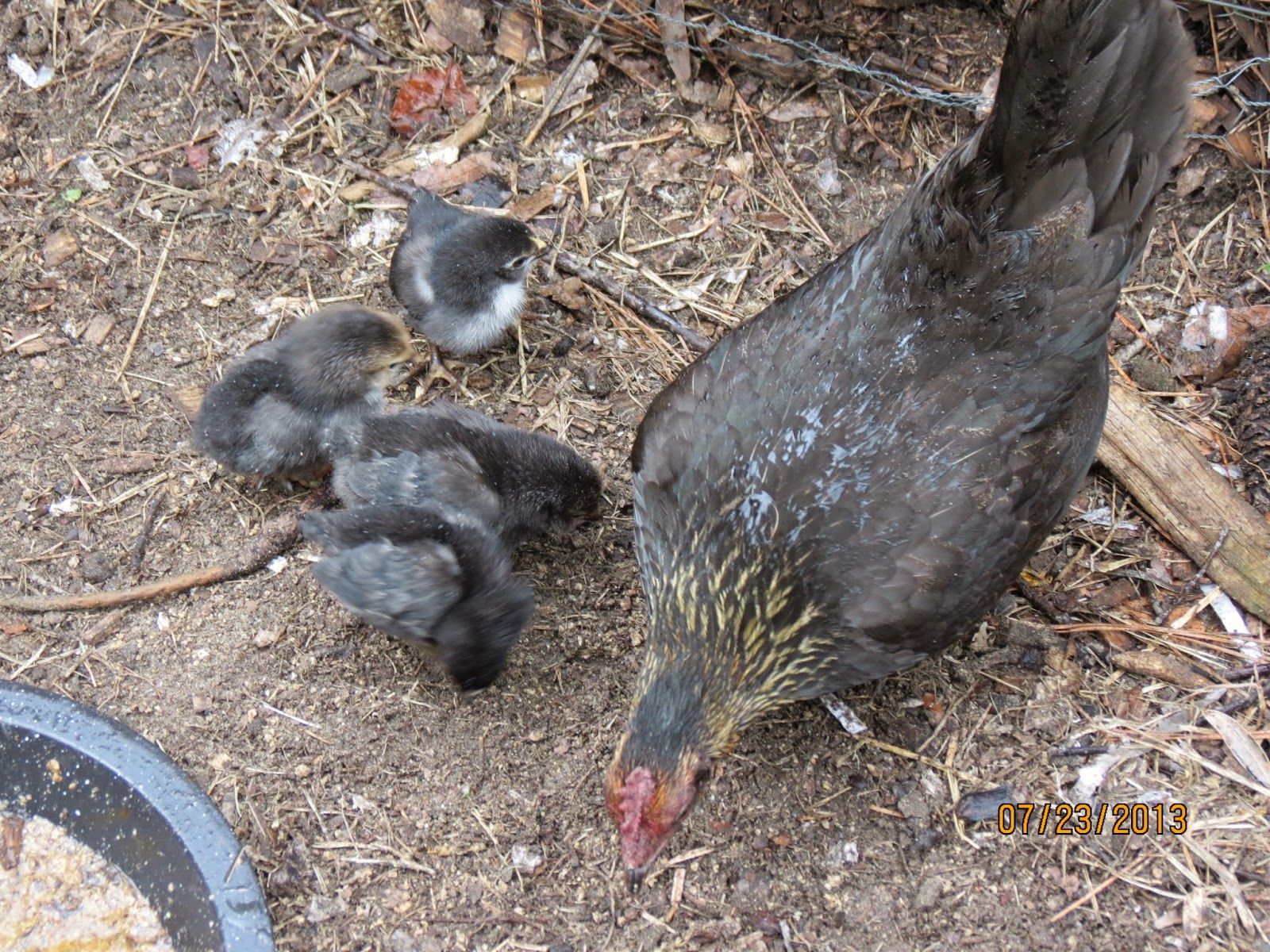 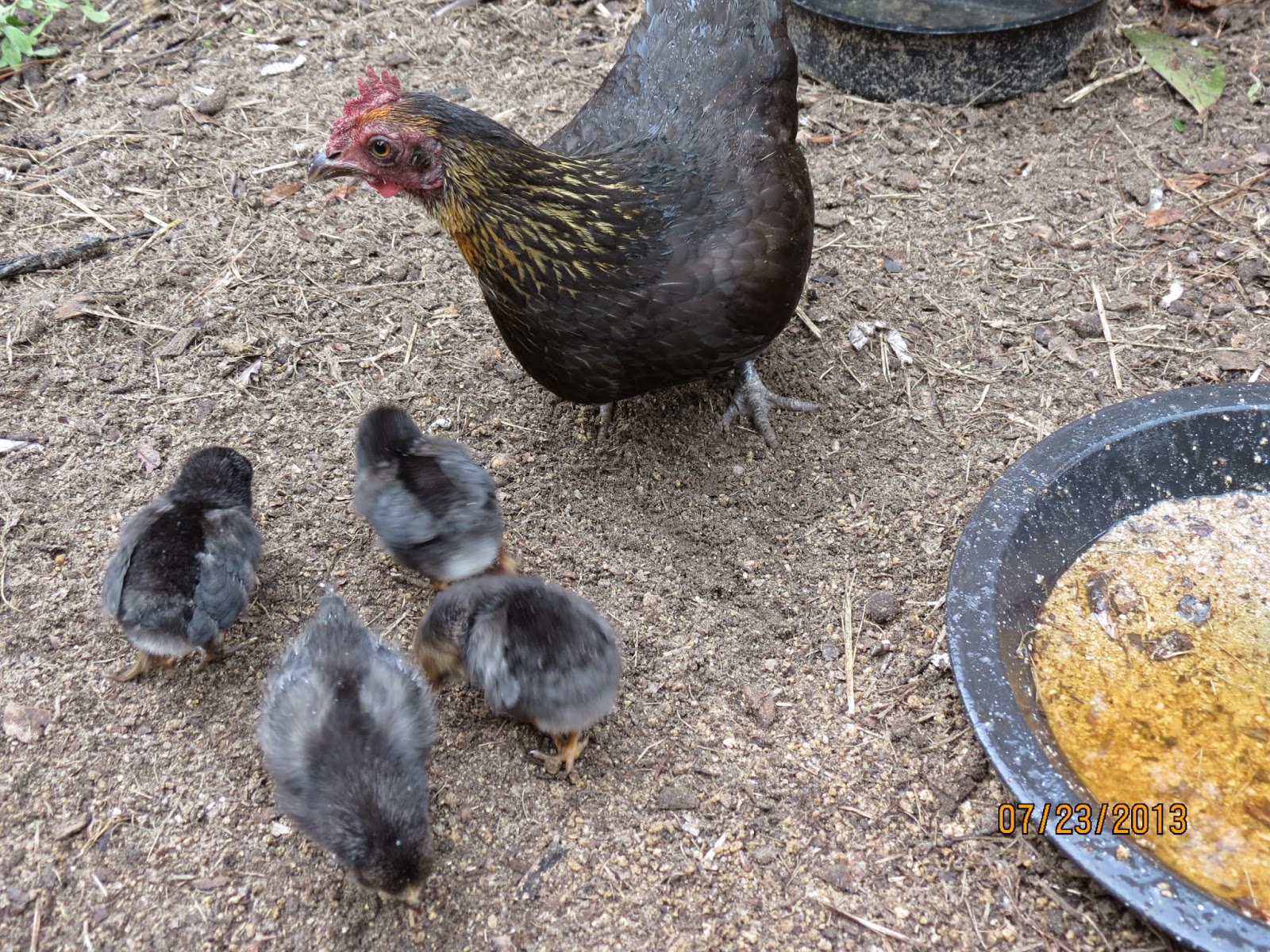 If anything is wrong or bothering her, she is sure to let us know.
Even though she is around eight years old and has the white feathers to prove it, she shows no other sign of her age.
She is a valued member of the flock and not afraid to take on a strange chicken many times her size. If more people had her courage this world would be a much better place. 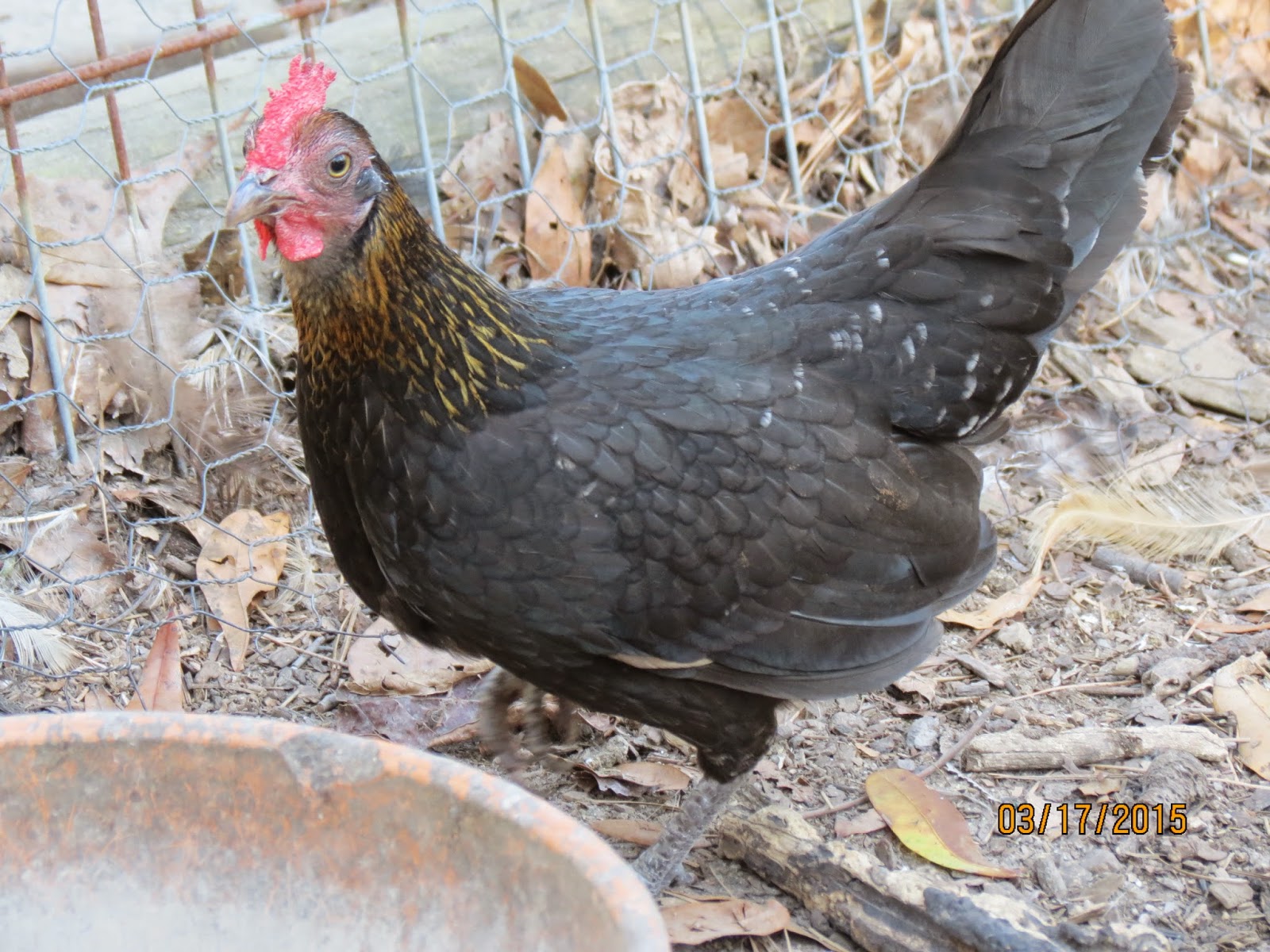 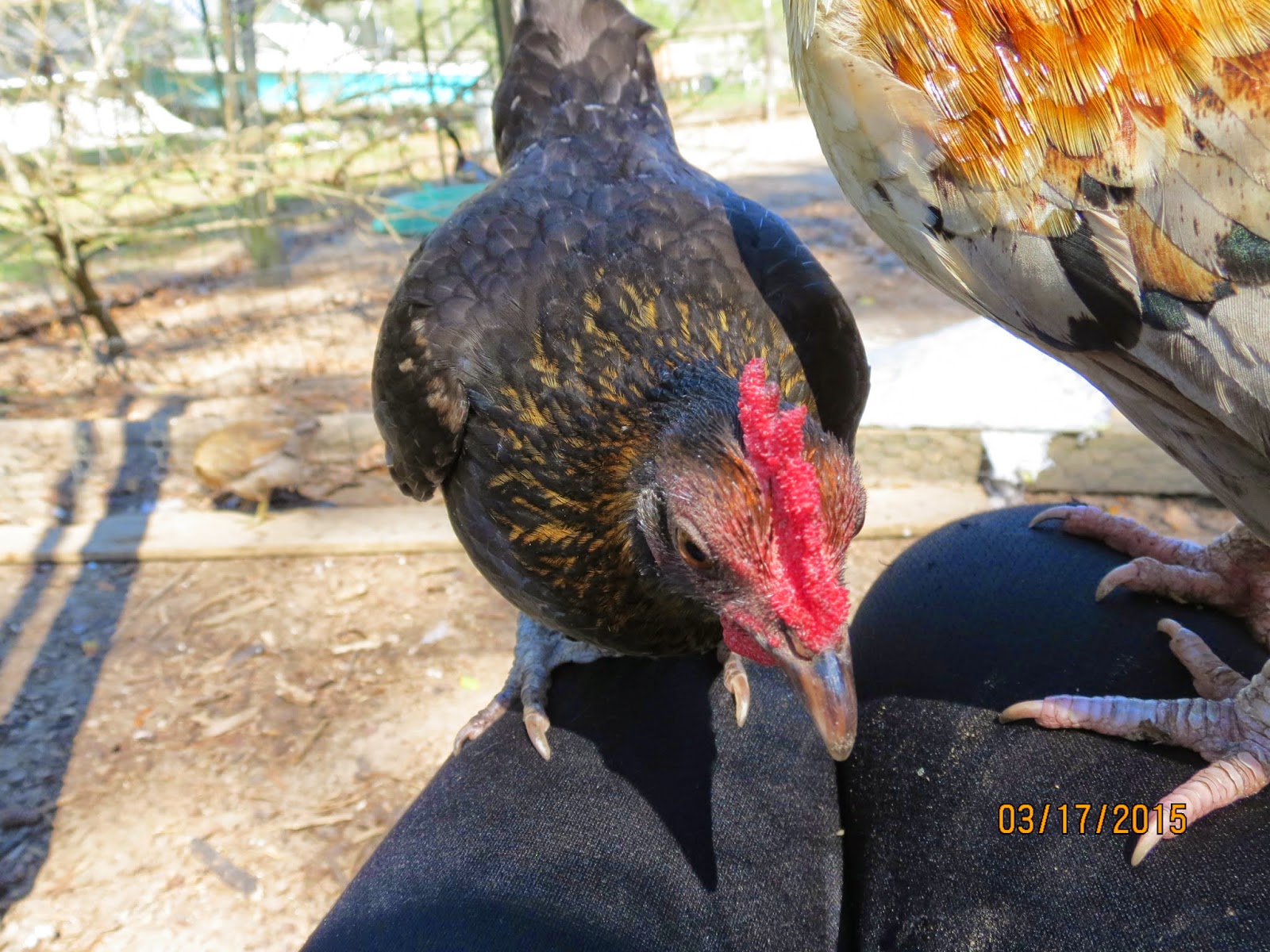 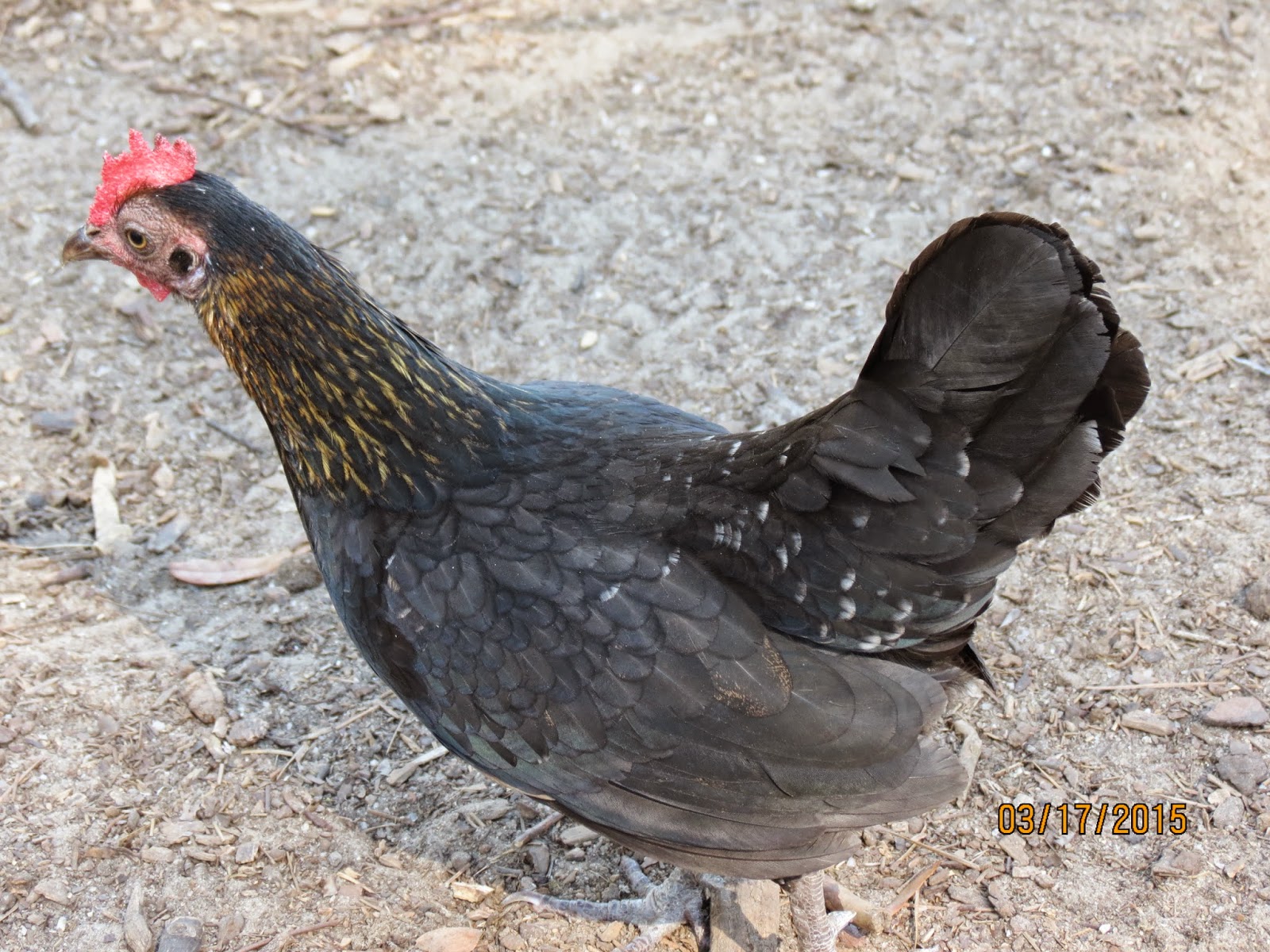