A tadpole is not an animal, at least not an animal unto its self. Tadpoles are baby frogs or toads and in captivity they require good care to grow into adults. I have had the privilege of raising two.

On 6-12-14, Wal-mart gave us Toadstool.
He was thought to be a leopard frog and had already grown his back legs. It was not long before he grew his arms.
He lived in a aquarium with small freshwater fish until he could be released at a natural spring.
He was set free on 6-20-14. 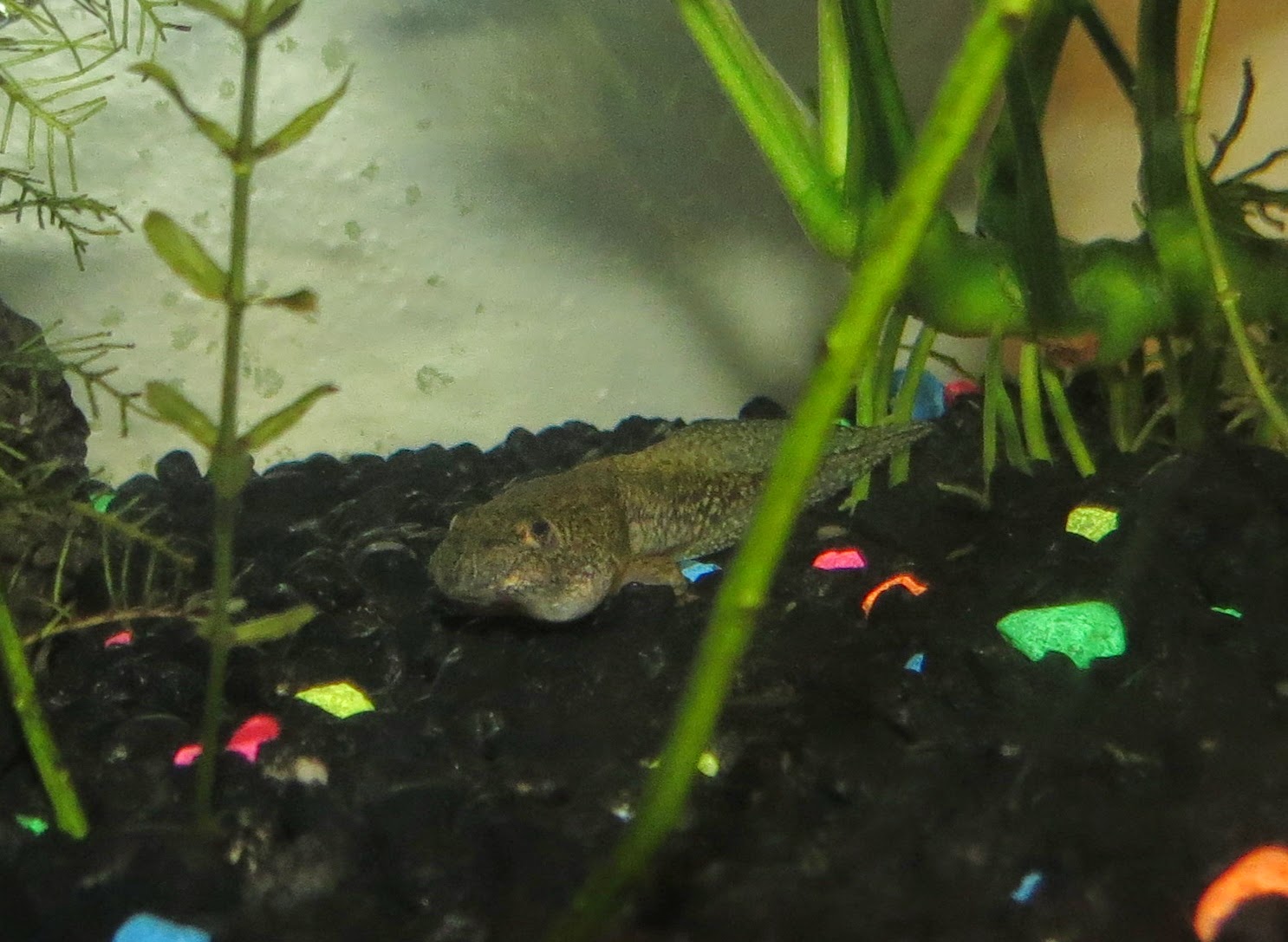 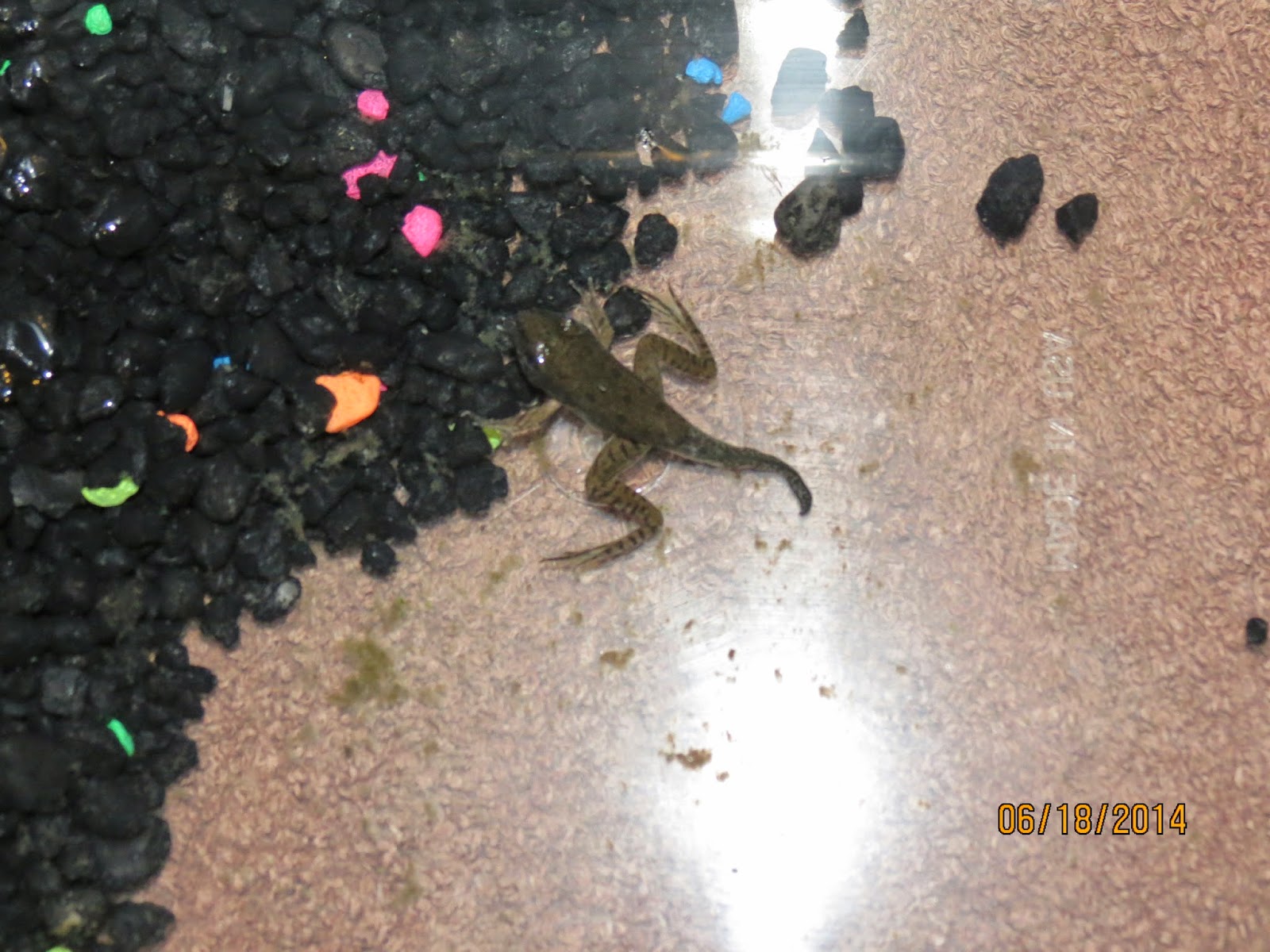 This is Hunt. On 12-4-14, we found her in with the fish at Petco, and they were happy to give her to us. We fed her lettuce - after it was boiled for ten minutes. It seemed to take forever for her to grow legs.
On 1-10-15, she grew his arms and was moved from the guppy aquarium to a smaller container, where she could climb out of the water onto rocks.
On 1-16-15 she started breathing air. Now, she is often found in his water dish and I think I heard her croke.
She will be released in the spring. 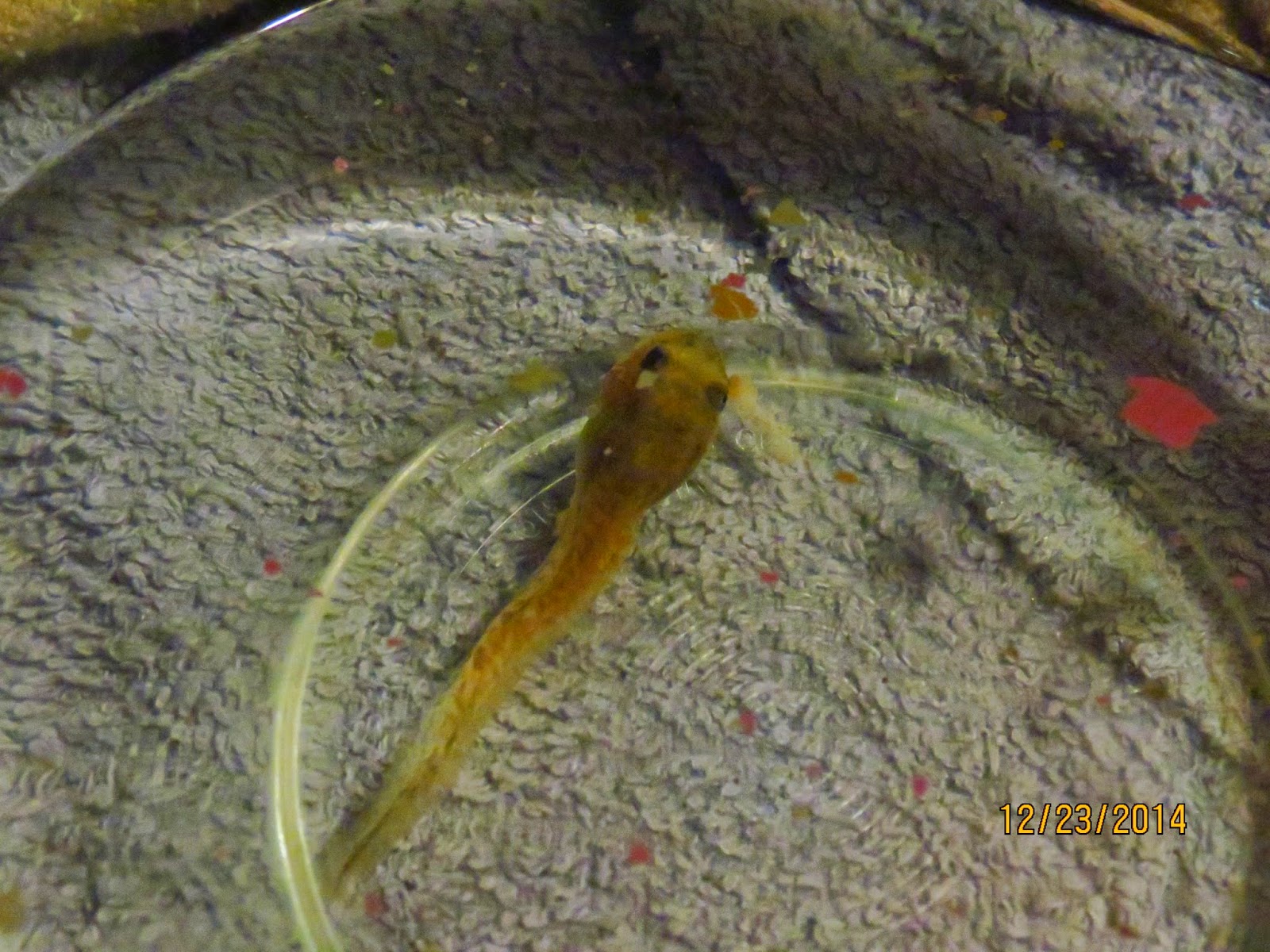 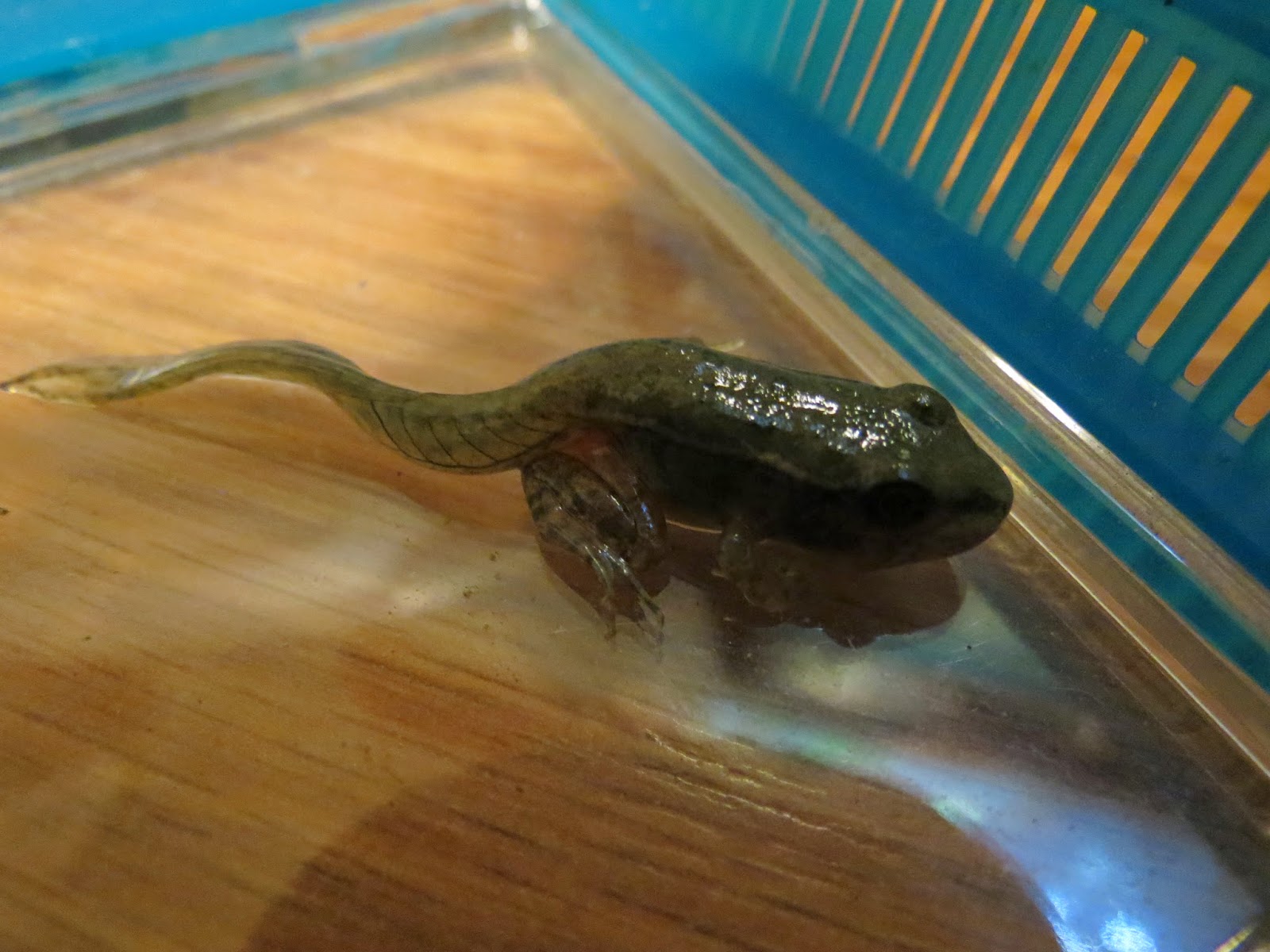 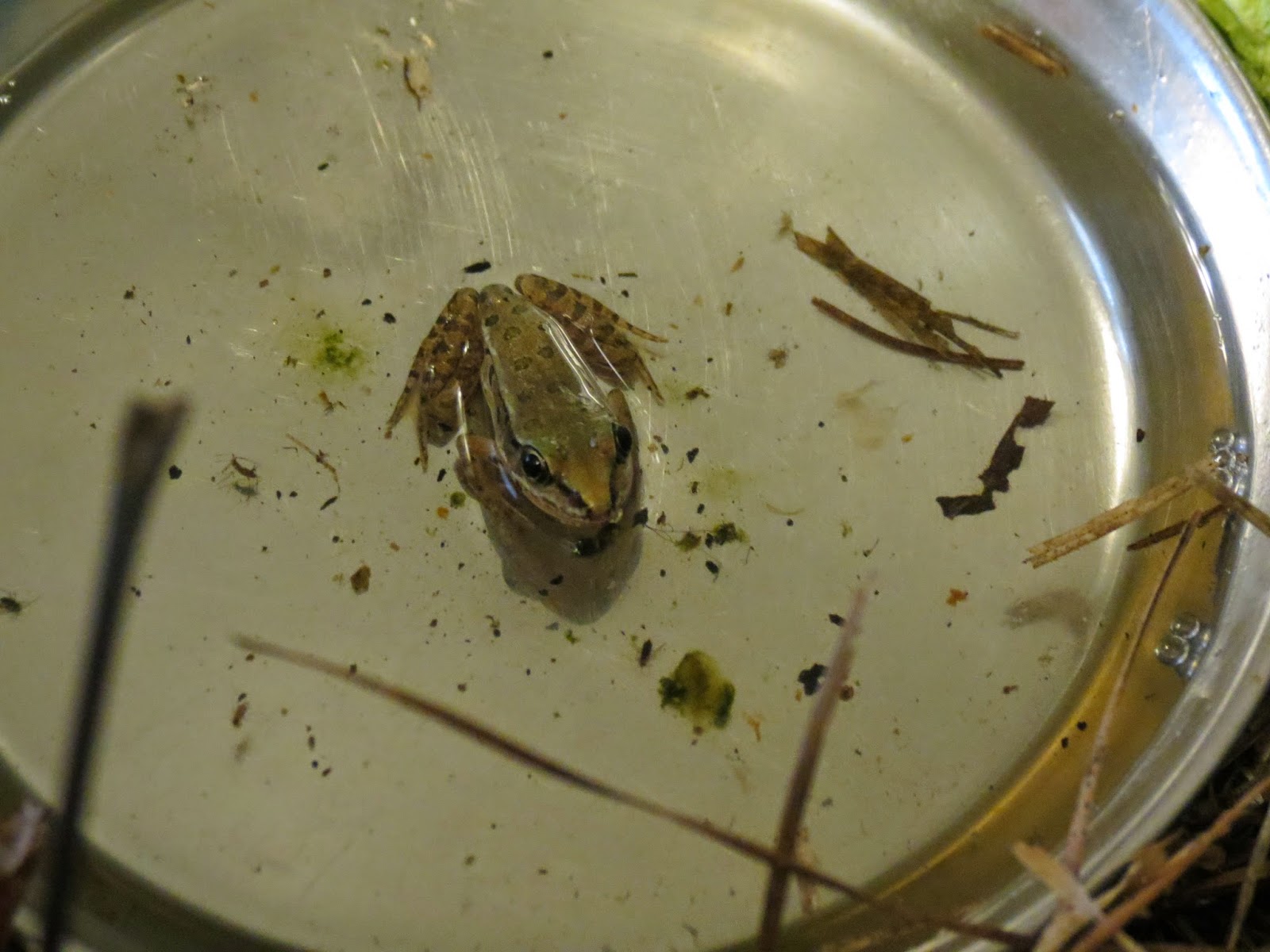 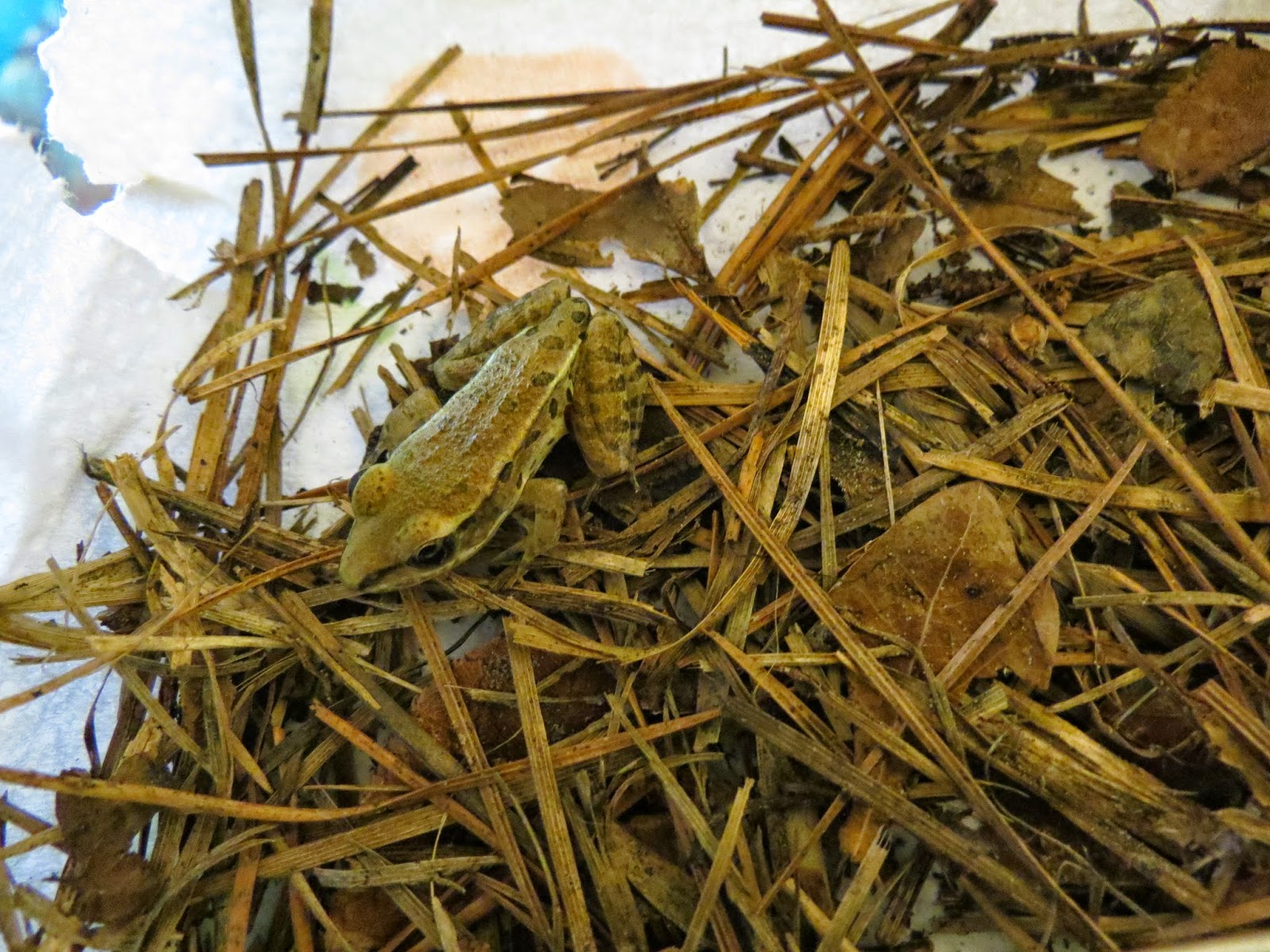 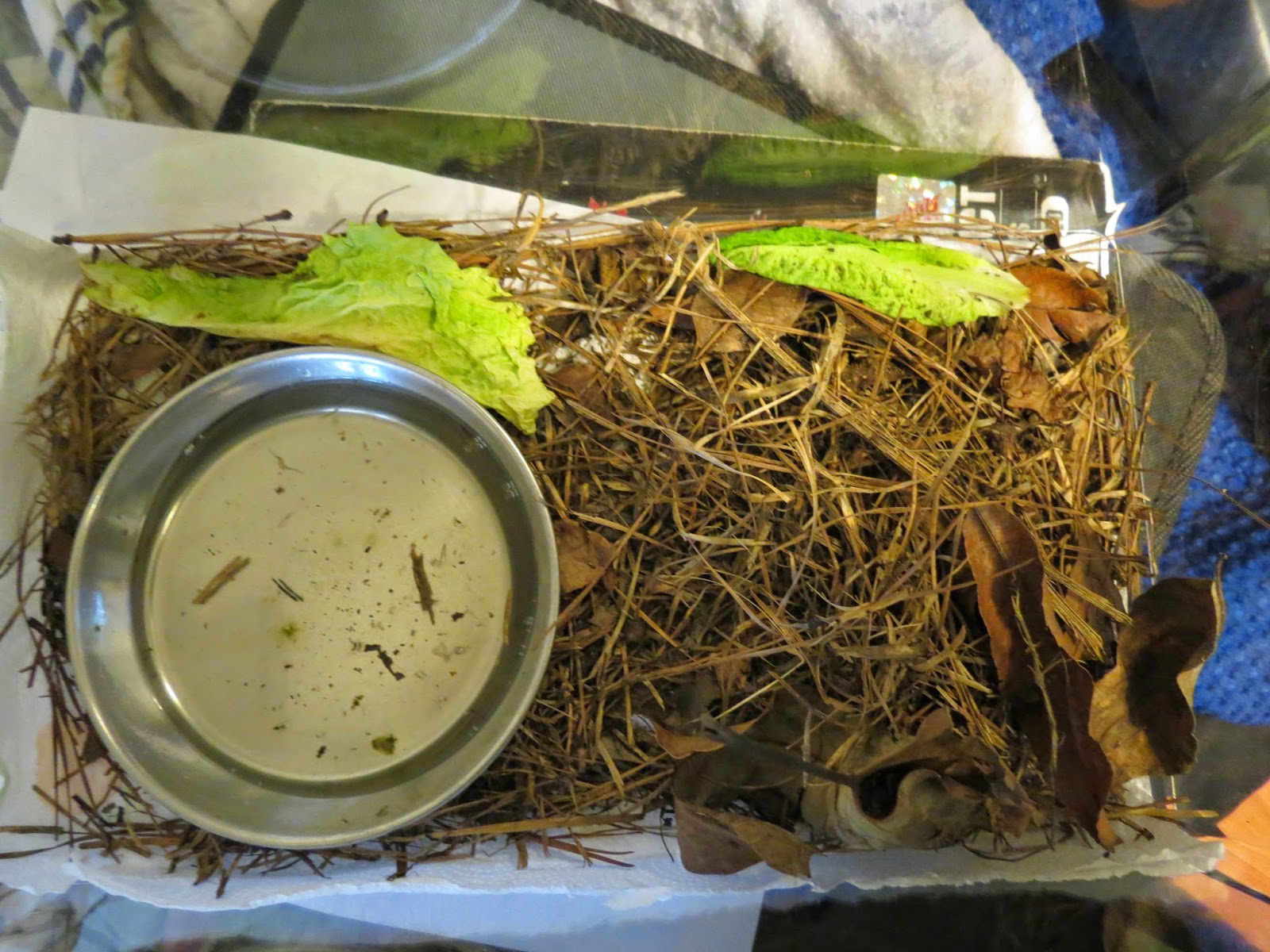 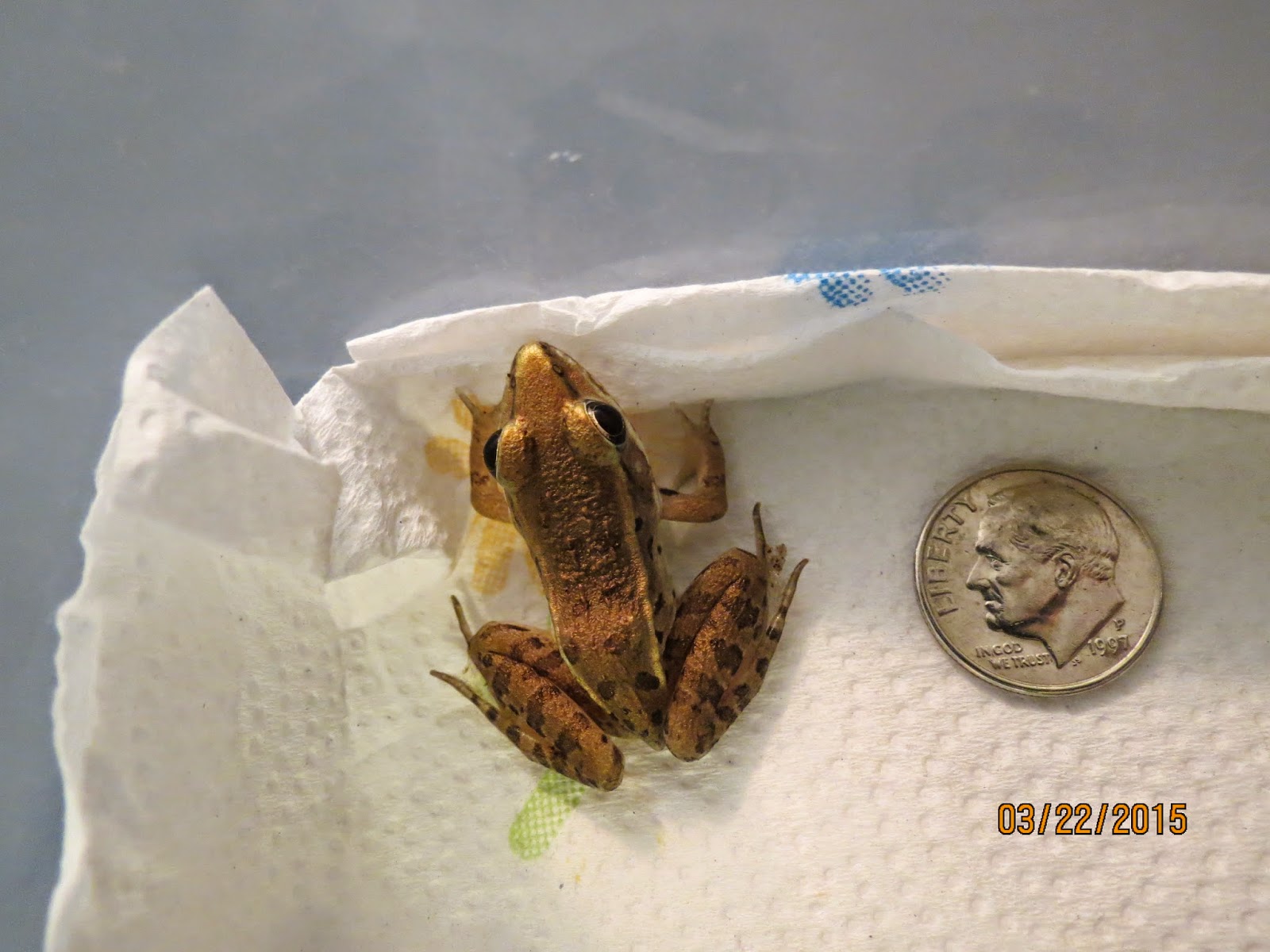 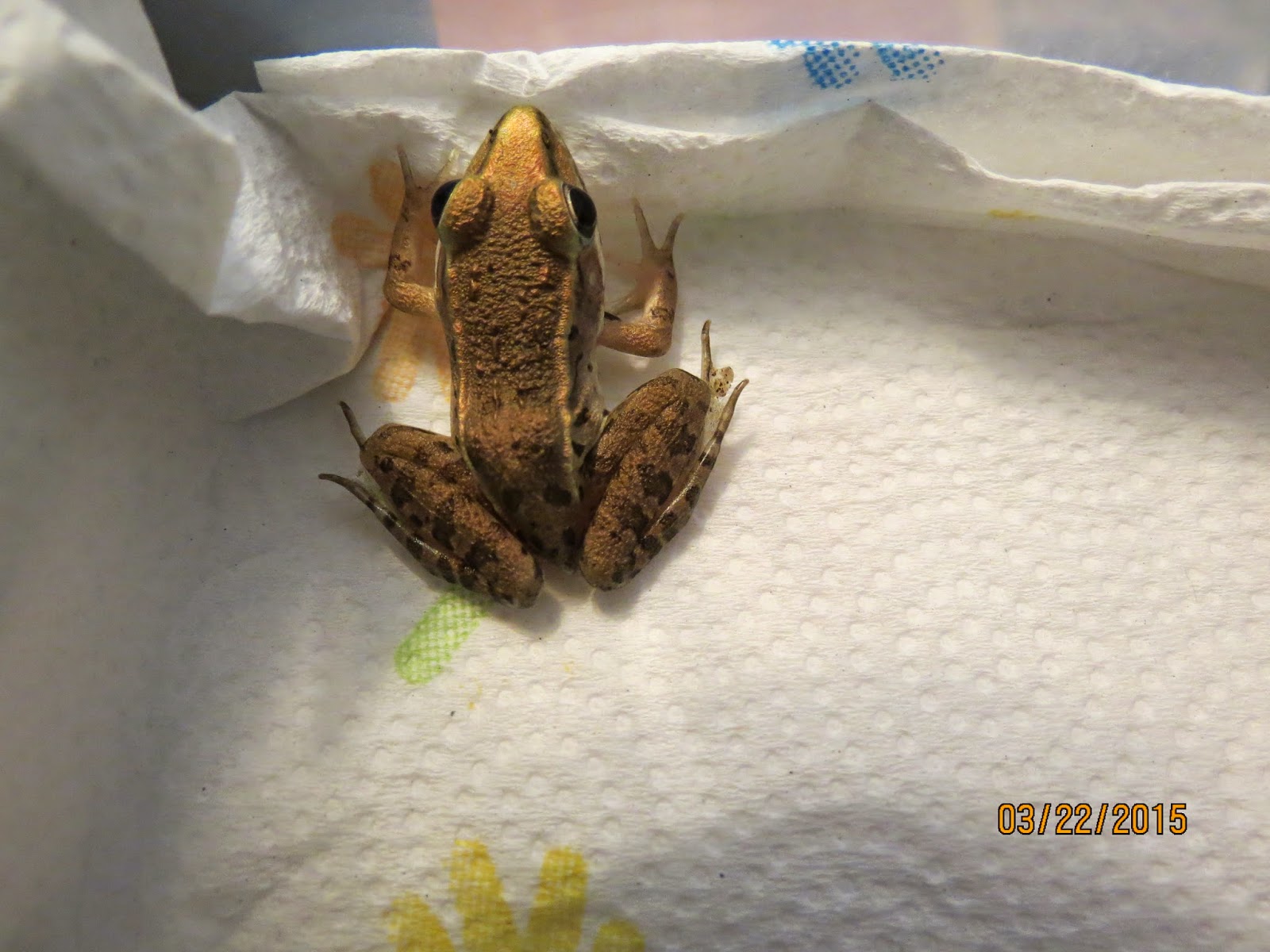 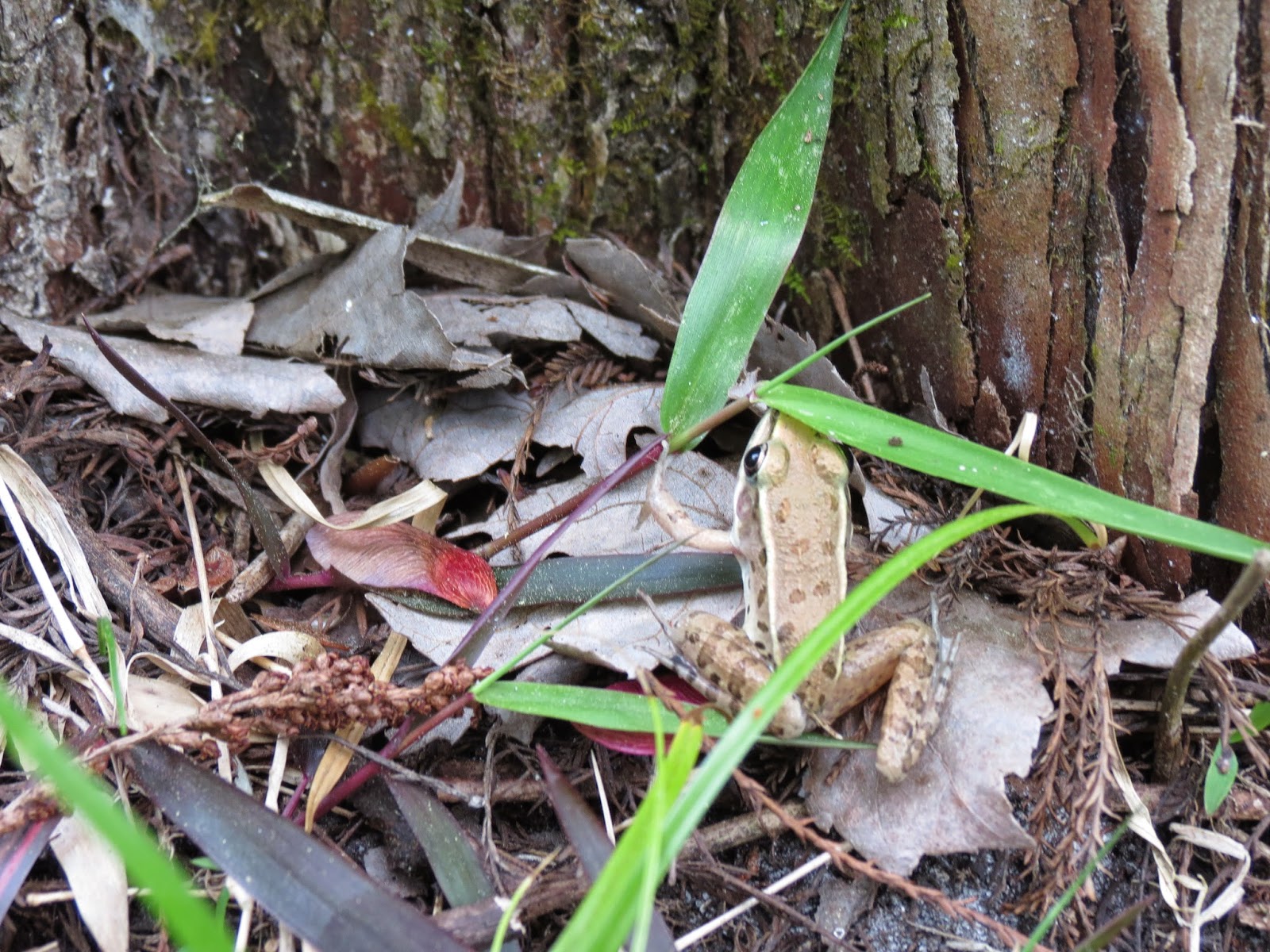 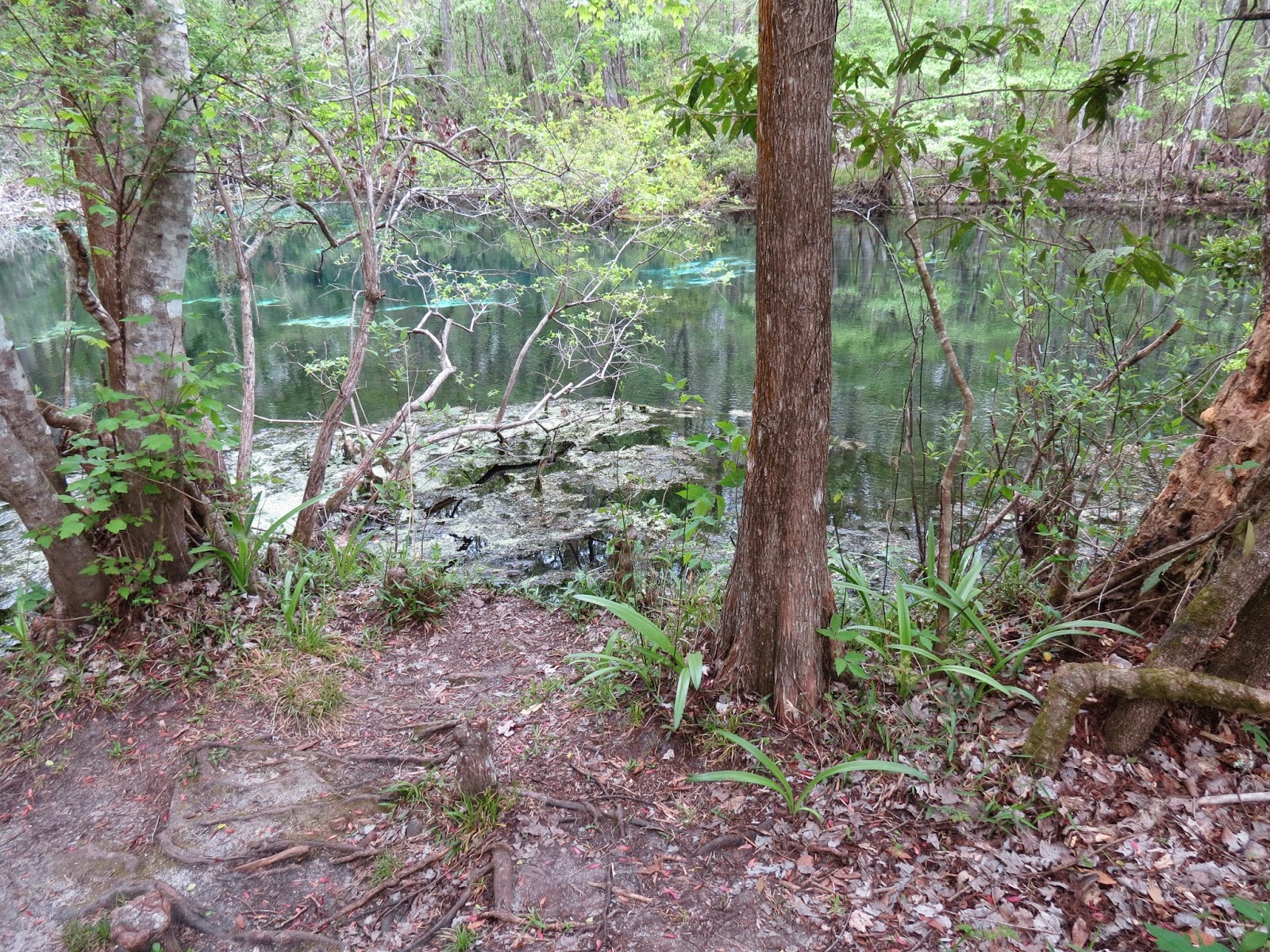 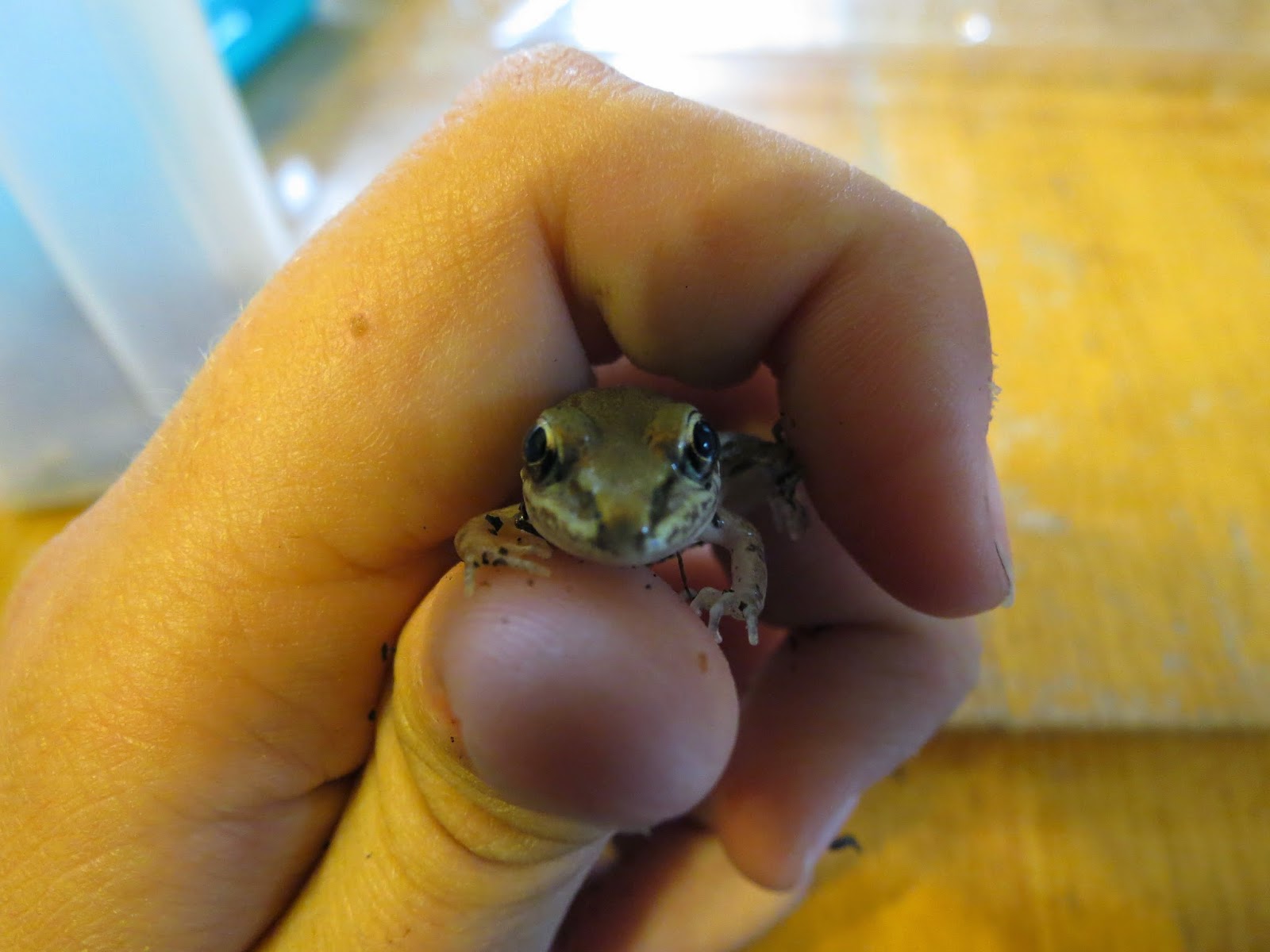 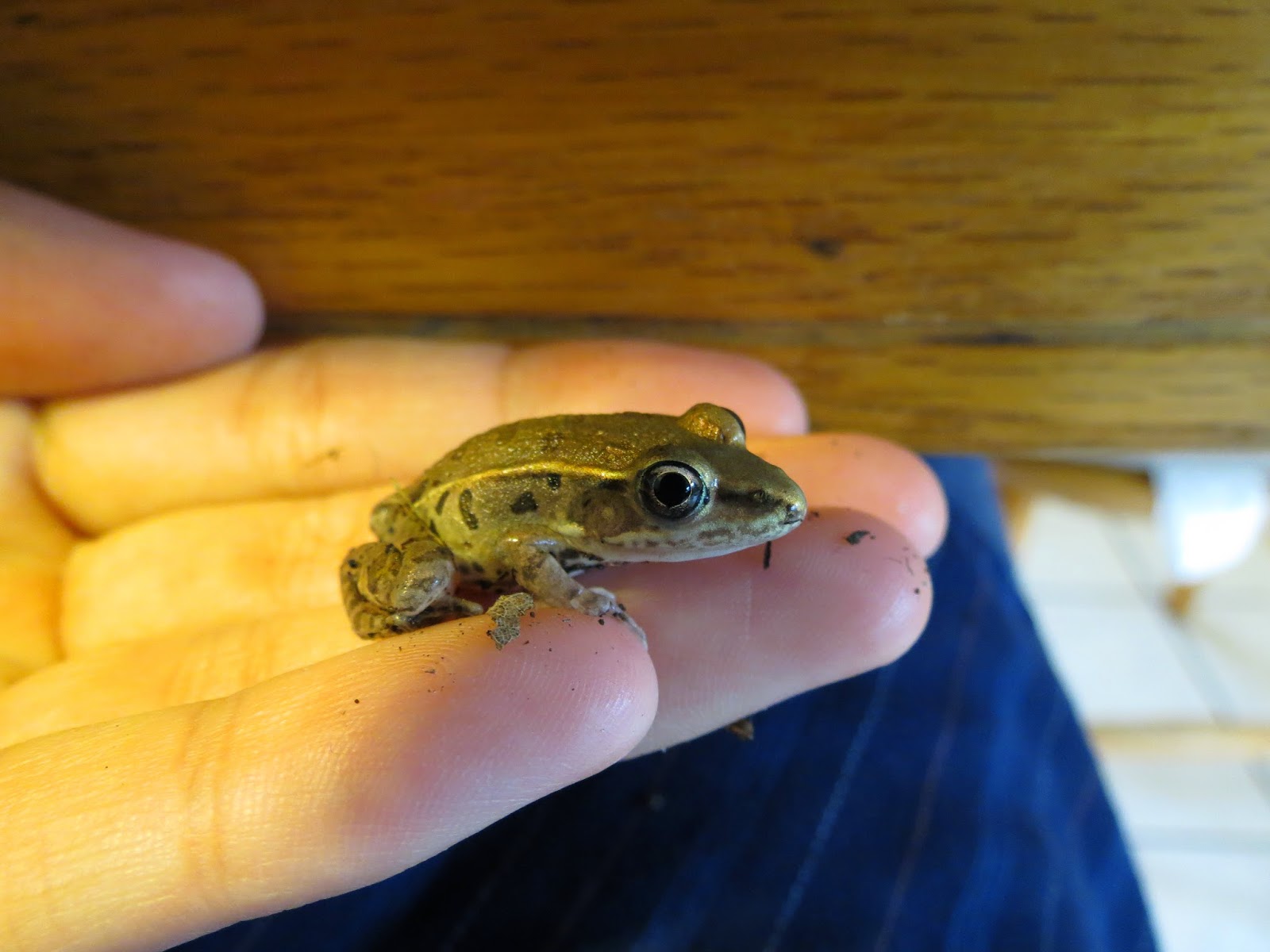