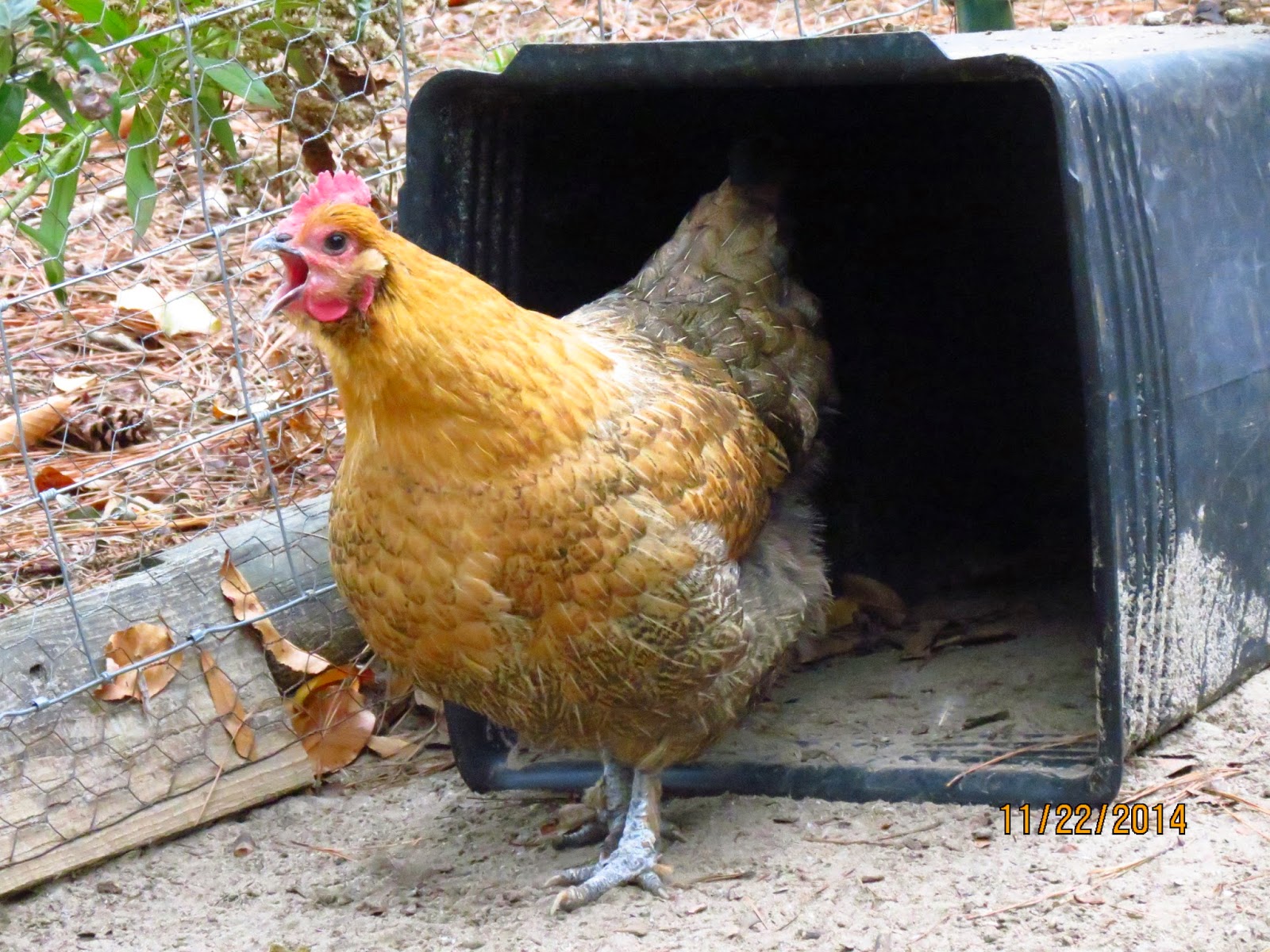 This is Brownie, who was hatched in 2009.
She closely resembles her sister, Coco Puff. But unlike her sister, she has a few feathers on her feet. She is thought to be a buff orpington-cuckoo maran cross.
On 8-22-14, we noticed that one of her wings was hanging limp and she was gasping.
We never found out what had hurt her.
There were no open wounds nor missing feathers, so it is unlikely that she was attacked by a predator. It was not long before her wing healed, but she continues to gasp to this day.
Brownie is usually calm but she does not like being held.
She goes broody every year and lays brown eggs. I don't eat eggs because they are underdeveloped chicks. Keep them warm for a while and they hatch.
I find eating eggs not only gross, but not much different then eating a chicken.
(At least they were not once alive like chickens)
That being said, my family does eat eggs. If you feel like you must eat eggs, it is a hundred times better to raise chickens in your yard and care for them properly, then to support the cruel factory farms. 95% of eggs are laid in these terrible places where no living creature should ever be.
Click here if you eat eggs. 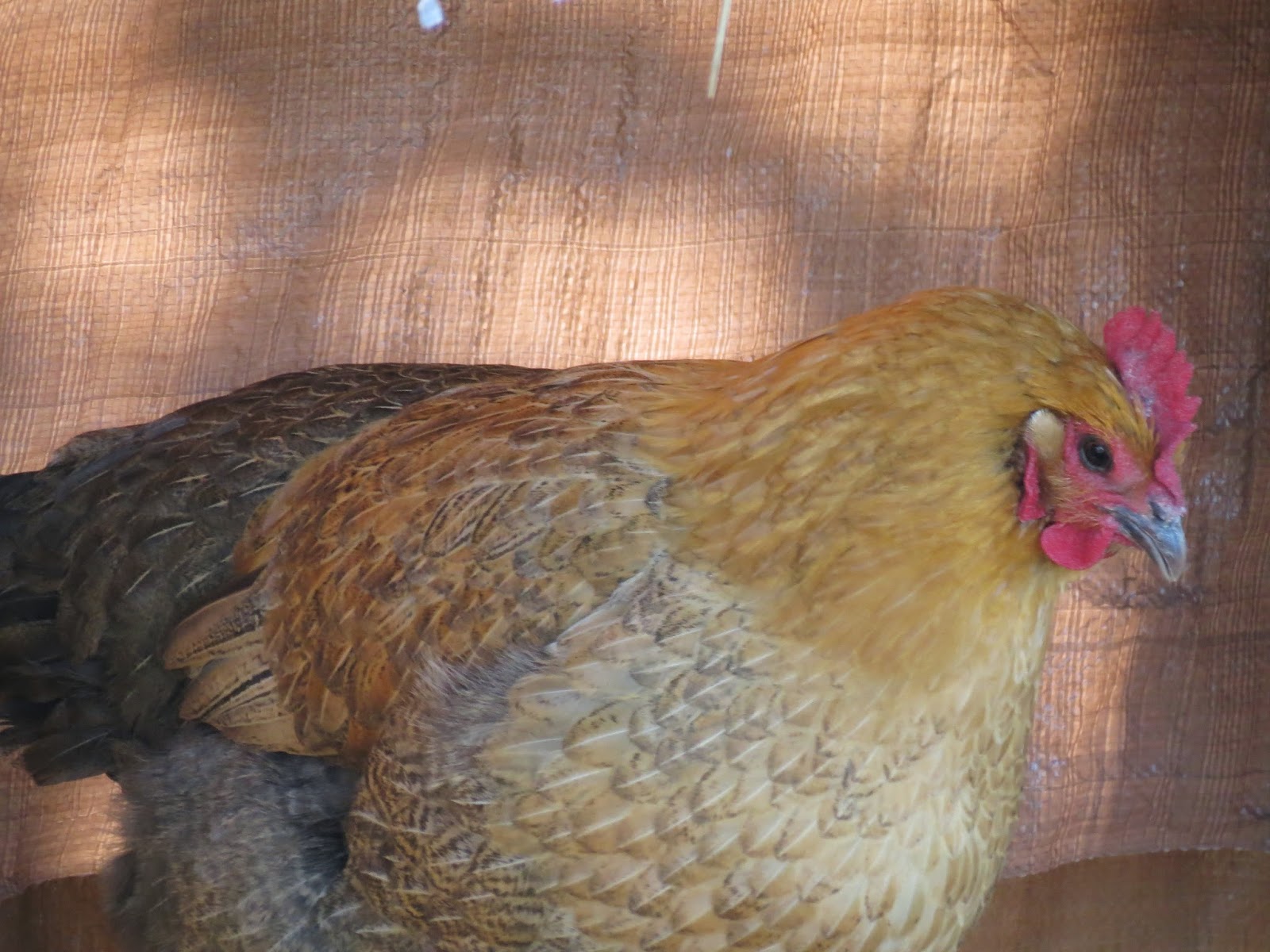 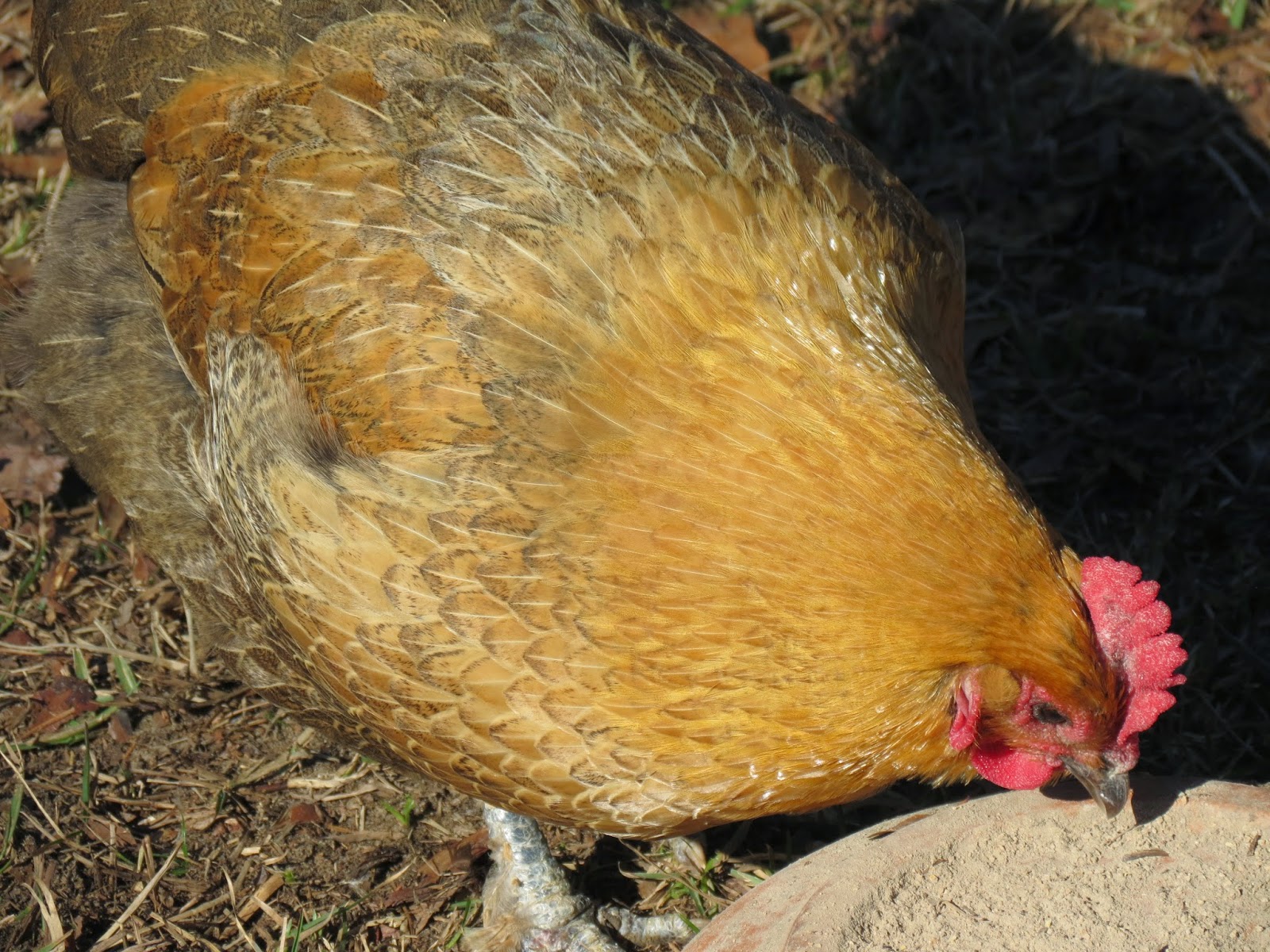 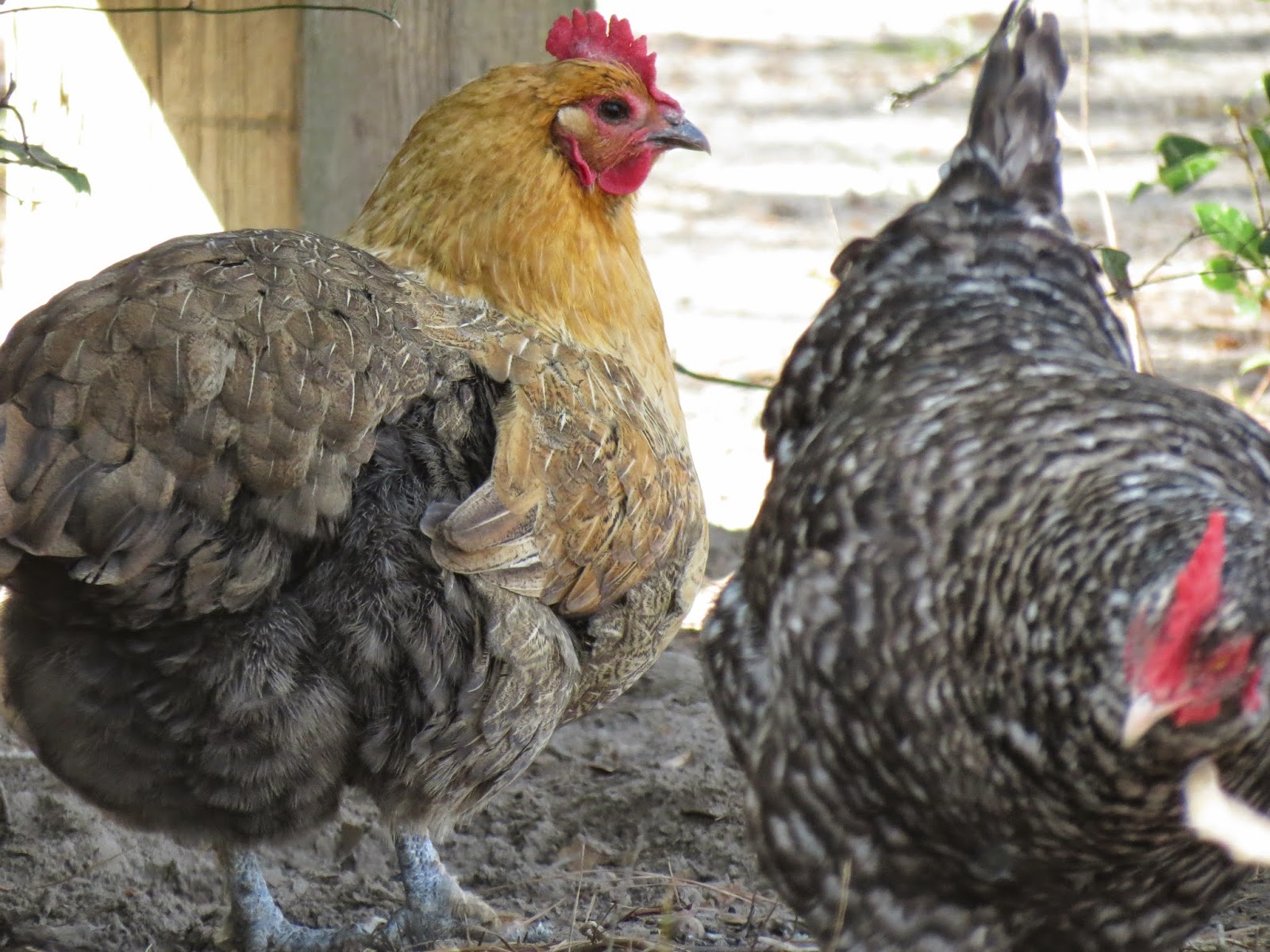 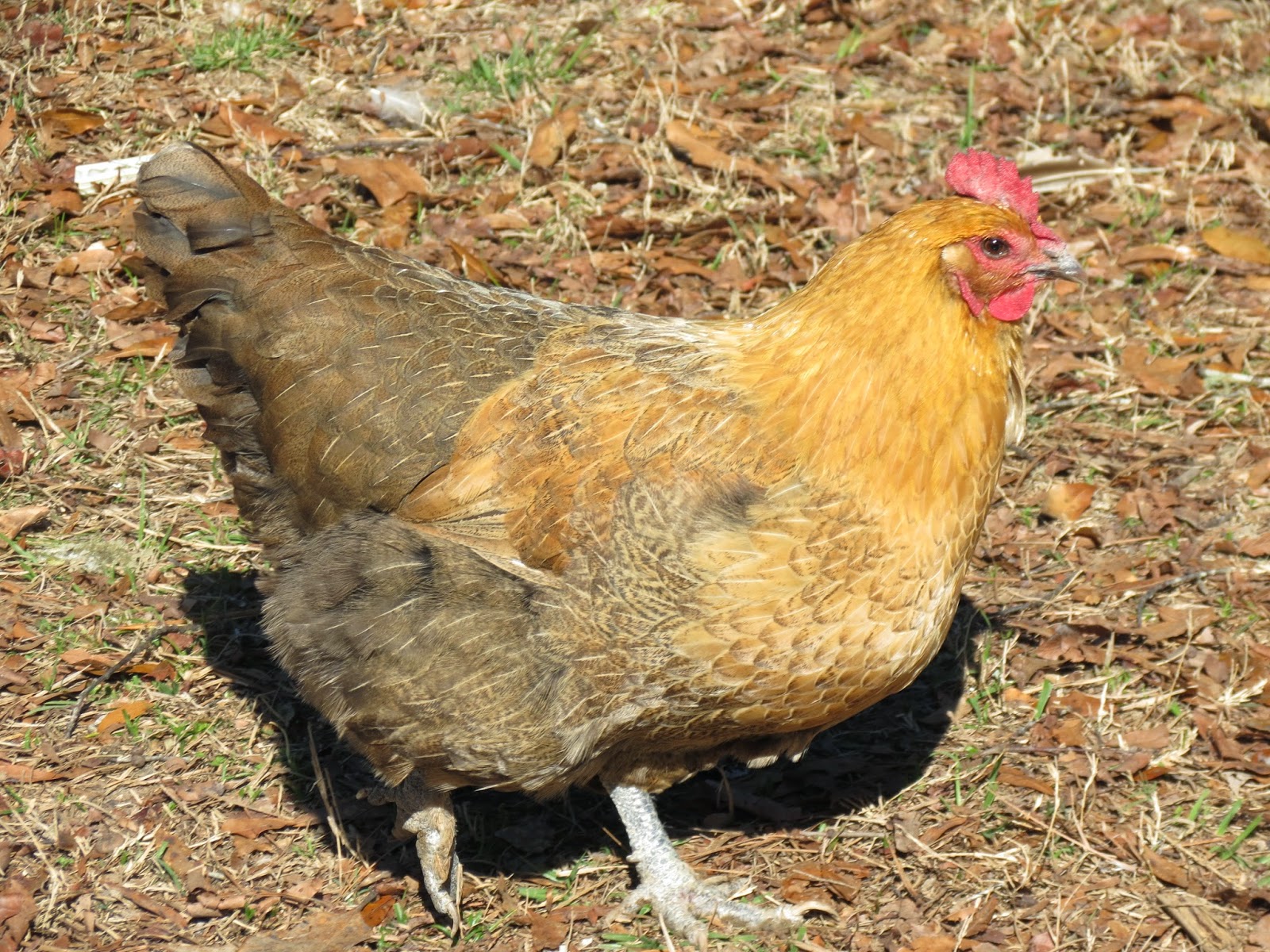 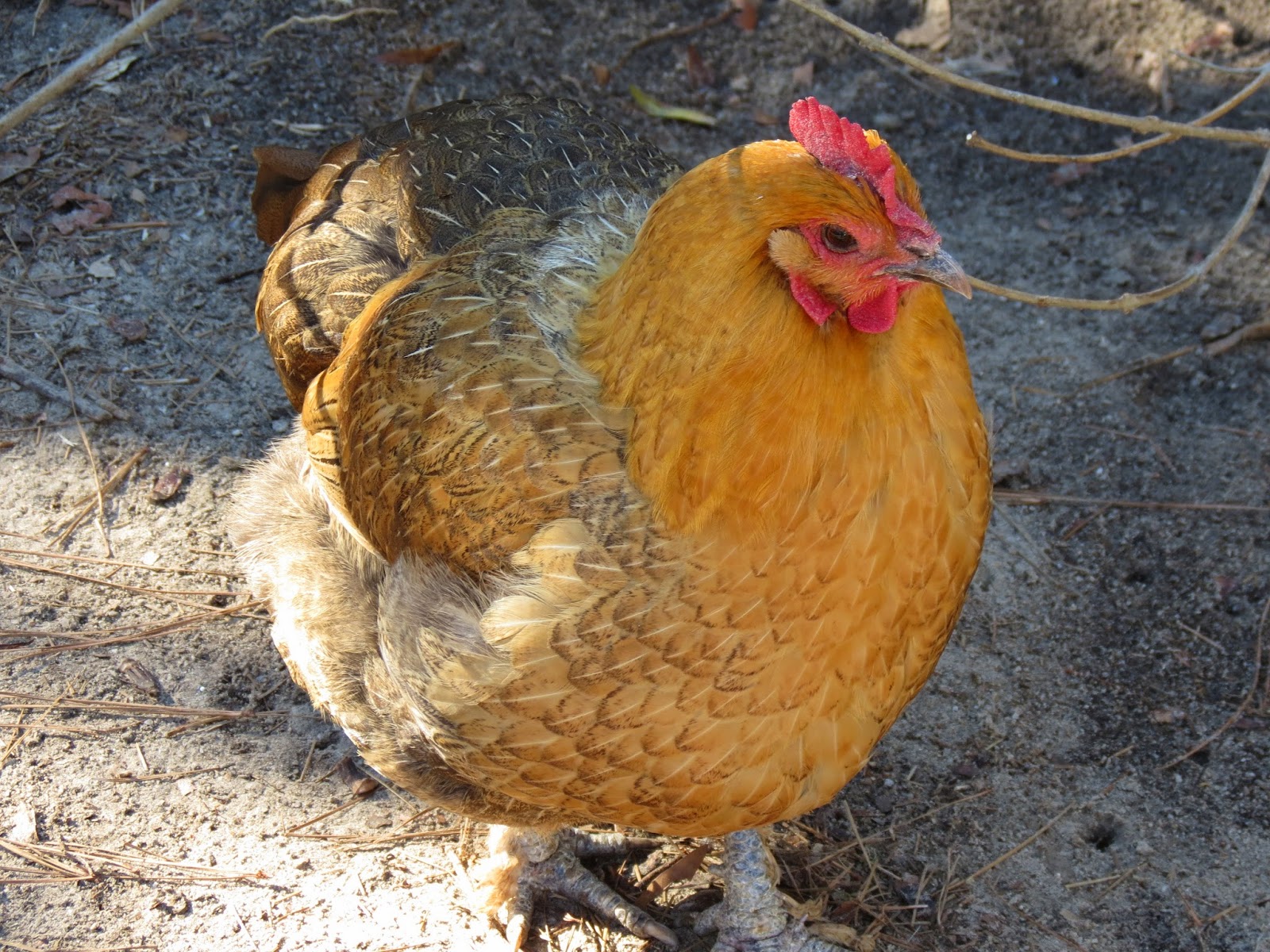