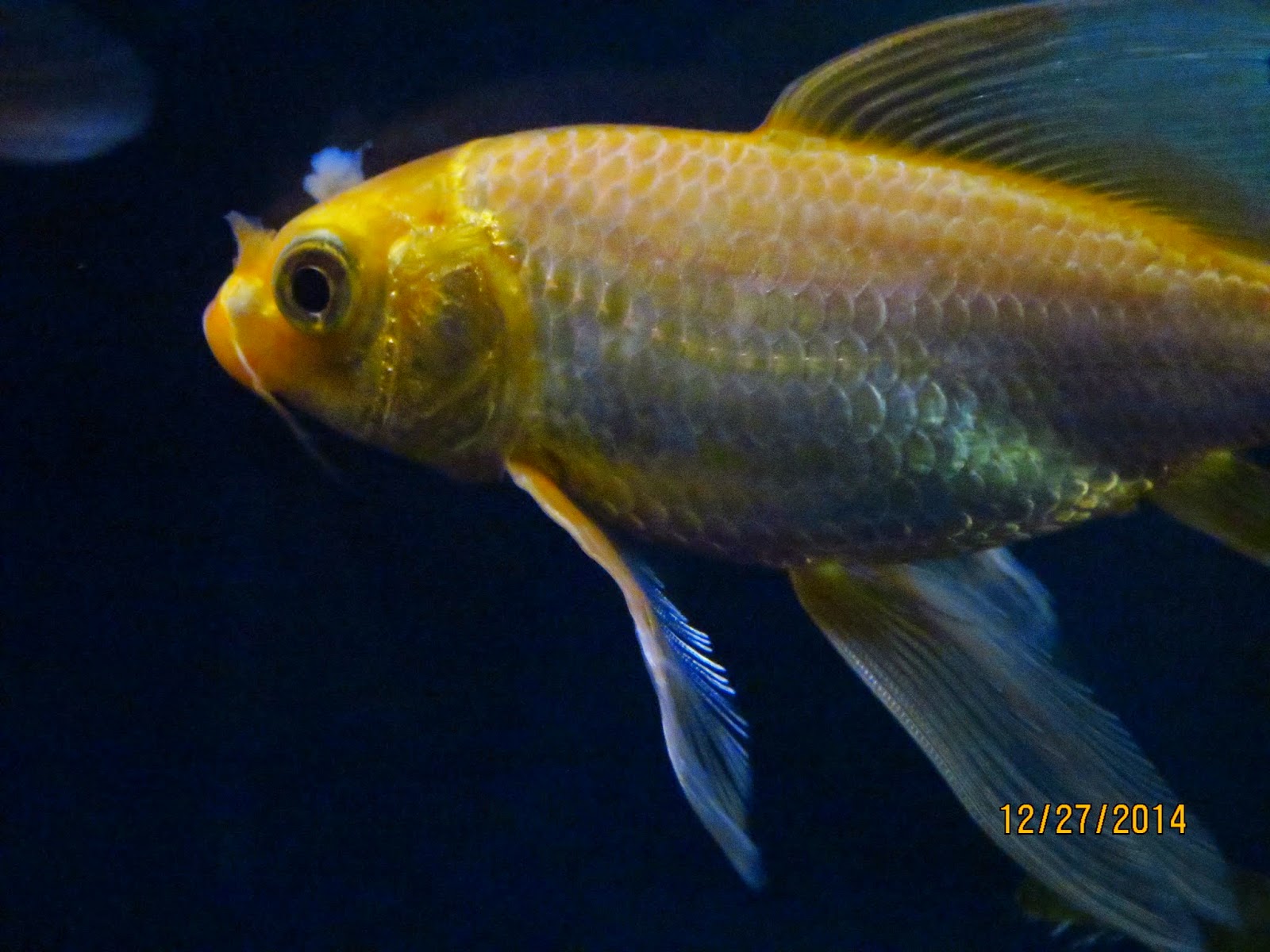 If you watched Cyclops swim by, you might wounder why he would have needed to be rescued.
His golden scales shimmer in the light as he goes about his business in a most graceful way.
He is still young and over 6 inches long, making a wonderful additions to a large tank or pound.
But is you took a closer look, you would notice that something was wrong; he has only one eye. Weather his eye was lost from an injury, during shipment, or if he has always been without it is unknown. Who knows how long he would have lingered in Walmart's tiny tanks if we had not spotted him. 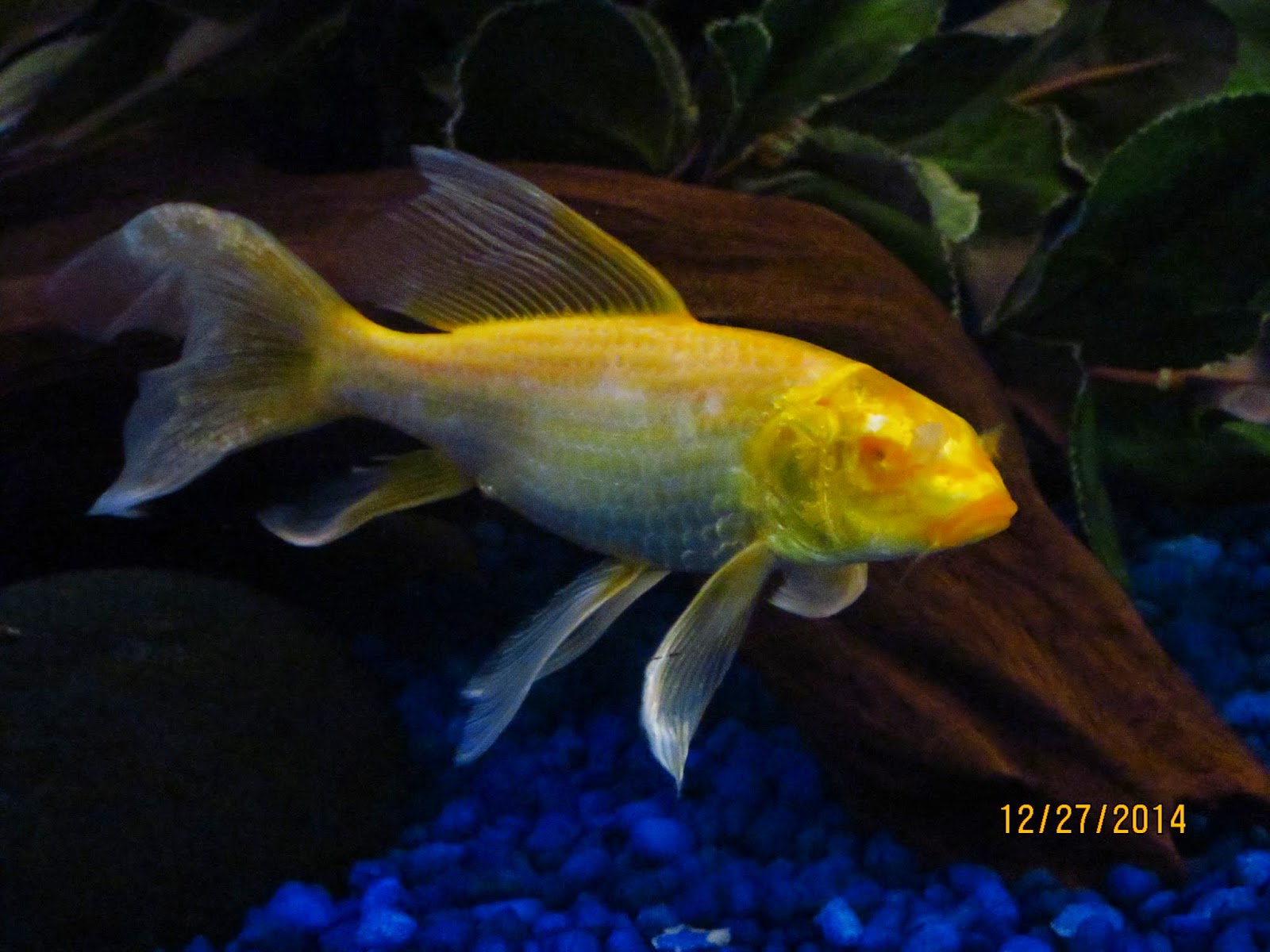 On 11-13-13 we brought him home.
He has at least doubled in size since then and gets around just as well as a normal fish would.
His feeler on his blind side is several times larger then the other.
This very handsome butterfly koi was named after a member of the X-Men.
We would love to get a large outside pound some day, but until then he will have to be content with the 55 gallon aquarium he shares with several other fish, including Quicksilver, Lars and Whiskers. 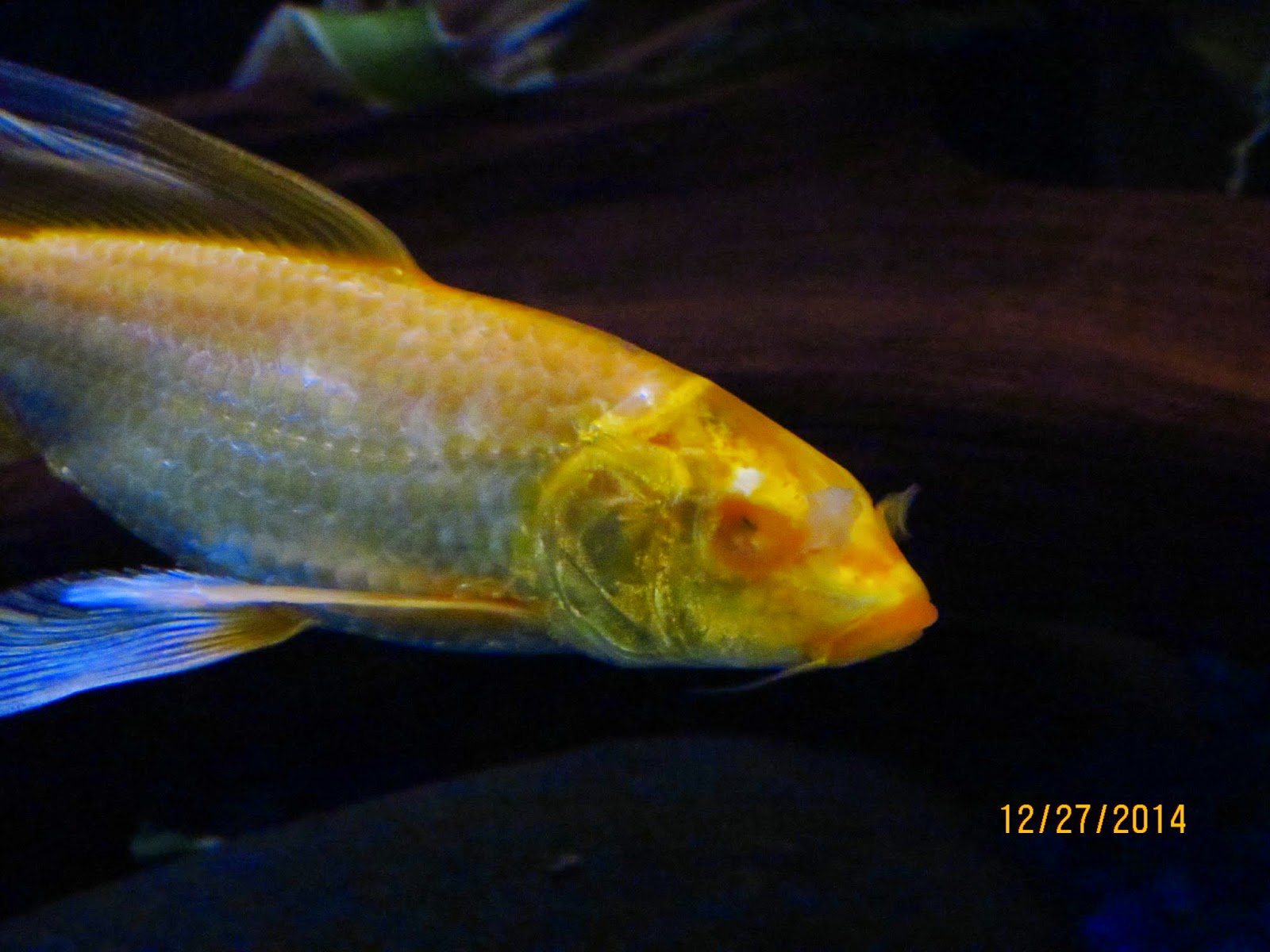 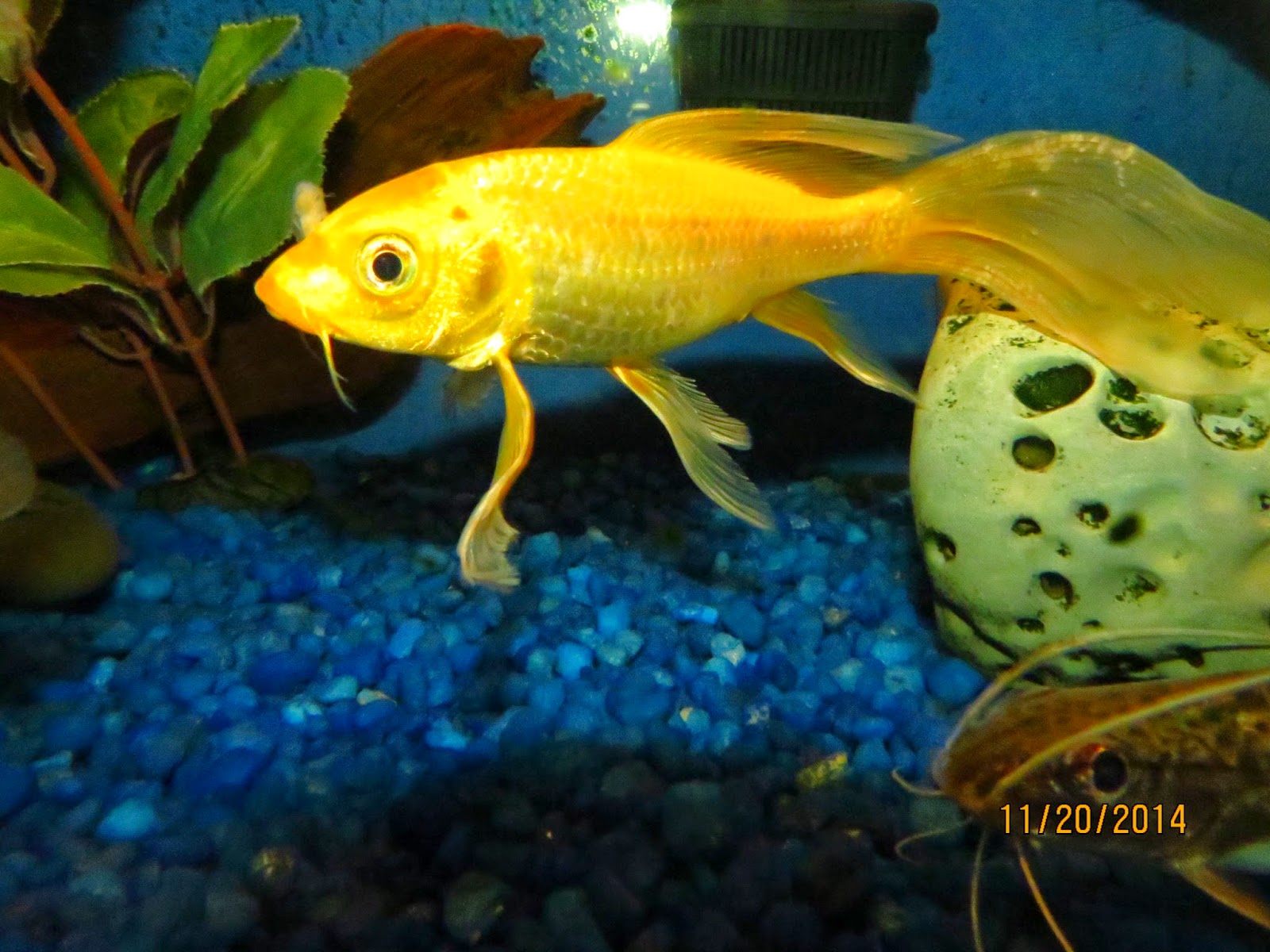 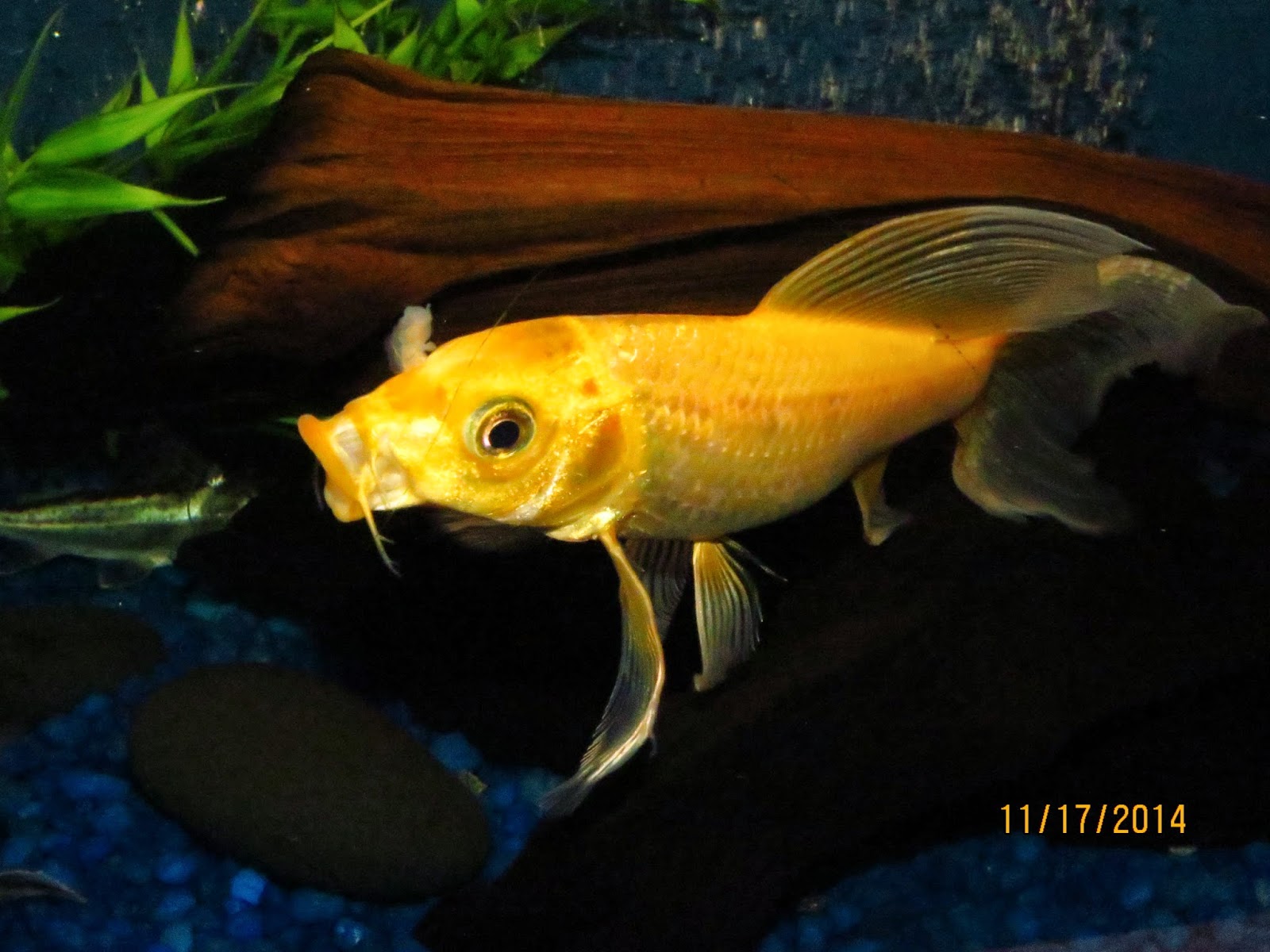