This story is proof of what good care, clean water and prayer can to for an animal. 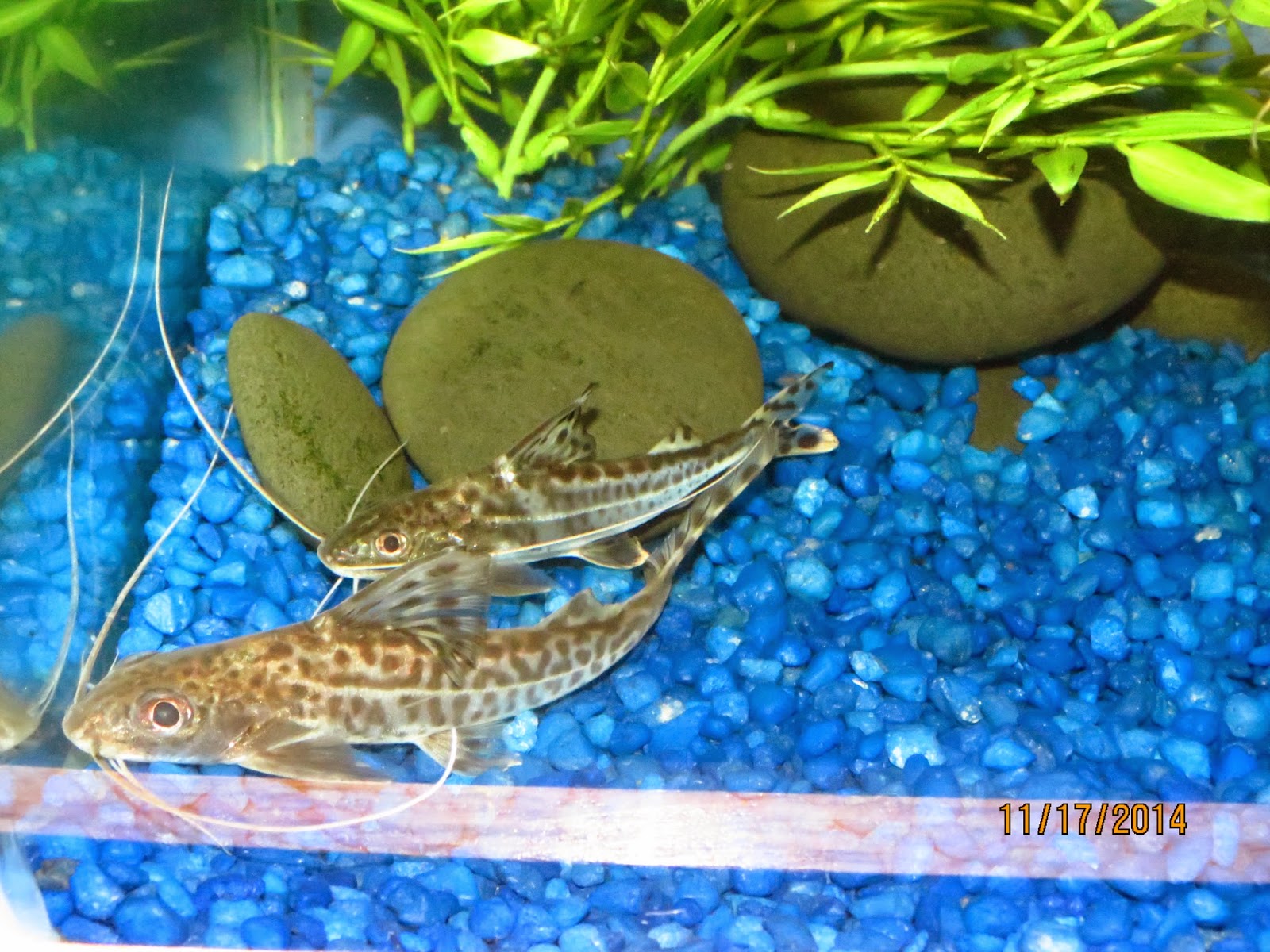 Our local Walmart greatly neglects the live aquarium fishes that they sell.
I have had to rescue many who were wounded, sick, deformed or dying and try to bring them back to good health.
It is a difficult process, sometimes taking up to several weeks before they can be safely moved to a bigger aquarium.
Not all survive, but at least I try.
Quicksilver is a survivor.

On 5-22-14, as I was doing what I could to help the fishes, I spotted a small Pictus catfish who was clearly in trouble.
He was bent to one side and swimming in a tight circle. Watching him gasp for breath, I knew that I could not leave him.
He was the only catfish in the tank and the next thing I knew, we were taking him home.
Once in a clean tank, he recovered rapidly and doubled in size. 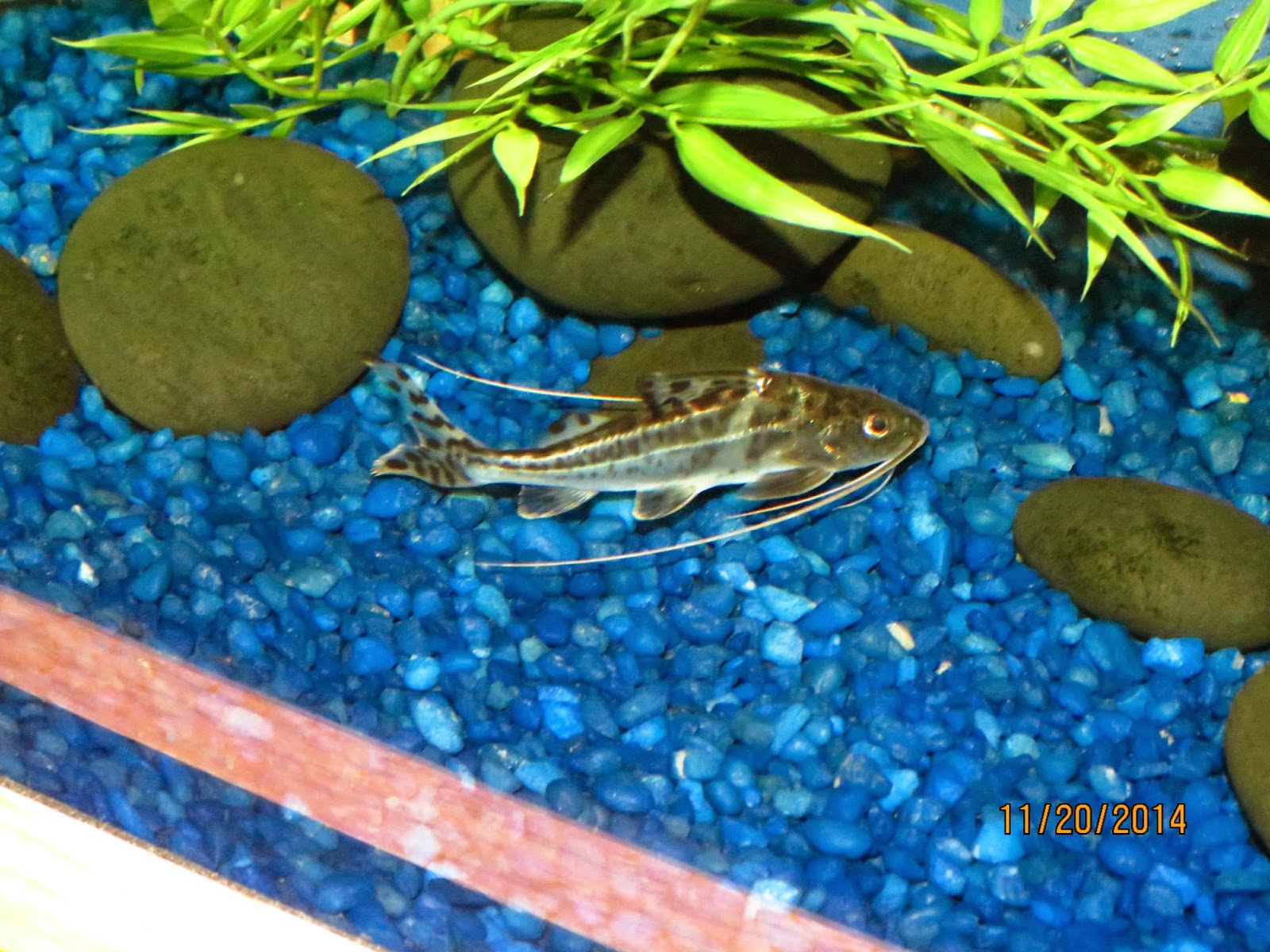 He was later moved to a 55 gallon tank, where he currently lives with a Chinese algae eater, several common goldfish, a clown loach and an older Pictus catfish. 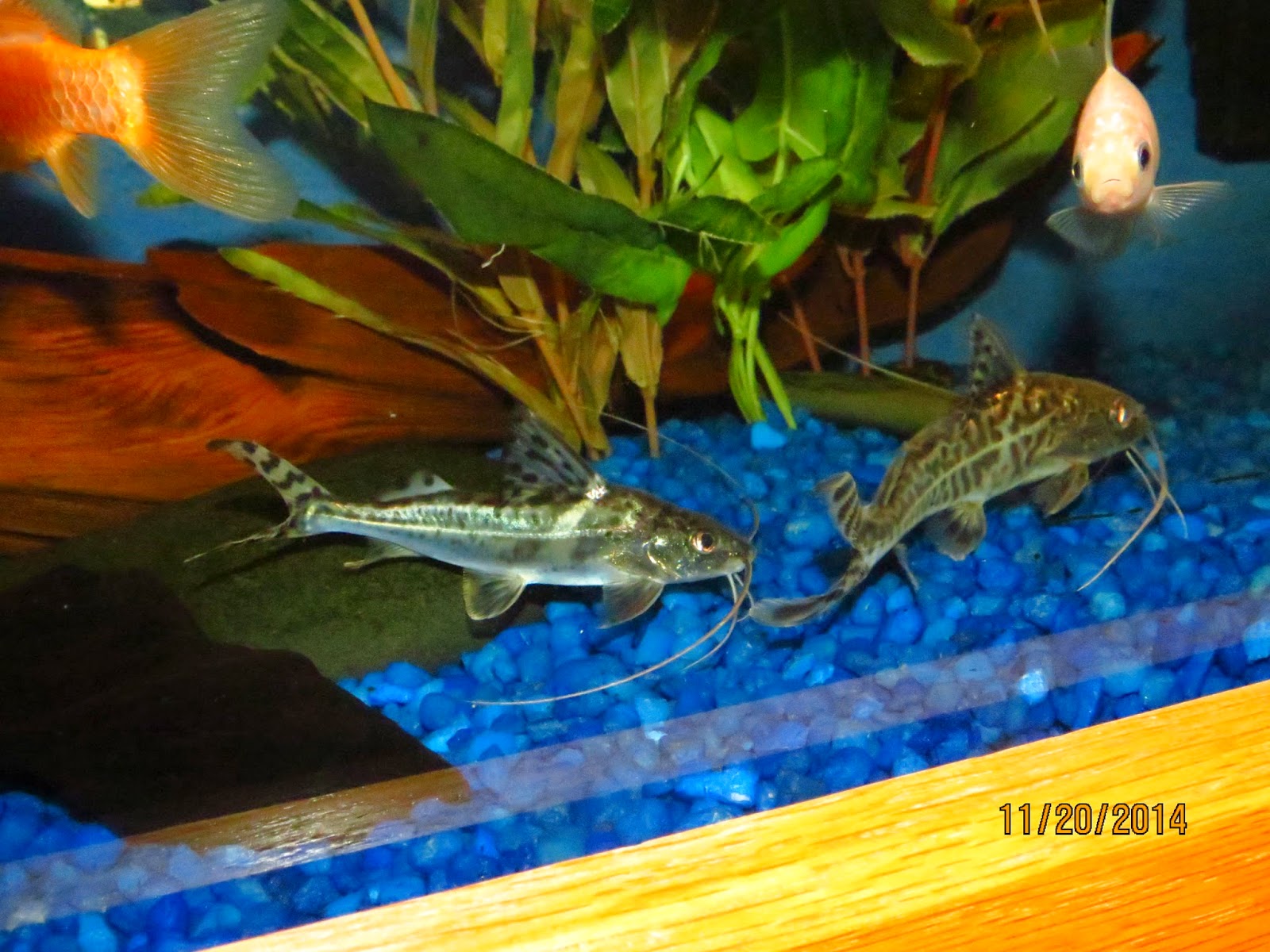 Named after the mutant from the movie, X-Men: Days of Future Past, he is very fast and hard to take good pictures of.
For a while, he would not leave the older Pictus catfish’s, Whiskers, side.
He is often under the driftwood during the day, but at feeding time he goes crazy. 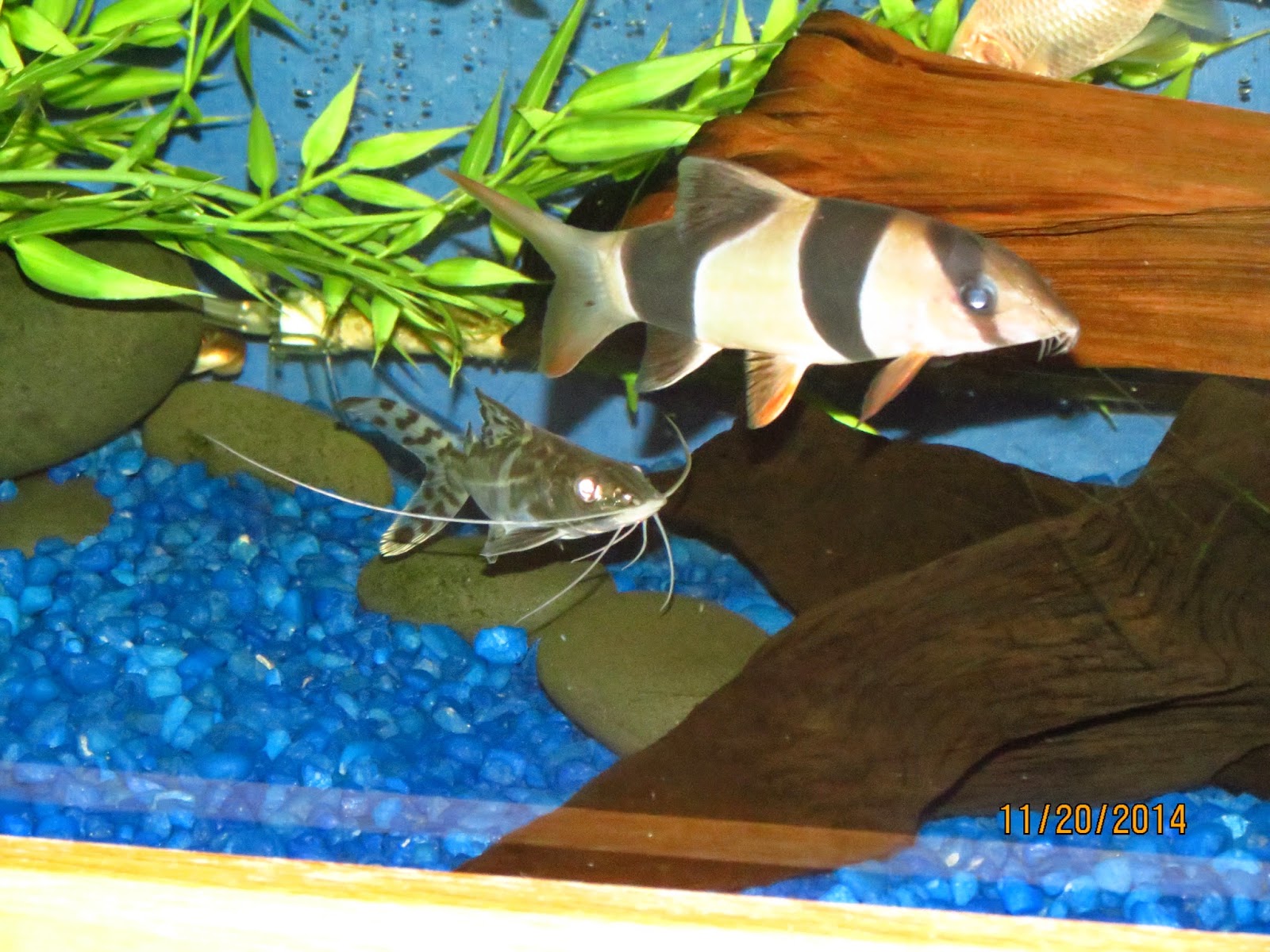 Like all schooling fish, Pictus catfish should never be kept alone.


They grow big fast, so 55 gallons is the minimum tank size.
But as always, the bigger the aquarium the better. 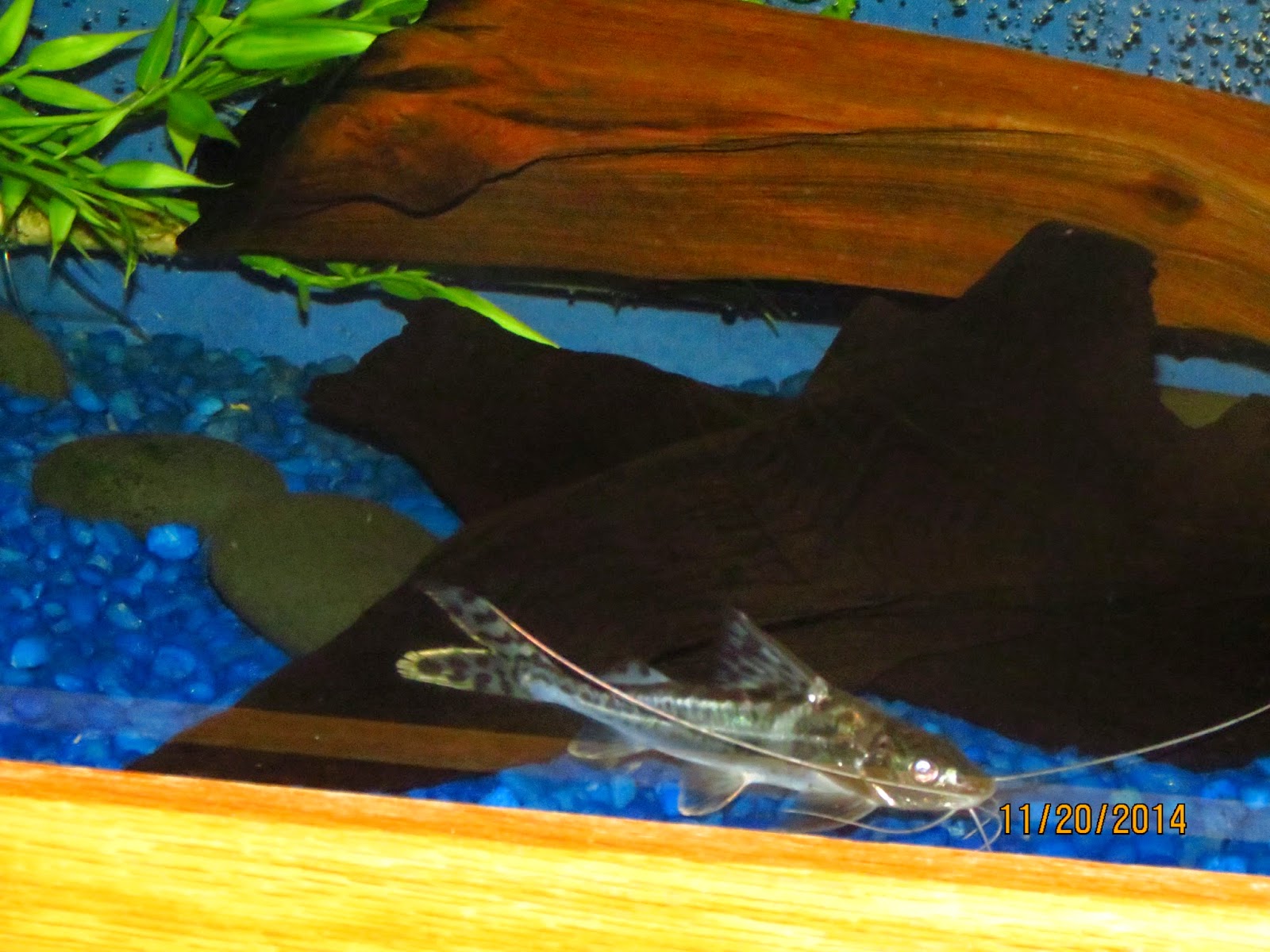 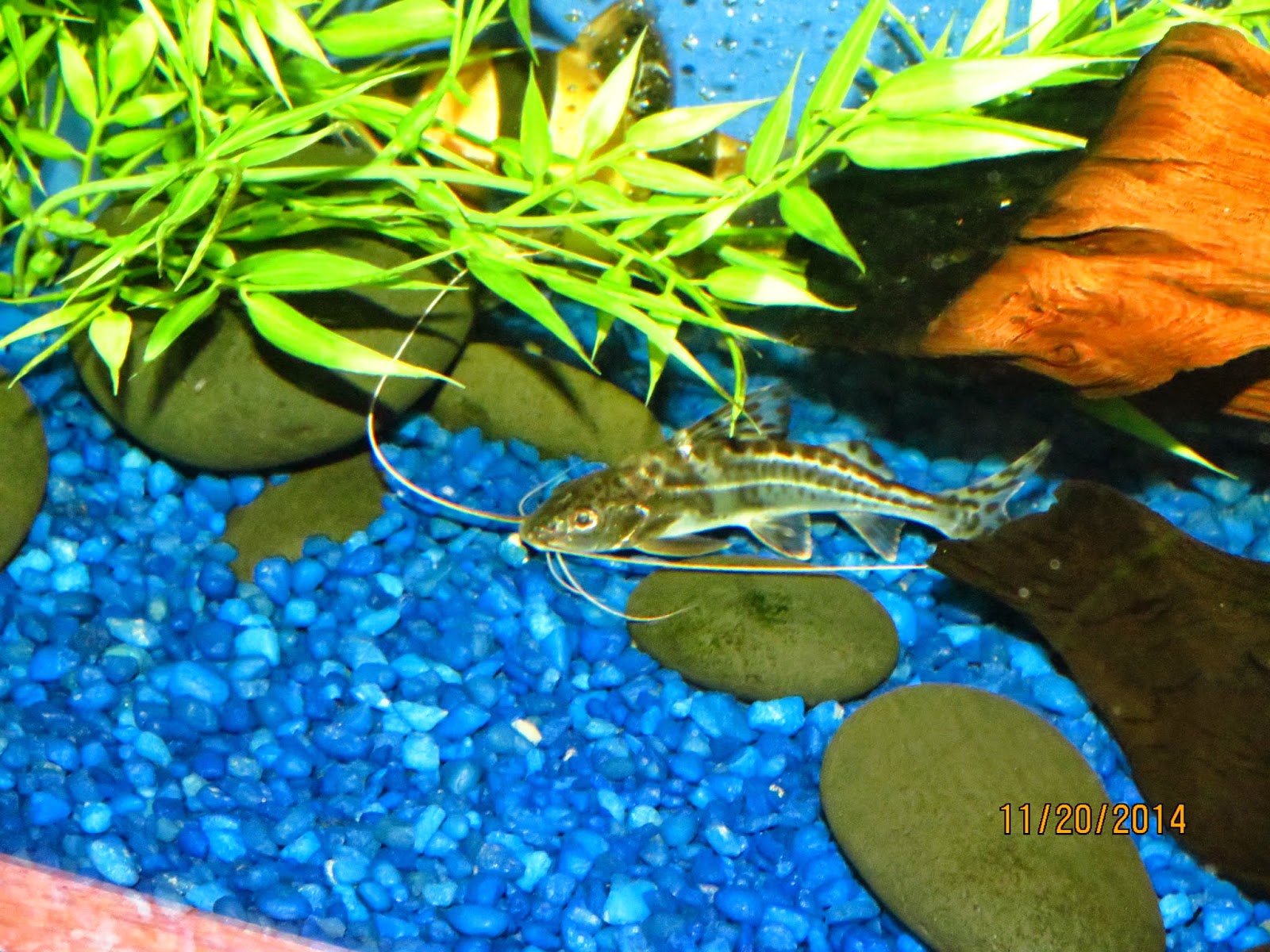