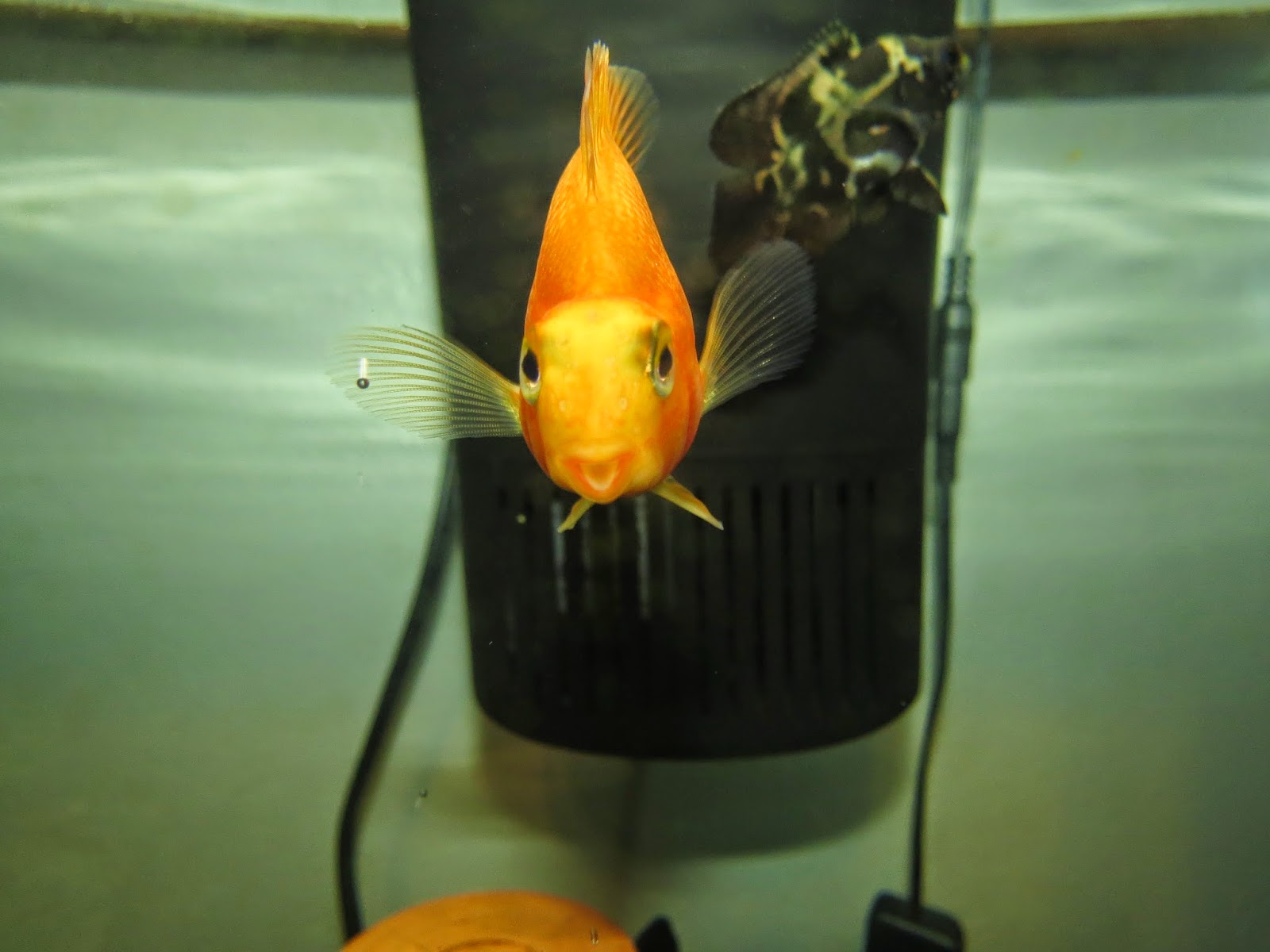 This is Hazard, who was rescues from Wal-Mart on 6-25-14.
He was the only fish left in that tank and thanks to Wal-Mart’s neglect, he had hexamitiasis, also known as hole in the head disease.
With him watching our every move with pleading eyes, it was impossible to leave him to this terrible fate.
Once we brought him home, he quickly became one of everyone’s favorite fishes. 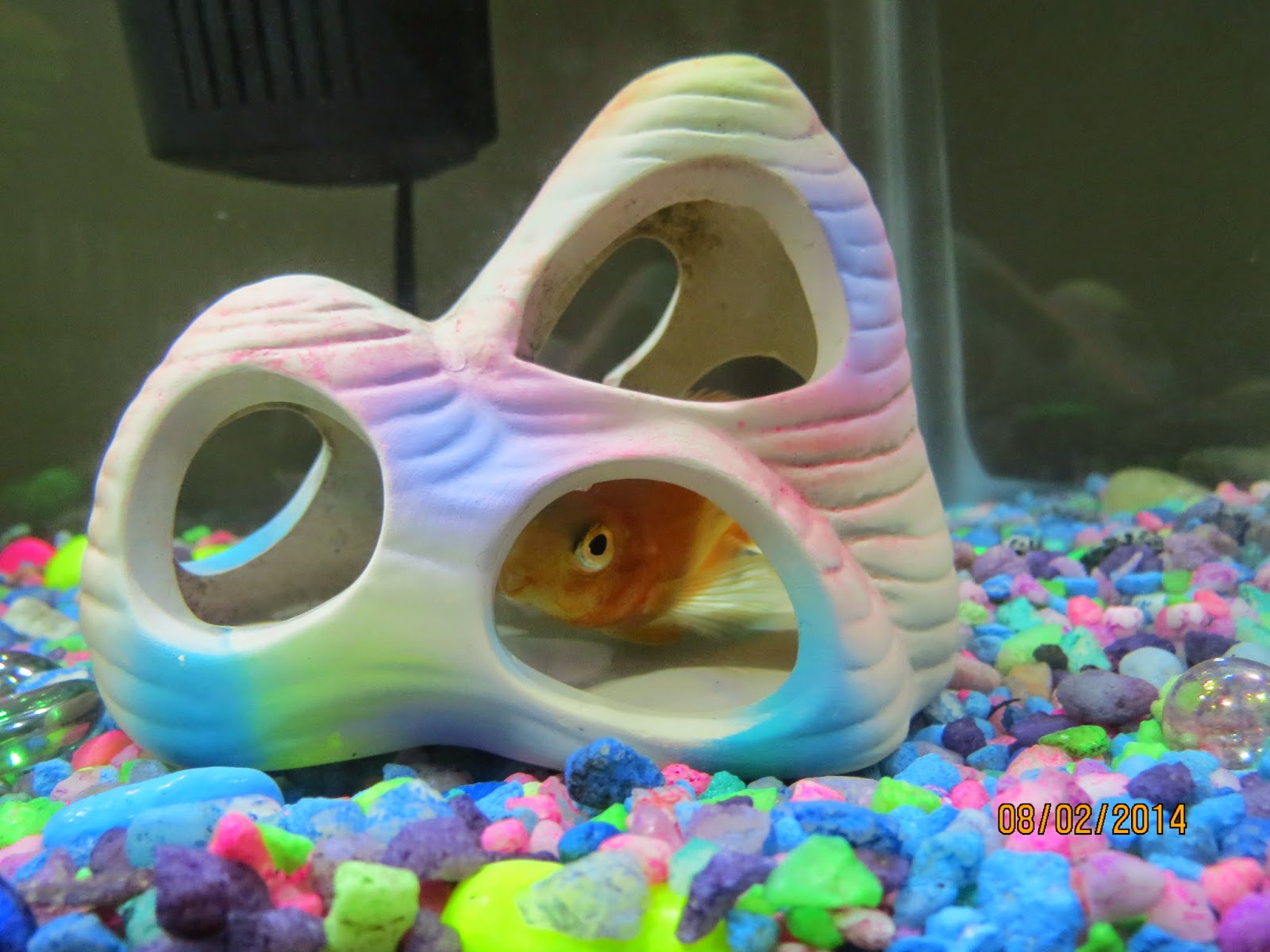 He was shy until he was moved from a ten gallon tank to the twenty gallon.
Now, he swims around and checks everything out, instead of hiding every time a person walks into the room.
He has showed no aggression to any fish, except for goldfish, and currently lives with a Plecostomus, an African Cichlid, two Oscars, an Upside-down Catfish and a Rainbow Shark. 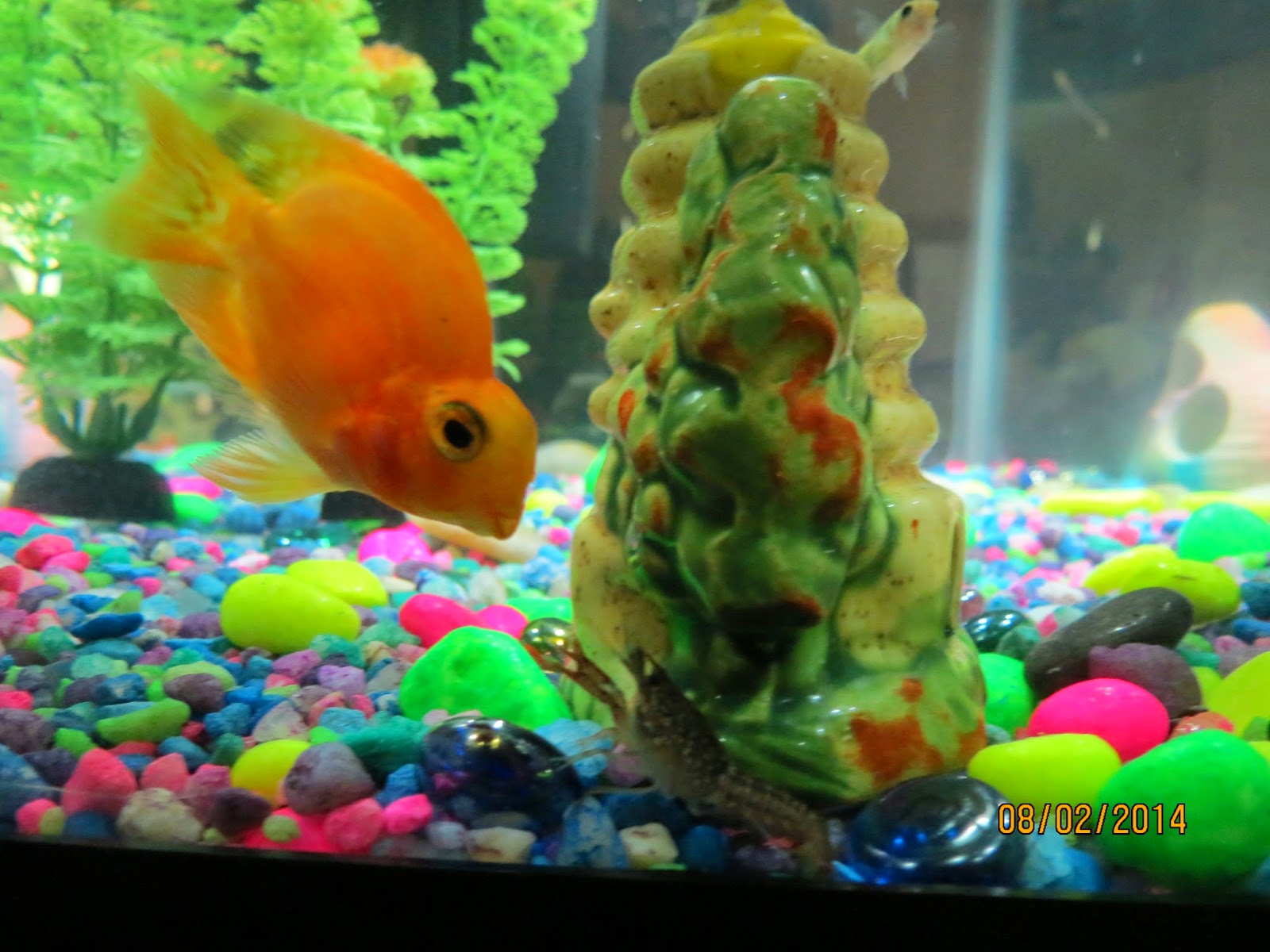 He had tried to eat several crayfish, with no regard for their claws, until we were forced to move them.
He should grow to many times his current size and once he gets bigger, he will be moved to a 55 gallon aquarium.
He is still recovering from his disease and is always happy to see us.
He is my first Cichlid. 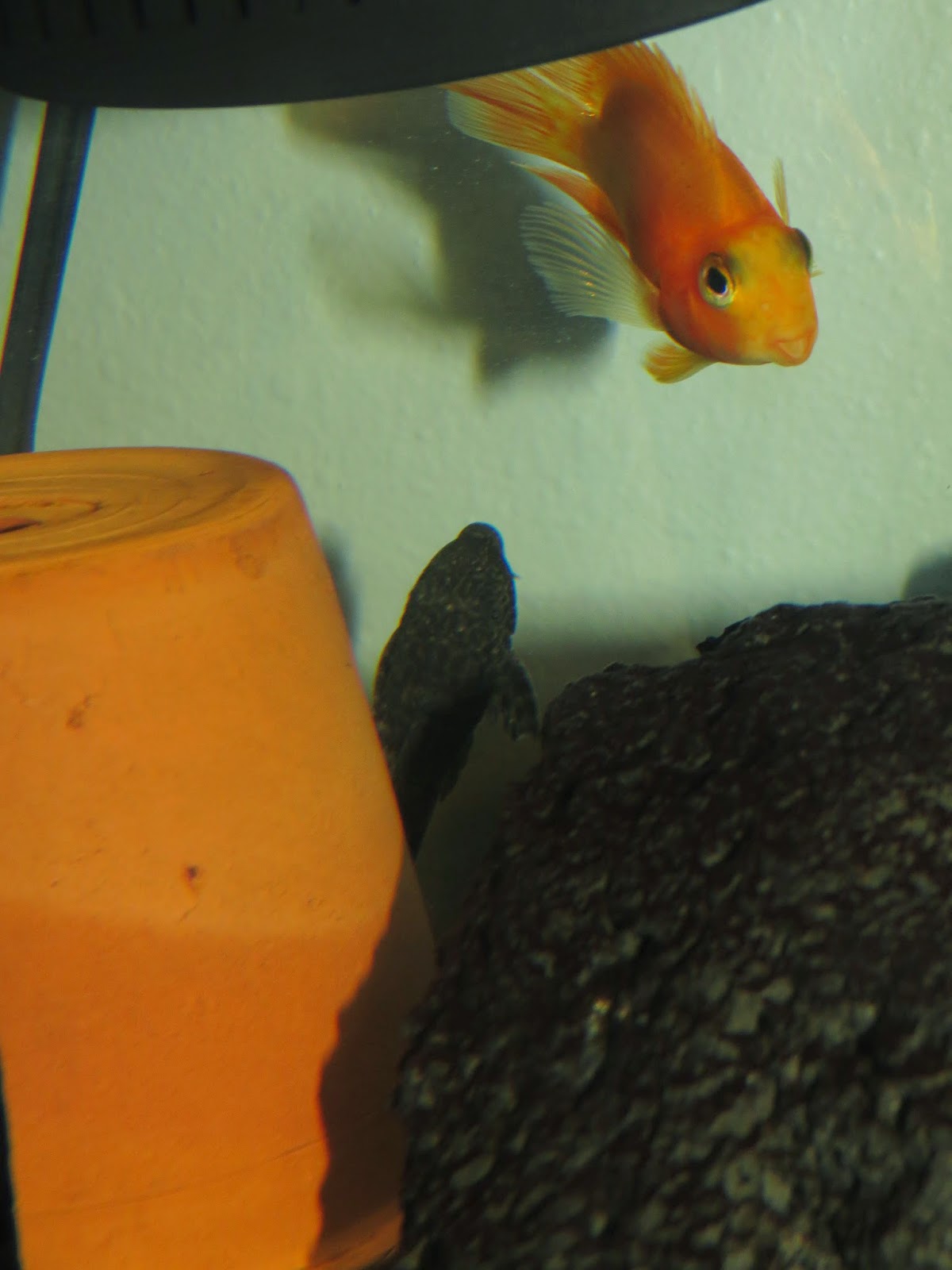 Hazard is a Blood Red Parrot Cichlid.
These fish are a hybrid and have many deformities.
The most notable being their mouth which can not close.
Many are also tattooed, injected with dyes or have had their tails cut off.
Although the results can be pleasing to some people, these practices are cruel and cause the fish much pain and misery.
Buying these fish should be avoided at all times.
Posted by Kristen at Sunday, November 23, 2014