This is my mother's cat. 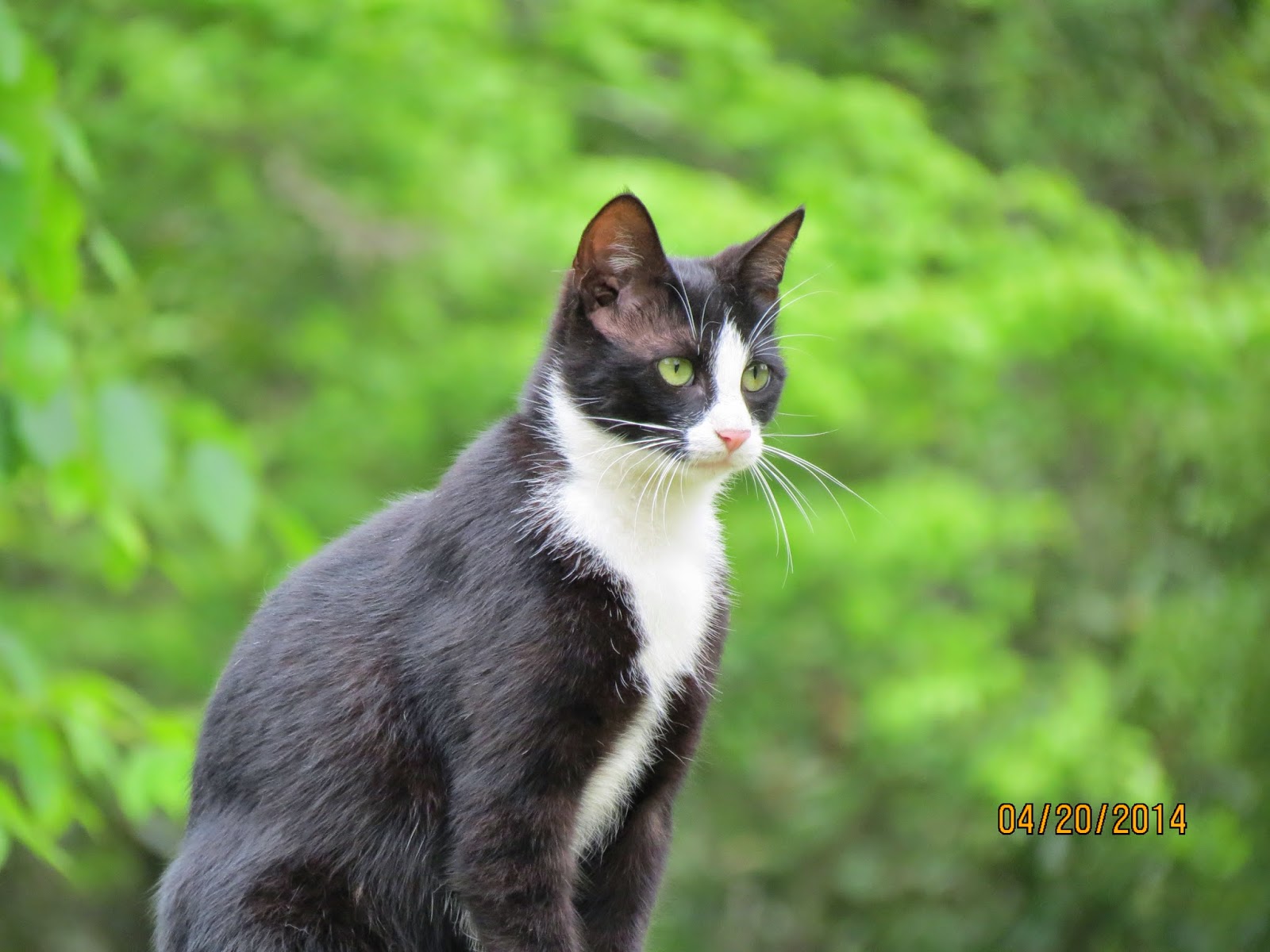 On 11-26-13, in the New Leaf parking lot, Swifty found us.
It was a cold and rainy day, and we were heading towards the car when we heard someone meowing. One of my sisters spotted the black and white cat hiding under a truck.
He walked right up to us when we neared him and never tried to get away.
He was skinny and one of his ears was scratched.
Once we got into the car, he eat all the bread and cheese puffs that we gave him.
We took him into Sam's Club store, hiding him under my jacket.
Although he never complained, his long tail kept hanging out and my sisters had to warn me when people came near.
We brought him home and tried to find his family by posting him on Craigslist and hanging up a flyer in New Leaf, but with no success.
He had no microchip or collar, nor was he neutered.
We know that he was under a year of age because he still had at least one baby tooth.
We named him Swifty after Swiftpaw, the ThunderClan apprentice from the Warriors books. 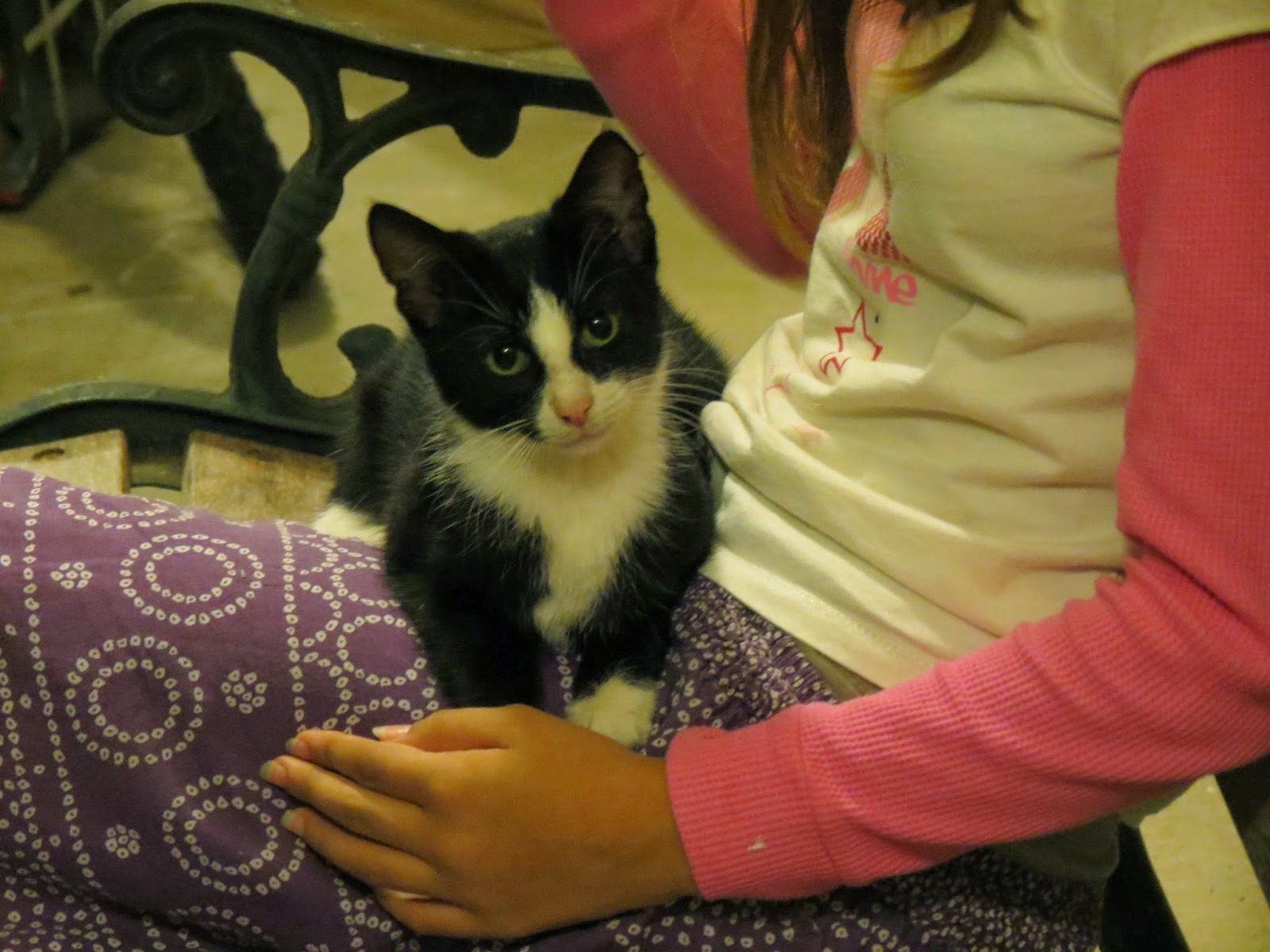 On 1-27-14, we took him to the vet to have him neutered.
Now, although he is unable to contribute to the growing number of unwanted cats who are killed in shelters every day, his personally has not changed in the least. 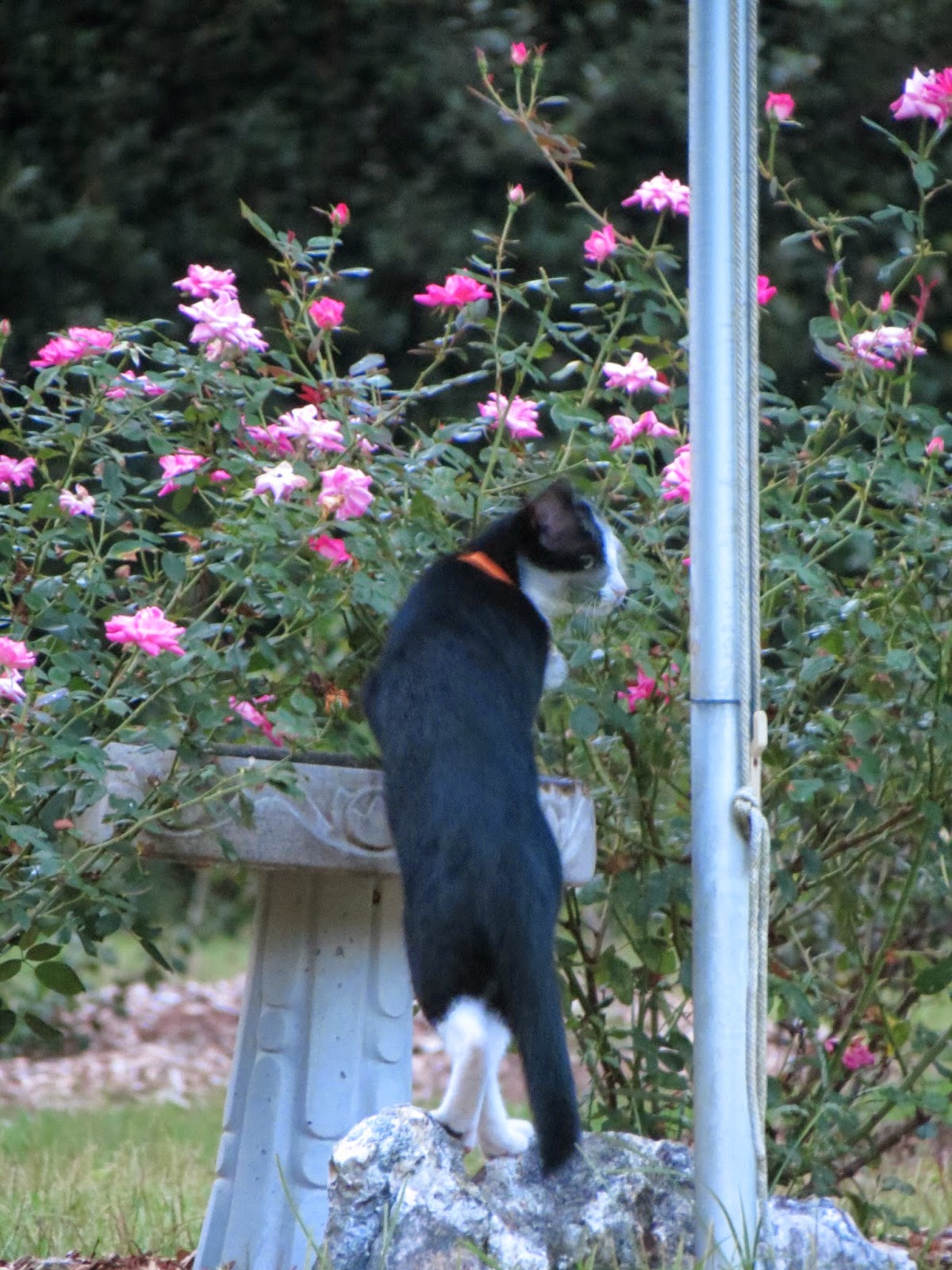 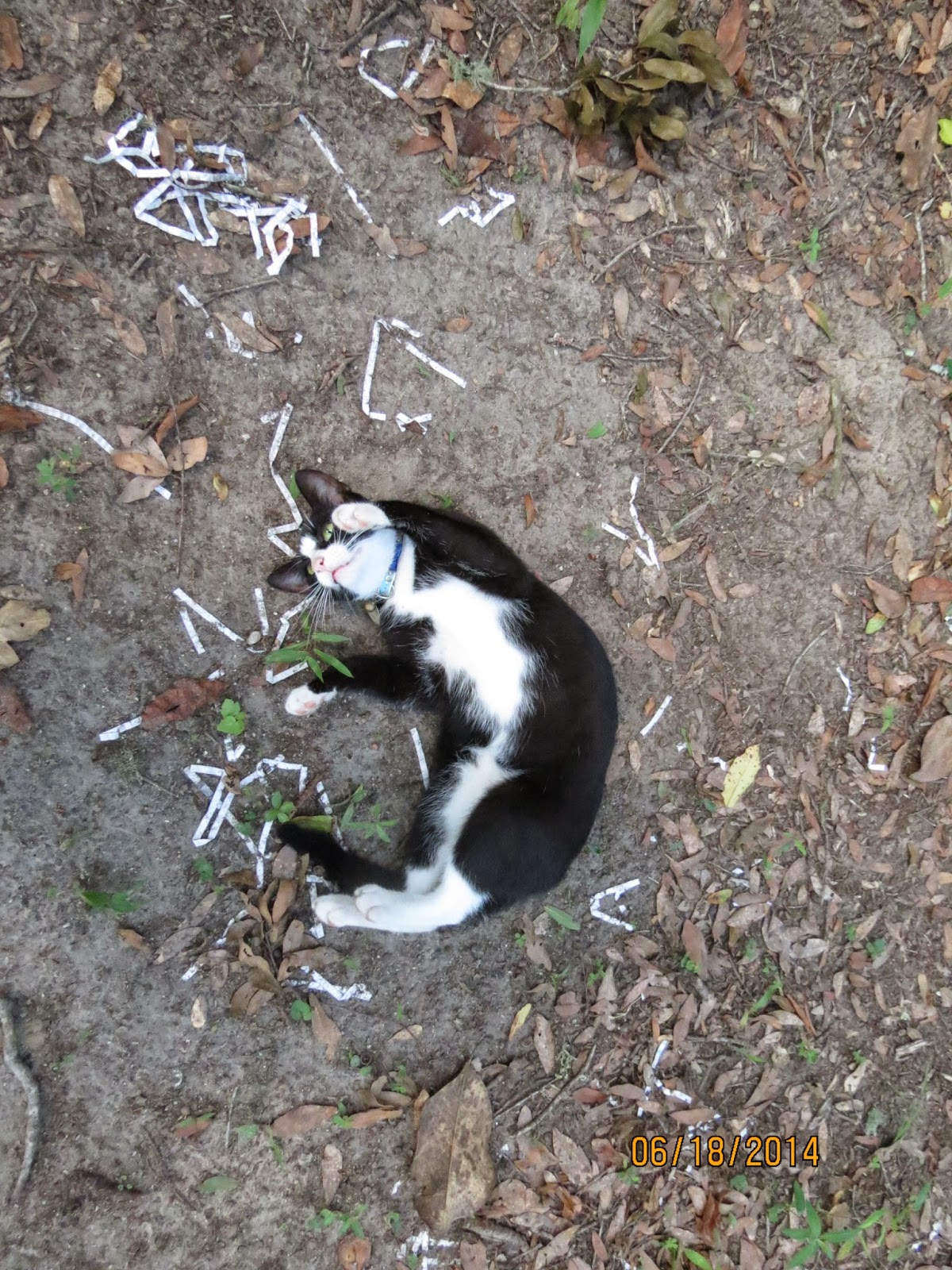 On 5-22-14, he was bitten by an unknown venomous snake, which caused his paw and leg to swell to many times it's normal size.
As soon as we saw that he was bitten, we wrapped charcoal around his paw with gauze.
Several days later he was as good as new.
He has learned a lesson and is now afraid of most snakes. 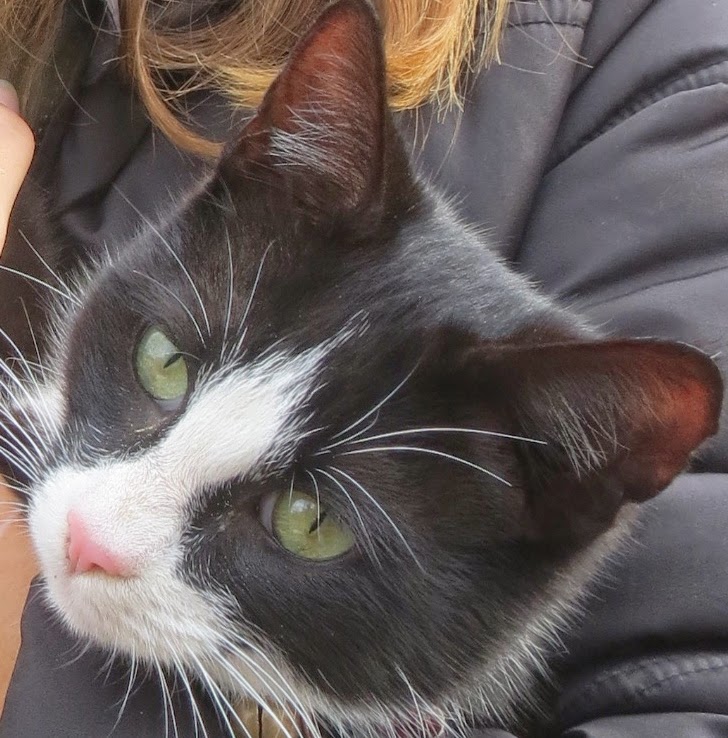 He often visited the neighbor's cat, Slinky also known by us as Lynx, until she and her family moved. 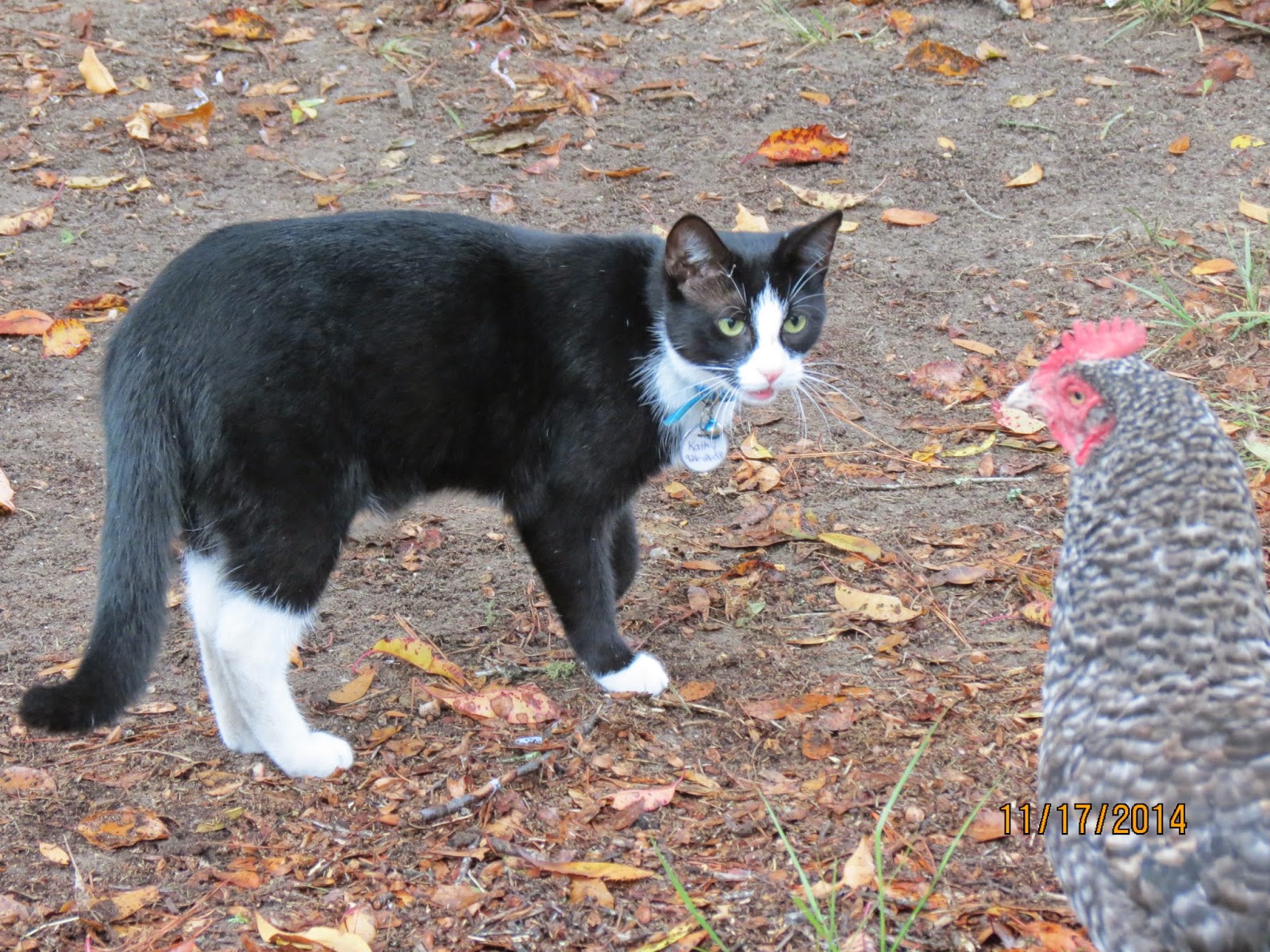 He is very active and playful, chasing almost anything that moves including chickens.
We have had to rescue lizards, insects, a couple little snakes, a mole and Piglet the vole from him before. 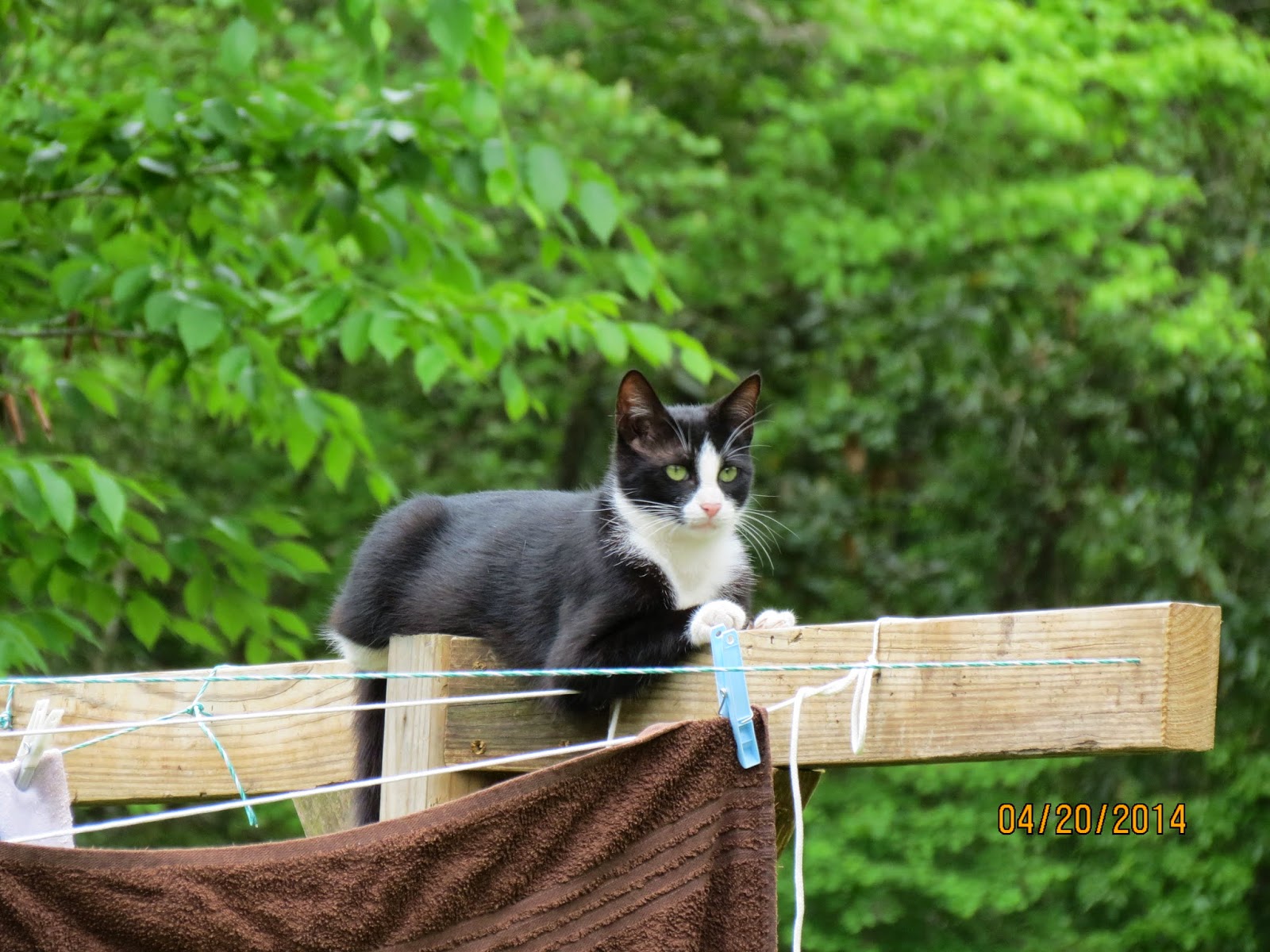 He has lost his collar (with a tag and bell) many times.
He is somewhat picky, but loves bread.

My mother loves him very much. 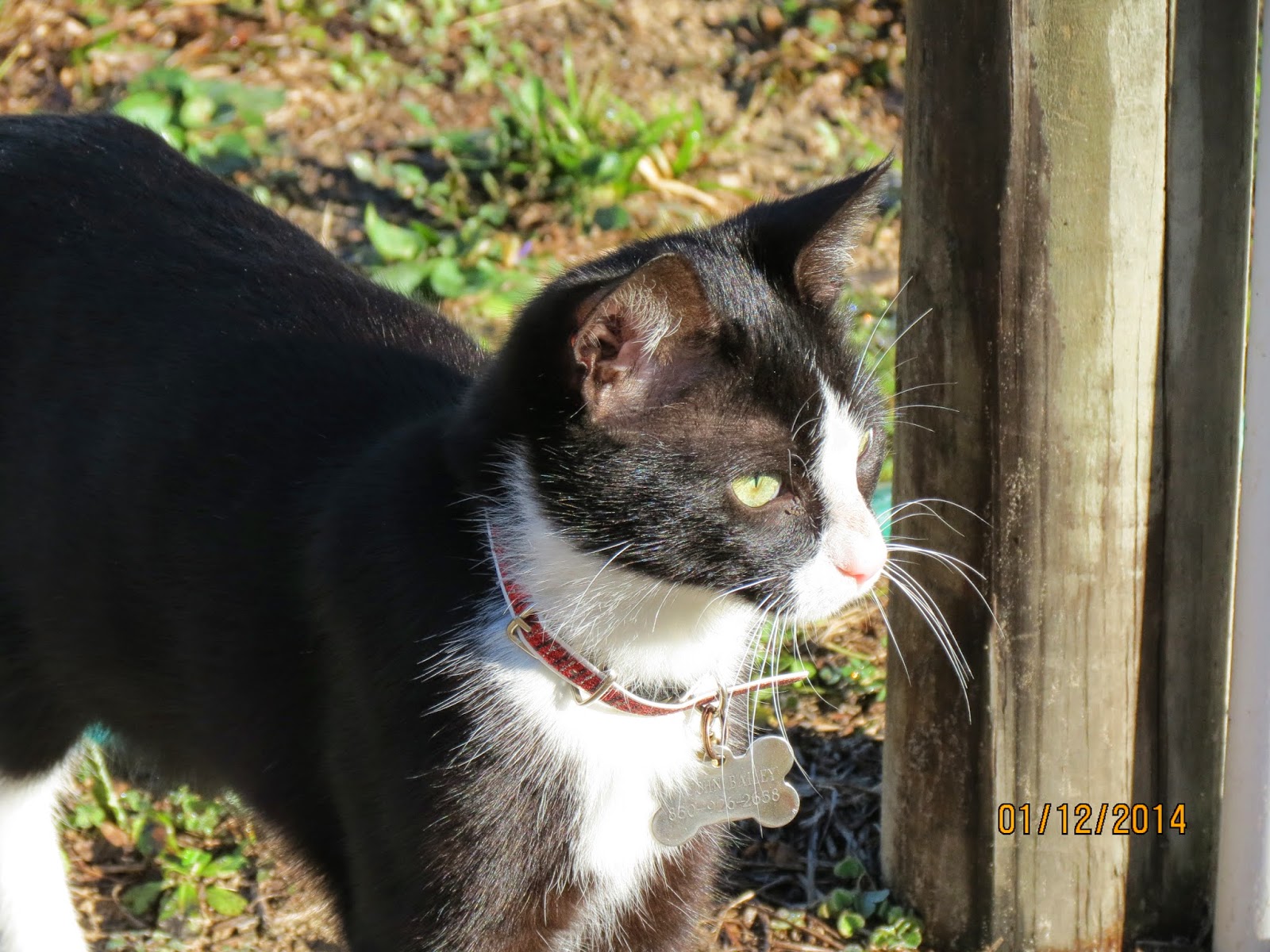 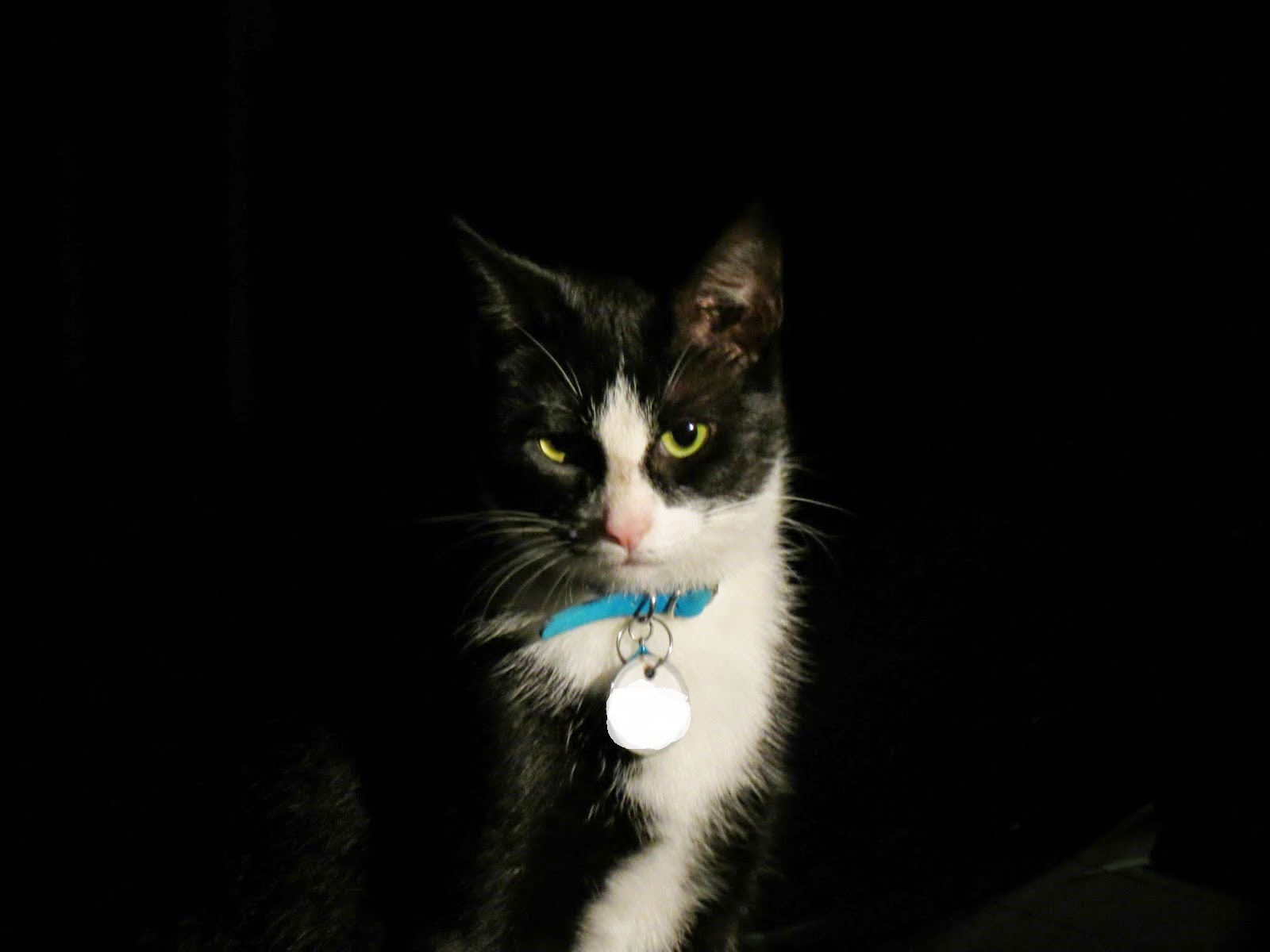 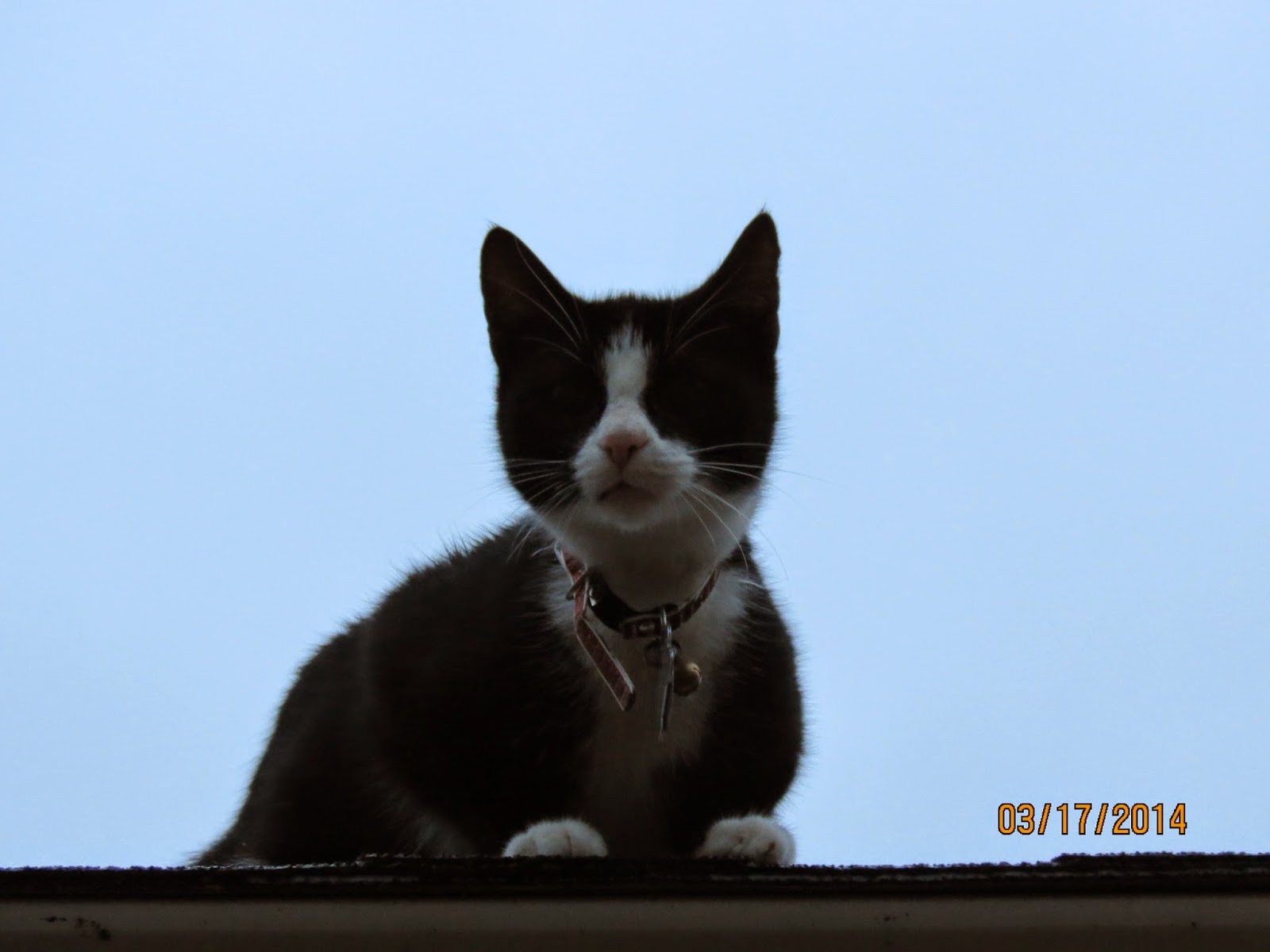 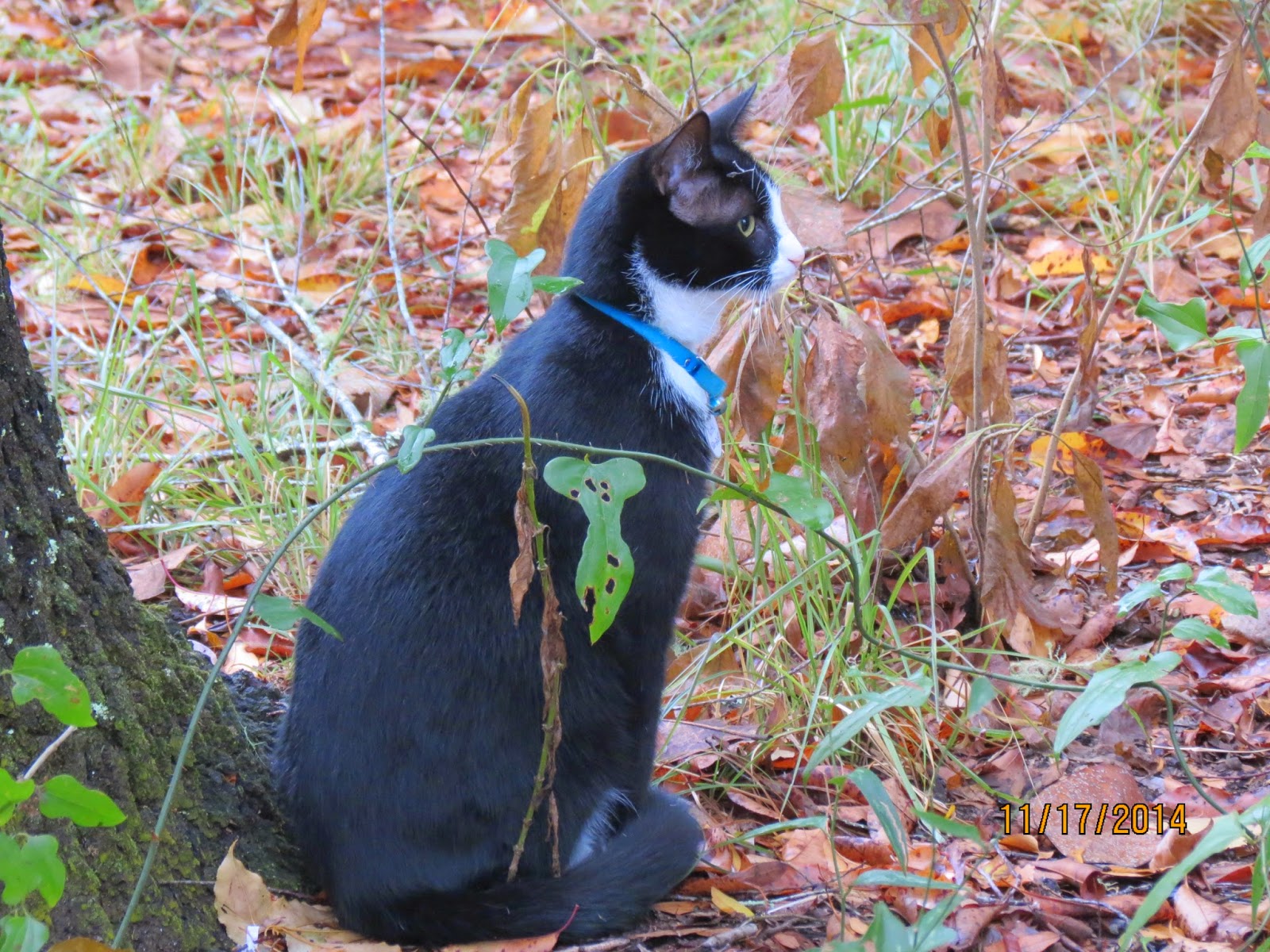 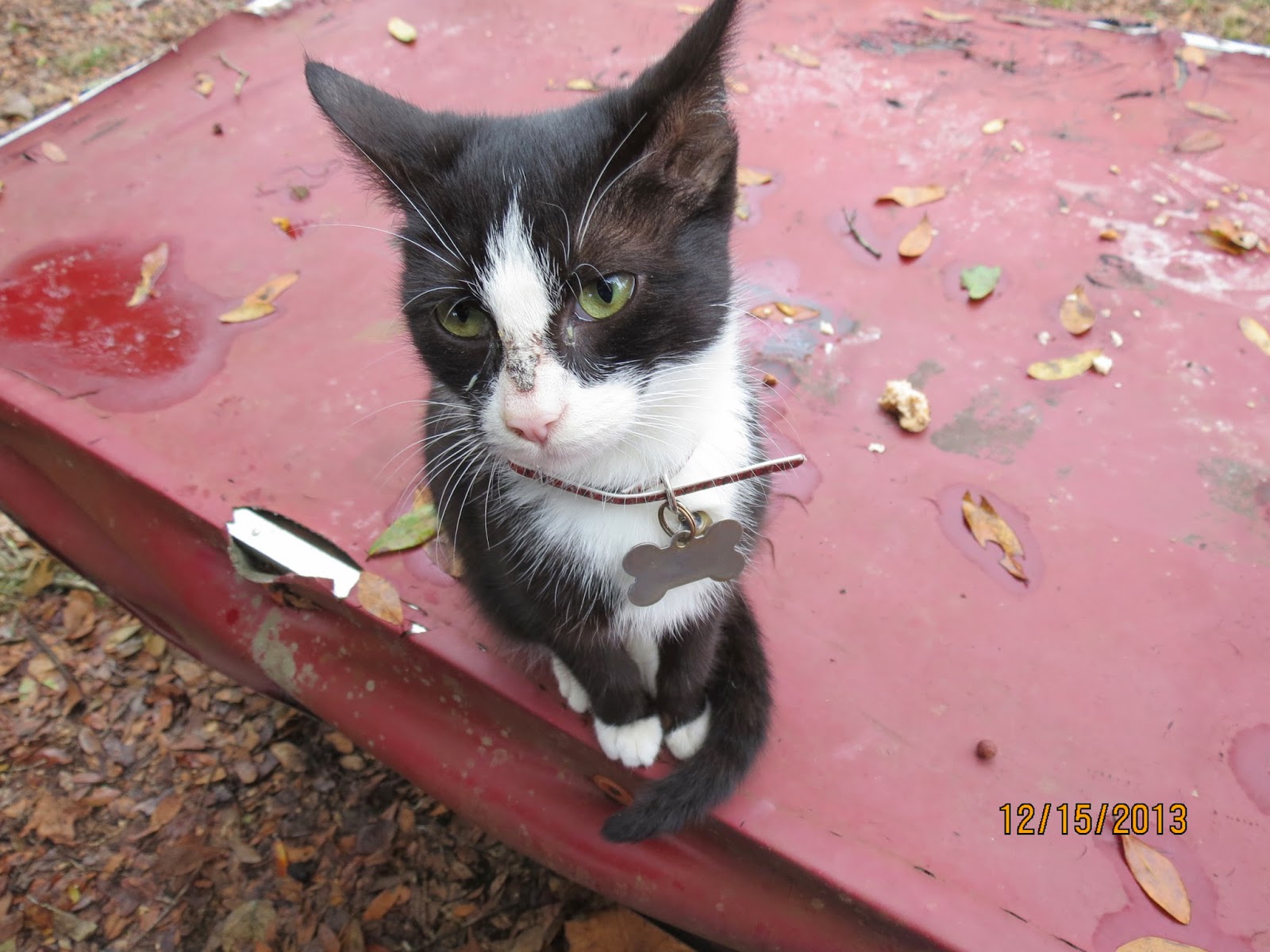 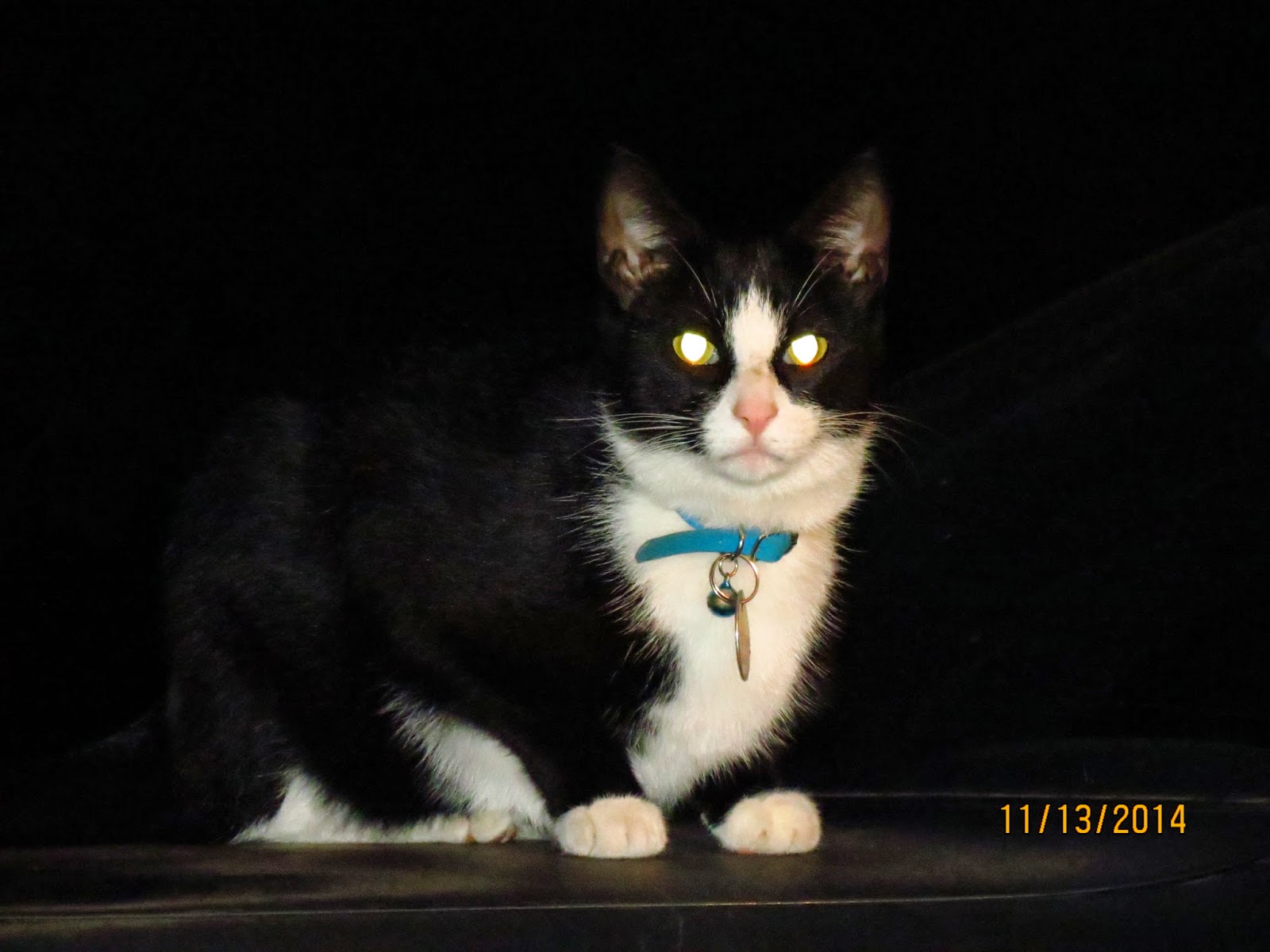