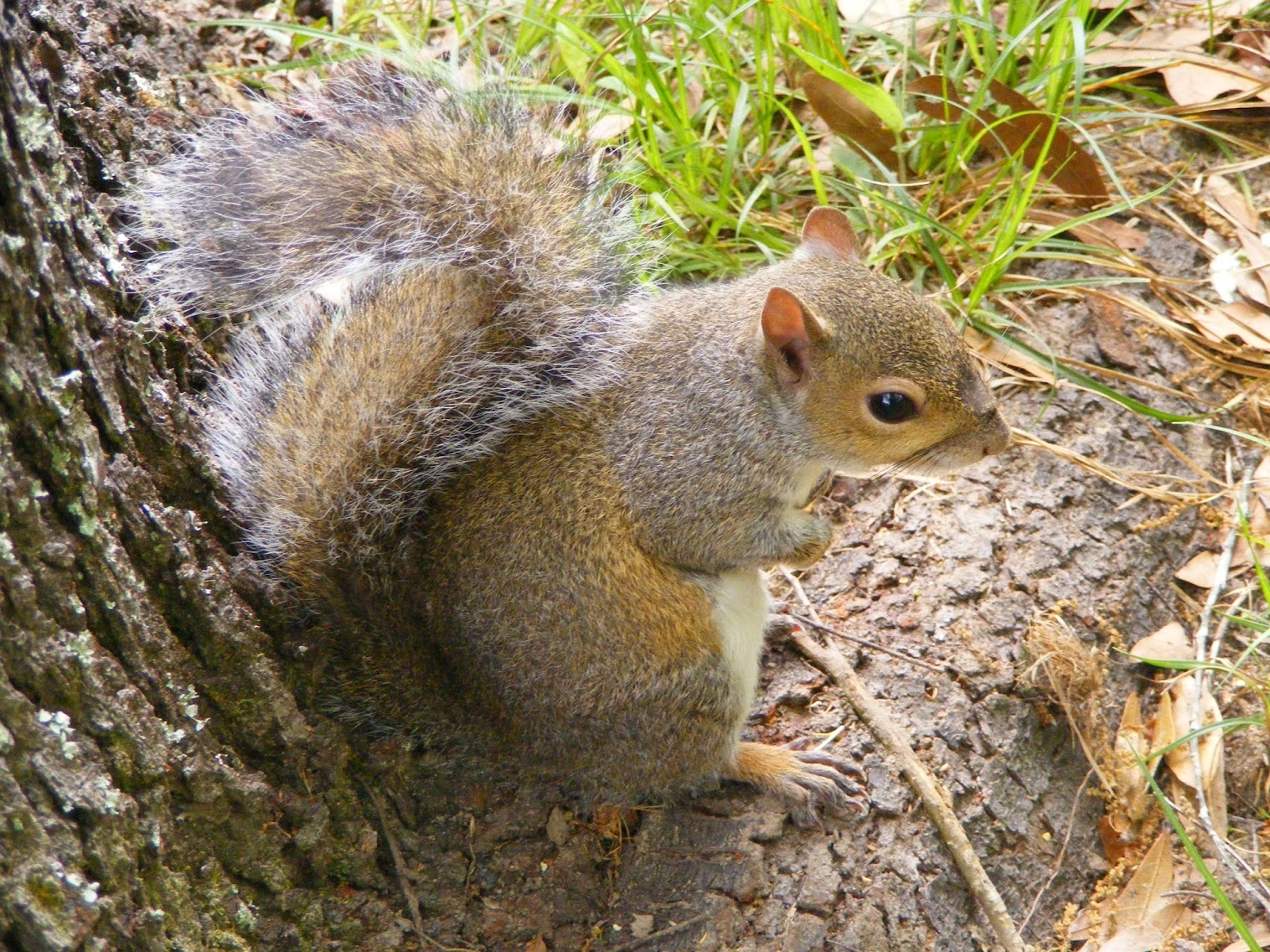 Raising a squirrel is a lot of fun, but also a lot of work.
In July of 2010, two tiny squirrels fell from their nest.
Tragically, one was caught by a dog and died soon after from her injuries.
However, my mom got to the other one in time.
Peewee must have been only a couple of days old.
He was completely furless and his eyes were closed. 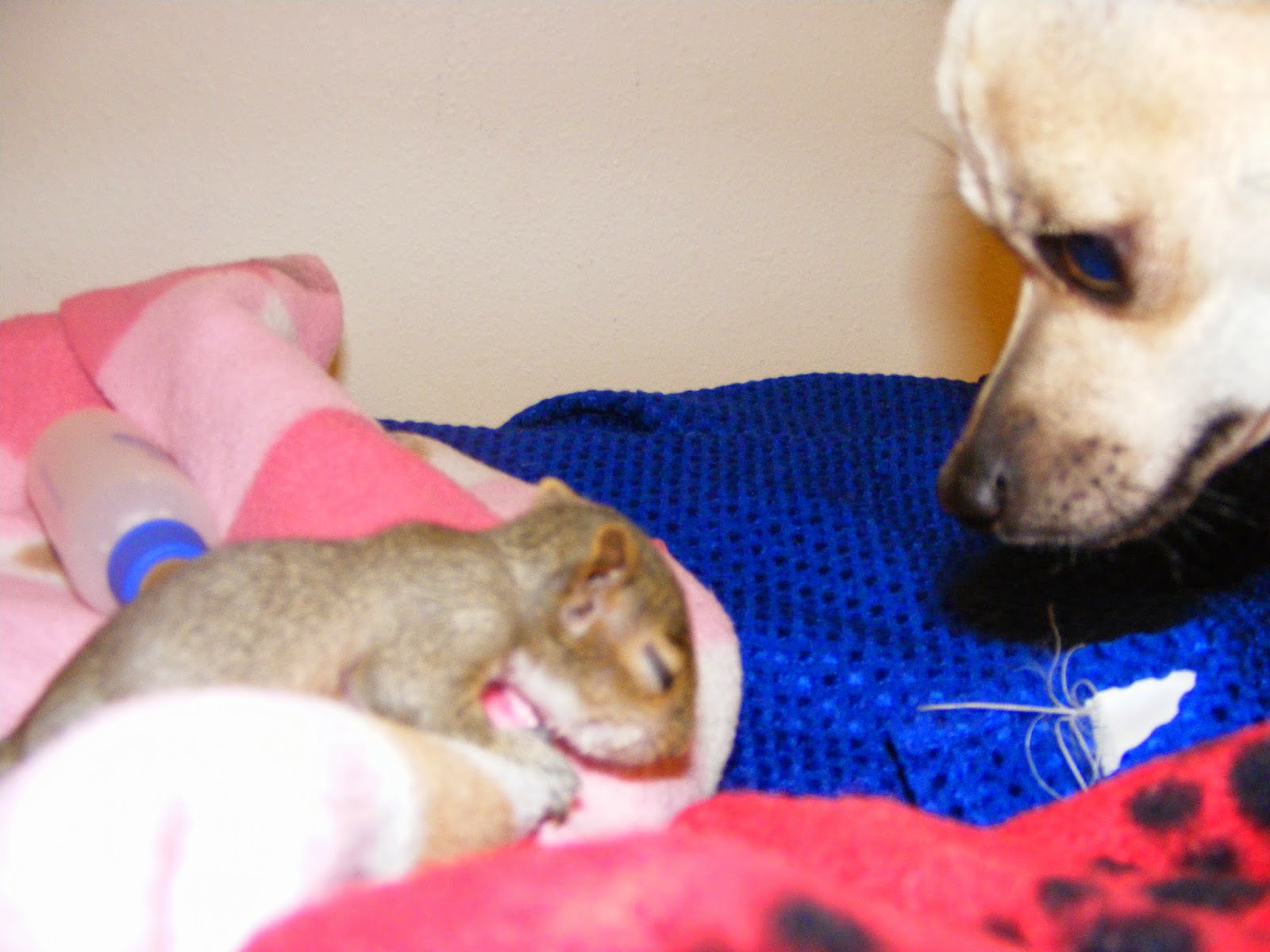 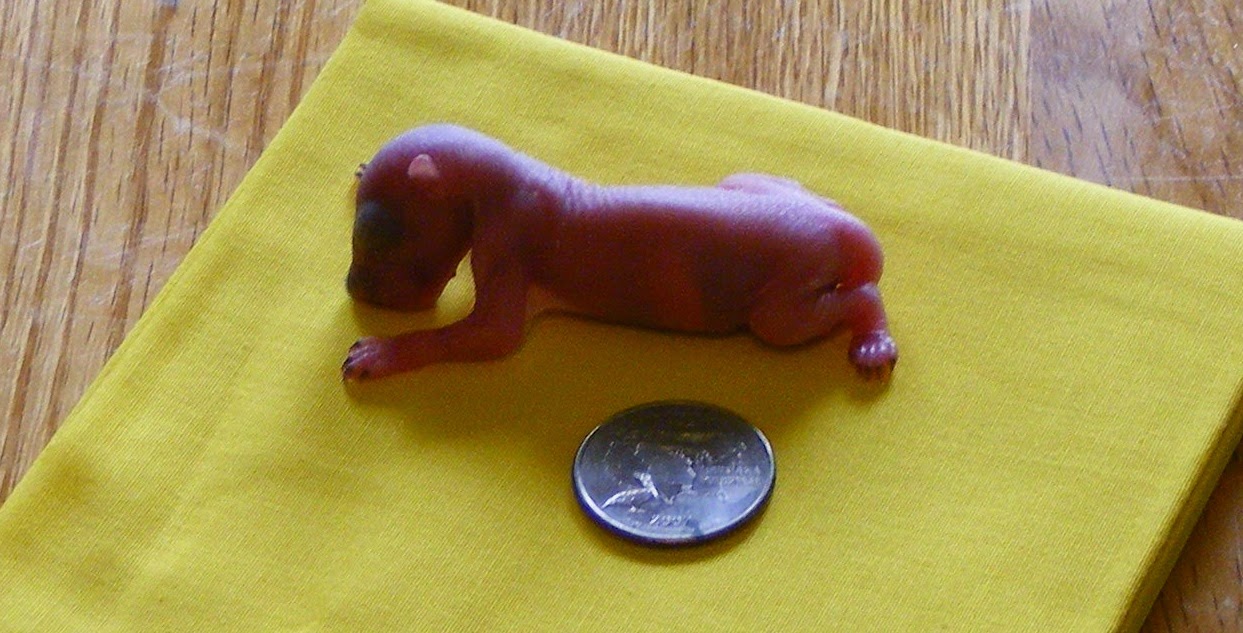 We had to feed him formula with an eye dropper to begin with, then switched to a puppy bottle when he grew big enough.
He had many nicknames, including Mammal, Gruntum, and His Majesty Whimperish. 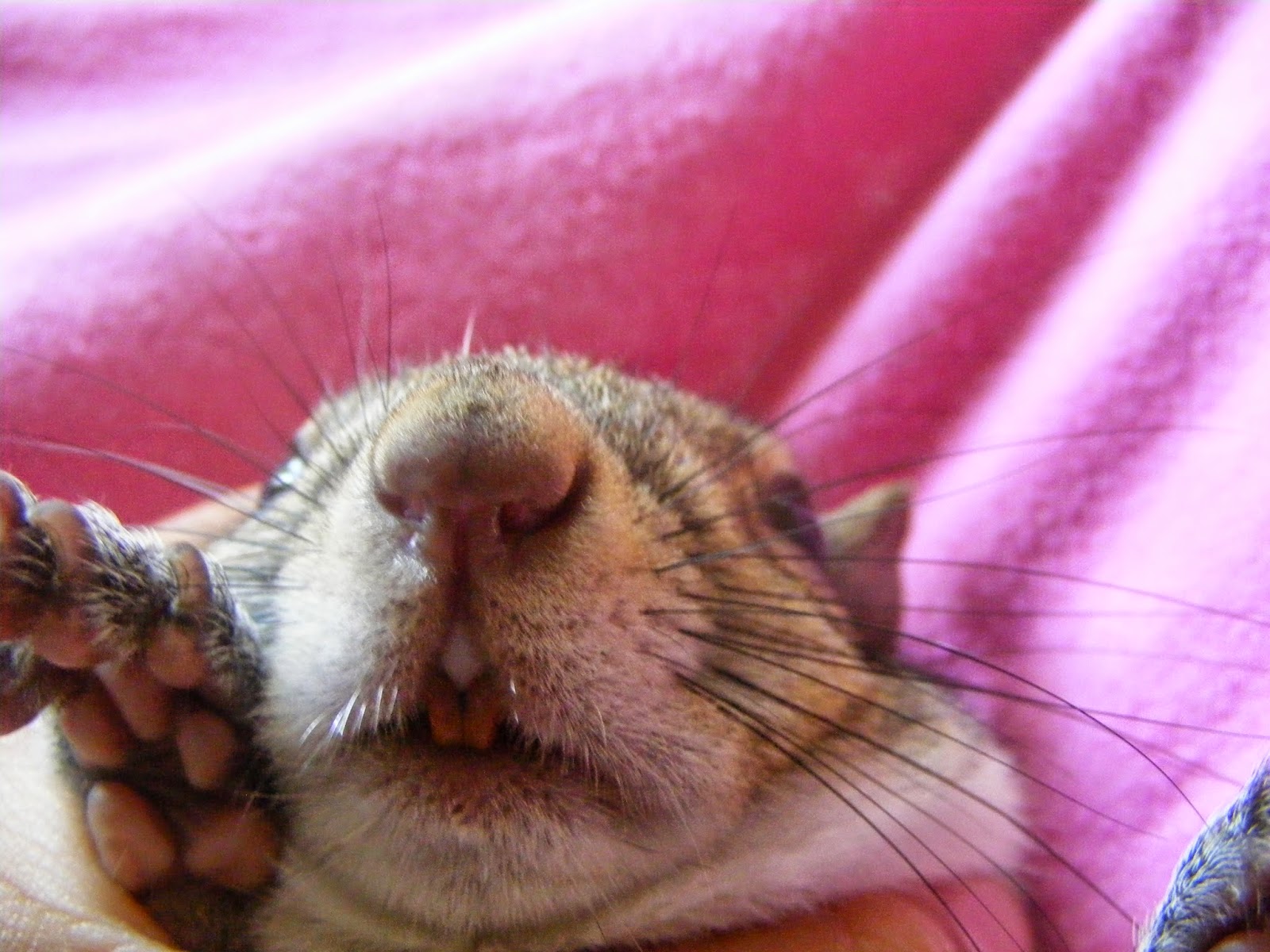 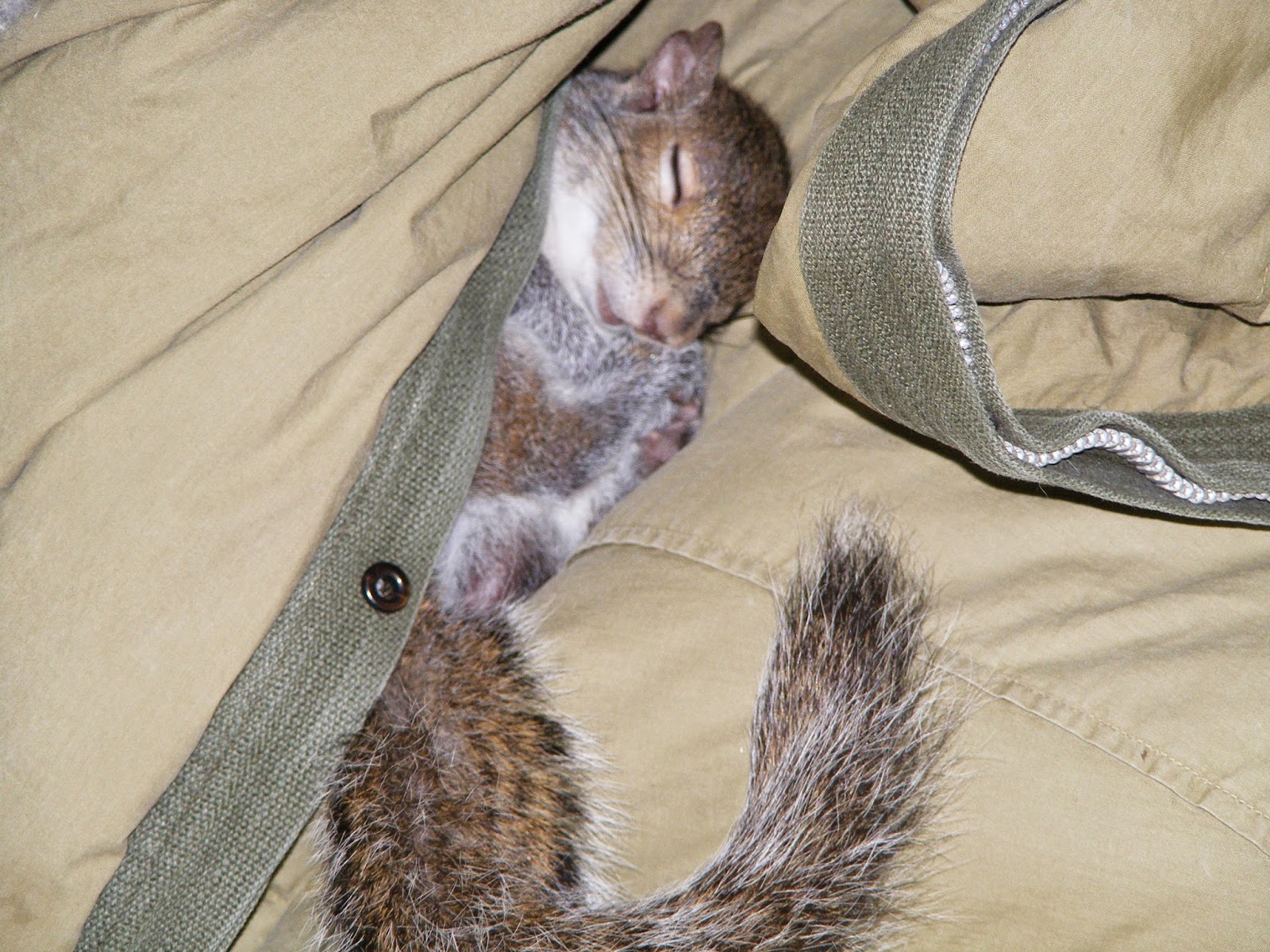 He loved to hide food everywhere, and even now - five years later - we still find pieces of dog food hidden in boxes and fake plants. He spent a lot of time playing. He would roll around on the floor with dog toys and bounce on them. He was a very funny little guy. 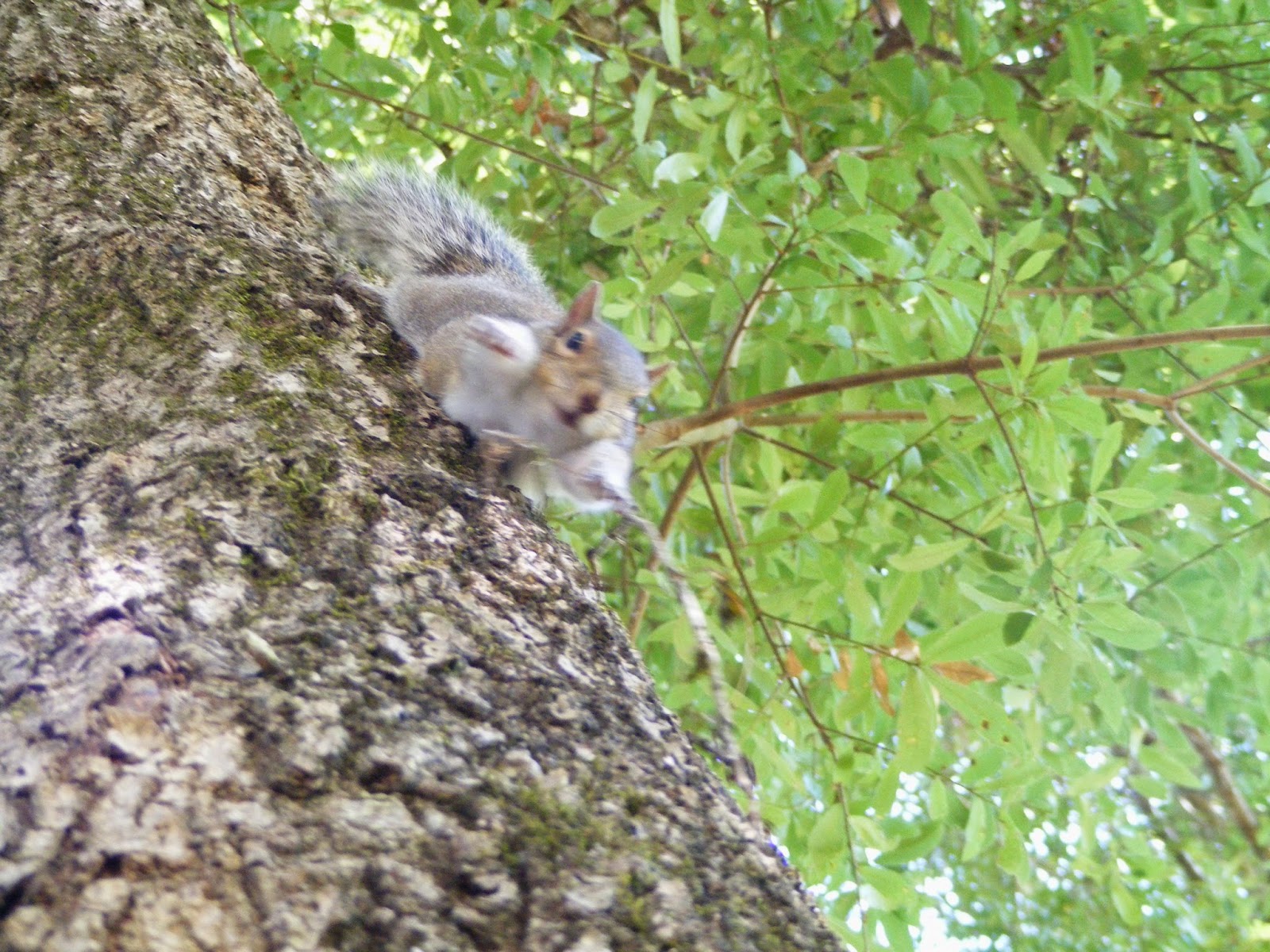 We kept him inside through the winter, but once spring came we knew we had to set him free.
In April, Peewee ran up a tree for the first time.
He seemed so happy as he jumped from limb to limb and ran along the branches.
I thought that he was gone forever. But that evening, he came all the way to the other side of the yard to visit us. 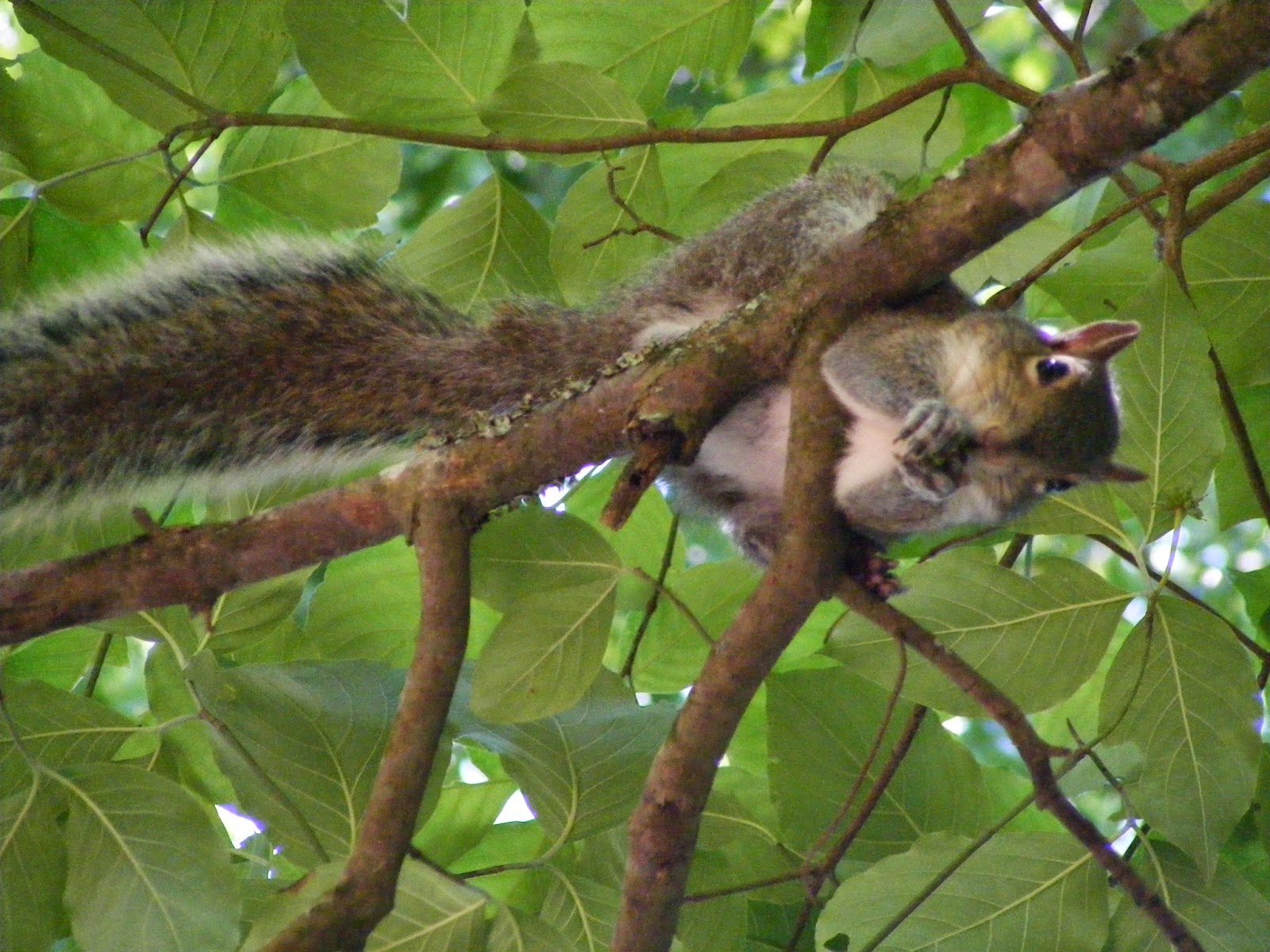 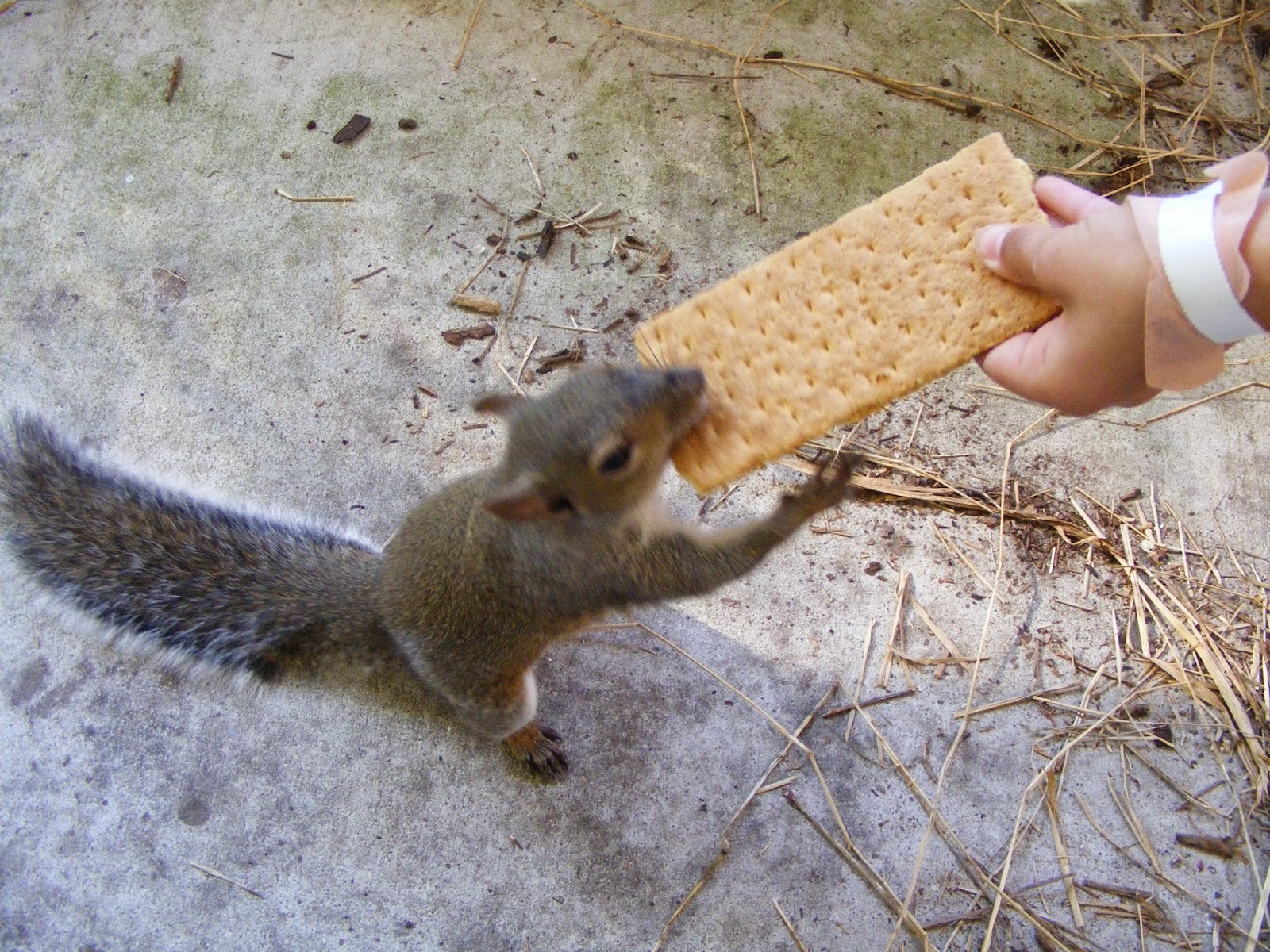 As the days passed, Peewee continued to hang around. Literally!
Often, we would hear something hit the window and look up to see him clinging to the screen, waiting for us to open the door. He would come bouncing inside, grab whatever food was available and after eating what he wanted, would take the rest outside to bury.
He didn't seem to realize that graham crackers don't last very long in the dirt. 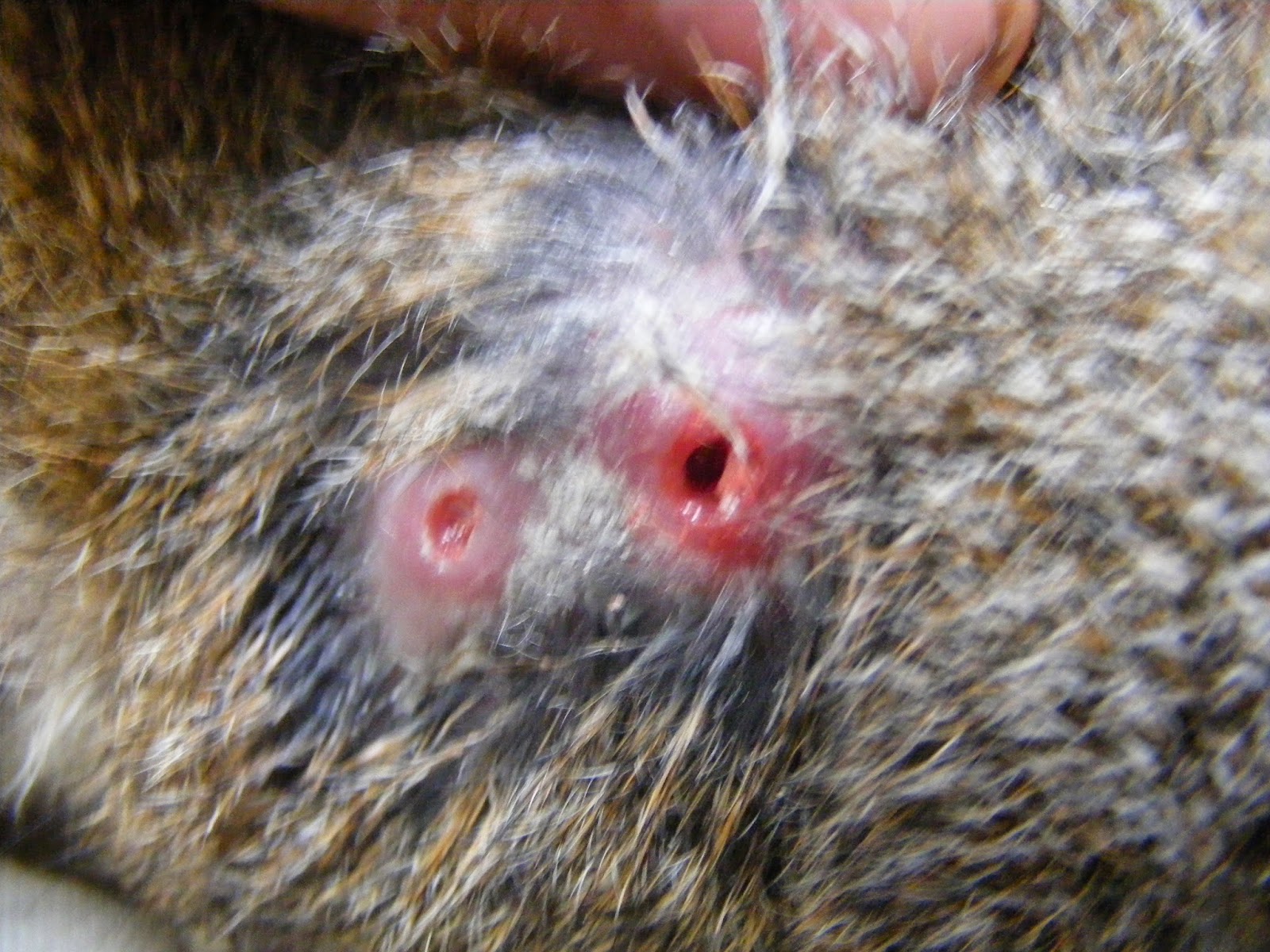 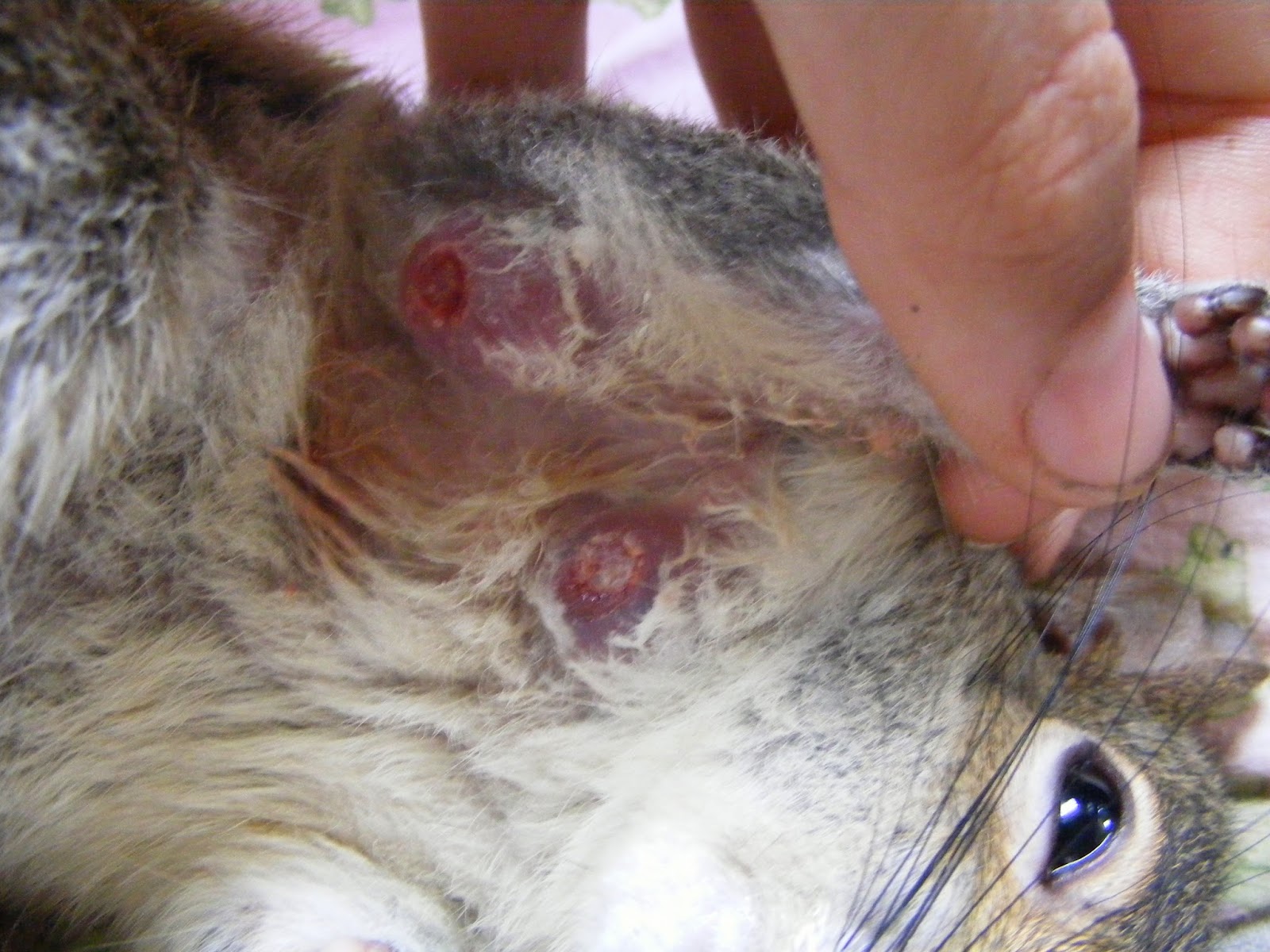 I love all animals, bugs included, but I can't stand when larvae are feeding on someone who is still alive. I just really, really hate it. But we had to remove several bot fly larvae from Peewee.
He seemed to know that we were helping him and acted very good. Soon he healed up. 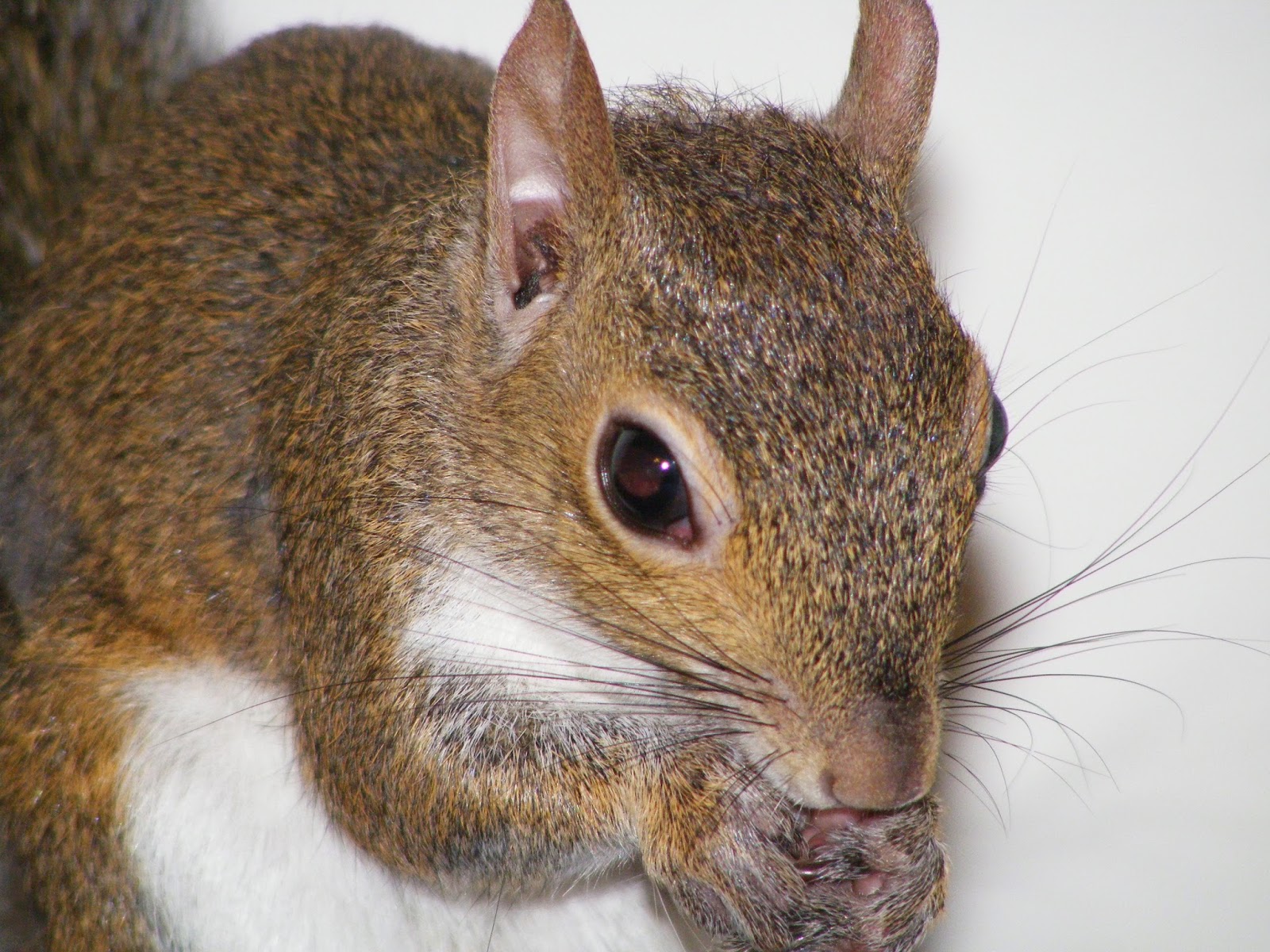 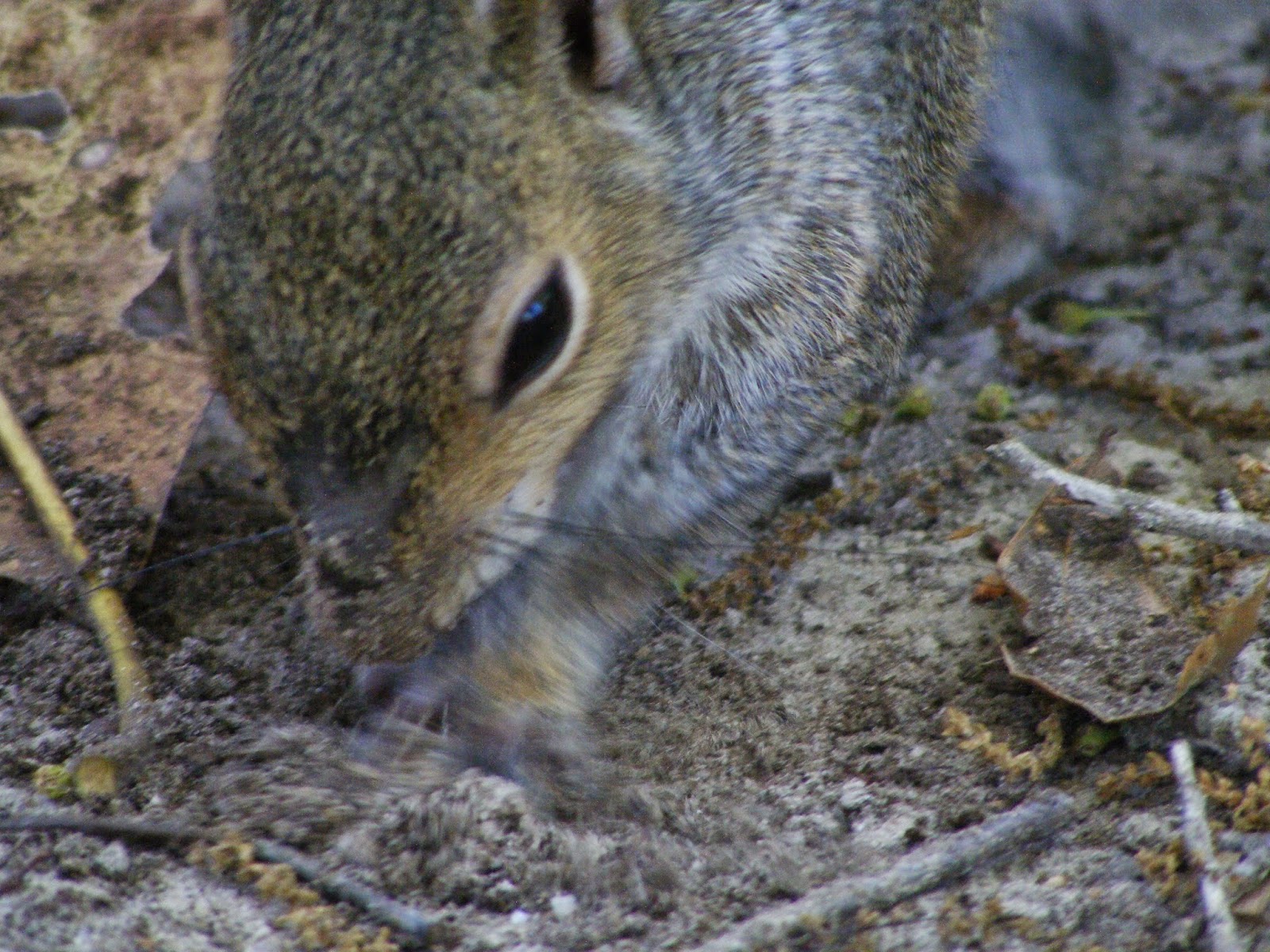 We watched as he built a nest in a oak tree, chased other squirrels away and went about his business. We taught him that when someone clicked their tongue, he would get a treat.
So he always came to us when we did that. 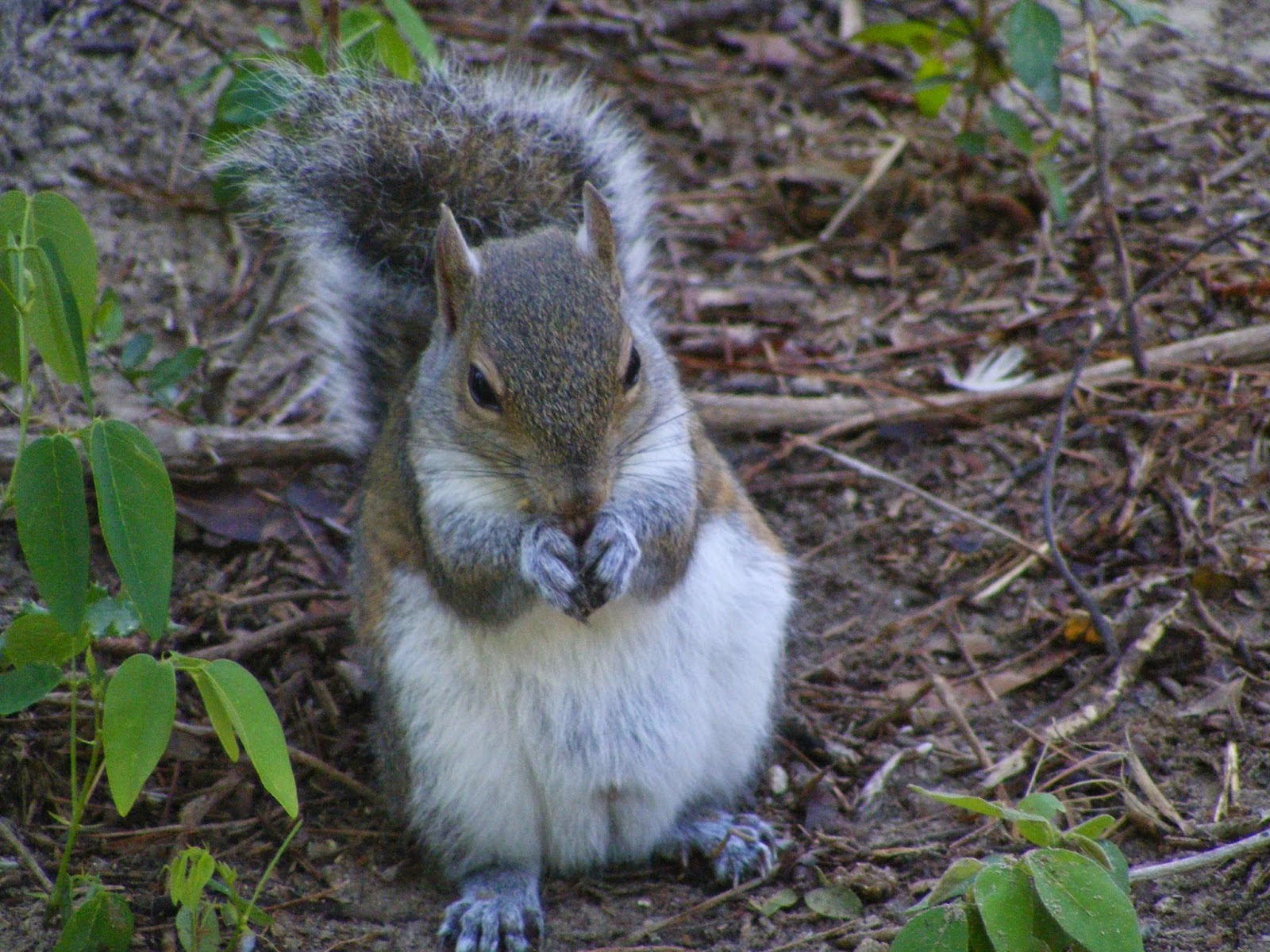 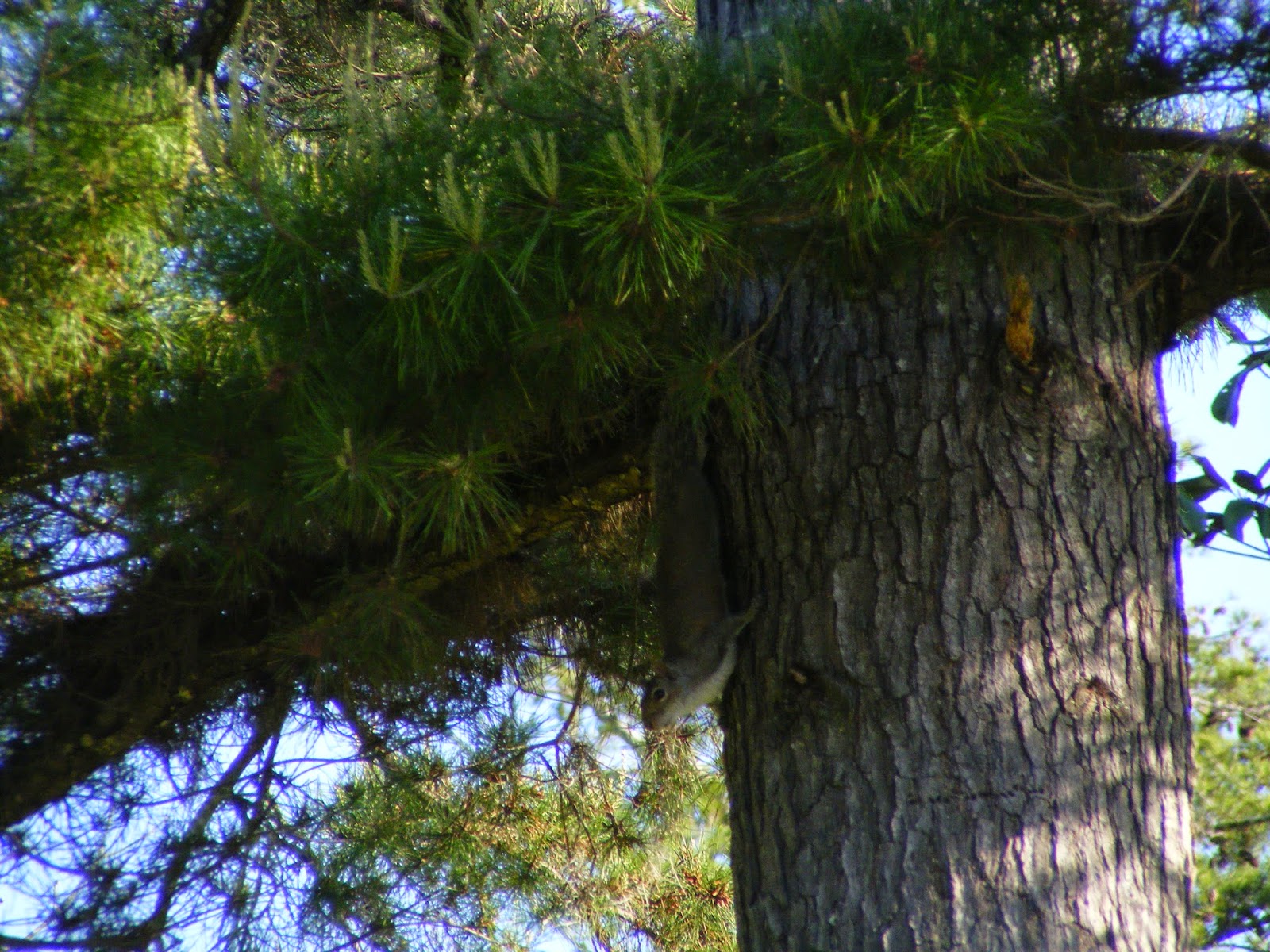 One day, Peewee disappeared.
We searched for him for days, but found nothing and we have no way of knowing his fate.
He came into our lives suddenly, gave us much joy, and left without warning.
His Majesty Whimperish will never be forgotten. 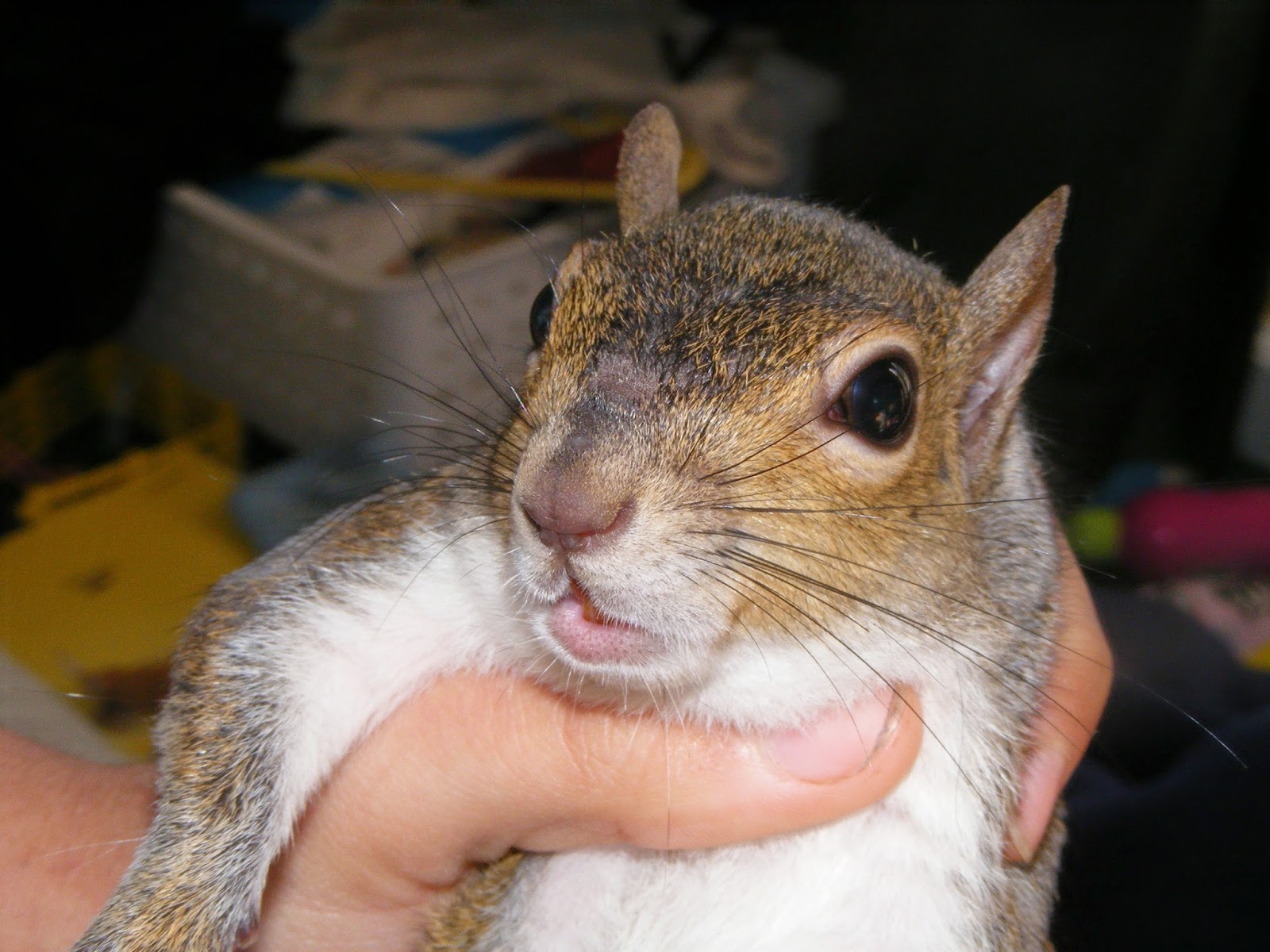 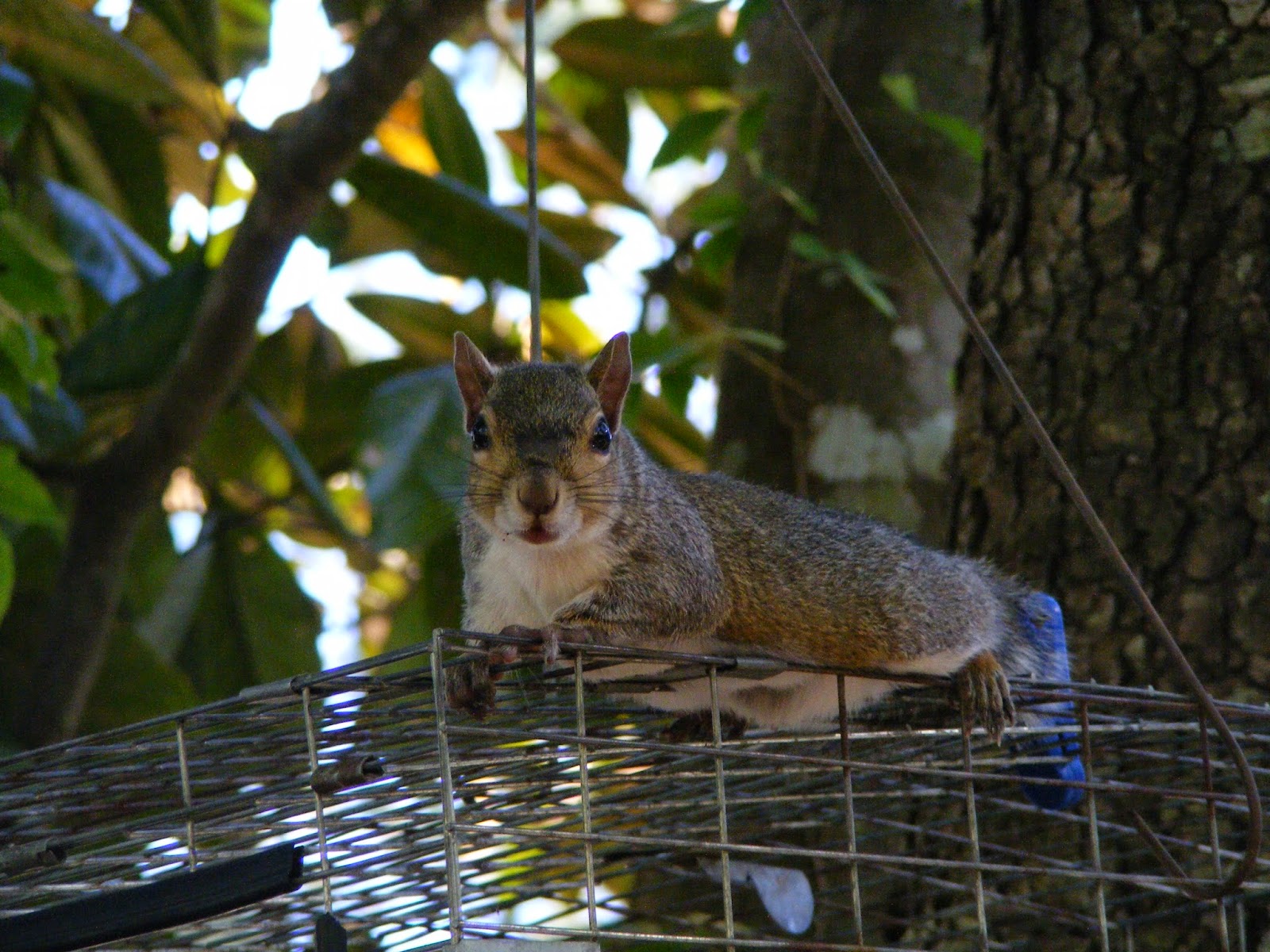 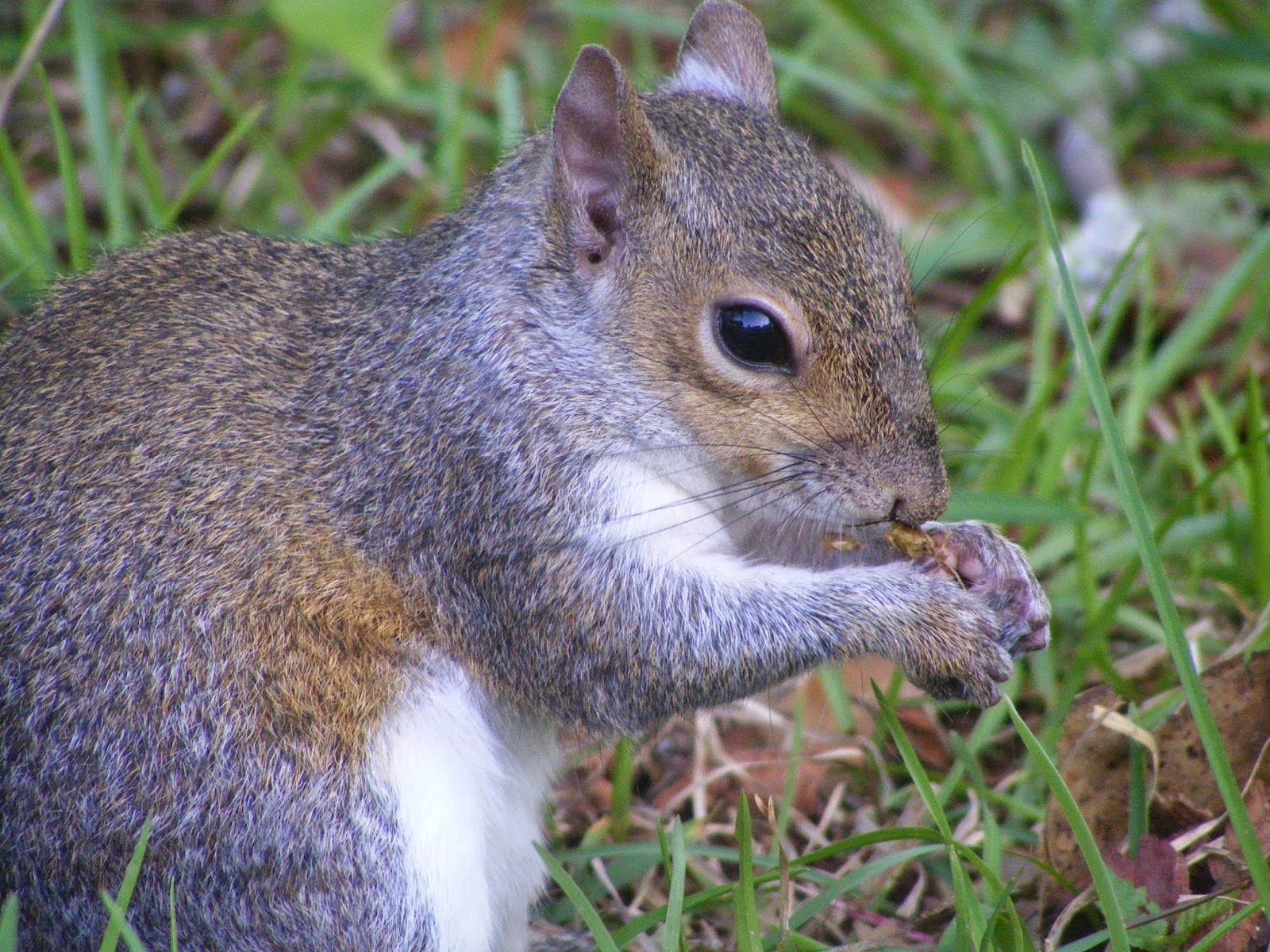 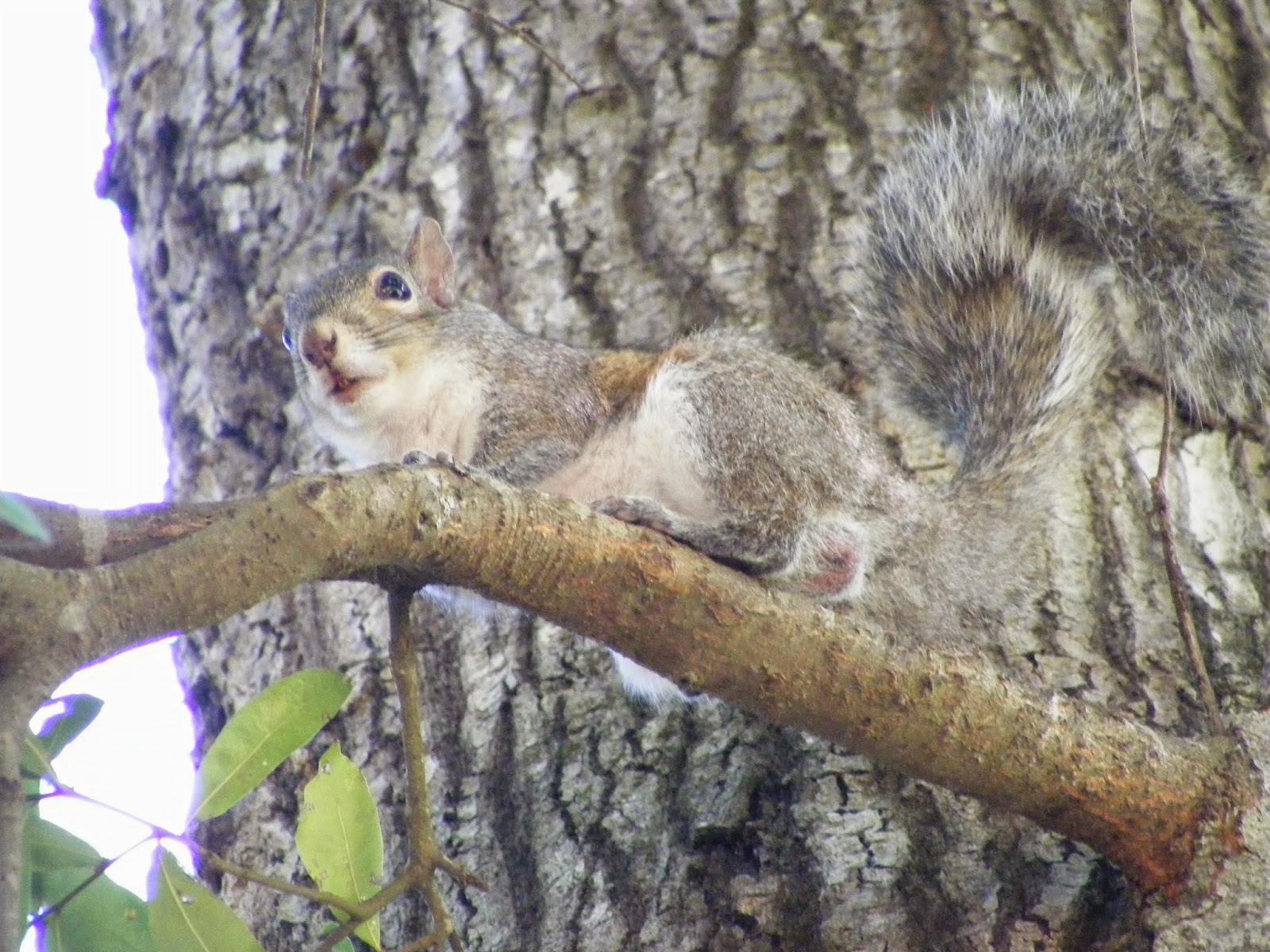 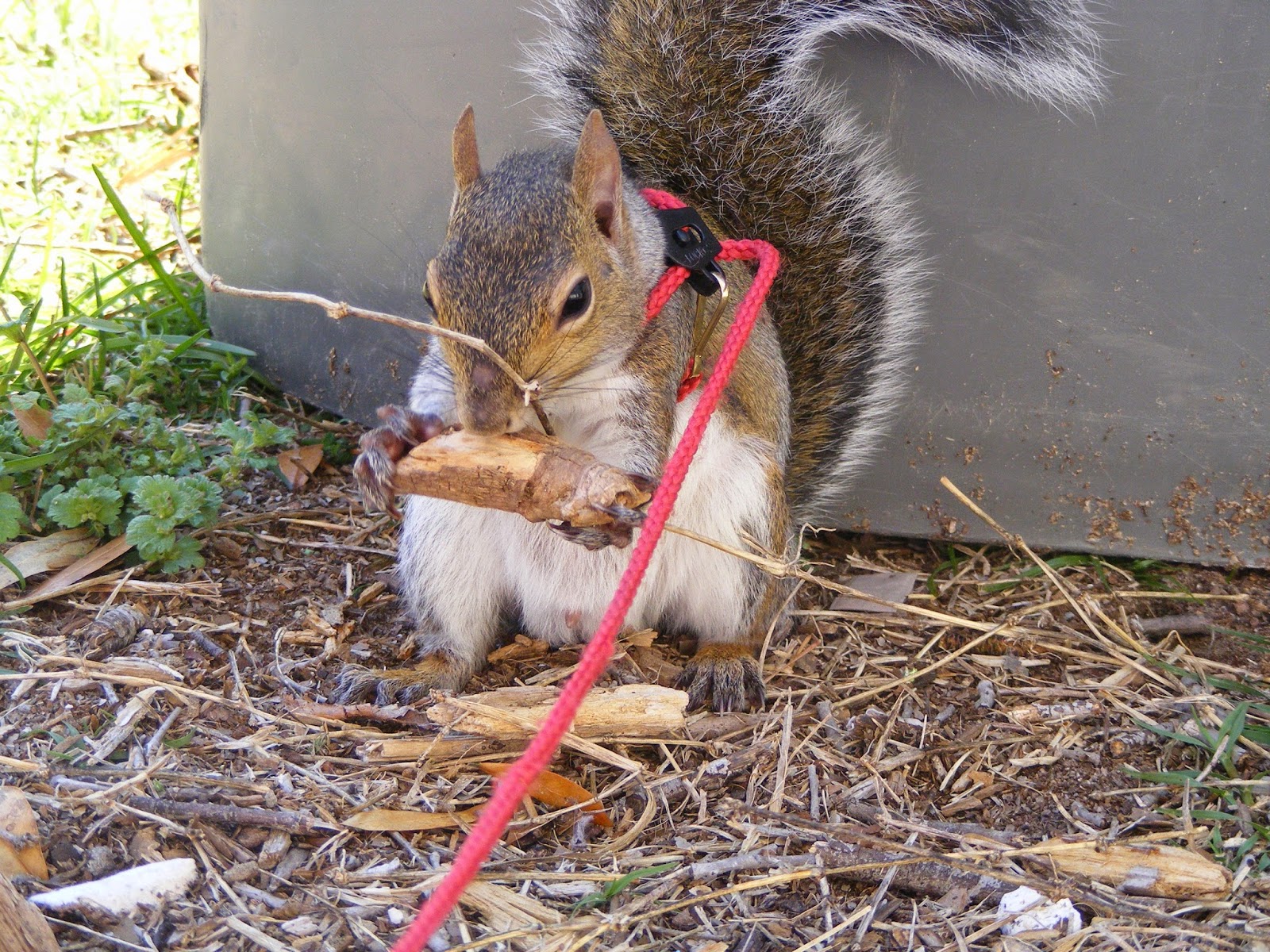 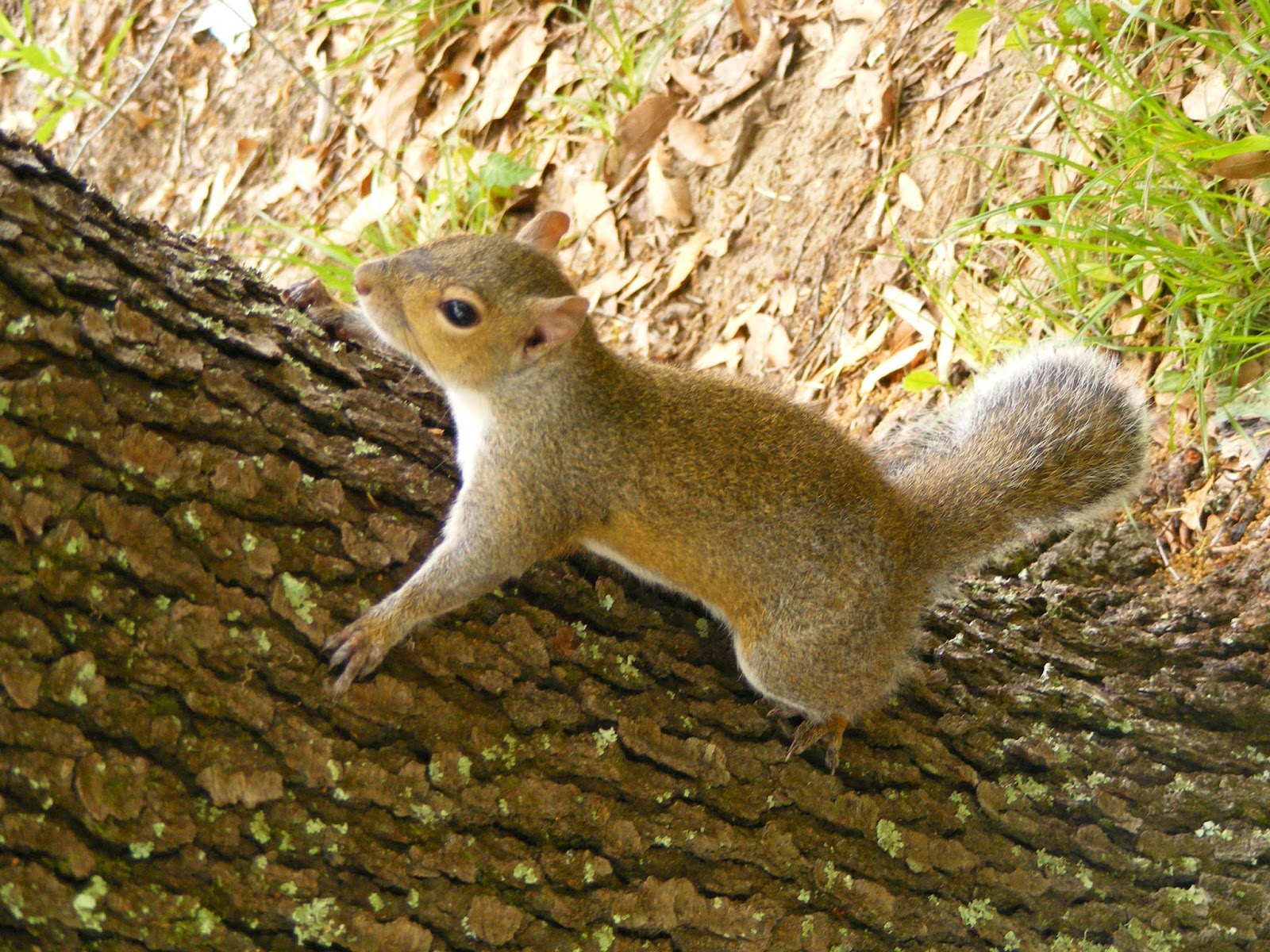 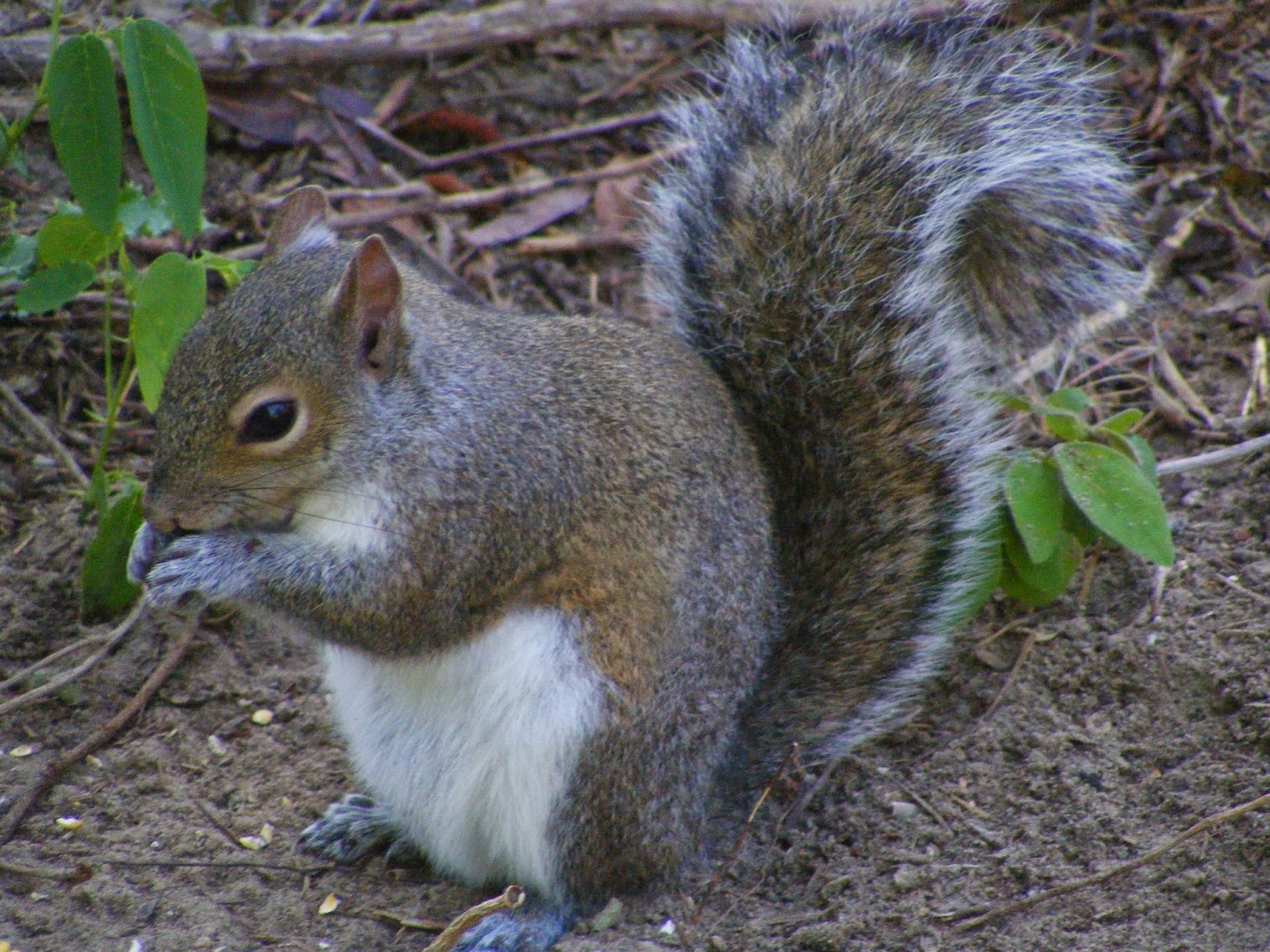 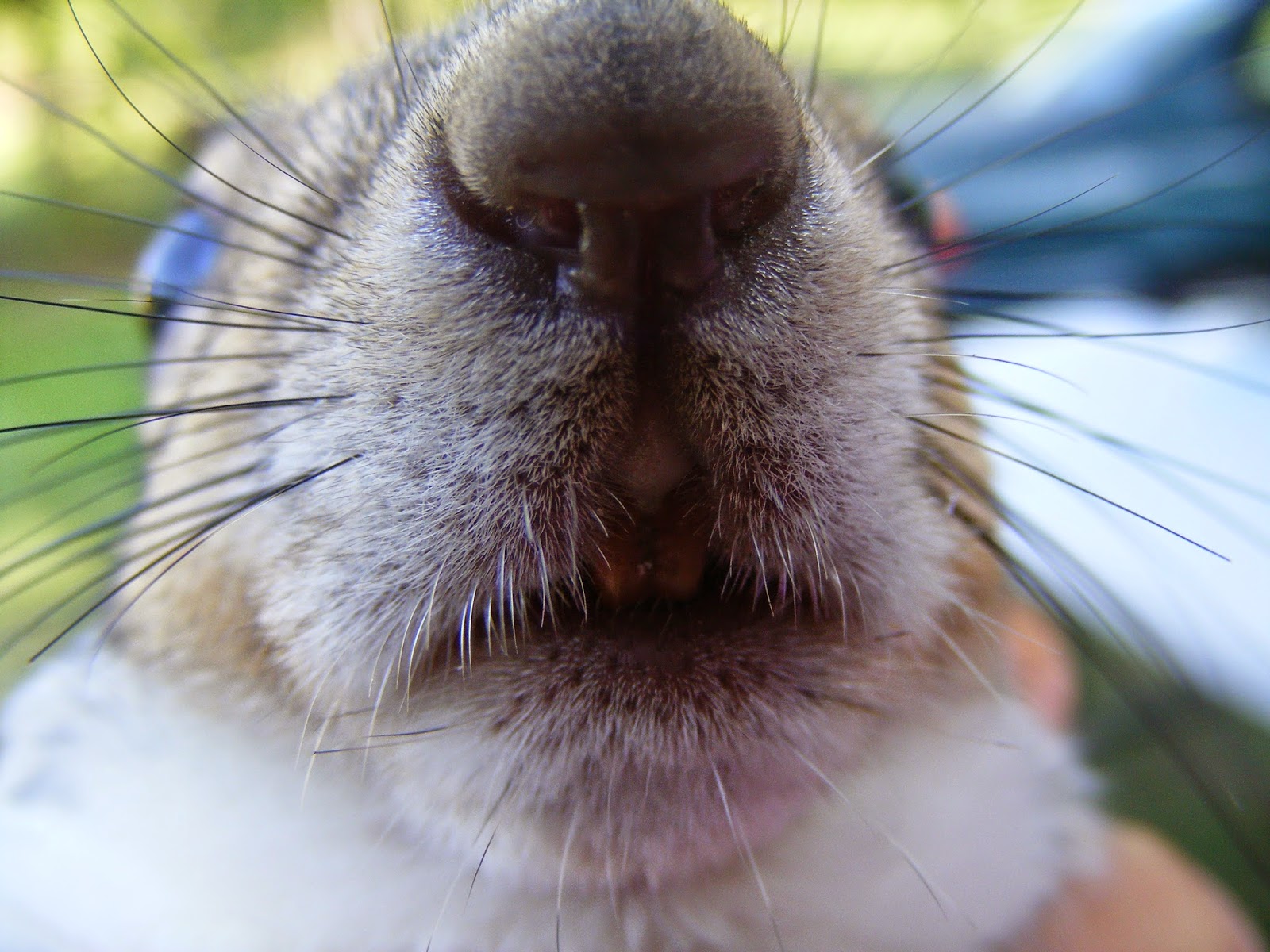 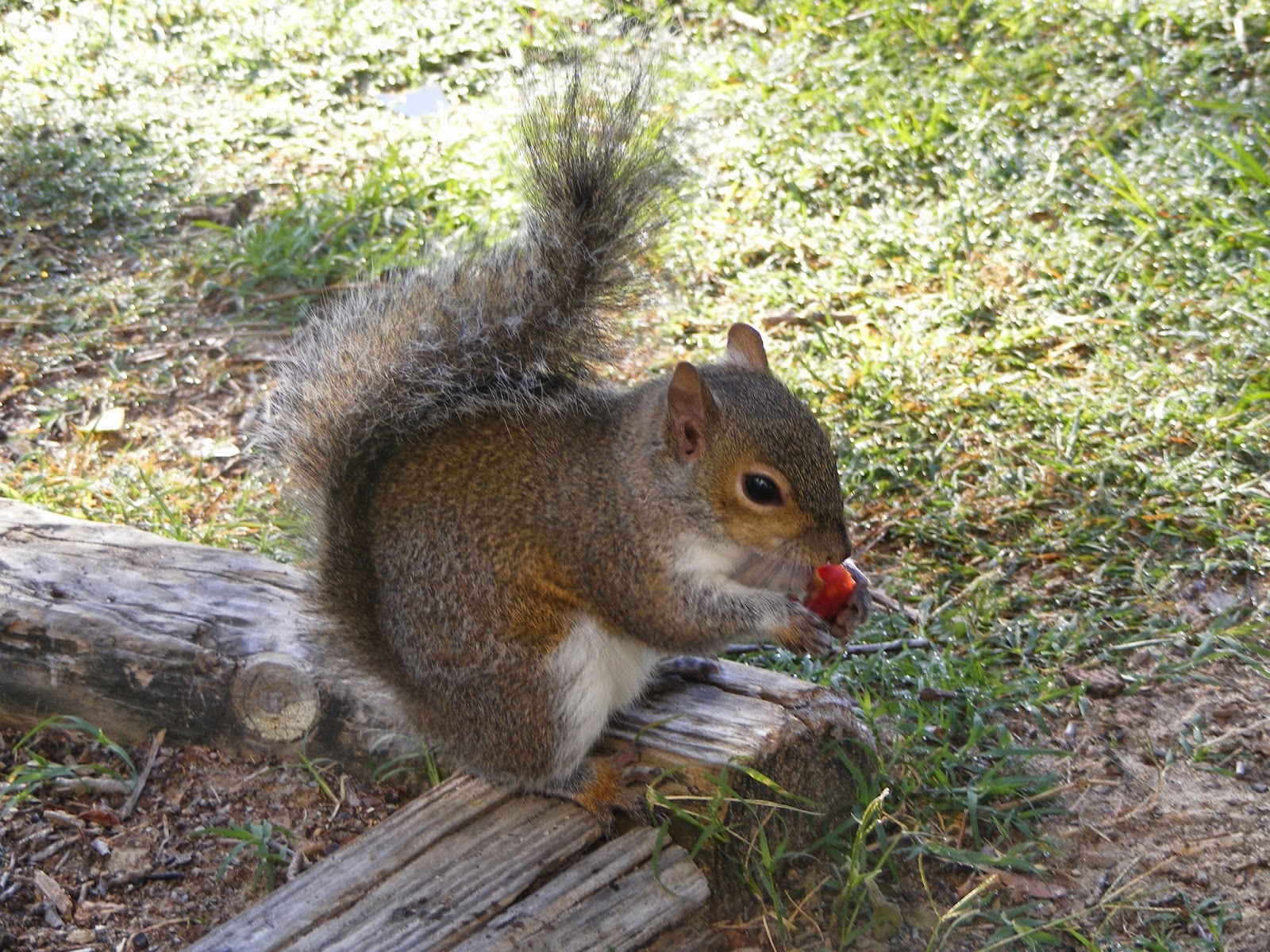 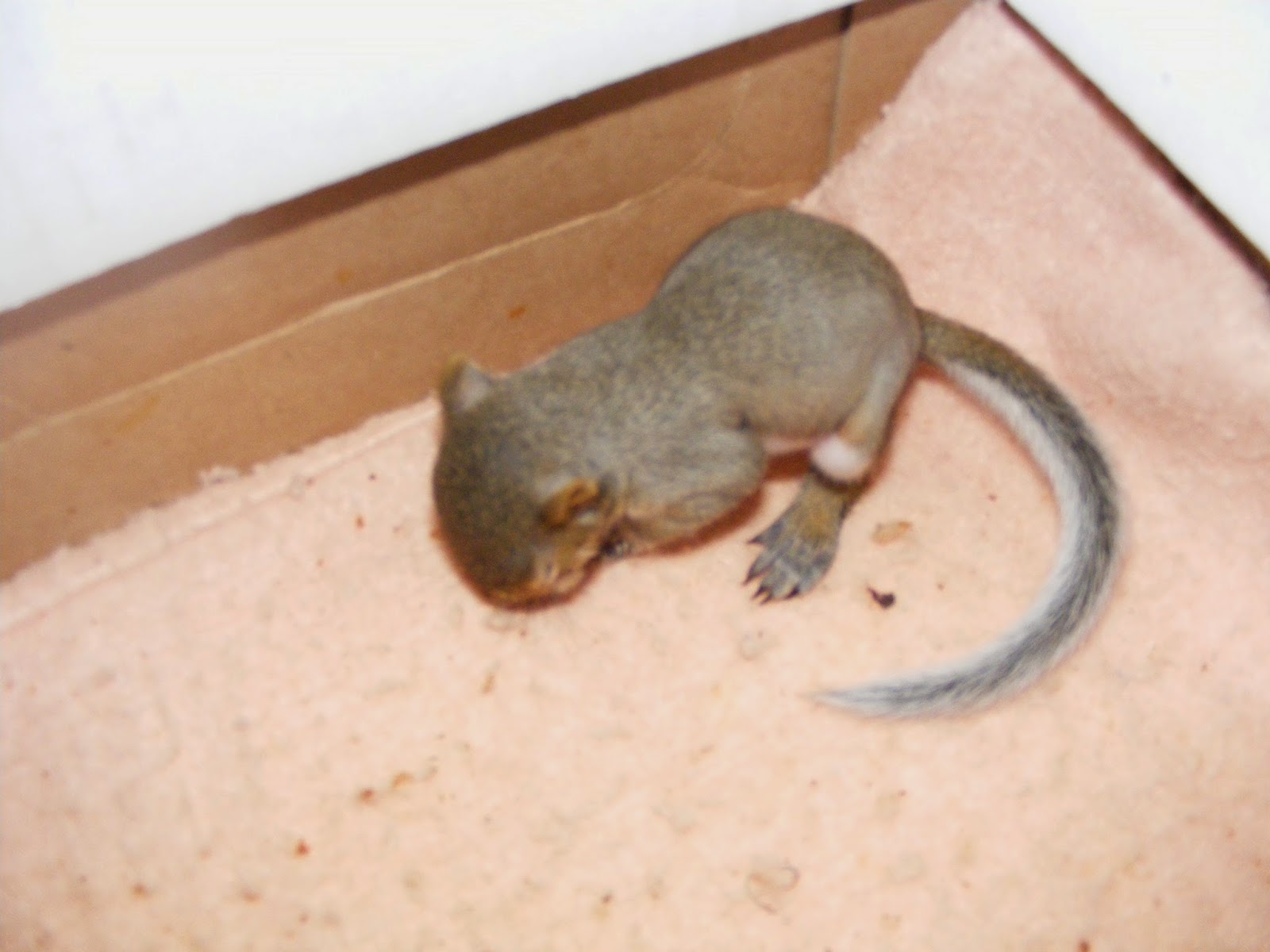