Eric. Eric the Opossum. Eric was found on 4-15-13 in a storm drain by my dad when he was at work. He was found with his three brothers, Trevor, Shade, and Bear. I'm sure a post will come up about them later.
We kept them inside our house for about a month, then moved them outside in a small (not too small) chicken cage that was up off the ground about two feet.
Eric loved to eat. At first we fed them a puppy milk formula in a eye dropper, then we started feeding them vegetarian dog food and veggies when they got older.

I named Eric after the 12 year-old boy Jurassic Park III.
I know it seems hard to tell baby opossums apart, but not when you color their tails with different colored Sharpies. Eric got red.
Just about every Saturday we would let them out in a hole in the side of an oak tree right beside  the cage. They would stay in for how ever long we wanted them in then we would reach our arms in and pull them out.

Eric hardly ever bit any of us, but the one thing he would do was lick. He would lick my hand until he got it good and wet and then he would rub his head in it. Before we let them go, our mom wanted to take a picture of us each holding our Opossums. The best picture we got of me and Eric (Above), which I got in a frame on my dresser, he was licking me. Though we never got a picture of him with his tongue out, I don't think.

On 8-3-13, when they were much older, we let them go in the woods behind our house, which we now own. We found a old tunnel in the ground that nothing lived in any more and put them in there. The next day we found Shade, but Eric never came back. Believe me, I cried after I let him go, because, well, I loved that little guy, even though he wasn't so little.
I remember singing to him, and him even falling asleep right next to me. I cherish every moment I had with that little guy and I hope to see him in Heaven. 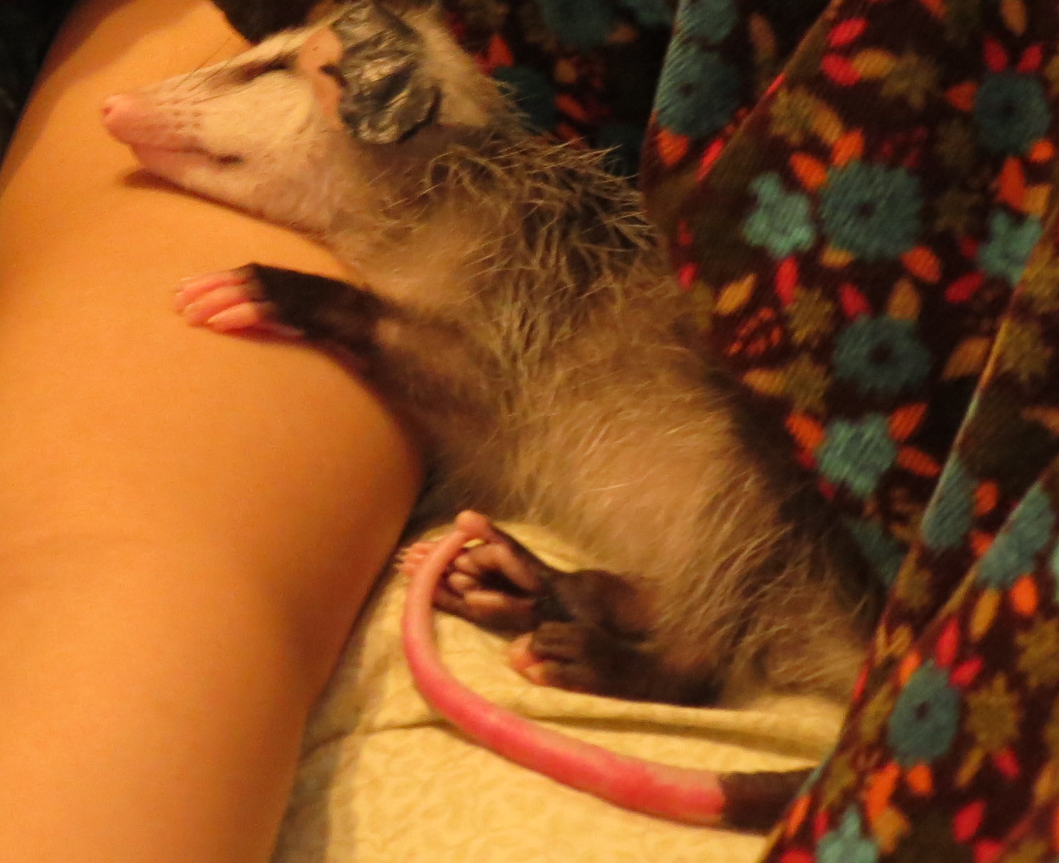 Thanks for reading. Bye.

Heather
My name is Heather. I play the piano and I enjoy singing. I'm a teenager.